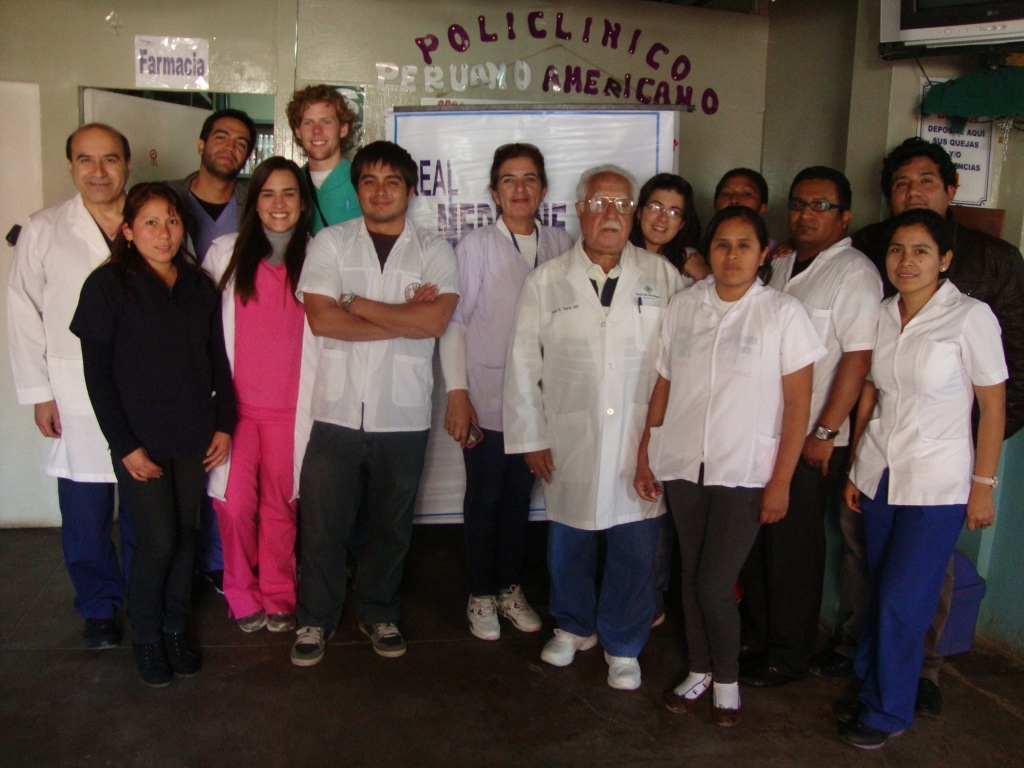 RMF’s Policlínico Peruano Americano in San Clemente has been serving the population of San Clemente since the August 2007 Pisco earthquake.

For the fourth consecutive year, a medical outreach mission was conducted for the populations surrounding San Clemente by the Peruvian American Medical Society (PAMS) and RMF Perú under the direction of PAMS Dr. Hugo Tapia.  This year’s mission was staffed with 3 volunteers in primary care specialties, one medical student, one dentist, 2 dental students, Dr. Tapia, a nephrologist, Dr. Espinoza , a specialist in Infectious Diseases & Internal Medicine, Dr. Espinoza, and Dr. Elba Ramos, a psychologist. 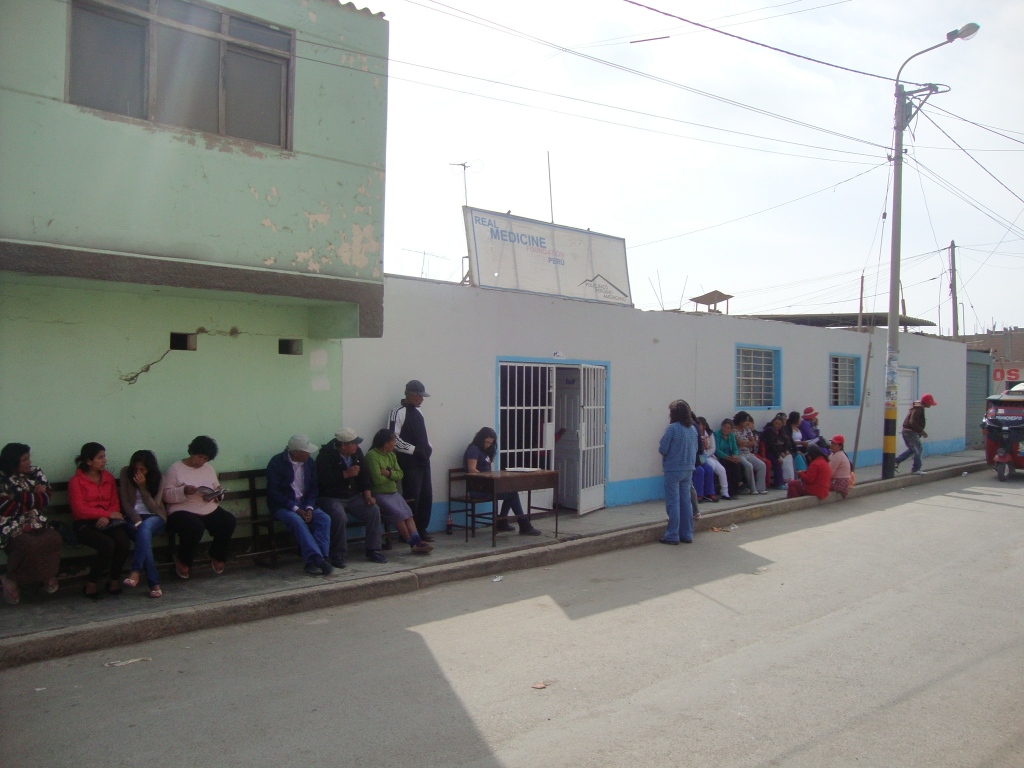 The mission took place on August 13th-15th, from 1pm to 6 pm each day, and a total of 144 patients were treated. Included also were, i.e. free testing and clinical analysis of cholesterol levels, diabetes and urinary tract infections, and free medication for those in need. 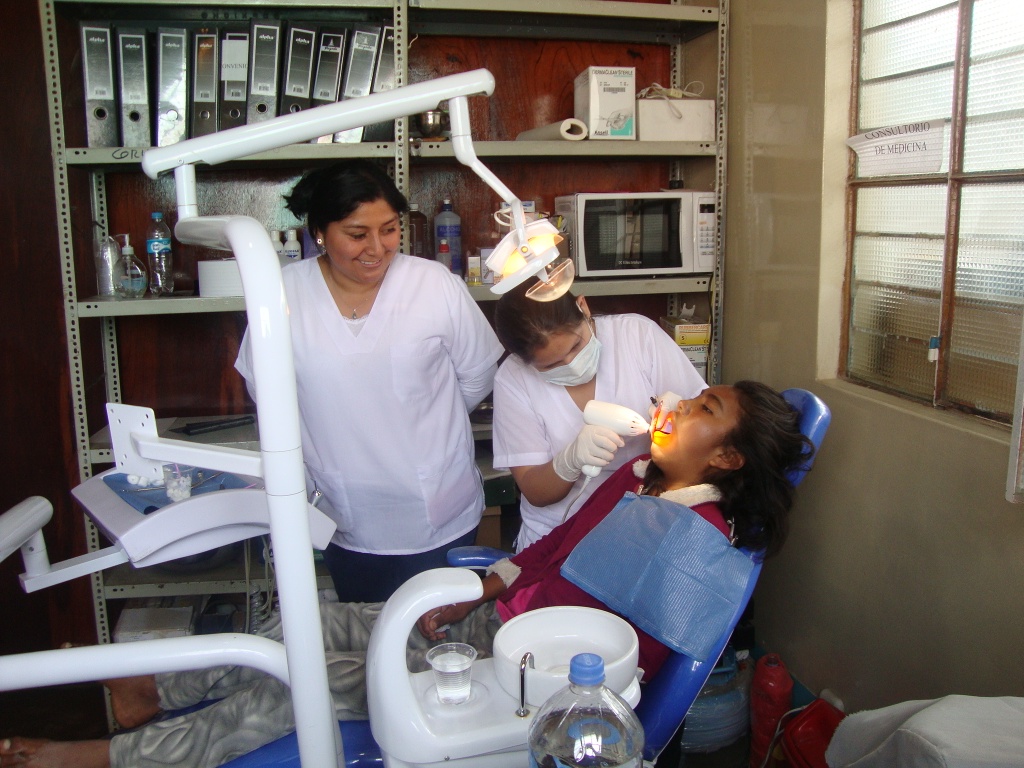 Dental services were also offered; 27 dental patients received treatment, including extractions and fluoridation, and toothbrushes and toothpaste were given out free of charge. In addition to their medical services, a total of $840 worth of medicine, supplies, medical forms, and marketing was donated through PAMS. $90 was also left to the clinic to be used to purchase medicines for low income patients in the future.

Dr. Hugo’s family also donated clothing for children attending the Policlínico. The PAMS team donated two pieces of laboratory equipment to the clinic that will add significantly to the services offered by the lab: 1 Espetofome Trouve-Visible worth $790 and a Micro centrifuge worth $575. 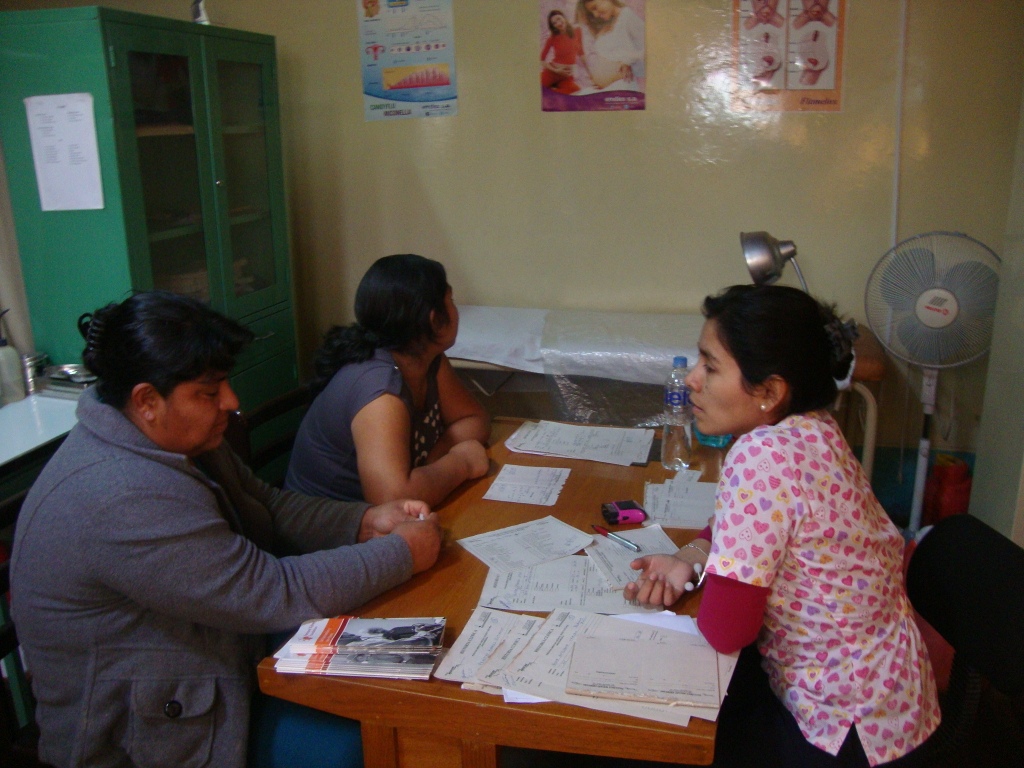 The RMF Perú team: Dr. Karen, Dr. Mabel, Juddyt, Lizbet, Orlando, Mariafe, Leila and Janet, also enthusiastically participated in this health mission and provided refreshments for the doctors and dentists during the mission days. The City of San Clemente, contributed to the mission by providing free transport of the physicians from Pisco to Chincha and back. 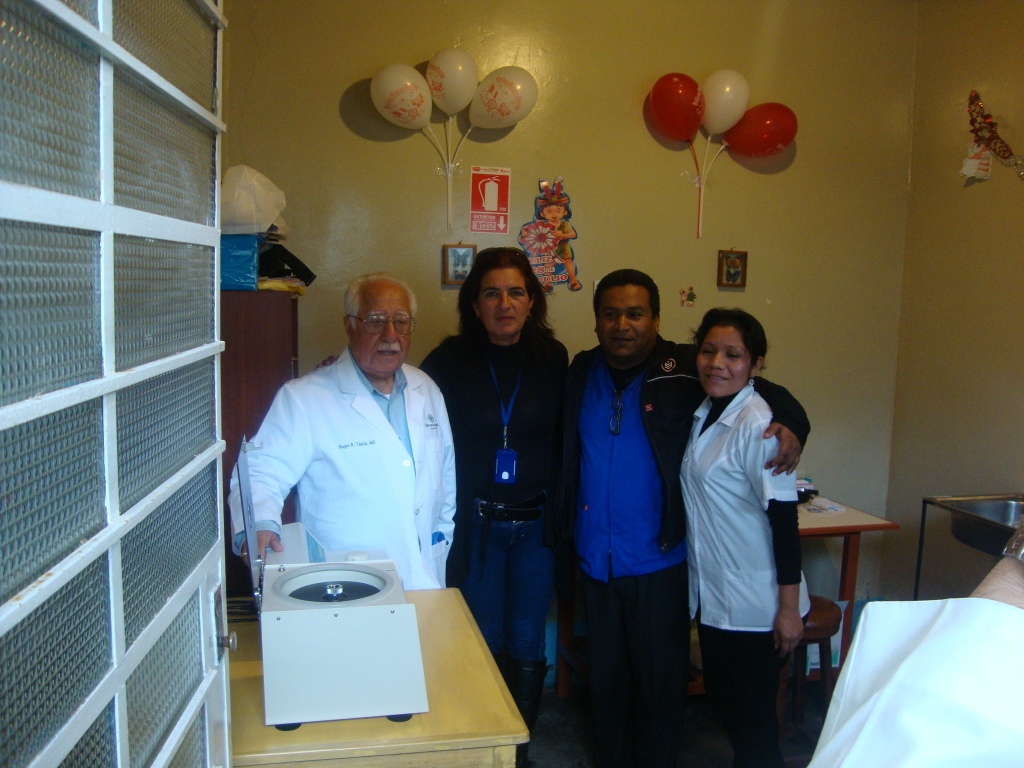 At the end of the mission RMF staff and all of the PAMS team went to the Municipality auditorium for a Closing Ceremony to the Campaign with a representative of the Mayor present. During the ceremony, Dr. Hugo gave an overview of the previous missions and then gave a certificate of appreciation to all participants on behalf of RMF Perú and PAMS. 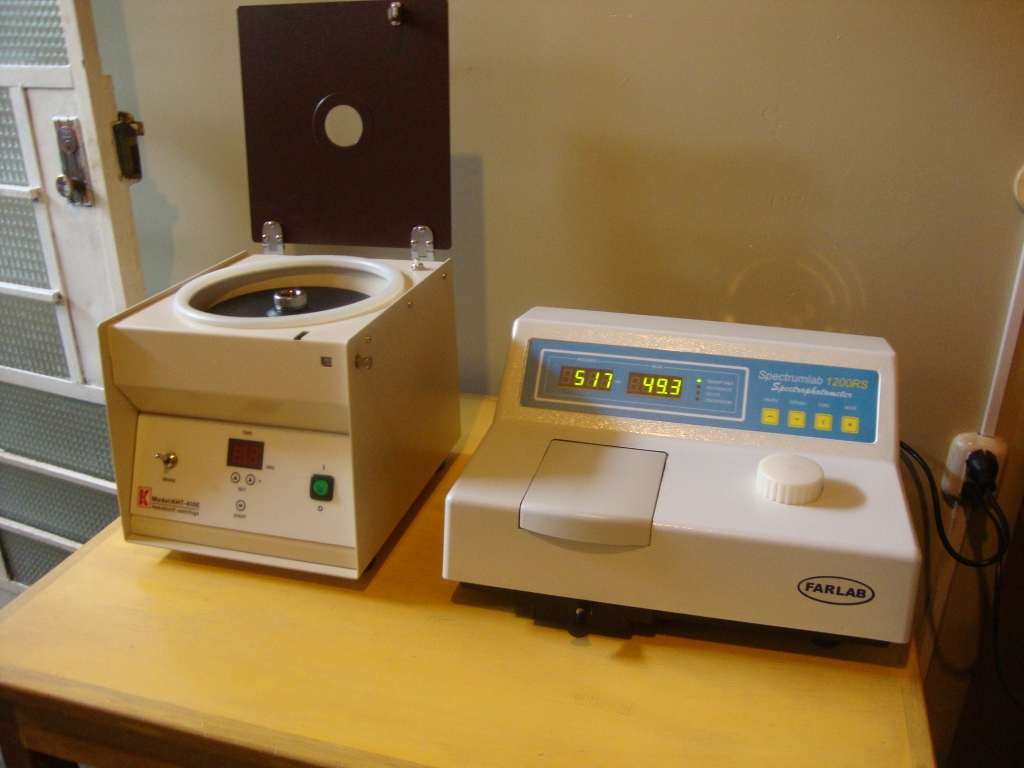 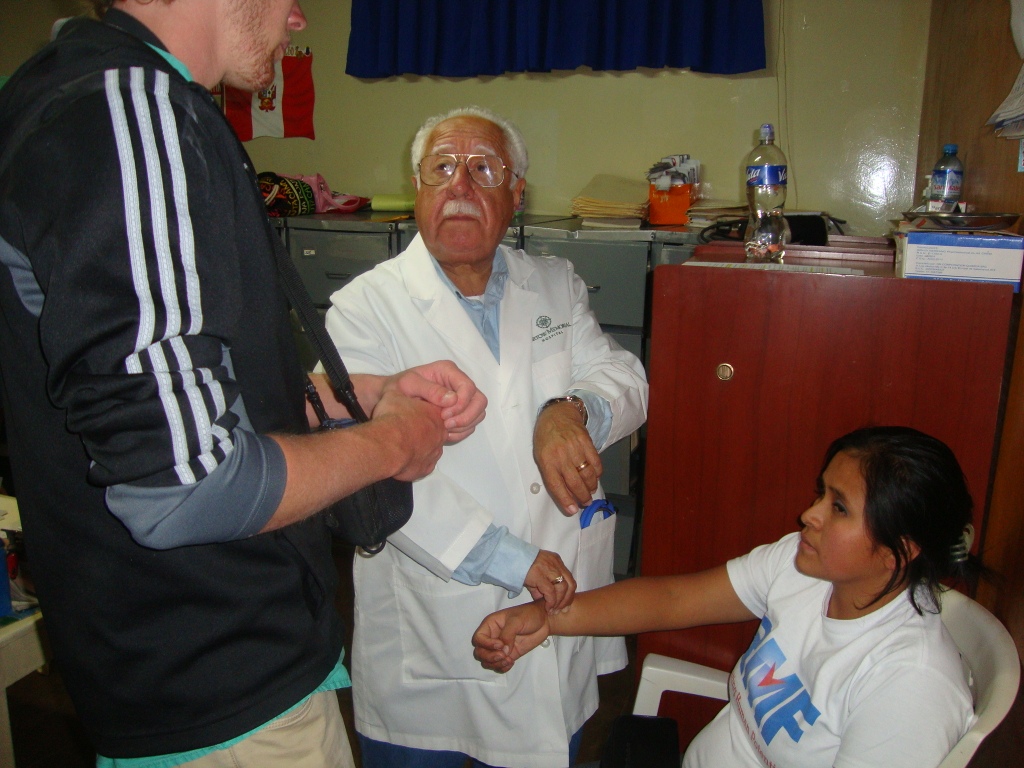 The RMF Perú eam also presented an acrylic plaque to Dr. Hugo and PAMS in appreciation for his dedication in bringing aid to the neediest of San Clemente.

RMF Perú thanks the entire PAMS team, especially Dr. Hugo, for conducting another very necessary and very successful mission for the people of San Clemente. 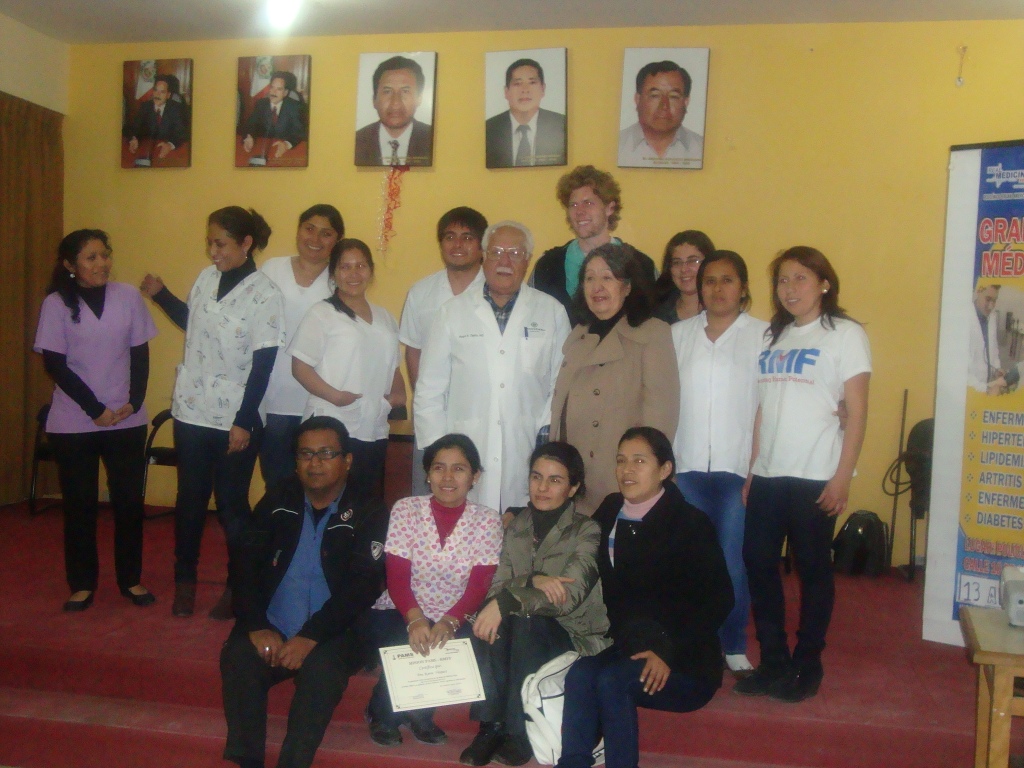