On August 15, 2007, Pisco, Peru experienced a deadly earthquake…7.9 on the Richter scale.   Over 1,000 people died, 40,000 families were left without homes, and 150,000 people were left without water.  The majority of the health infrastructure was damaged or destroyed in the earthquake and the people were in need of medical attention.  The Real Medicine Foundation team was deployed to Peru on October 12 in an effort to assist those in need.

The primary objective of our project was to bring long-term free healthcare to the victims of the earthquake who had lost their homes, possessions, and in many cases, loved ones. The areas most affected were Pisco, Ica, Chincha, Cañete, and Huancavelica. The site of the RMF clinic is in San Clemente, Pisco. San Clemente is the poorest district of Pisco and the overwhelming majority cannot afford to pay for health services. In addition, outreach programs have been initiated to service the health needs in the very remote and impoverished areas around San Clemente and Pisco.

San Clemente is a very impoverished area and all of the services offered are free. The clinic places much importance on prevention and education and this is evident within all facets of the clinic’s operations.

The new location for the Policlínico Peruano Americano opened its doors on March 21, 2011 on Calle 10 de Septiembre Nº 101 in San Clemente. Operating Hours: 7am – 4 pm

– Treatment of acute and chronic illnesses in the urgent care center “Policlínico Peruano Americano.”  San Clemente is a very impoverished area and all services are offered free of charge. Much attention is given towards prevention and health education within all facets of the clinic’s operations.

– To improve the comprehensive health of the community through outreach programs, educational programs, and public health initiatives.

Ms. Gallegos María Mendivel, 46 years old and a widow of 12 years, lives in San Clemente and has a daughter and two grandchildren living with her.  She has been a Diabetic for the past 4 years and five months ago she came into the clinic for the first time with a wound on her right heel from a nail puncture She received treatment daily for 1 month and her wound improved. She then had to leave San Clemente to attend to her brother who was left paraplegic in a car accident. One week later she returned again to our clinic and showed elevated blood glucose (246 mg/dl) levels and a foul-smelling wound on her leg with signs of necrosis.  She was informed that she needed to immediately be seen by a specialist at the hospital or risk losing her leg.  She was then transferred for advanced care to the hospital. After one month of hospitalization she returned to our clinic in January to thank us, and now has stable glucose levels and continued daily treatment of her leg wound.  She will continue to consult with the specialist at the hospital as well. 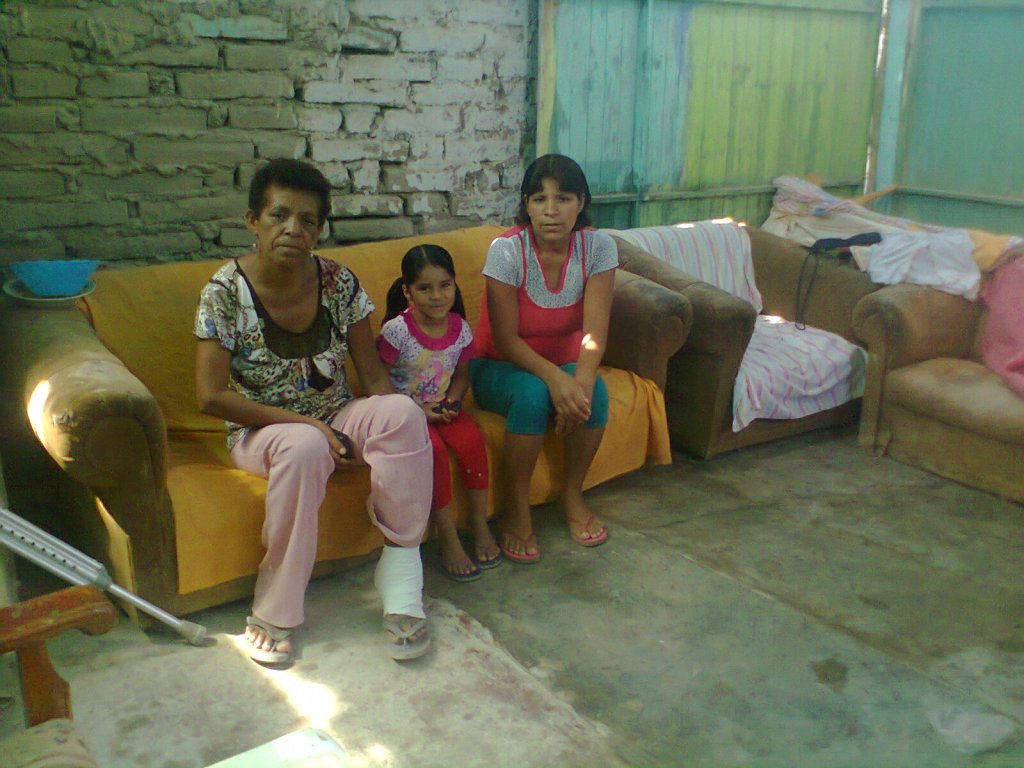 Yataco Rosa Maria Mendoza is a 46-year-old native of the city of Pisco. She is separated from her husband and has two daughters who have decided to live with their father. Ms. Rosa Maria lives alone in her house, and works in agricultural labor to earn a living.  She came to the clinic because of abdominal cramps and heaviness.  Examinations showed a high hypogastric level, abdominal distention, and intestinal parasitosis. She received treatment for the gastritis and parasitosis and had significantly improved after 10 days. 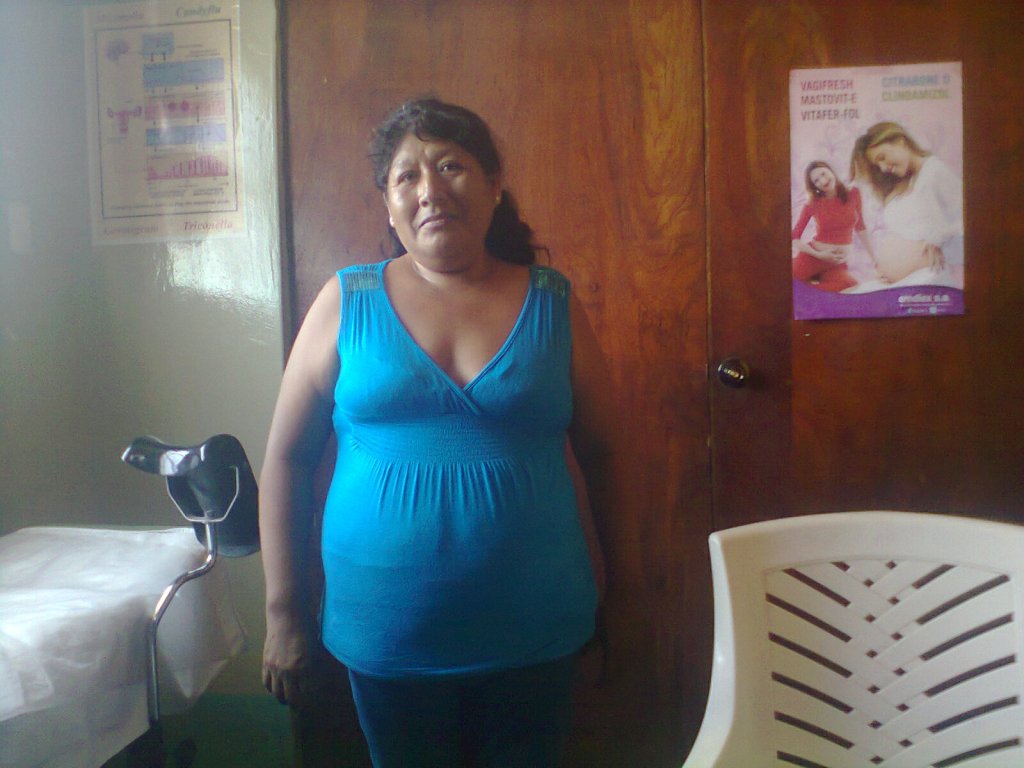 Magellan Ms. Juana Córdova, 25 years old and married for 10 years, works in the garment factory in Pisco and her husband sells sodas. They have 3 children: Hector, 7 years old, Jefferson, 3 years old and, Juana Xiomara, 1 month old.  They all arrived at the clinic for respiratory problems with Jefferson presenting with pharyngeal tonsillitis for which he was treated with amoxicillin and ibuprofen syrup; Xiomara was showing symptoms of stridor and respiratory distress at night, which was diagnosed as a mild croup.  Xiomara and Jefferson both improved after the treatment and thank RMF for the clinic’s services. 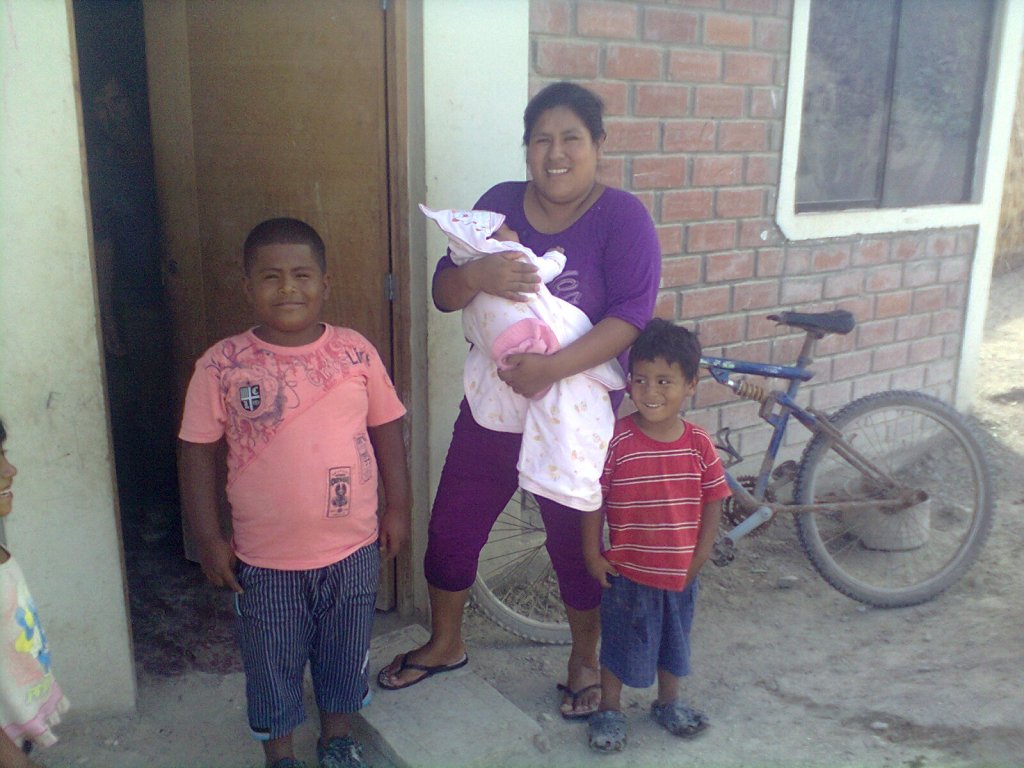 Mauro Vargas Consilla is a 78-year-old man from the city of Abancay Apurimac. He first came to our clinic three months ago following an accident where he was hit by a truck and given improper home treatment, treating his broken bones with wood splints, rags and Indian herbs.  This treatment was left in place for a long time and the affected area was not washed. He arrived at the clinic in pain and upon examination, the doctor found a large amount of peeling skin and nail fungal presence.  After cleaning and X-raying and finding a large callus had formed, he was ordered to return to the clinic for a dermal mycosis evaluation, given painkillers and instructed to support his leg with crutches when he walked.  Further follow up will be required. 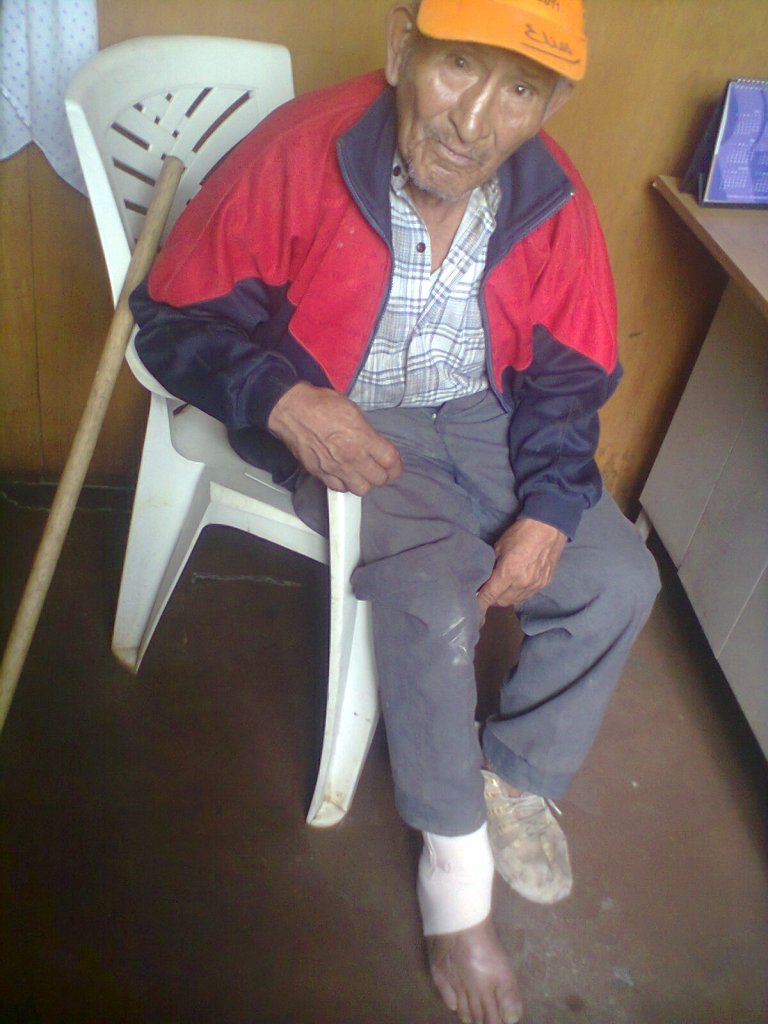 Carrión Rodríguez Elijah, a one-month-old child was brought to the clinic for the first time at the age of 18 days by his mother Juana Carrion, 34 years old,  describing symptons of him being very colicky, vomiting in small quantities after nursing, having yellow colored stools, and abdominal distension. The child was transferred to Neonatology at the Hospital for evaluation, where was found that the child had a duodenal hernia, needing surgery. They will wait a bit longer until they are able to operate and the clinic will continue to follow up. 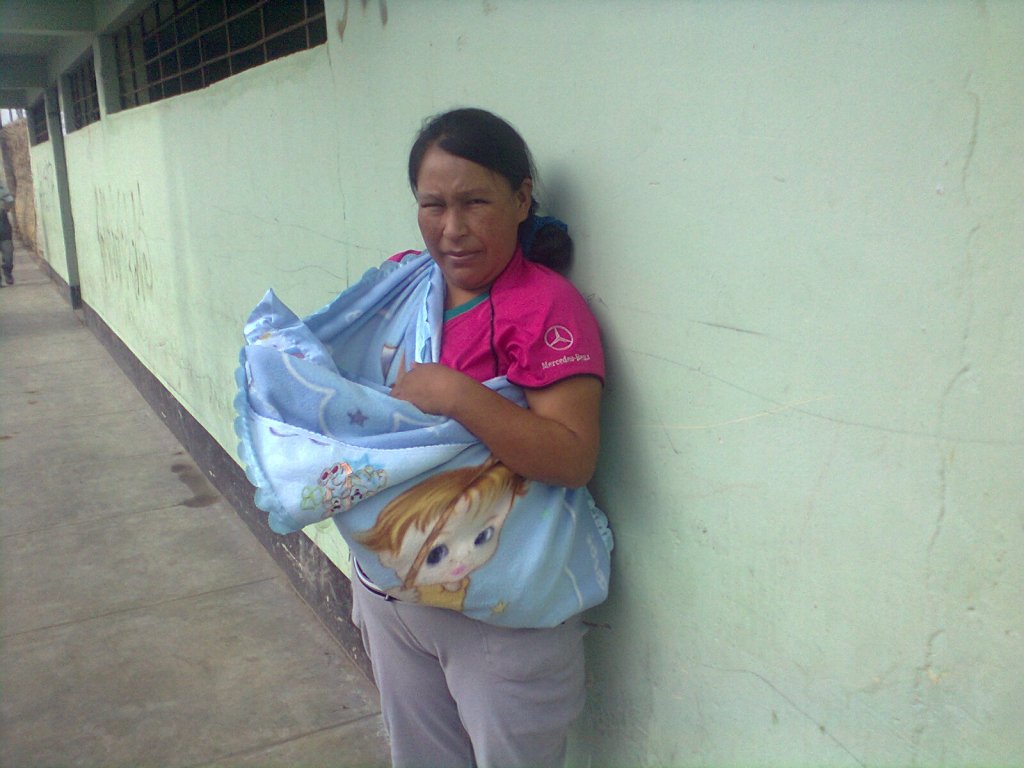