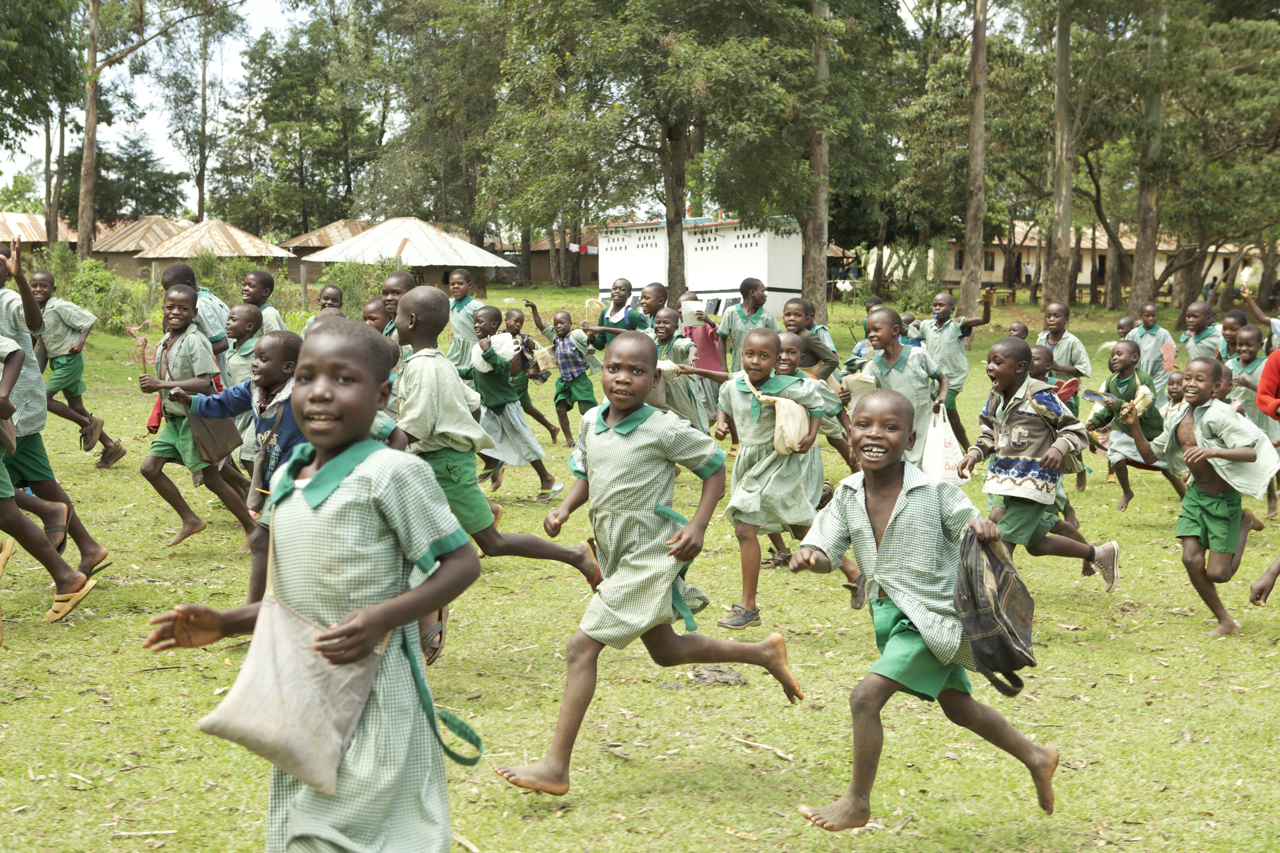 RMF/LCA Health Race in Lwala, Kenya– simultaneous to the LA Marathon on March 18, 2012

Only a few of the feet at the starting line were clothed in worn-out Keds, a pair or two of sandals, and a single pair of sneakers. The rest of the feet were bare. There were no iPods, no heart rate monitors, no electronic chips to tell the runners their speed and pace.  But there was a palpable excitement as runners bounced up and down, warming up as they waited anxiously for the start of the race. 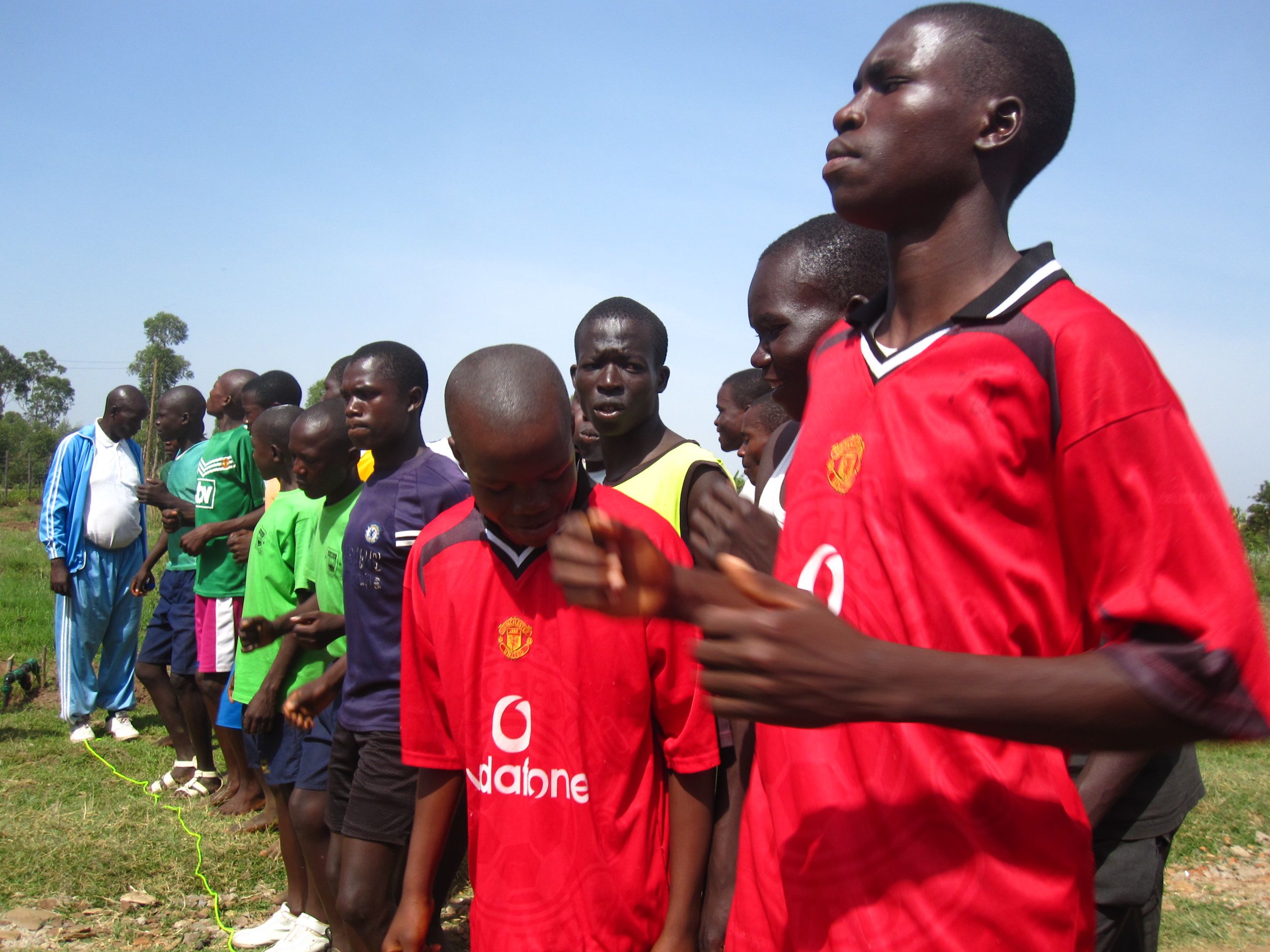 I sat on the back of a small motorcycle facing backwards to take photos of the runners and so that they could follow us along the unmarked route.  As the announcer started the race, the motorcycle took off, and the students rushed out of the gate of the hospital compound.  As the motorcycle bounced along the uncomfortably bumpy road, the students almost caught up to us because they were able to run along the rough road faster than we could drive.  As the race continued, the runners casually ran past and around ox carts, goats, and tractors. Along the path, Lwala Community Alliance staff and volunteer teachers handed out glucose powder, water, and colored rubber bands that indicated that runners had passed each point.  The runners continued along the rough road, bare feet pounding on the hard ground and rocky surfaces, but even this didn’t slow them down.  LCA nurses patrolled the route on motorbikes checking for runners experiencing heatstroke or dehydration. 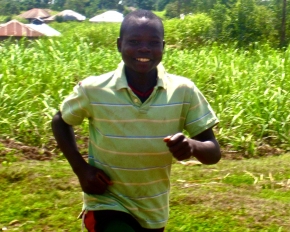 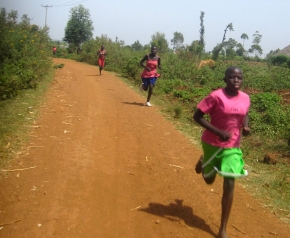 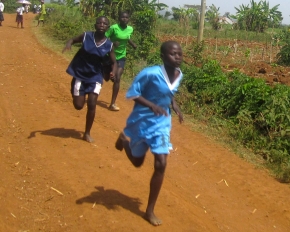 As the students reached the large sign advertising the way to the Lwala Community Alliance, they looped around and ran the route back to the hospital.  Since the girls had started 20 minutes after the boys, the boys soon passed by the girls on their way back.  As we led the frontrunners back towards the finish line, the runners we passed along the way smiled and gave us thumbs ups as if they had just been on a casual jog instead of the intense pace at which they were running.  As the first runner approached the hospital gates, the crowd of hundreds of students, teachers, and community members began to cheer loudly. 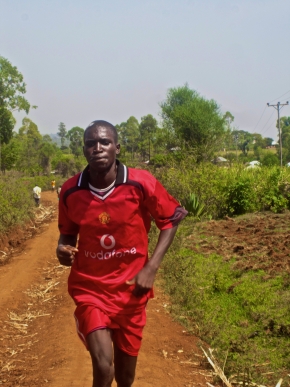 The first student to pass the finish line was Charles Okinyi from Tuk Jowi Primary School, in second place was Denish Odoyo from Sumba Primary, and in third place was Enock Opiyo from Kuna Primary. 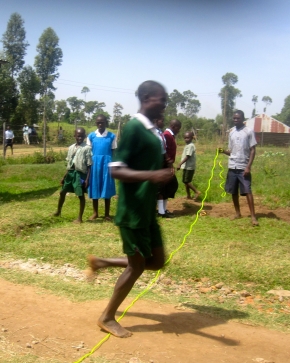 As the students cooled down from the run, the announcer thanked the various Lwala Community Alliance programs that had come out in support of the race.  The New Visions Sewing group had set up a stand to market the clothes, uniforms, reusable sanitary towels, and other products they had sewn. The Furaha Soap group sold liquid soap and disinfectant along with sodas and cookies for the waiting spectators. Not far away, the clinical staff from Lwala Community Hospital were offering free care and treatment for children under 5 years old and a flat fee of $3 for anyone over 5.  Mothers with their children were lined up outside the tent waiting for vaccinations, Vitamin A supplements, and HIV tests.  Throughout the day, over 180 people were seen by the staff.

Back at the finish line, the announcer began the awards ceremony. Rounds of applause and cheers of approval were heard as each student winner was awarded a pair of sports shoes, a trophy, and a certificate.

The schools of each of the top runners received awards as well, including sports uniforms for the two winning schools and sports balls for the schools of the second and third place runners. The students, parents, and teachers in attendance were ecstatic about the event.  The event also gave the Lwala Community Alliance staff an opportunity to provide the community with pertinent information on health issues.  All in all, the race was an amazing success and one that could not have been possible without the support of Real Medicine Foundation.