During this last reporting period of November ’09 through the end of February ’10, there continued to be an enormous amount achieved by the health staff at the Lwala Community Health Center through their compassion, perseverance, and skills. 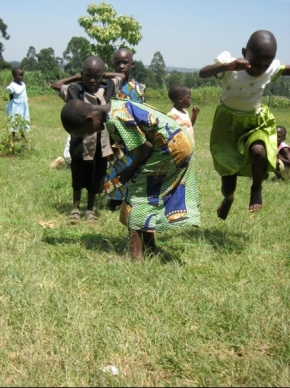 The primary beneficiaries of the Lwala Community Alliance work are children, pregnant women, HIV infected persons and the elderly. Prior to the establishment of the clinic, there was no immediate access to primary health care or HIV/AIDS testing and care. For this reason, the Lwala health intervention has focused on primary care for children, access to medicines (particularly vaccines and antimalarials), HIV testing and care, public health outreach and safe maternity. The impact continues to be substantial, though more work is to be done and systems of measurement need to be strengthened.

During this last period, the clinic provided primary care for 4,380 patients, including full immunization for over 40 children, circumcision of 4 male infants. We delivered the babies of 5 HIV positive mothers providing all with PMTCT care. Three Umama Salama workshops were held with 47 women and 9 men being trained in all Safe Motherhood lessons. The clinic also held three Children’s Club sessions for HIV positive children and selected 4 new scholarship recipients for secondary school.

A partnership with Marie Stopes International has been developed to provide long lasting and permanent methods of family planning in Lwala. At the first session held, 3 women received tubal ligations, 2 received implants and 1 received an IUD. As part of the HIV program, 130 adult males were tested, counseled and circumcised during a two week campaign and the clinic began sending regular formal invitations to partners of HIV positive clients to invite them for testing.

In the continuing efforts to improve program and staff support, a Kenya program director was trained and transitioned to Lwala, 2 Nurses sent for training in PMTCT documentation, a new Nurse Aid, Niphrine Auma, was hired and a staff handbook was established for Kenyan staff.
The 2010 Strategic Plan has been established for Kenyan programs and the executive director completed the 2 week strategic planning trip to Kenya. Plans for the maternity ward are also being finalized by the architect hired in Nairobi.

The clinic is also very proud to receive recognition at the Clinton Global Initiative for our Safe Motherhood program and receive a $314,000 grant from Ronald McDonald House Charities to establish a mobile health unit in Lwala. Potential partnerships with Jamii Bora to mobilize community around micro financed activities and EngenderHealth to discuss partnerships regarding reproductive health and HIV services are developing. 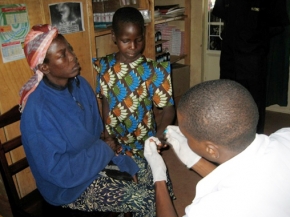 Providing care and treatment to HIV infected children is a priority for the Lwala Community Health Center and FACES, our partner in providing comprehensive HIV services to the community. HIV positive children often go undetected because parents are reluctant to bring their children in for testing. Using a family centered approach, Lwala’s staff has worked with FACES to counsel, test, and enroll children into care. 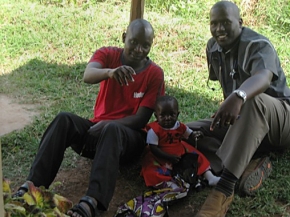 When Gracia Atieno’s mother came to the Lwala Community Health Center in April of 2009, she was very sick. Clinic staff counseled and tested her for HIV. After confirming a positive diagnosis, the staff tested Gracia. Sadly, the 8-month-old little girl was positive. A close examination quickly demonstrated that Gracia was facing a multitude of clinical problems including HIV encephalopathy, severe anemia, toxemia, and tuberculosis. To make matters worse, Gracia weighed only 2.4 kgs (5.28 pounds).

Because of Gracia’s severe situation, the regimen of ARVs that is typically prescribed was inappropriate. Clinical Officer John Badia called a physician who works with our partner in HIV care, FACES. Dr. Lisa arrived in less than 24 hours and confirmed the diagnoses. She worked with Badia and the provincial pediatrician to design a regimen. Together they began treatment and nutritional support.

For months, Gracia was monitored through weekly visits. Soon, she started gaining weight. In June, Gracia’s mother failed to come for an appointment. The community health workers in Lwala quickly traced her to ensure both, Gracia and her mother were taking their ARVs.

By September, Gracia weighed 6 kgs (13.2 pounds) and her TB symptoms had vastly improved on treatment. She received all of her childhood vaccinations. Clinical Officer John Badia was personally impacted by Gracia’s remarkable recovery. He remarked, “It’s amazing! With good advice from other pediatricians, we were able to adapt a new regimen to fit Gracia’s case. It was great to see such a child being cured.”

Greater Choice for Women and Men of Lwala

Access to family planning is a crucial piece of ensuring healthy children and families and reproductive choice for men and women. Until this year, the Lwala Community Health Center has offered a limited number of short-term and reversible family planning methods including condoms, injectables, and oral contraceptive pills. These are the standard options for the vast majority of clinics in Kenya. This year, the Lwala Community Alliance has partnered with Marie Stopes International to offer long lasting and permanent methods of family planning in Lwala. Tubal ligations, vasectomies, implants and intra-uterine devices are all available through Marie Stopes’ mobile clinic.

To prepare for the first mobile clinic visit, the Lwala staff mobilized and educated the community about long lasting and permanent methods for family planning. Mobilization lasted through the month of February. When Marie Stopes visited in March, 3 women received tubal ligations, 2 received implants, and 1 received an IUD. The clinic will return in May and is sure to receive more clients as awareness of the methods grows. 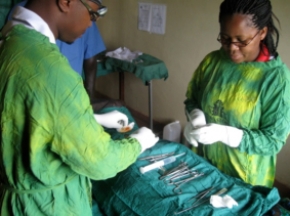 In March 2009, 2 boys carried their very sick brother of 21 years to the Lwala Community Health Center. Elisha had been working in Nairobi when he first fell sick. After attending private clinics in Nairobi with no improvement, Elisha was unable to work, and traveled home. By the time he reached Lwala, his health status had deteriorated drastically. Elisha was first seen by clinical officer John Badia, who diagnosed the young man with pulmonary tuberculosis and Stage 4 HIV disease. Minute lesions were detected on Elisha’s body and were biopsied. Elisha’s blood work showed an astonishing CD4 count of only 6. Because he was so anemic, many anti-retrovirals were contraindicated for Elisha. However, because his situation was so dire and he could not receive a blood transfusion, he was started on ARVs with 24-hour observation at Lwala Health Center. He also received nutritional support with help from the World Food Program.

Elisha seemed to tolerate the treatment and was discharged to be treated from home by community health workers. He developed Typhoid Fever but the clinic staff managed the treatment well. The lesions on his body became aggravated and multifocal, and they were diagnosed as Kaposi’s sarcoma. Just when it seemed the situation could not get worse, Elisha developed Immune Reconstitution Syndrome. He was admitted at Homa Bay Hospital for 4 days.

After no improvement in the hospital, Elisha’s family brought him home to die. When the Lwala staff heard of this, community health workers visited regularly to continue treatment at home. During this time, he developed yet another opportunistic infection: cryptococcal meningitis.

Elisha’s road to recovery began slowly in June of 2009. By August, Elisha could walk to the clinic for treatment. In October, he finished his TB treatment and recorded a negative sputum test. Soon, his lesions began to disappear. Though his meningitis prophylaxis will continue for life, Elisha no longer has headaches. In December, Elisha requested the Lwala staff for a transfer to a facility in Nairobi so that he could return to work. In January, when he demonstrated secure employment, housing, and a sound clinic, his request was granted.

Elisha’s astonishing recovery would never have occurred without the quality care received by John Badia at Lwala Community Health Center and without the dedication demonstrated by the Lwala community health workers. His life is a testament to their compassion, perseverance, intelligence and skill. 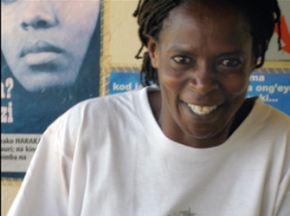