In June, at our clinic in Lwala, we experienced a major shift in patient numbers following the implementation of the new patient fee. Under our previous system of free care, our outpatient numbers averaged about 1,200 a month, on top of our HIV visits of about 145 a month and our Maternal and Child Health visits of about 150 a month. 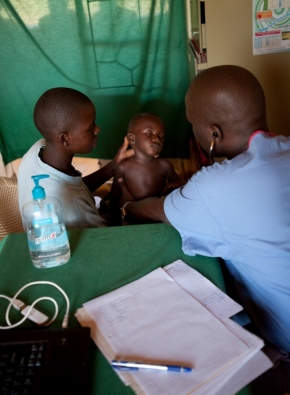 Since the implementation of the new fee, outpatient numbers have dropped to just above 400 per month, while HIV and Maternal Child Health numbers have remained constant since those services continue to be free. These low outpatient numbers are obviously a major point of focus right now and were the reason for the community outreach we conducted to 166 households in July and August. Although the consistently rising patient numbers were creating an unsustainable demand often overwhelming our small facility, we are concerned about the large shift and are still hoping to see numbers rebound.

At the same time we are re-evaluating the fee structure to assure that we are not pricing people out of care. Ultimately, the health center is best equipped to serve 800-1,000 outpatients and a consistently growing client base of HIV and maternal health patients.

Our team achieved the following during the months of June through August.

Videos from the Field

1. A Thank You video: Maternity Progress – a video on the new maternity as it is being built

2. Two Babies in One Day – a day when two babies were born in our current MCH

On July 26, construction on the new maternity wing began. To date, the foundation has been completed and the slab has been poured for the floor. Approximately 2 dozen local laborers are working 6 days a week to complete construction by March 2011. The new maternity wing will include dedicated space for labor, delivery, and recovery; a room for a clinician on-call; 6 private consultation rooms; toilets; a large group meeting space; and an overnight ward that 3 or 4 patients can stay in for observation. The new expansion will enable staff to improve the quality of service and care that our patients receive. 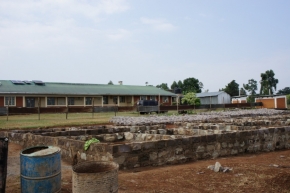 Charles is a 33 year old man who lives with his family in Lwala. A few years ago, he was in a tragic sugar cane crusher accident in which both of his arms were mangled in the machine and he eventually had to have them amputated at the hospital. Charles’s wife and 5 children solely depend on him for their survival. They had to sell their cows and other belongings in order to pay for the hospital bills, and they have been struggling to provide for basic needs ever since. Charles can no longer perform day to day tasks and depends on his wife for everything including eating, getting dressed, going to the bathroom, and plowing their fields. With the help of the Lwala Community Alliance, Charles recently received one temporary prosthesis until two customized prostheses can be ordered from a company in Germany. When asked what he looks forward to the most about having these two prostheses, Charles said, “being able to hold my baby…that’s what I look forward to most.”