Over the past few months, we have been successful in achieving many of our progress goals to improve our services to the community. Below is a partial list of what has been accomplished.

On the evening of June 16, 2009, Nancy, an 18 year old who was pregnant for the first time was laboring in the preliminary maternity set up in the Lwala Clinic. No baby had appeared by dawn, the cervix had stopped opening and the staff recommended transporting her to Tabaka Mission Hospital.

The baby's heart rate was normal. Nancy walked out to the 4-wheel drive ambulance and 30 minutes later Clinical Officer John Badia and Dr. Young transferred her care to the obstetrician at Tabaka Hospital. Nancy's healthy son, Harrison was delivered by Cesarean section. CO Badia and the ambulance are supported by RMF.

This is a classic example of how maternal and perinatal mortality and morbidity are prevented by providing accessible skilled care to pregnant women, providing transportation to a higher-level facility when needed, and collaborating with a facility where advanced care can be provided. 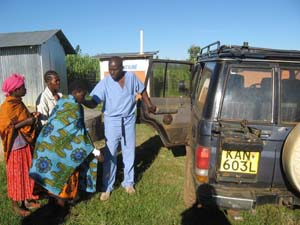 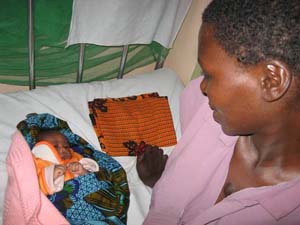 Her worried mother carried Lavender, her 3-year-old daughter from Sumba into the busy Lwala Kenya clinic. Lavender was "hot of body", unconscious, panting for air and in danger of dying from malaria. John Badia, a clinical officer supported by RMF recognized the severity of Lavender's malaria, moved her to the front of the 50 persons waiting queue, and started IV quinine.

The 4-wheel drive ambulance acquired by RMF for the Lwala Community Health Clinic transported Lavender up the rutted road. Herds of cows and goats, dozens of bikes, piki piki motorcycles, ox carts, and hundreds of walkers moved aside to let them pass. At Tabaka Mission Hospital oxygen and blood transfusions were quickly added to her curative quinine treatment. On admission her pulse was 180 (normal 80) and her hemoglobin was 4 gms (normal 15.) Four days later Lavender walked out the door with her mother and squeezed between a piki piki driver and her mother, headed back to her village. 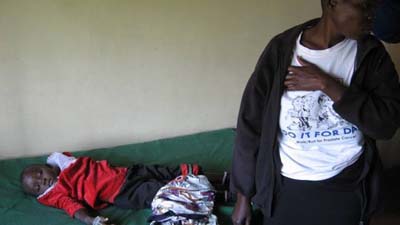