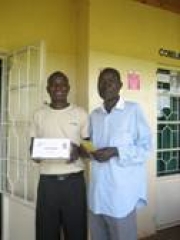 In the first quarter of the year the Continued to meet increasing demand and improve quality of care. Approximately 2,000 patients seen per month, approximately 100-120 per open weekday. Our community is very pleased with the services, and everyone feels they have access because the service is free for most patients and nearly free for the rest. The catchments area continues to expand, with reports of people coming to stay with relatives and receive treatment at Lwala.

We've implemented a number of new projects including a new pharmacy inventory system and to reduce drug stock outs. Pictured here is our Pharmacist Denish with Samuel one of our patients.

Patient Stories from the clinic:

Samuel* (pictured above) is a middle aged man who had been chronically ill for two and a half years. When he started to fear for his life he went to the district hospital, where he was treated for malaria, pneumonia and tuberculosis and tested positive for HIV. Due to the stigma and shame he felt about being HIV positive, he decided he could not go back to the hospital, and his treatment lapsed. But Samuel's health continued to deteriorate, and he attended another hospital in a neighboring district where there was less risk of seeing people he knew, and he was started again on anti-TB drugs. But the drug regimen was onerous and transportation for appointments to the hospital proved too expensive, so Samuel opted instead for traditional herbal therapies at home.

Samuel's father is a community elder and a pastor, and as he saw his son wasting away he decided to take him to the Lwala health center. By this point Samuel was bed ridden and severely wasted, and he had to be taken to the health center on a bicycle. At the clinic Samuel shared his story of intermittent treatment, including the ways that stigma and poverty had kept him from being on regular treatment for TB and HIV. After a week of counseling and much emotional support Samuel started on a second-line anti-TB regimen, since he had likely developed resistance to the first-line drugs.

Six months later Samuel is doing well at home. He has gained back a lot of weight and now comes to his appointments at the clinic by riding the bike that was used to carry him there in the first place. He recently started on anti-retroviral therapy for AIDS. Several members of his family have also come to the clinic and tested positive, and though they don't yet need anti-retrovirals they're receiving septrin and multivitamins and regular care at the clinic. Samuel doesn't have to hide his disease anymore from him family – they have banded together to live positively with HIV. 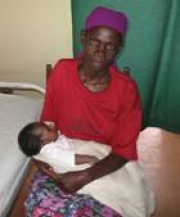 A young woman named Angela*, barely 20 years old, came to the clinic 27 weeks pregnant and was found to have tuberculosis and HIV with chronic diarrhea, wasting and general weakness. She had been living with her husband in Nairobi, but was sent home when she fell ill to stay with an aunt who sells vegetables in the market and might be able to provide for her and the baby. Angela was immediately enrolled in the clinic and treated first for several opportunistic infections and then for tuberculosis. She was also enrolled in the clinic's antenatal care program to prevent the transmission of HIV to her baby, and treated with antiretroviral therapy for AIDS. The Lwala staff consulted with a physician in Kisumu by phone to determine how to integrate care for these various problems without putting the fetus at risk.

Angela's health improved rapidly, and within 2 weeks she had put on weight, the diarrhea had stopped, and her cough stopped. However, Angela decided to give birth with the assistance of a traditional birth attendant rather than at the clinic, and was unable to report back to the clinic for 2 weeks after the birth due to an incapacitating illness post delivery. The opportunity to take special doses of antiretroviral drugs to maximally reduce the risk of HIV transmission to the child was missed.

Angela and her baby are now enrolled in the maternal and child health program at the clinic, and Angela is on regular antiretroviral therapy. Since the laboratory equipment is not available in the area to test a newborn for HIV, it will be a number of months before the baby can be reliably tested for HIV using the methods available at the clinic. While the treatment Angela received undoubtedly reduced the risk of transmitting the virus to the baby to some degree, significant risk still remains due to missing the special doses of anti-retrovirals around the delivery and due to the risks associated with breastfeeding the child.

Otieno* was an extremely elderly man who had been sick for 2 years. He was diagnosed with HIV several years ago but not started on treatment, and as he became weaker he was unable to seek care due to lack of mobility. His wife eventually brought him to the Lwala clinic, where he was found to have pneumonia, dementia, incontinence and a foot lesion that had been deteriorating for over 3 years. He was successfully treated at the clinic for pneumonia, and diabetes was ruled out by lab tests, but a month later he was back in with pneumonia. He was retreated but another month later was back in a third time. On his third visit, the clinic staff consulted with Dr. Jeff Andrews, a member of Lwala's medical advisory board who was visiting Lwala at the time. Together they determined that he had tuberculosis and that his HIV disease had progressed to full-blown AIDS. He was started on septrin and multivitamins for HIV maintenance. 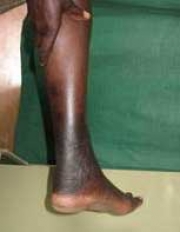 The staff visited Otieno in his home because they were worried abut whether or not he would be able to adhere to the anti-TB and anti-retroviral drug regimens. They found that his recurring pneumonia was the result of lying in cold, wet bedding, which his wife couldn't keep clean and dry due to her advanced age. The ulcer on his foot turned out to be a result of dragging his foot around on the dirt floor, because he couldn't walk well. The staff continued to visit Otieno in his home, but they were unable to create a supportive environment or to get him onto regular drug therapy for TB or AIDS. Otieno eventually succumbed to AIDS and TB. His wife is HIV positive and is on antiretroviral therapy at the clinic and doing well.