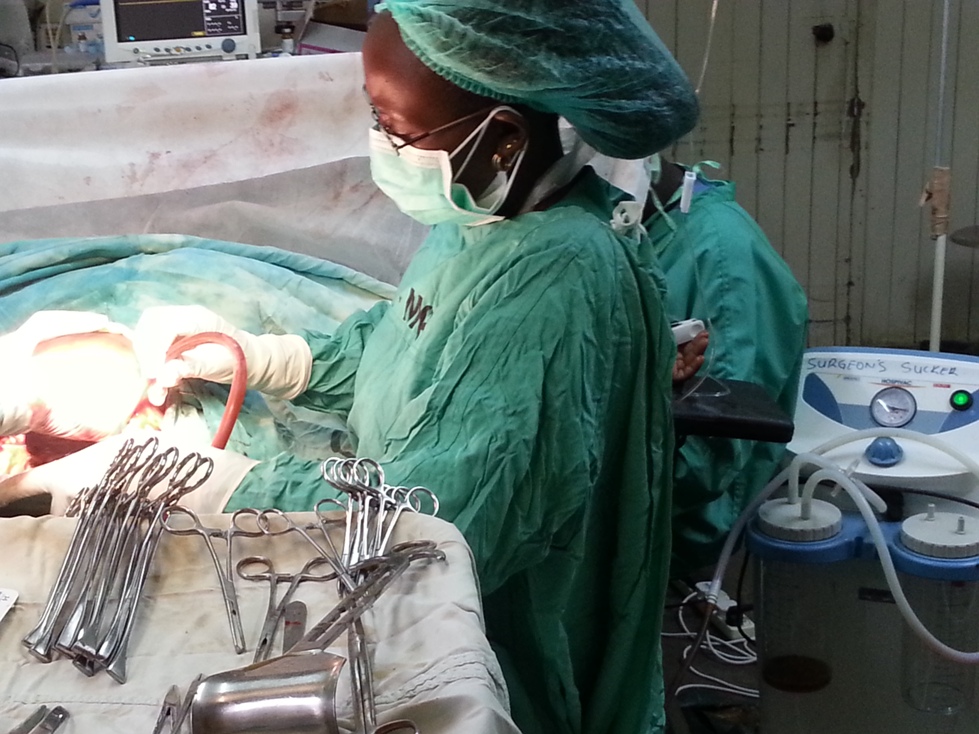 Photo: The new RMF/MMI donated surgical suction machine in use in the Lodwar Hosptial Surgical Theatre

Summary of RMF sponsored activities carried out during the reporting period:

For many years, the surgical theatre at the Lodwar District Hospital has been short of the most essential orthopedic surgical equipment and had to refer many patients to other, better equipped hospitals. RMF purchased a variety of equipment for the operating theatre during the First Quarter 2013 upon the direct request of the medical staff, consisting of: skeletal traction equipment, suction machines, skin grafting knives, K Nail sets, K wire sets, amputation set, hand drill, cerclage wire roll and other basic orthopedic equipment supplies. The new equipment has gone a long way in assisting the surgeon and anesthesiologist to perform surgeries at the theatre.

The surgeon Dr. Ekitela had been requesting the hospital for most of this equipment for close to 5 years with no success. Dr. Ekitela was overjoyed and upon receiving the equipment said:

‘I thank Real Medicine Foundation for purchasing the equipment for the Hospital. For years I have not been able to perform some procedures due to lack of equipment at the theatre. Now with this supply, I will be able to perform procedures and attend to patients without further referral. I will take good care and use the equipment to my best ability and ensure that the Turkana people are served best. God bless RMF’.

During the 1st Quarter, RMF also purchased a comprehensive list of medical supplies for the Pediatric ward to ensure patients admitted to the ward continue to receive treatment at no cost. Purchases included:  IV medications such as Ceftriaxone, Phenobarbitone, Sodium bicarbonate, Hydrocortisone, Dexamethasone, Gentamycin; syrups such as Ranferon and Cyclopam; disinfectants like Spirit, Lysol and Cidex and many other medicines. The supplies will go a long way to ensure that patients continue to be treated using modern medicine best practices, and for free, since many cannot afford care at that level, thus allowing us to maintain low mortality numbers.

Results and/or accomplishments achieved during this reporting period:. 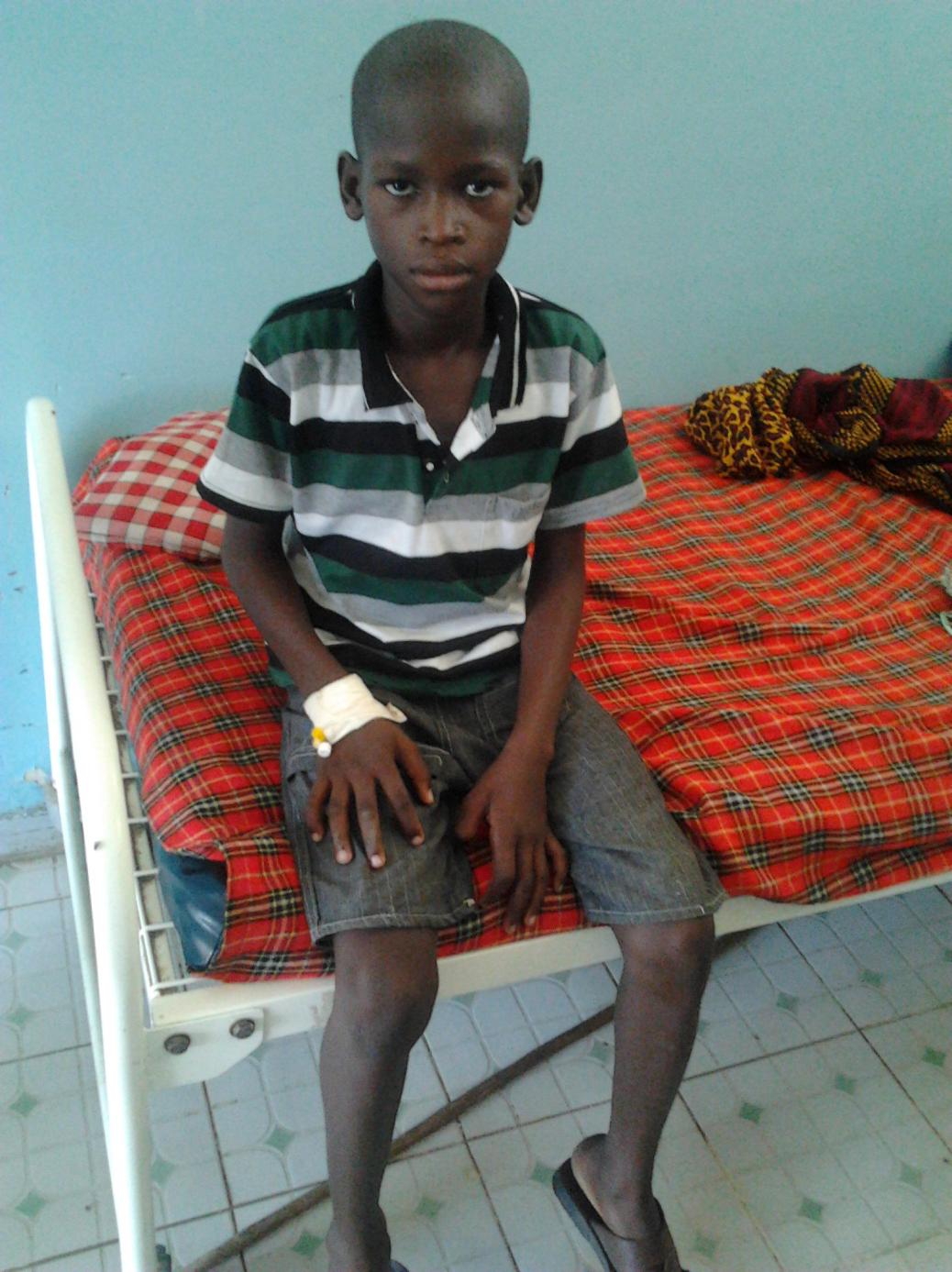 Peter was found by a fellow student and teacher lying unconscious on the way to a village called Kalokol, 80km from Lodwar town and was brought directly to the hospital. On admission, Peter was in a semi-comatose state, no fever present with a temperature of 36.8C and a pulse of 78/min. He was admitted, diagnosed with Malaria/Meningitis and immediately started on medication/treatment.

All the above medications are purchased and supplied by RMF/MMI. The following day Peter developed a fever of 39C and he was introduced to Ceftriaxone 500mg bd5/7, anti-malarial Quinine sulphate 560mg loading dose and 280mg maintenance dose 5/7. On day 3, Peter’s temperature settled to 37.2C; he regained consciousness but remained confused.  On the 6th day his general condition had improved immensely, vital signs became normal and he regained full consciousness. The NG-tube was removed and he started feeding orally. He was reviewed by the doctor and was found to be stable and fit for discharge.

“Peter was admitted with a severe medical condition. His drastic improvement was due to availability of appropriate drugs that were used to manage his illness. All of the drugs used to manage Peter were donated by Real Medicine Foundation. We appreciate your continuous support because most of the people we serve are economically disadvantaged. It is through RMF/MMI’s support that the Pediatric ward can manage to save lives.”

Lokonomor Epus, a 9 year old boy from Kadese villlage in Turkana County, was admitted to Lodwar District Hospital after having been bitten by a snake. Epus is the third born in a family of six siblings, and does not attend school but helps with his father’s goat-herding.  Epus had been hunting for a squirrel that ran into a hole, which he dipped his hand into to chase, and in the process was bitten by a snake. On admission he was in pain and had massive swelling and blisters on the affected hand. 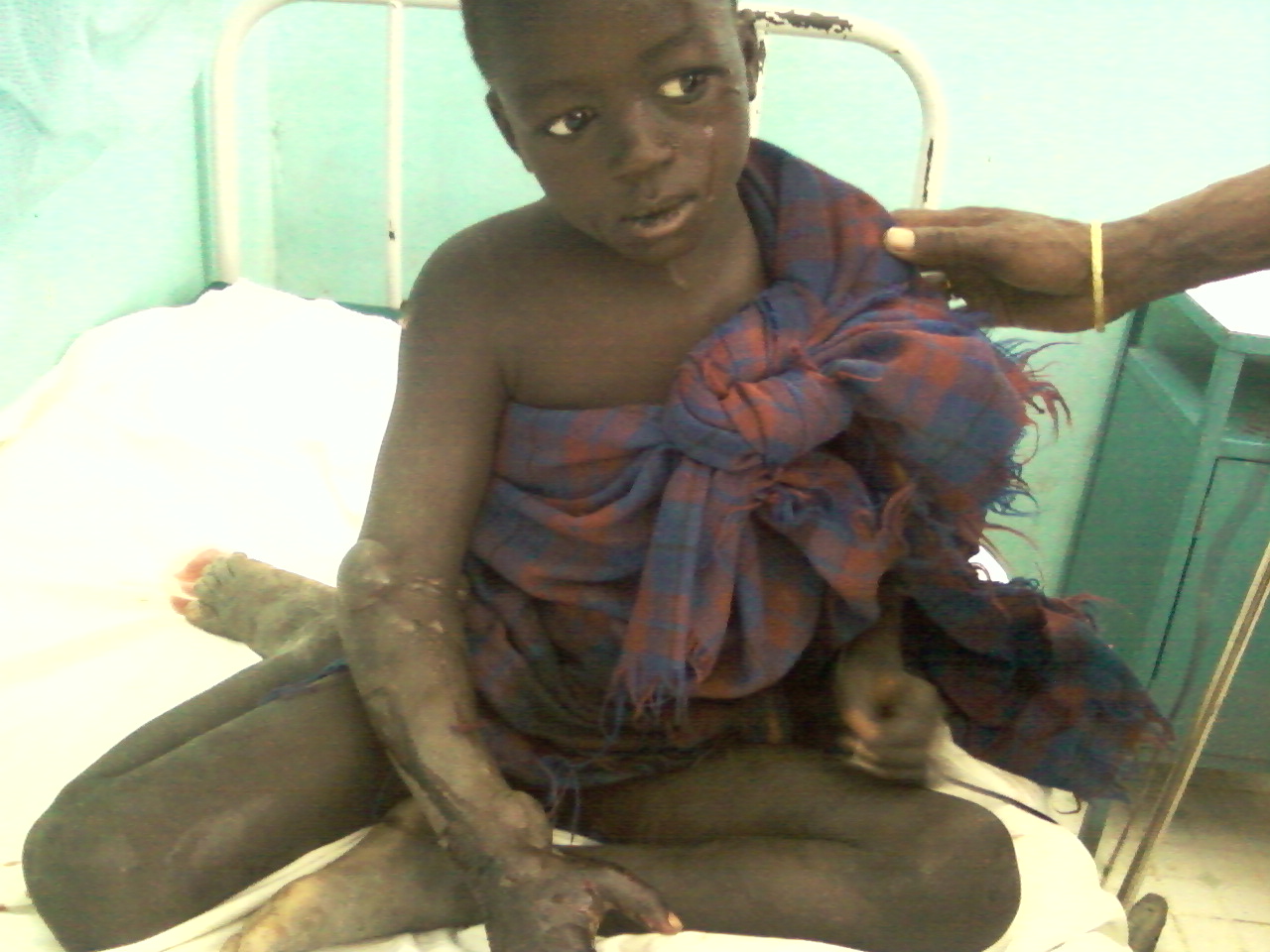 Epus was taken to the surgical theater for treatment based on: Anti-snake Venom, i/v Fortum 500mg for 5days, followed by Augmentin syrup 10mls bd 5/7, Flagyl 200mls for five days, and IV Dexamethasone 2mls QID for 5 days, all supplied and purchased by RMF for the Pediatric ward. Daily dressing of the wound and high protein diet were also included. He progressed well and was discharged after four weeks. 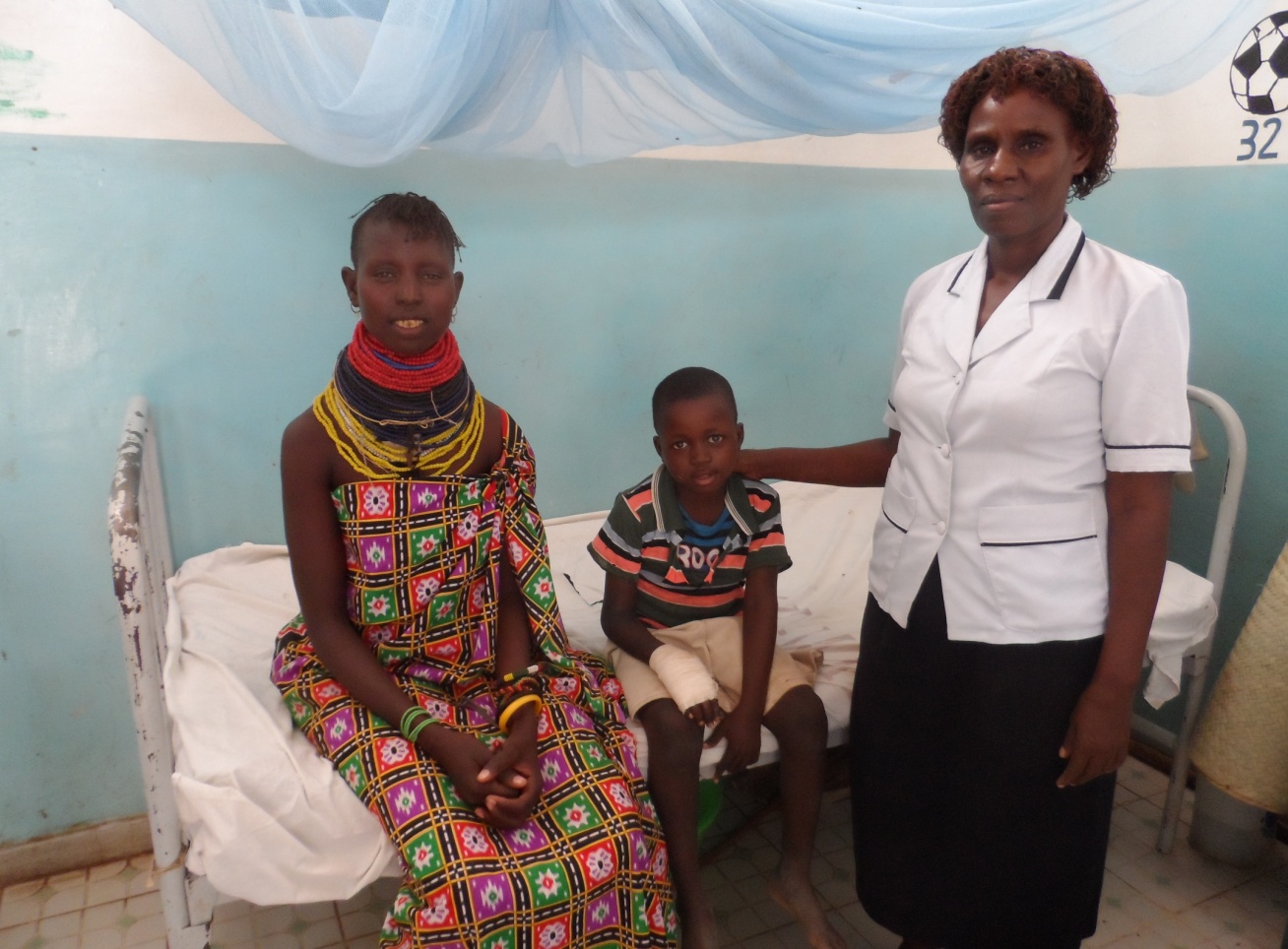 Erukudi  Ayapan, a 3 year old boy from Lokori in Turkana county and 70km from Lodwar town, and the sixth born child in a family of seven. His mother is a housewife and his father a herdsman. After taking a brief history of the family, it was found that both parents are both on Anti-TBS drugs. Erukudi was admitted to Lodwar District Hospital on 28/03/2013 with the following prevailing symptoms: 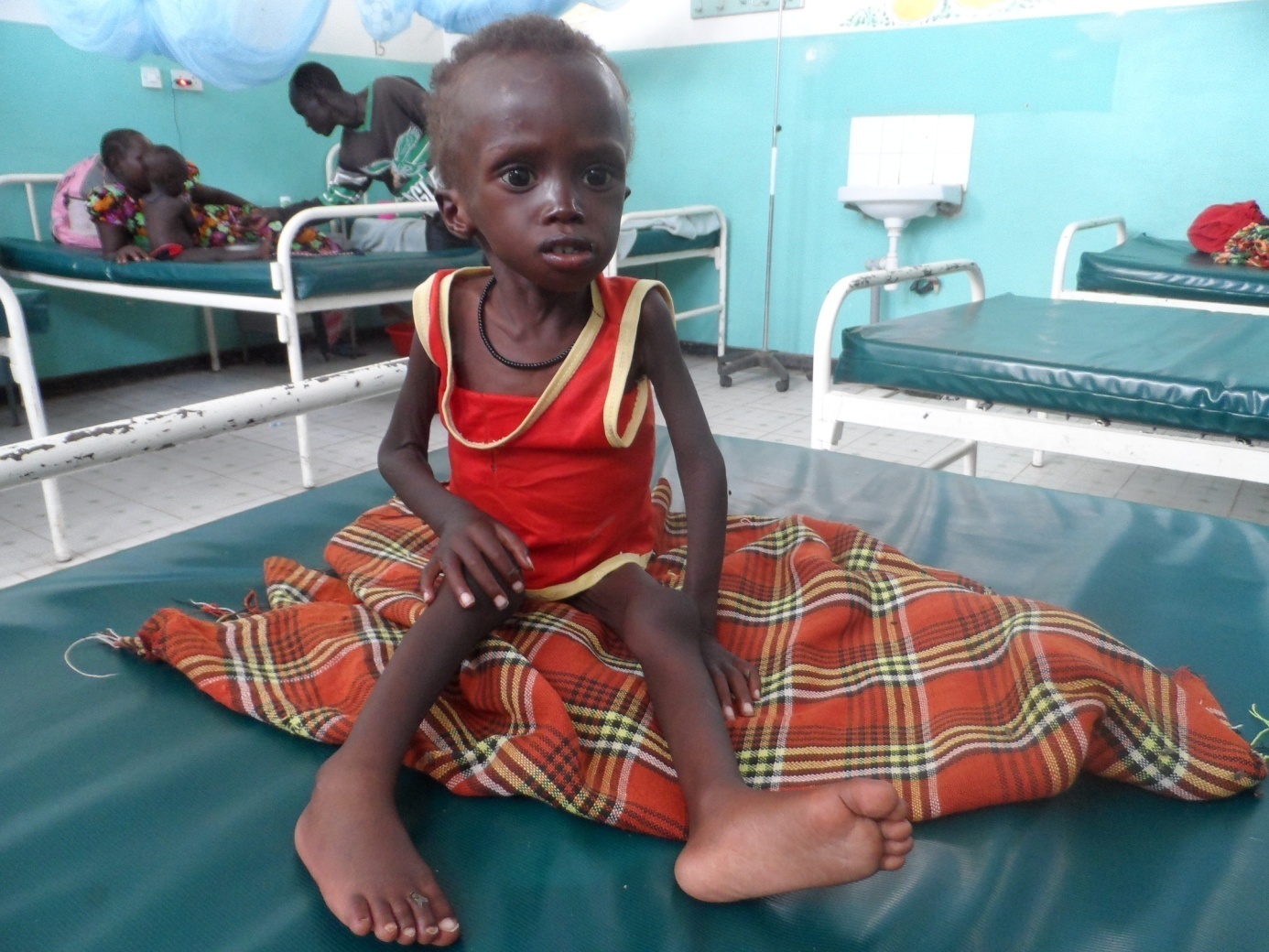 Ekurudi was given Vitamin A, IV ExPen, Gentamicin, Metronidazole, Multi-Vitamins, Zinc and Ranferon. B/S was performed, mps were +++.  He was put on i.v. Quinine and started on a loading dose of Quinine Sulphate. On the fifth day of treatment, he started taking Anti-TBS medication. Ekurudi’s condition has progressed well from the time of admission and he continues to improve under careful observation. His mother said that she had lost hope for her son and feared that he would die soon, but is now hopeful and very grateful that he has progressed so much thanks to the treatment received at the hospital. 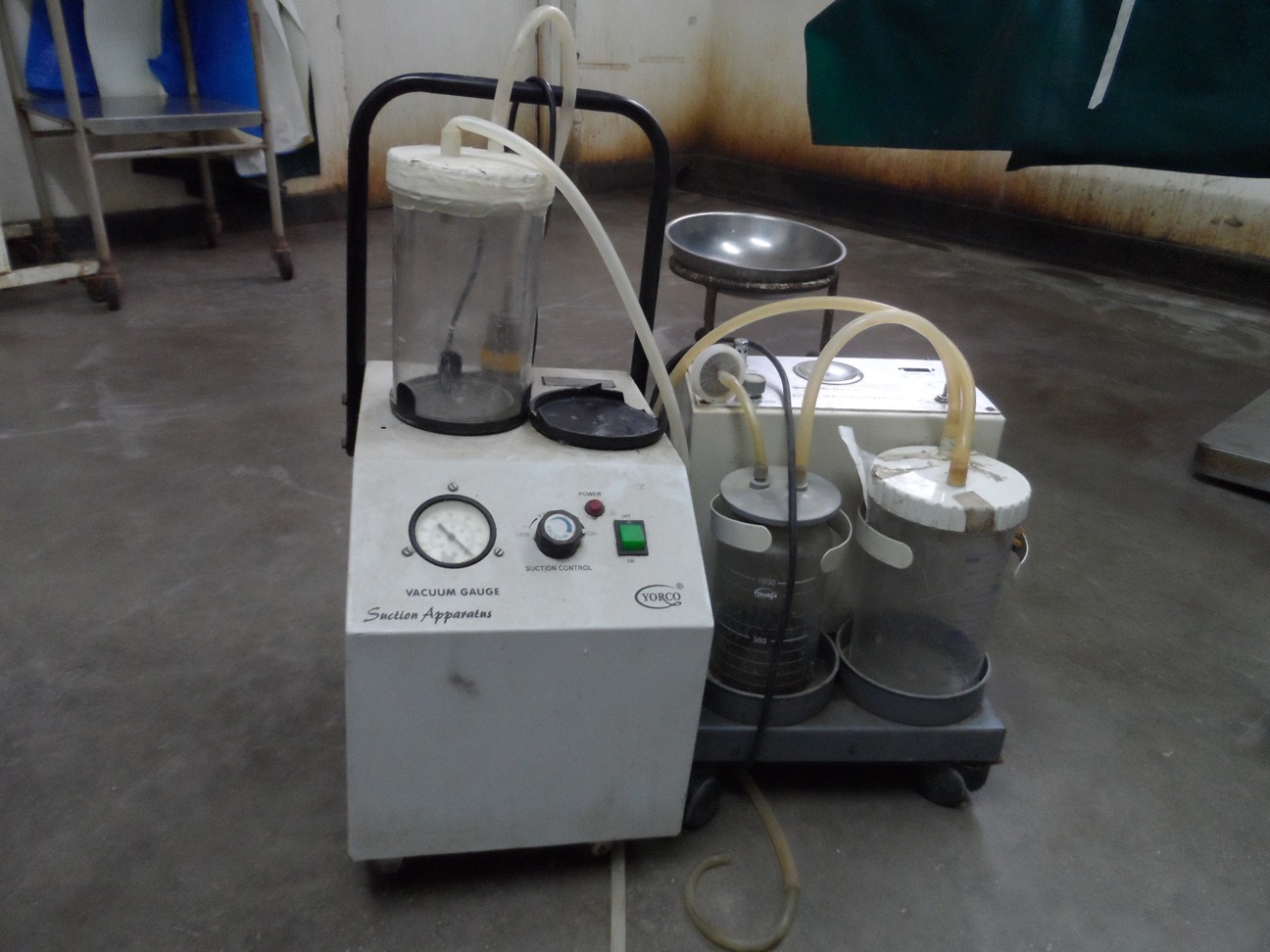 The old suction machine that was used at the operating theatre: 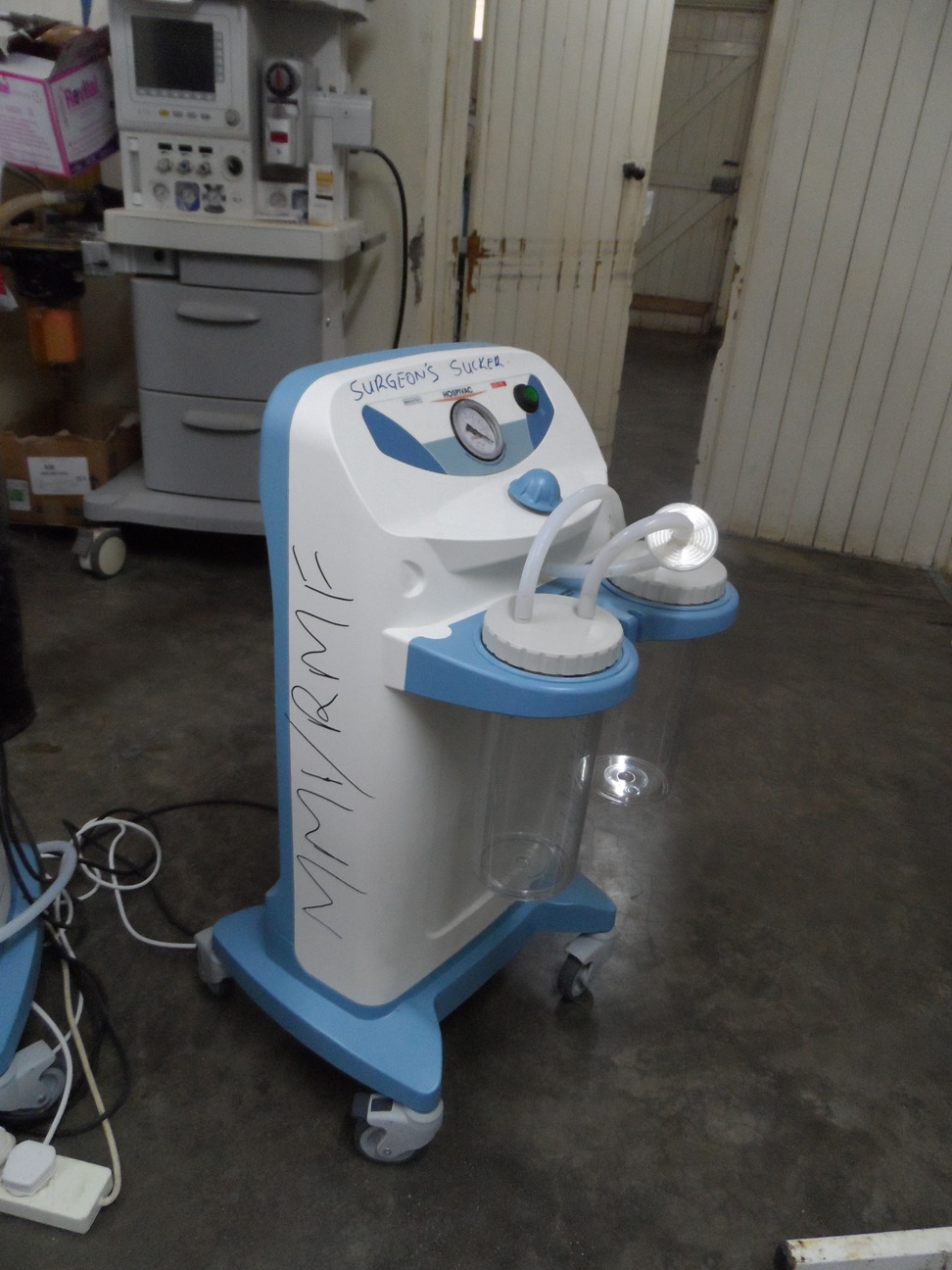 The two new suction machines purchased by RMF/MMI for the theatre: 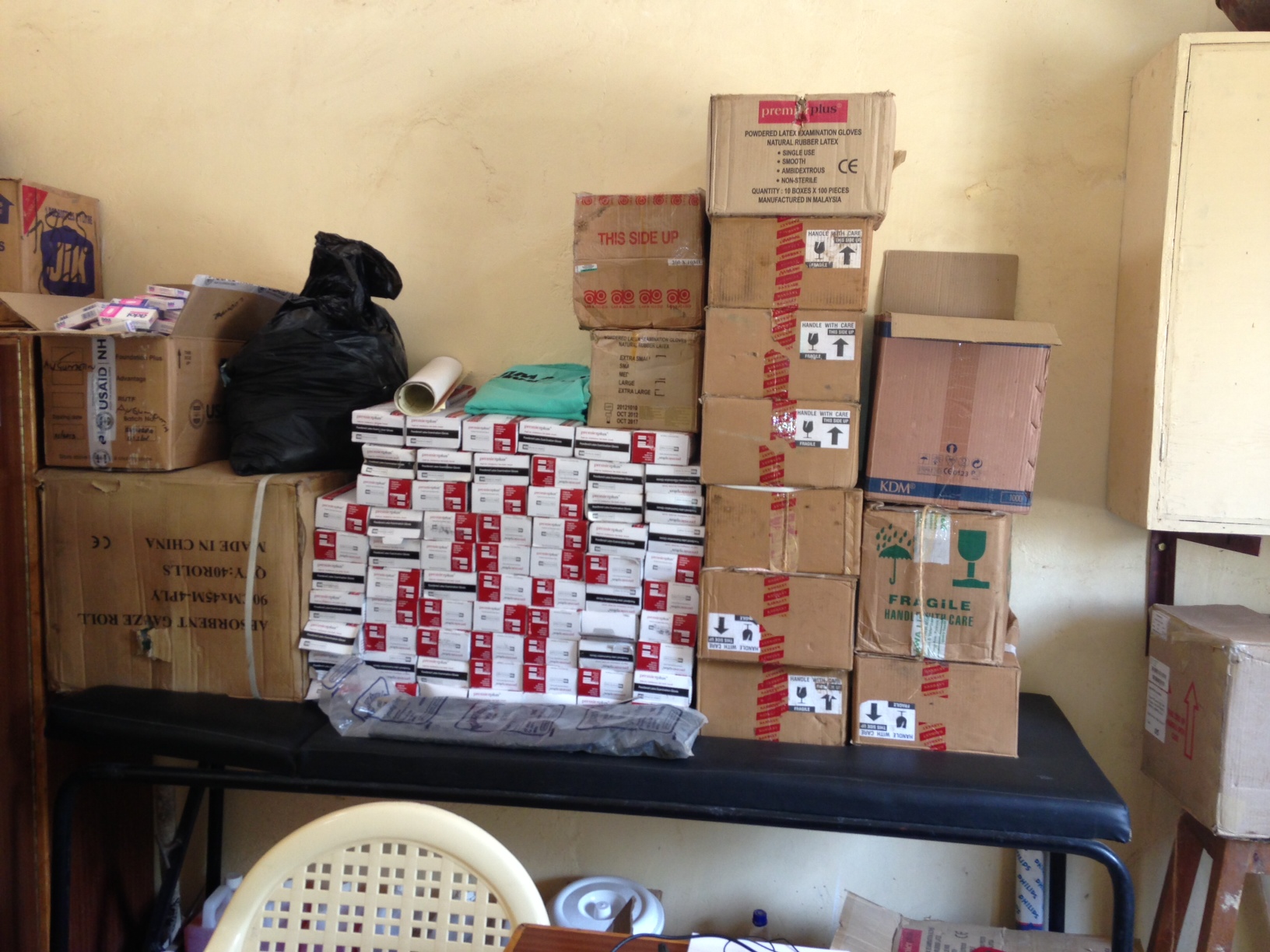 A portion of the medical supplies for the Pediatric ward purchased by RMF in Q1 2013: