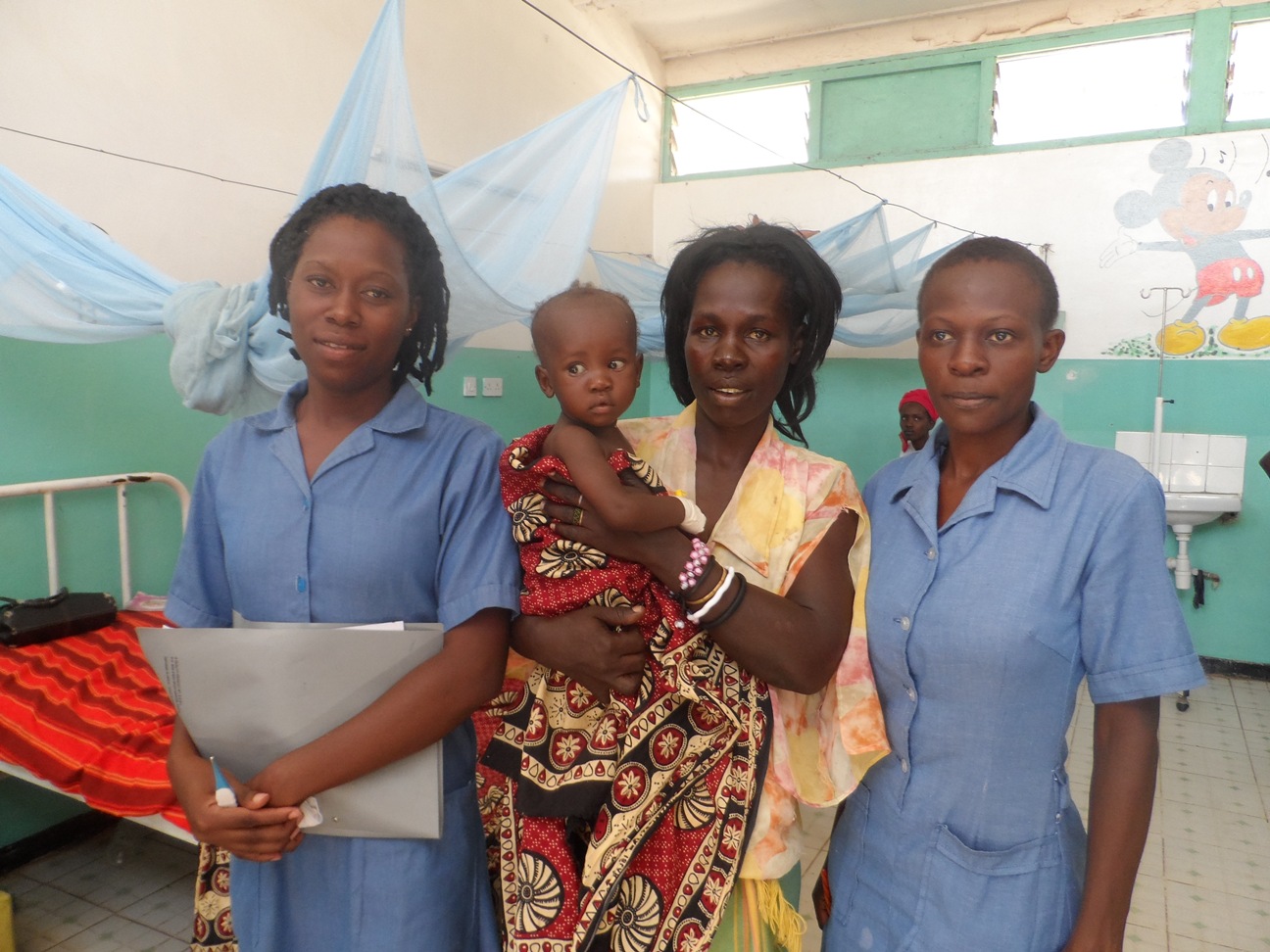 During the Second Quarter, the maternity ward, male ward, and the physiotherapy department all benefitted from the purchase of emergency medical equipment. RMF’s aim this quarter was to ensure that each ward is fully equipped with its own emergency medical equipment to avoid the sharing of such equipment among the various wards and departments, ensuring patients are attended to without delay. RMF purchased a nebulizer and oxygen concentrator for the male ward, a nebulizer, infant weighing scale, oxygen concentrator and a suction machine for the maternity ward, and an infrared massager for the physiotherapy department. The purchase of this equipment has gone a long way in ensuring the three wards are able to function efficiently and independently.

Upon receiving the equipment at the male ward, the nurse in charge, James Mwangi, said:

“We appreciate RMF/MMI for the assistance and support they have provided in our department; starting with ward repairs and now the purchase of emergency medical equipment. The working environment has improved tremendously, especially now with the equipment. Patients are now being attended to immediately especially with emergency cases. This has never been experienced since I started working at the District Hospital 8 years ago. We are much more motivated now. We appreciate you. We are proud to partner with RMF and are happy to see all these positive changes in a very short period of time.”

RMF purchased emergency supplies for the pediatric and maternity wards and medicines and medical supplies that are usually not supplied by KEMSA. Drugs such as Dexamethasol, Quinine oral drops and a Ventolin respirator, amongst others, were supplied for the pediatric ward. Quinine drops went a long way to help the pediatric patients during the malaria outbreak that occurred.

The maternity ward also received supplies purchased by RMF/MMI including neonatal Ampiclox, IV Gentamycin, Rocephin, Panadol suppositories and Dextran. Before we started supporting supply, patients had to buy these drugs since they had not been available at the hospital, nor supplied by KEMSA. Frequently, patients have died and parents lost their newborns due to lack of these drugs and the parents/guardians’ inability to purchase due to the high poverty rates of the population.

The pediatric ward and maternity ward once again benefitted from non pharmaceutical supplies in the quarter. Strapping adhesive, branulars, clean gloves, gauze rolls and crept bandages were purchased in the quarter by RMF. There had been a shortage of clean gloves and other non pharmaceuticals supplies at the hospital for the last 6 months. Availability of these supplies has now enabled the nurses in the wards to perform their duties better and the patients to be attended to faster.

In a bid to ensure that the wards remain clean and germ free, RMF purchased cleaning and disinfecting materials for the wards; liquid soap, mops, buckets, dustbins and brushes were purchased. 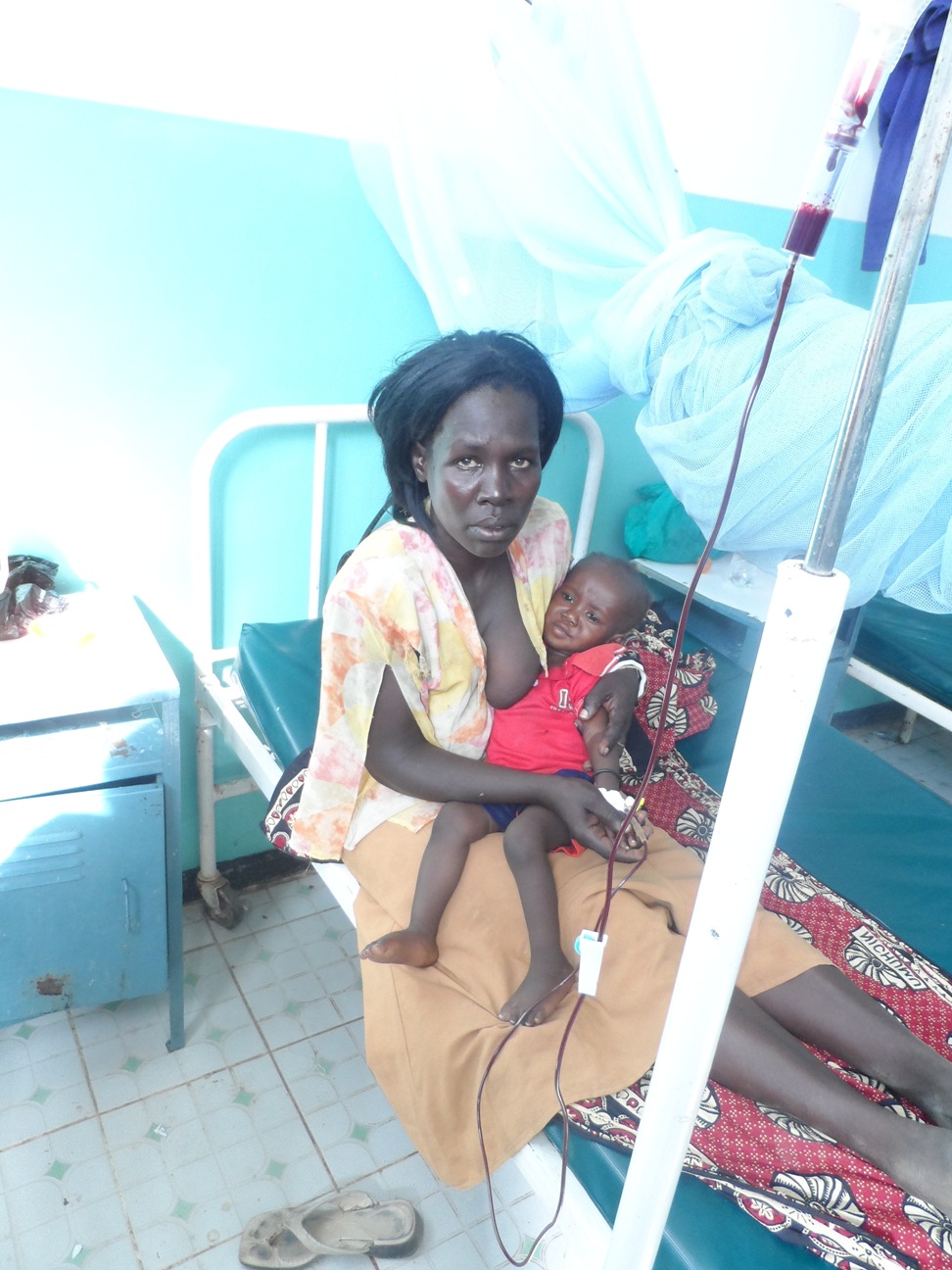 Dorcas and her mother upon admittance

Dorcas Akunoit, a 1-year-old girl, was admitted to the pediatric ward with complaints of coughing, vomiting and high fever. After having been seen by the doctor, she was diagnosed with Severe Anemia and Respiratory Tract Infection (RTI).

Dorcas is the last born in a family of seven siblings .Her mother is a business woman and her father a casual worker. She had never been admitted in a hospital nor had any blood transfusion.

On her admission she was given:

Her condition progressed well after being managed with the above drugs as they were readily available. After a week and a half stay at the ward, Dorcas was stable and later discharged.  Drugs administered on Dorcas like Ranferon syrup, Panadol syrup and iv Ceftriaxone are usually purchased by RMF and provided at the pediatric ward for free since KEMSA does not supply these items. Availability of such drugs has enabled Dorcas’ and many other patients’ lives, admitted at the pediatric ward, to be saved. The nurse in charge on the day Dorcas was being discharged said:

“Thanks to our immediate drug donors (RMF) for having saved lives of the young ones by providing these drugs for free to the patients. These drugs aren’t easily accessible and affordable to everyone.”

Dorcas Akunoit and her mother on the day of discharge 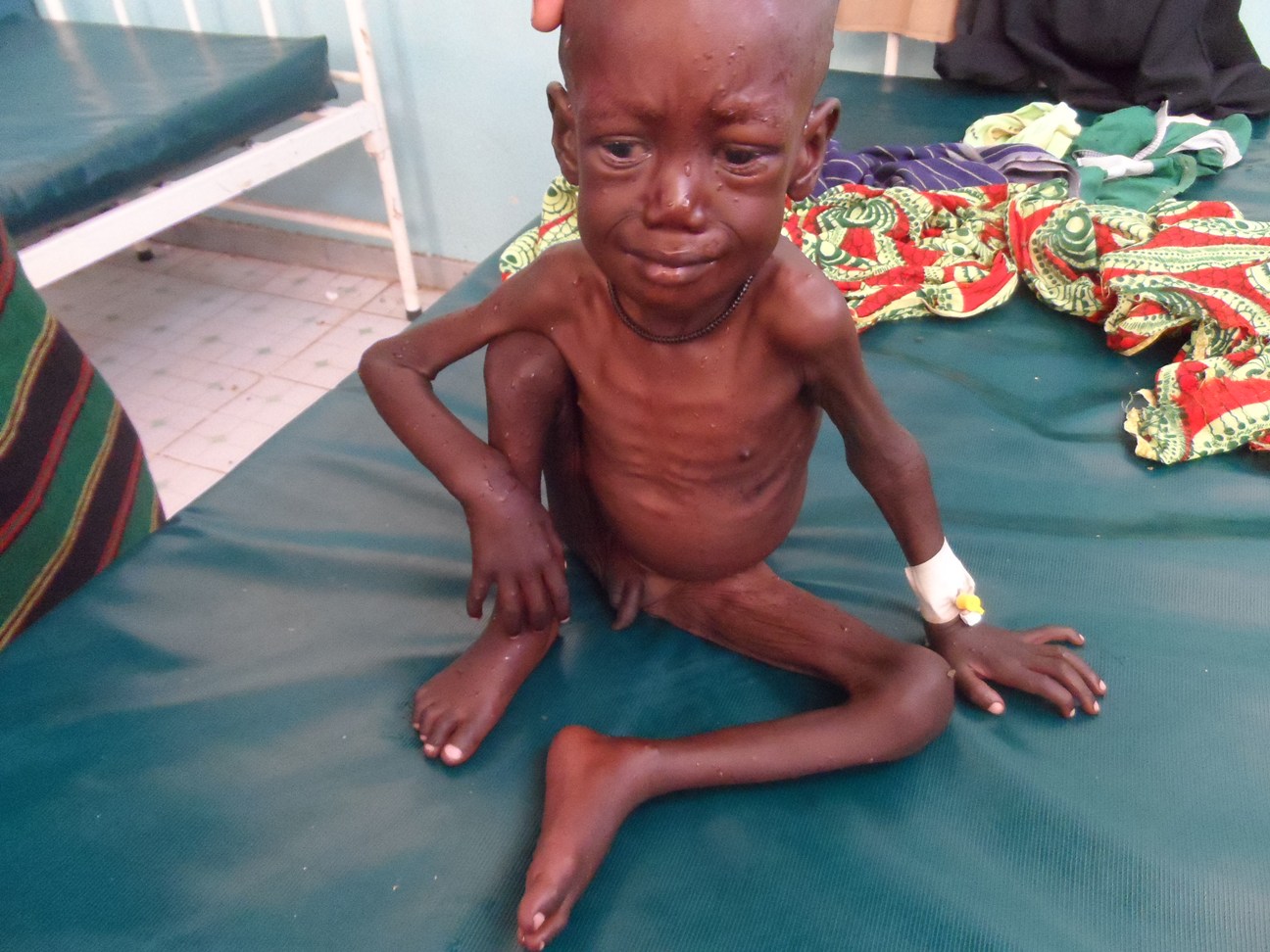 Losekon Lobei was an admission from the Outpatient Department at Lodwar District Hospital with the following symptoms:

Losekon is a boy from Karukoi village in Kerio division. He is 2y ears old and the third born in the family of three children. He was brought up by his father as the mother died after being shot at when Losekon was only 4 months old. The father is a herdsman.

The following drugs were administered to Losekon:

Losekon’s condition progressed well.  After 4 weeks of inpatient care, including enrollment in our nutrition program, Losekon was stable and looked much healthier.

On the day Losekon was being discharged, his father said:

“I am so grateful to the hospital and the donors that are providing these drugs for free to our children. I am a herdsman, with no income; I would never be able to afford to purchase these drugs for my son. Thank you for treating and healing my son.” 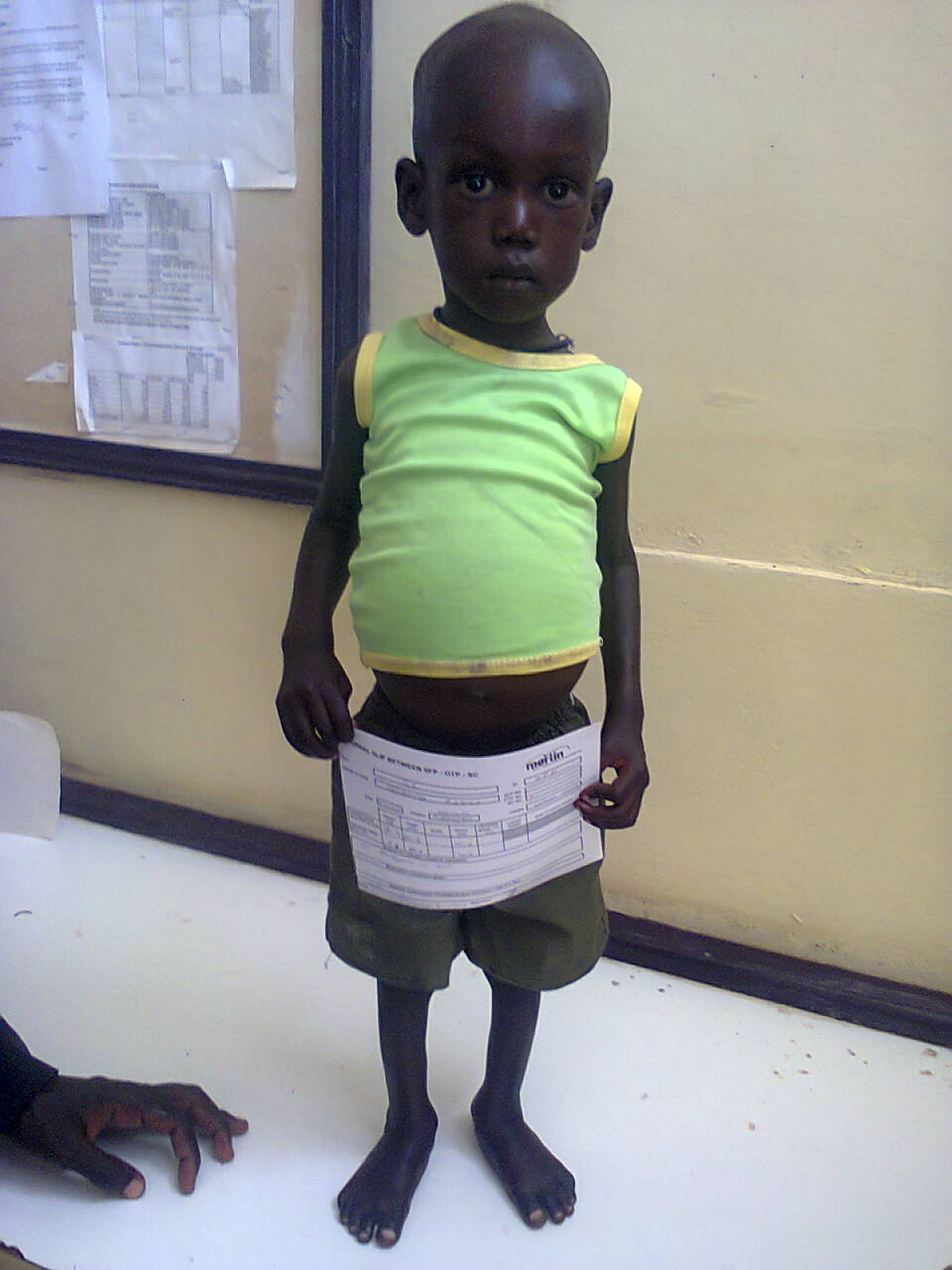 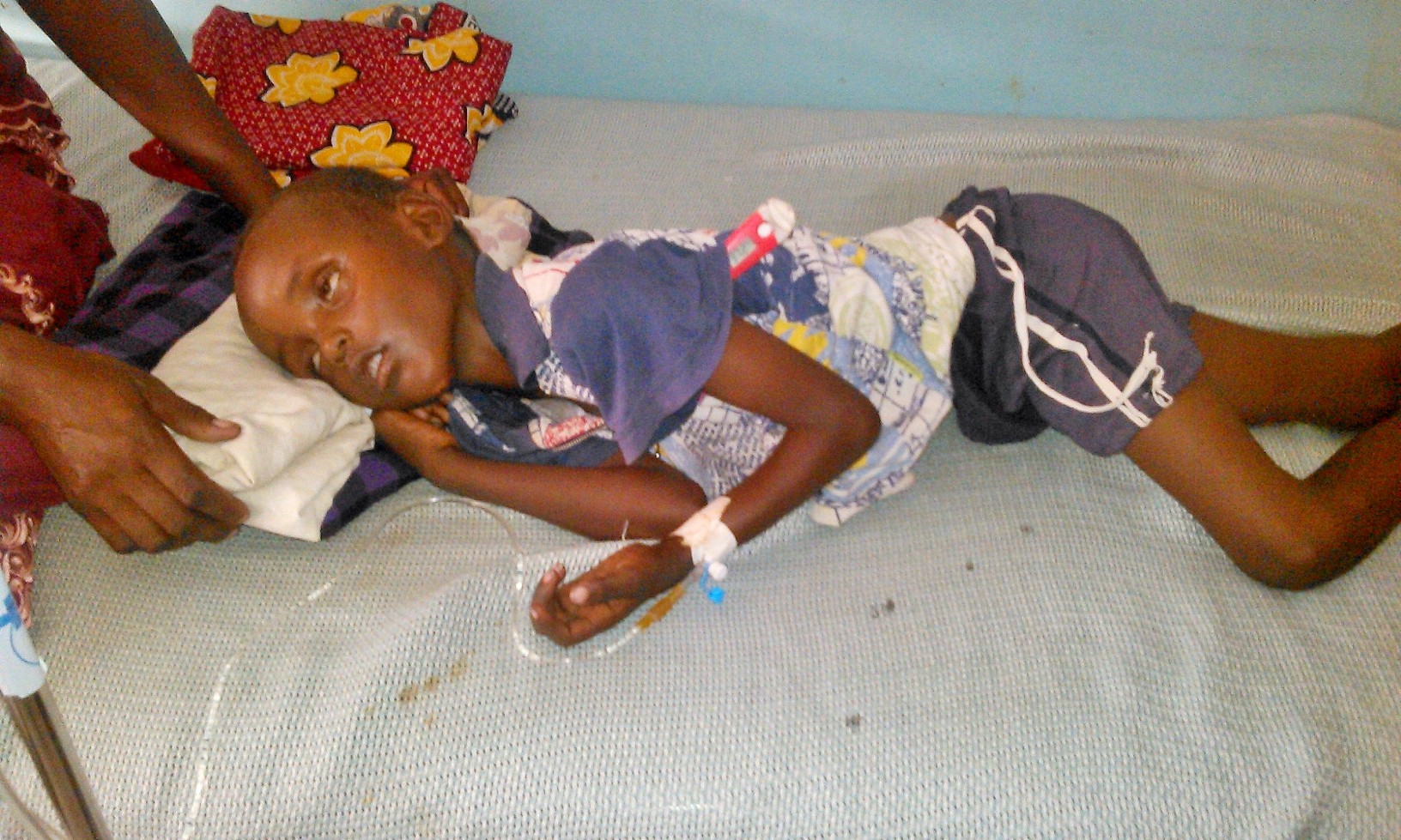 Lokoolil upon admittance, in a semi-comatose state

Lokoolil’s family has no history of chronic illness. Lokoolil is the 3rd born in a family of 4 siblings. His father died. His mother is the sole bread winner, but does not currently have a job.

The patient was admitted as a referral from Naposmoru with complaints of fever, vomiting, difficulty in breathing and coughing that had started four days before admission. He was admitted at Naposmoru Health Center in a very poor general condition, very dehydrated, but stable. His general condition worsened shortly after being admitted and he went into a semi-comatose state at the health center. On admission to Lodwar District Hospital, investigations were done and treatment was administered as above. After rehydration and treatment, the patient improved and his condition stabilized. Lokoolil was later discharged healthy to the great relief of his mother. 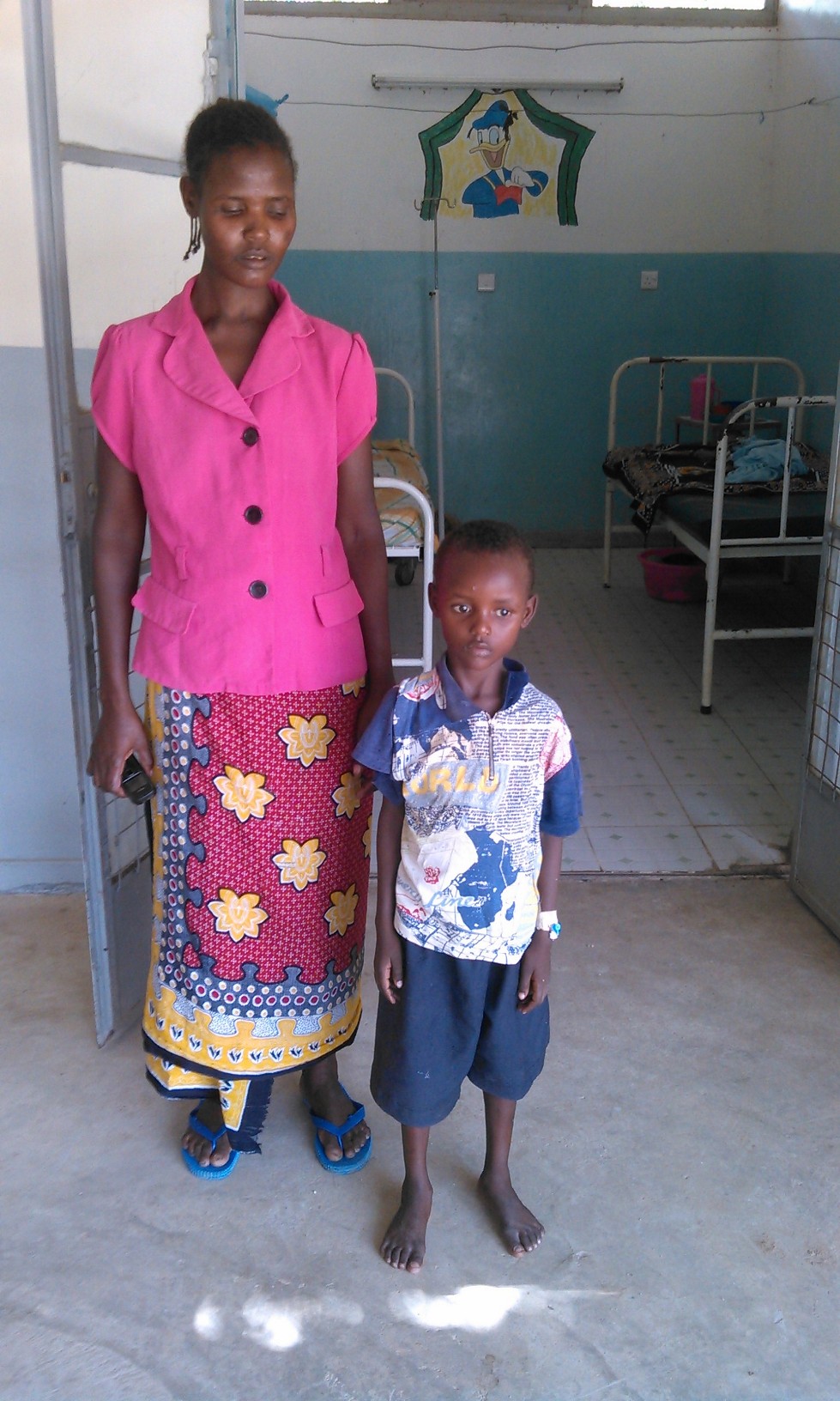 Lokoolil and his mother on the day of discharge

The three patients above admitted at Lodwar District Hospital’s pediatric ward would not have recovered if it were not for the support from RMF/MMI with free emergency medical supplies and treatment. 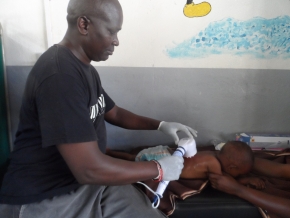 Infrared massager purchased by RMF in the quarter being used at the Physiotherapy department: 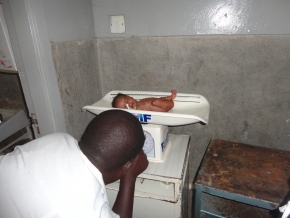 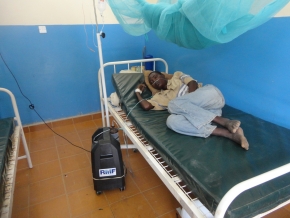 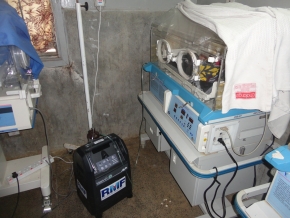 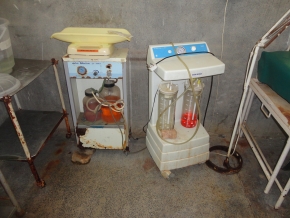 Before old and broken down suction machines for the maternity ward