Project Goal: Enable the District Hospital to fulfill its role of providing back-up referral health care for the Turkana region.

Summary of RMF/MMI-sponsored activities carried out during the reporting period under each project objective (note any changes from original plans):

Infrastructure:
RMF/MMI continued to improve the general overlook of the pediatric ward at the Hospital through funding. The medicine cupboards at the nurses’ station at the pediatric ward were fixed as the ones that were previously there, were totally worn out, old and almost falling from the wall. The lighting system of the 8 rooms at the pediatric ward consisting of fluorescent lighting, switches and lighting bulbs was repaired and now the wards are bright as compared to the previous quarter where patients had to use torch lights at night since the wards were dark. The drainage system was also repaired and all the blockages were repaired. Broken glasses on the ward doors and windows which posed a danger to the children admitted at the ward were also repaired. A pit latrine is also in the process of being constructed at the moment at the pediatric ward to improve further on sanitation and proper hygiene. Proper reporting and pictures of the same will be captured in the next quarter report and in the next web entry immediately when it is finished.

Equipment:
RMF continued with its bid to ensure that all the urgent equipments and those that are not supplied by GOK are available. Equipments like suction machine, medicine trolley, food trolley, laundry trolley, ambu bags, ward bed mattresses, dressing trolleys and digital weighing scale were purchased. An internal meeting involving the medical staff was held at the Hospital to emphasize on the general care and maintenance of the equipments and its importance to both the staff and the patients at large. Major equipment training for staff is being organized as a refresher and a benefit to them as well so as to prevent frequent equipment breakdown. This should also be captured in our next quarter report.

Laboratory Reagents:
Laboratory reagents were also purchased in the reporting quarter. Reagents like Field stain powder A and B, Anti Sera A, B and D, VDRL Kit and blood agar base amongst other reagents were purchased. The last time the Hospital received reagents from the Government was 2 years ago. This has enabled the patients to have their tests done for FREE at the Hospital without having to refer them to nearby clinics/laboratories for these same tests.

Medical supplies:
Non pharmaceuticals like plaster of Paris, crepe bandage, and skin traction were purchased in this quarter. In a bid to ensure that there is a constant supply of drugs, RMF once again purchased Dextran 70 and Ceftriaxone, drugs which had previously been supplied in April and had run out. Pharmaceutical purchases are important since initially patients had to go into town, find and buy their own medicines when they were not available at the District Hospital. 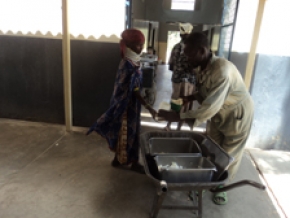 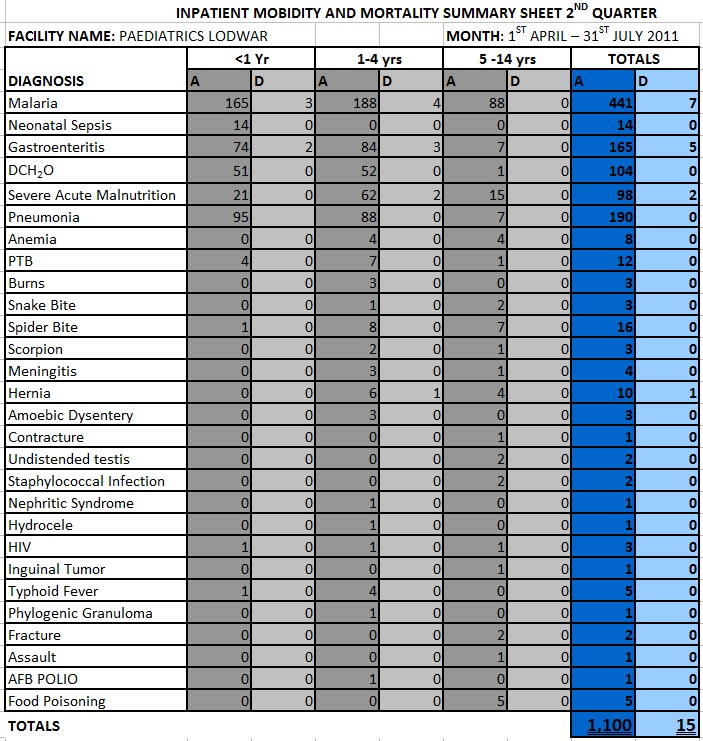