We are off to a great start! RMF has managed to set up a local office in Lodwar District Hospital for administrative duties and to enable day to day running of the project. We have spent the past few weeks adequately furnishing the office to ensure an efficient working station for the project.

Real Medicine Foundation has also painted the whole pediatrics ward that comprises of the Acute Room, 3 Side Rooms, 2 Medical Ward, 1 Malnourished Children Ward and 1 Surgical Ward. The paint job took over a week as there were several facades to paint. 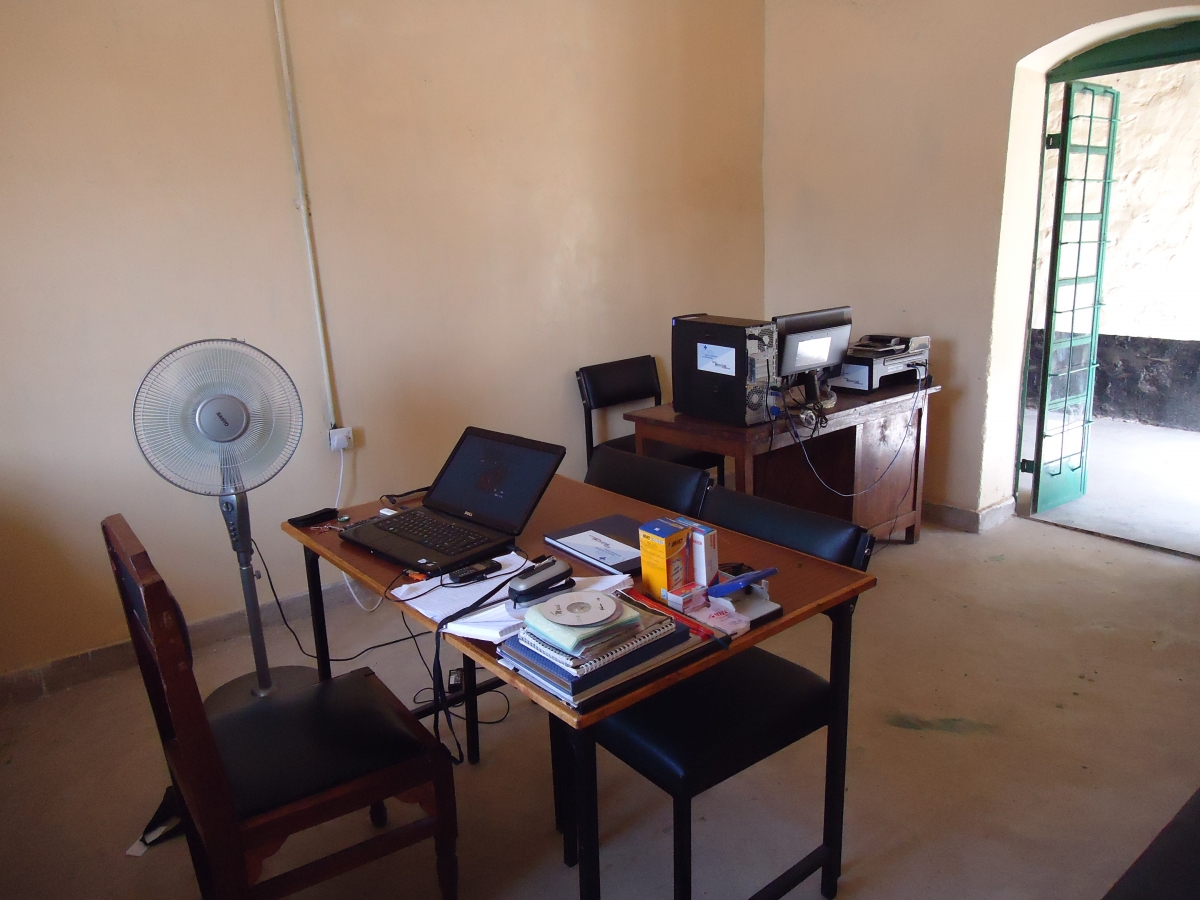 This is also a pre-requisite for renovating the infrastructure of the ward, i.e. re-fixing sinks and fans, etc. The pediatric ward, as displayed in the ‘before’ picture below,was not in the best of conditions. A clean and neat ward is the first step in ensuring proper hygiene in the hospital – especially for children, who are in a particularly vulnerable state when admitted to the hospital.

Pictures of the pediatric ward before the paint job began 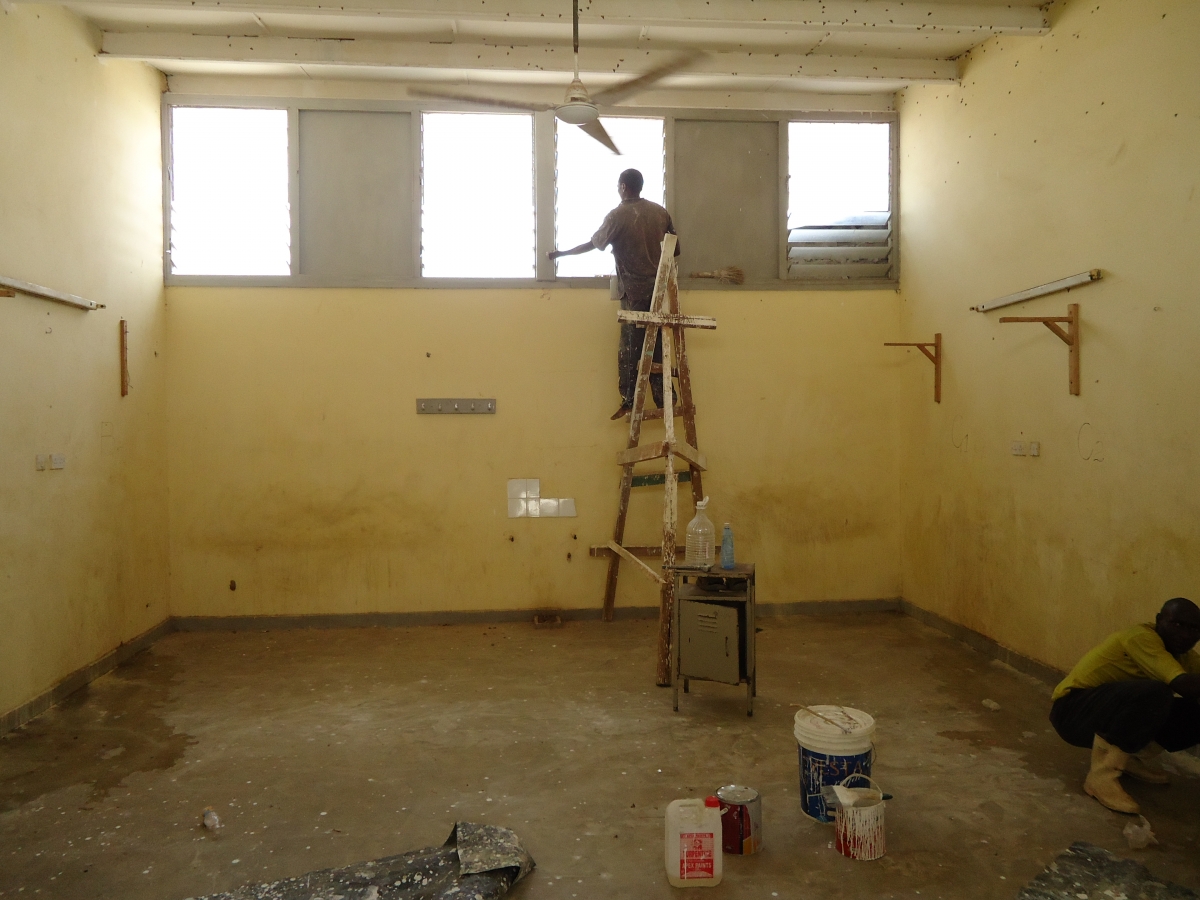 Picture of the pediatric Ward after the paint job 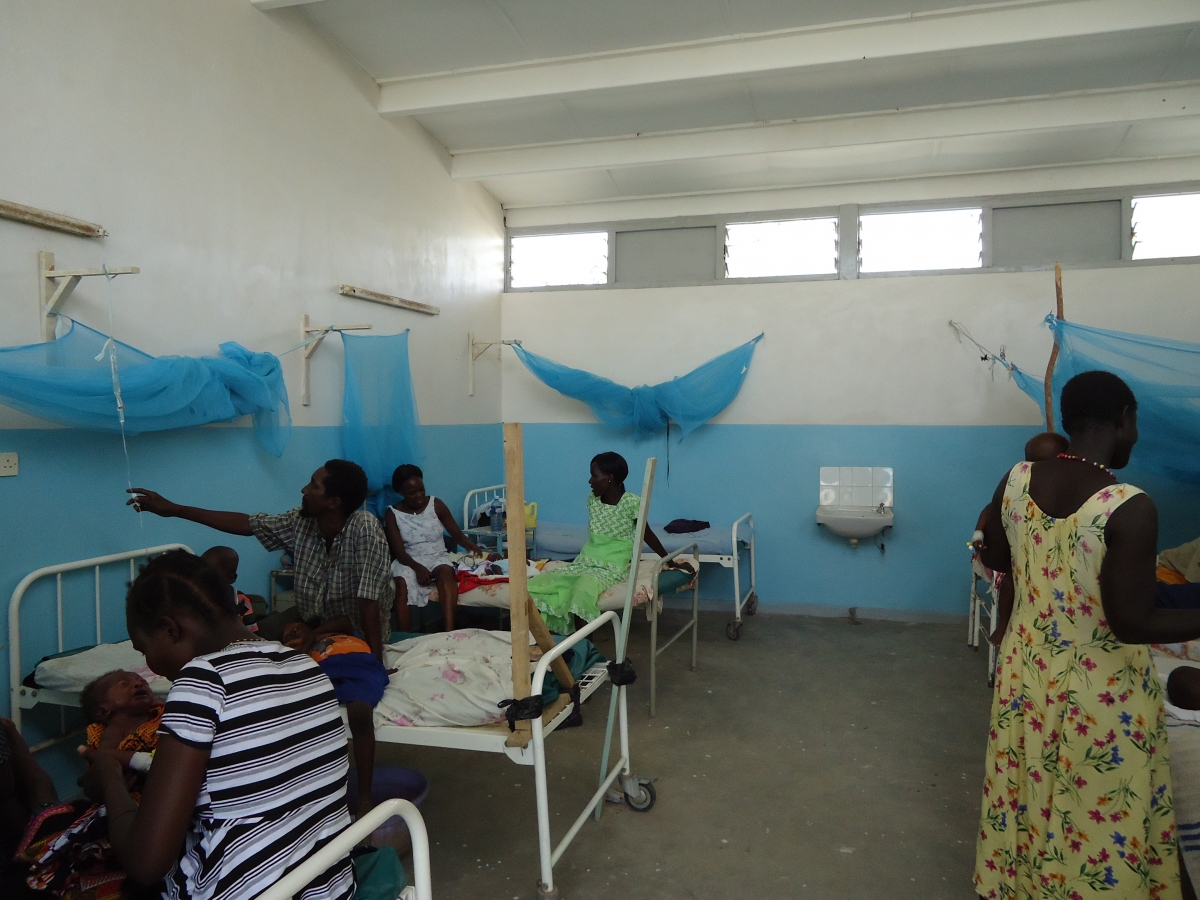 A week ago, the national pharmaceutical and medical supplies agency KEMSA delivered some drugs to the District Hospital. Our pharmacists were elated as the last shipment was over 4 months ago!! Some of the drugs delivered were on the drugs list that were to be supplied this month by RMF. This new KEMSA delivery has allowed Real Medicine to forward the funds allocated for these drugs to back-up emergency drug purchases such as Atropine and Diazepam. Real Medicine Foundation’s policy is always to complement what is supplied by the government and what is already existing and not to set up a parallel structure.

RMF is looking forward to improving the Pediatrics Ward even more with new equipment purchases next month – vital equipment such as a pulse oxymeter, an oxygen concentrator, and a nebulizer. The vast majority of our pediatric patients come in with respiratory illnesses, hence these machines are sorely necessary. Real Medicine is currently in negotiations with various suppliers regarding after-sales servicing and maintenance contracts as we realize that simply purchasing the equipment and not adhering to strict upkeep standards is not enough.

We realize that the rehabilitation of the pediatric ward is just the first step in a long journey. But we think we have started serendipitously and are on the right track! As Damaris Lokolii, who came in with her child for Peter Odome Lokolii for treatment, commented: “This is a good job you have done! I want to commend you for the good work. The ward looks bright and cleanliness has improved a lot compared to how it was previously. We are very grateful” in reference to the paint job that has just been concluded.