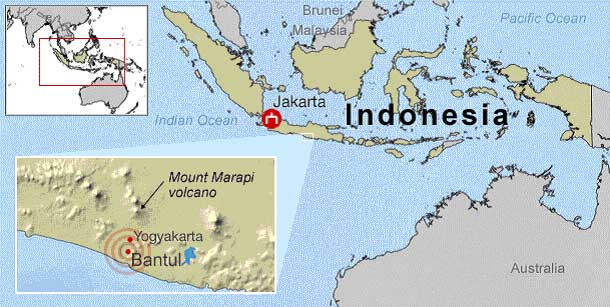 A magnitude-6.3 earthquake struck at 5:54 a.m. on May 27 near the ancient city of Yogyakarta, 250 miles east of Indonesia's capital, Jakarta. The massive earthquake has so far killed almost 5,700 people, seriously wounded more than 20,000 and left 200,000 homeless. Many of the homeless people remained near their damaged residences in makeshift shelters. Since the quake struck, there have been several hundred aftershocks. The earthquake's epicenter was close to the rumbling Mount Merapi volcano, and activity increased soon after the temblor.

You can help by donating here and specifying "Indonesia Earthquake Relief" in the note to Real Medicine.