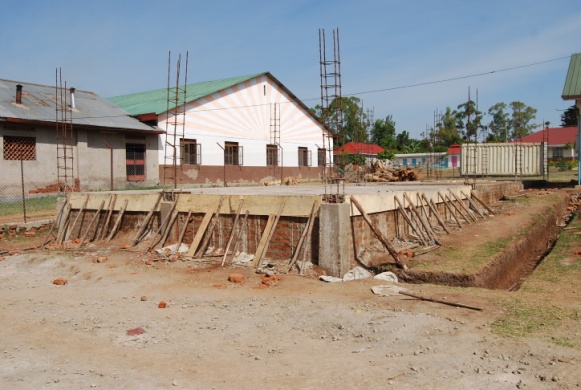 The school campus is located a few kilometers outside of the town of Tororo, a mid-sized town in eastern Uganda, about 200 kilometers from the capital, Kampala.  It is located on about 5 acres of grassland in the middle of a fairly rural area of outer Tororo.  The campus is a green, tranquil and a safe place for the children.

Sister Margaret Awor opened the Mama Kevina Comprehensive Secondary School in 2006, with the goal of providing both secondary education and vocational training. The vocational component offered training in baking (full bakery and equipment on campus), computers and agriculture, with the hope to open further programs to train students in tailoring and carpentry. Enrolled at the school are children ranging in age from 11 to 24, who attend secondary grades 1 to secondary 4. The student population is mostly from northern Uganda where many children have been affected by ongoing wars, floods and HIV/AIDS. Many of the students' parents were killed by rebels or AIDS which left many of the children as orphans. Several boys had been forced to be children soldiers.

A major change of administration and ownership of Mama Kevina Comprehensive Secondary School had caused the main source of funding for operating costs and expansion of the school to end in 2009.  The school was owned by Sr. Margaret Awor who had been receiving donations from an NGO in Germany and well-wishers to fund its operations. She left for a sabbatical retreat to Nairobi, Kenya and the school ownership was transferred to the hands of the Little Sisters of Saint Francis.  Sister Clare, the head of the Little Sisters of Saint Francis in Tororo, is now fully responsible for the school’s future.  Due to both the economic crisis and the change in administration, the NGO donors withdrew support of the school in 2009.  The funding crisis was exacerbated by the fact that many of the paying students left as the services offered decreased and paying parents put children in different schools.  The loss of 100 paying students meant losing approximately $30,000 in funding per year. The original donors had been providing approximately $50,000 a year in funding to cover costs of the staff salaries and food for all the children.  Sister Clare managed to get by on very little funds for the next two years and went into debt in order to purchase food so the orphans would not have to go hungry or leave the school campus.

The previous donors had also started to fund an ambitious expansion of the school and began construction on 4 new buildings before pulling out in late 2009.  There are currently two buildings on campus that are one-third to one-half with concrete re-bar/block construction.  There are also two buildings that are almost finished with roofs completed; one a chemistry lab classroom and one a large boys’ dorm building.  Some of these buildings are still repairable/usable and others need to be torn down for safety reasons. 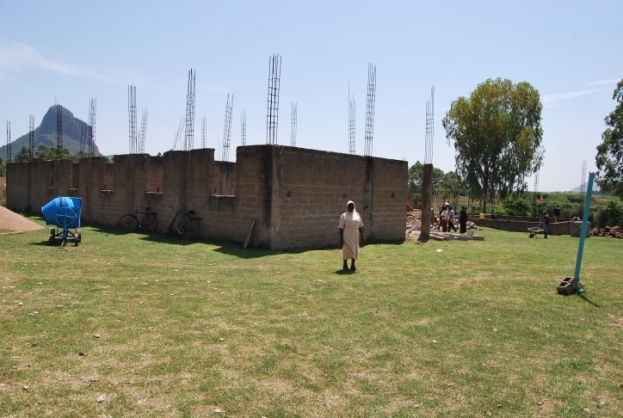 Starting at the beginning of the Second Quarter of 2012, the World Children’s Fund started significant financial support of the school with $7,000 per month in operational funding.  This funding is being used to cover the school’s various operational expenses, enabling it to significantly raise the level of academics and support for the students and orphans.  Funding through the first half of 2013 also enabled the school to upgrade the computer and administration equipment, repair the girls’ bathrooms, upgrade the kitchen, and equip the biology and chemistry labs with the needed lab equipment.  120 new paying students were recruited during this time to help subsidize the orphans and other non-paying students. This was a much larger number than expected and came with its own challenges, with limited extra sleeping space available in the existing dormitories and the overcrowding of some of the classrooms.  The administration installed triple decker bunk beds in the dormitories as a temporary solution. The optional classes for Senior levels Three and Four are now being conducted in the Outdoor Tents purchased as temporary classroom spaces.  The next phase of the school’s success would require funding for the expansion of buildings and infrastructure and require new funding for the construction costs.

We were very excited to announce in mid-2013, that World Children’s Fund agreed to fund the construction of four new buildings, which will substantially increase the capacity of the school to attract more paying students to help subsidize the non-paying students and move closer to becoming a sustainable school. The funds will go towards the construction of new girls’ and boys’ dormitory buildings, a dining hall, and finishing the ground floor of a new office/classroom block.  Construction began in December 2013.  This brings the partnership between WCF, RMF and Mama Kevina to a new level, and promises to make the school a model program for the area. 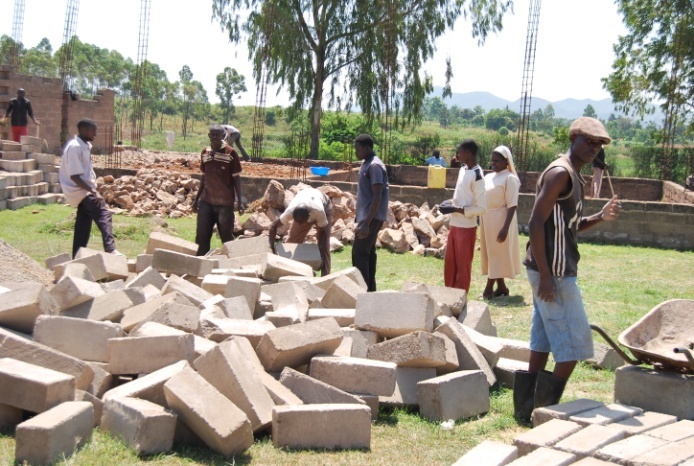 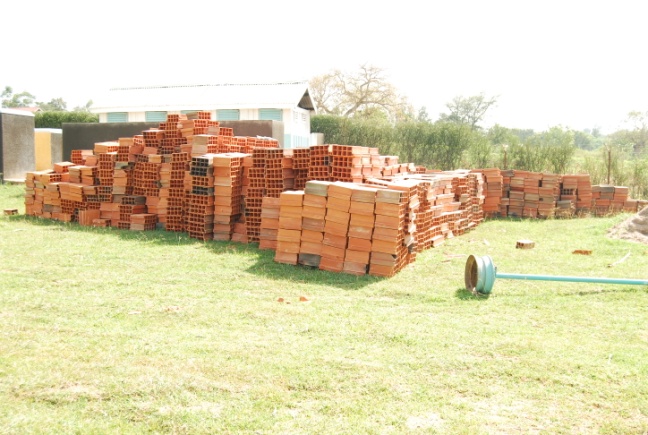 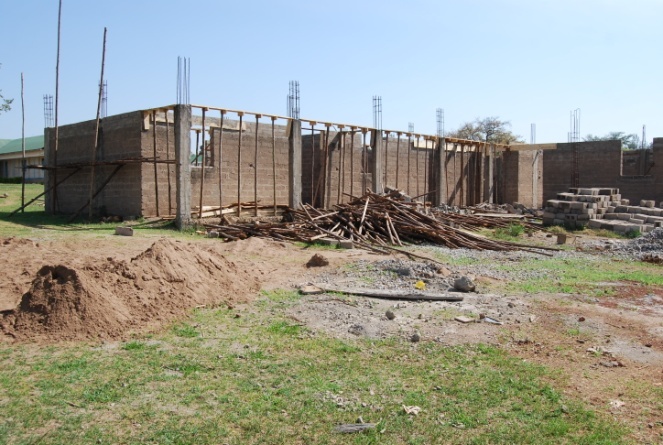 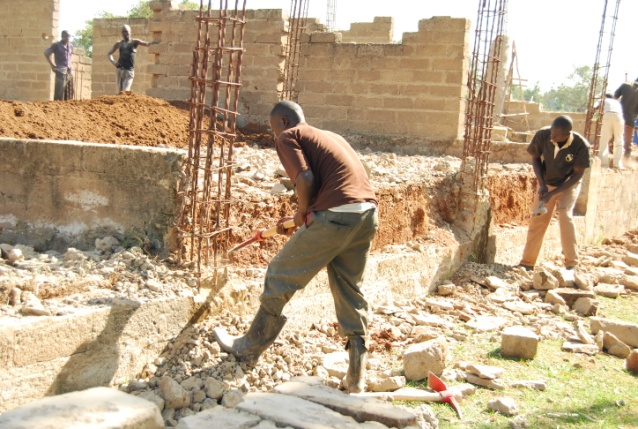 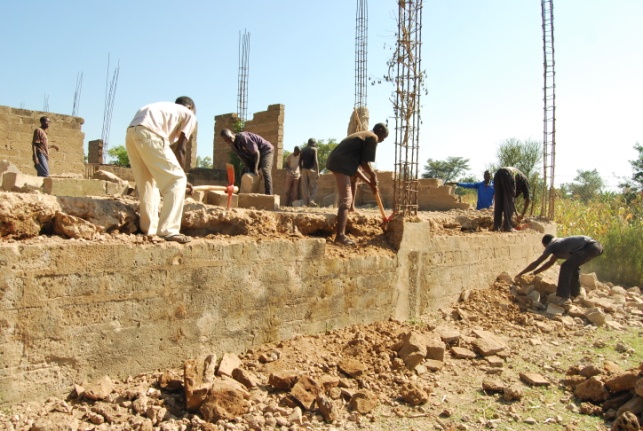 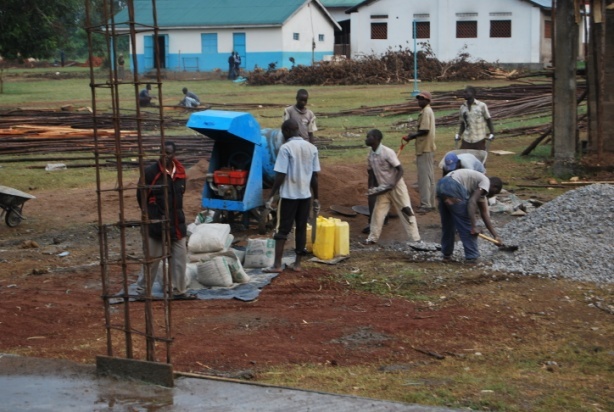 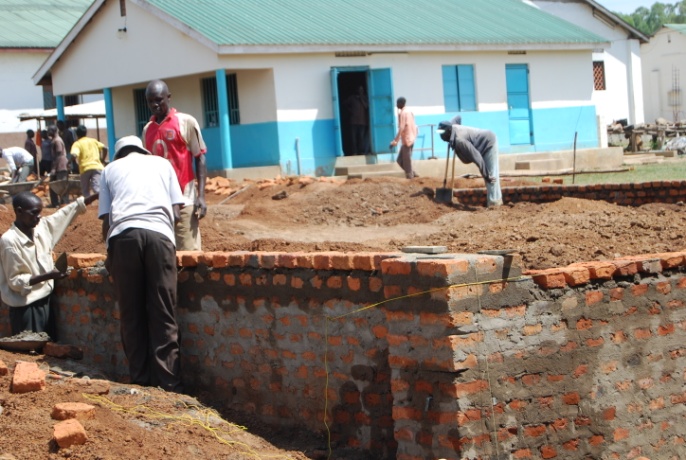 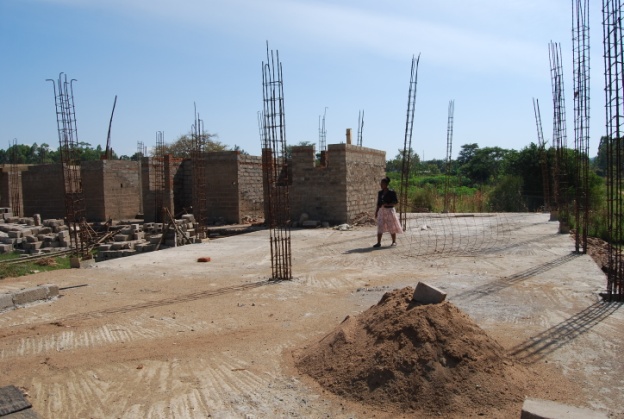