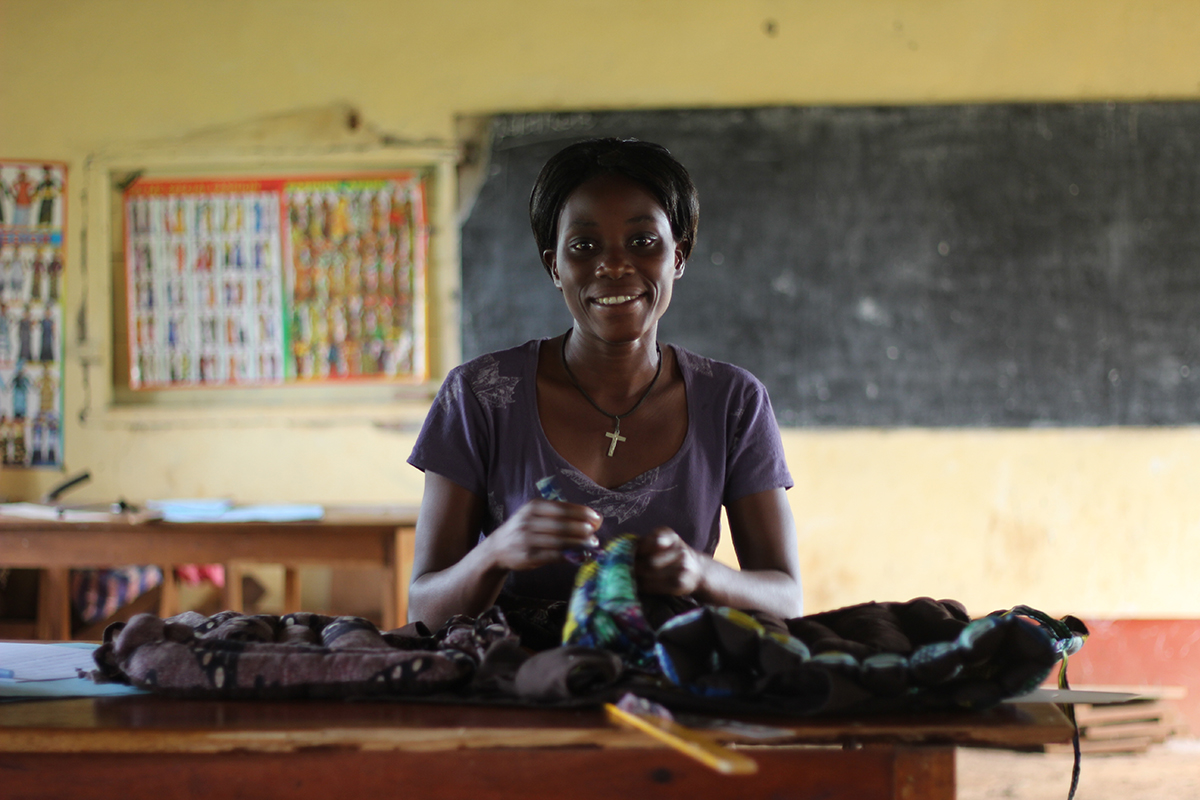 As RMF and JICA were still negotiating about partnership in vocational skill training, RMF local management went ahead advertising for the students’ intake on tailoring and garment cutting (40 students), carpentry and joinery (20 students),  bricklaying and concrete practice (20 students), and hairdressing and beauty therapy (20 students).  Below was the advertisement that ran in all community notice boards for a period of two weeks:
AD TEXT:
RMF in collaboration with JICA have raised funds to support vocation training for Refugees and nationals at Panyadoli Vocation Training Institute in Kiryandongo Refugee Settlement hereby invites all interested applicants for the following courses at PVTI:

Southern Sudanese are advised to apply since we have southern Sudanese instructors.
Interested applicant should submit their application letters to the principle of PVTI.
Qualifications:

Tailoring and garment cutting
This course attracted 186 applicants and 178 turned up for the interviews. The panel assessed the students basing on the following

Minutes of the meeting held by the interviewing team in preparation for conducting interviews of all students for different courses:
Venue: Panyadoli Vocational Institute
Date: 16/12/2014
Assigning interviewing panels with duties.
The assigning of the groups was allocated as follows:
Group 1: Tasked to handle brick laying and concrete practice/carpentry and joinery
Members were:

2. Presenting the names of the successful students to the principal of the institute.
Successful candidates for:
Hairdressing and beauty therapy:

It’s based on these factors that the students who expressed such qualities were chosen. The table below shows the marks that were given according to each aspect.
Recommendation:

The Resolution
The meeting that convened from 16/12/ 2014 to 17/12/2014 at Panyadoli Vocational Institute entrusted with the task of interviewing and finding suitable students for the given courses, hereby on this day of 17th/12/ 2014 resolve that the names of persons above be admitted for the given course for the academic year 2014/15.
Job Ads for Vocational Training Instructors:

The ideal candidate for this position should have vast experience in brick lying and concrete practices with a traceable record of good workmanship. The candidate should possess a minimum qualification of at least advanced certificate in masonry work from a recognized institution.

Candidates for this position must address the following criteria: should hold at least craft 2 certificates in carpentry and joinery. Qualification vocation training is added advantage. Working experience of at least 3 years is required.

Applicant for this position should hold a minimum of advanced certificate in tailoring and garment cutting, fashion design and interior decoration from a recognized institution with a progressive experience of 3 years.
The duty station for all the positions is Kiryandongo Refugee Settlement.
Address your application to Country Director Real Medicine Foundation, p.o.box 769 tororo or email to Charles.Lwanga@realmedicinefoundation.org or deliver to our office at Kamalu House Makerere Kavule – Bombo road, opposite Total
Call : 0702994110 or 0783 180655       Emai: nakucl@yahoo.com.
This advertisement ran on 10th December 2014 in RMF Kampala notice board, RMF Buwate-Ntinda Kampala office notice board, RMF Tororo notice board, Kiryandongo district notice board, Kiryadongo Refugee Settlement all community notice boards and all health centers.
The applicants were allowed to submit their applications and CVs by either hand delivery or electronic.
By close of Saturday 20th December 2014, the following applications had been received both by hand and electronic:   The project manager and book keeper the interview was conducted from Kampala RMF head office.  In this interview, OPM was represented by Assistant camp commandant and technical person (accountant) was hired to participate in asking technical questions.  For instructors, they were interviewed from Kiryadongo refugee camp as report indicates below.  In the first place all who applied for tailoring did not qualify, we had to re-advertise to get qualified person for the interview:

Venue: Panyadoli Vocational Institute.
Date: 23/12/2014
Minute 01:      Communication from area coordinator
The area coordinator who was the chairman informed the meeting about the procedures that would be taken in under taking the exercise that would see the selection of new instructors. The chairman also stressed the issue of transparency in conducting of the exercise.
Minute 02:     Organizing the panel for the exercise.
Given the number of applicants that tendered in their applications, there was only on one panel that carried out the exercise since they were few. The group was tasked to do the interviewing for two positions that is bricklaying, carpentry and joinery and these members included the following.
Members:

Minutes for the interviewing panel that carried the exercise for
Venue: Panyadoli Vocational Technical Institute
Date: 23/12/2014
Successful candidate for the position of instructor bricklaying and concrete practice

Successful candidate for carpentry and joinery.

Carpentry and Joinery instructor.
The position was advertised on the 16th of Dec 2014 around the settlement and it attracted three applicants  who qualified and were short listed for interview and who at the end came for the interview.
Odong Bosco.
He exhibited knowledge as he knew some tools, smart but he was a little timid, his documents were verified are ok but had little experience in the field of two years. Attitude seemed to be completed in the way he was answering the questions as if he didn’t care about the questions the panel was putting forward and in the technical part he scored 48%
Oryem Angelus Remmy.
A retired teacher, his papers expressed him before the panel would start interviewing him. He had good experience of more than 30 years in service, smart and knowledgeable about vocational studies as he knew much the tools, the general questions answered very well and proved to the panel that really the experience he possess can be of a big advantage to the students if give the job. His scores were 62%
Odong Edward.
The last candidate to be interviewed, Edward was much optimistic about how much he would earn as he was les aware of some general questions technically he knew some tools but when it came to self-expression, he was not confident about himself. Edward scored 42%
Conclusion.
The panel summarized that Oryem Angelus Remmy had better qualities as a teacher due to the vast experience he has had in field for many years so there was no doubt that at the end the panel had to recommend that he takes on the position as he possessed what had been advertised.
Bricklaying and concrete practice instructor
Advertised on the 16th of Dec 2014, the position attracted seven applicants, six were hand written and one was by email and at the end of the day, four candidates were shortlisted for interviews. on the interview day, the four shortlisted candidates turned up for the exercise that commenced at 9:00am.
Oyo Sam Charles.
He was our first interviewee for the day, self-employed, open minded, Charles was not confident enough as he was stammering in presentation. Little timid, he had also little experience with tutoring as he spent his time doing his personal work. Considering what he is doing currently, it does not bring the instructor aspect we need. Scored 43%.
Amen Opio Tom.
A tutor with Kiryandongo technical institute, eloquent enough, energetic, with good academic papers. He had good experience in the field but being a tutor in another technical institute, he didn’t convince the panel very well on how he would manage the two jobs well as both jobs need commitment. She scored 45%
Peter Mwanamwolo Mbusa
He had good academic documents; well experience being a teacher and also having personal business in relation to the job applied for. Confident and had good self-expression plus good teaching skills showed when asked to demonstrate the teacher in class aspect. Smartly dressed as a teacher peter showed that he would be the best candidate for the job. Peter score 65%
Kagoya Dinah
The only female among the heavily competed position for the men, Dinah had two years of experience, confident and eloquent in her conversion, technically she was also well versed with the tools never the less, she didn’t have the general knowledge understanding of other things. She scored 47%
Conclusion.
In summary, the panel looked at all the candidates that had tendered in their application and found out that Mwanamwolho Musa Peter was the best candidate to take on the job, hereby recommended for the job.

Program Launch
On the 28, RMF Country Director welcomed new South Sudanese instructors and lodged for them in Kiryadongo-Bweyale town.

On the 29th December 2014, RMF Country Director welcomed all the old and new staffs, and students at Panyadoli vocational institute.  Students were oriented on rules and regulations of the vocational school, they were taken around the school compound to know their boundaries.  New instructors were oriented on RMF code of conduct, values and ethics.  Project manager and book keeper were given their office tools and budget they are to run was given to them.  On this day, work started immediately and instructing students as three months is very limited time to achieve the curriculum.

In the afternoon of the day, students had concerns and invited RMF Country director to raise their concern of being fed at school.  RMF Country Director, told them, according to the funding received, it was very limited that could not allow provision of lunch to all students but students to take care of their own lunch.

On the 24th December 2014, we received our first JICA funding to RMF Uganda account, and on 29th December 2014, RMF procurement unit, started its duties of purchasing the requirement, and by 2nd of January 2015, the essential items were already delivered.  The procurement is still in process as major shops were closed for Christmas and New Year celebrations.  In few days, we will be sharing with you our first financial report so far.
Departmental Progress 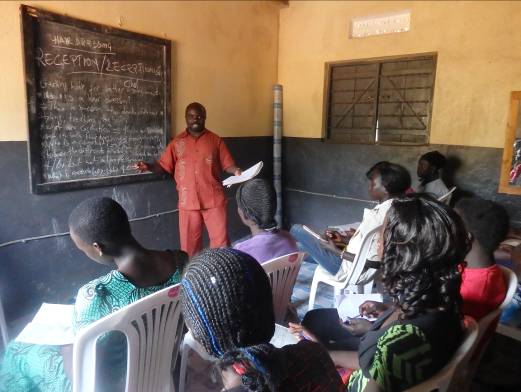 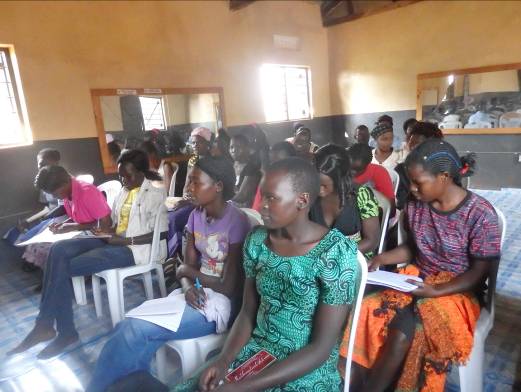 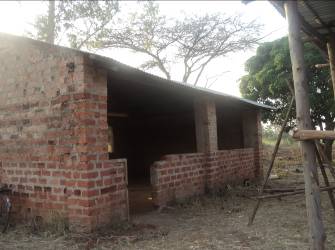 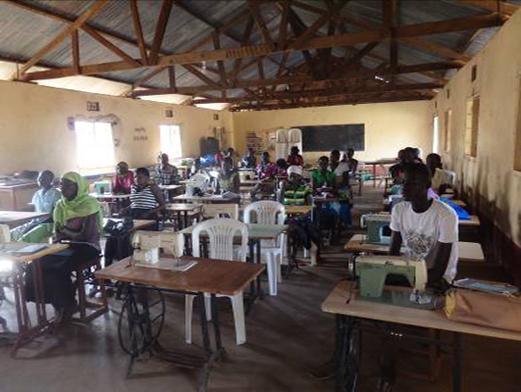