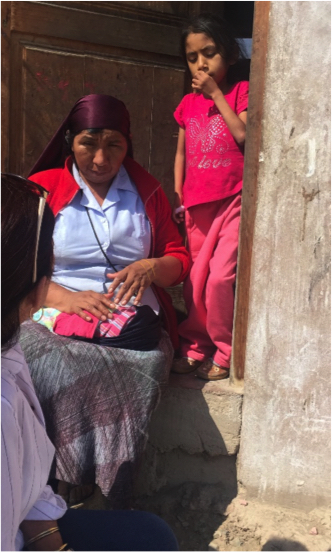 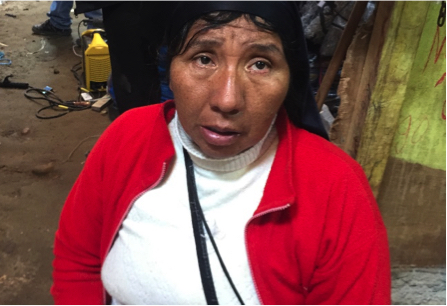 7-year-old Noemí is youngest of four siblings, and was born on March 11, 2009 in San Clemente. At two days old, she was taken to the emergency room, where she was diagnosed with bronchial pneumonia and had to stay in an incubator for several days.

In 2011, when Noemí was 2 years old, she would try to stand up, but was not able to. Her legs had no strength or stability. Her parents (her father owned a shoe shop in San Clemente and her mother worked in the fields collecting cotton) thought that their daughter’s development was normal. As time passed, Noemí’s mother sought medical attention at the “Posta Medica” where they began therapy. Noemí responded well to therapy, until her mother was mistreated by a medical professional who said that Noemí’s mother was not able to understand her daughter’s symptoms because she was too ignorant. Because of the insulting treatment she received, Noemí’s mother did not return to the “Posta Medica” to continue Noemí’s treatment.

In 2013, Noemí’s father passed away at age 39. Noemí’s mother became a widow, and was left to care for her four children. She became depressed because of the economic difficulties she had to face and the difficulty of maintaining the health of her four children.

We met Noemí when her mother brought her to RMF Perú because she was having problems with her lungs. Once we learned more about Noemí’s case, we realized that her health problems were not limited to her lungs.

We recommended that her mother bring Noemí to the PAMS-RMFP Mission to be examined by Dr. Thomas Gallagher. Dr. Gallagher examined Noemí and diagnosed her with kyphoscoliosis, a congenital deformation of the lower back. He recommended that she be seen immediately by a spine specialist.

Noemí’s mother does not have the economic resources to bring her daughter to a specialist, so RMF Perú’s team stepped in to help. We made Noemí an appointment at the “Clinica San Juan de Dios” in Lima, and we will be taking her to the specialist and helping her mother continue Noemí’s treatment.

In October 2016, we traveled to Lima's “Clinica San Juan de Dios” with Noemí for a consultation with spine specialist Dr. Iparraguirre. 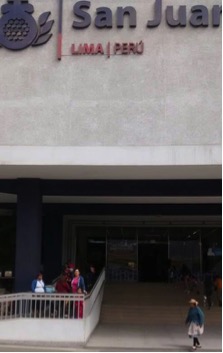 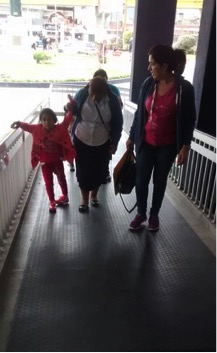 After a thorough diagnostic examination, Noemí was diagnosed with neuromuscular scoliosis. Dr. Iparraguirre’s recommendation is that Noemí receive 3 months of daily physical therapy and rehabilitation, use a corset, and undergo a consultation with a pediatric orthopedic specialist (who is currently away on vacation through November). 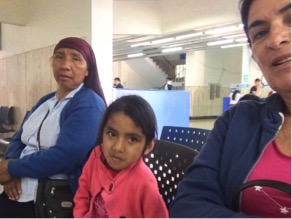 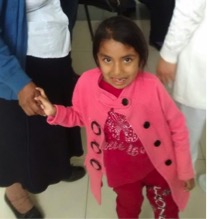 In Pisco, we have a Physical Rehabilitation Center: OZONED SAC. Upon our return from Lima, Noemí had a consultation with Physical Therapist Jacky Chaves at OZONED SAC. In addition to the diagnosis of scoliosis, Noemí also has: 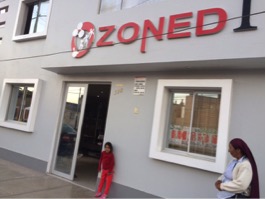 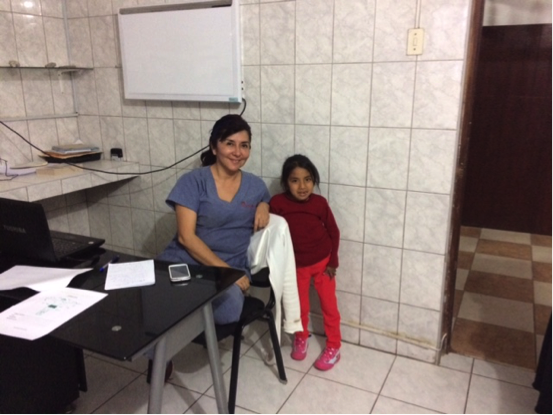 Noemí and her mother arrive at OZONED in Pisco

Noemí needs therapy, as well as orthopedic shoe inserts and an orthopedic corset. After 3 months, we will have a follow-up appointment with spine specialist Dr. Iparraguirre to determine whether Noemí should continue wearing the corset or proceed with a spinal operation. 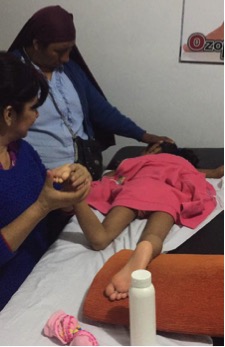 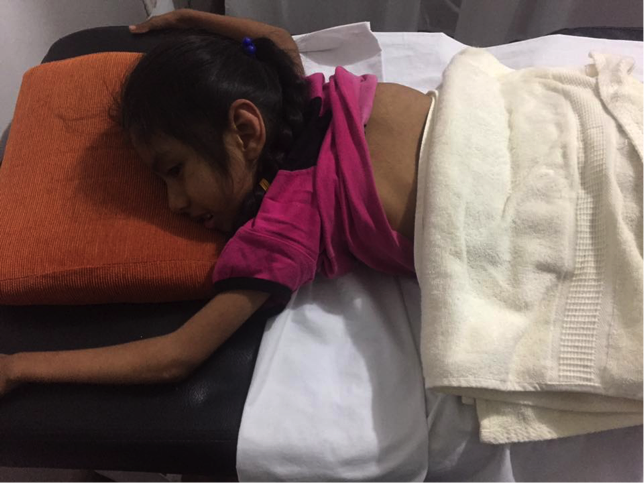 The 3 months of therapy, in addition to the corset, have a cost of $620. RMF Perú needs the help of our friends to be able to continue with Noemí’s treatment. Thanks to the help of a great-hearted person, Noemí has started her therapy, which has been financially covered for 10 days.

If you would like to support Noemí, you can donate to our current account in Scotiabank Nº0003417967 on behalf of Real Medicine Foundation Perú. Thank you in advance for your support.

On August 15, 2007, Pisco, Peru experienced a deadly earthquake: 7.9 on the Richter scale. Over 500 people died, more than 37,000 families were left without homes, and 150,000 people were left without water. The majority of the health infrastructure was damaged or destroyed in the earthquake, and the people were in need of medical attention. Real Medicine Foundation’s team was deployed to Peru on October 12 in an effort to assist those most in need.

The primary objective of our project was to bring long-term free healthcare to the victims of the earthquake who had lost their homes, possessions, and in many cases, loved ones. The areas most affected were Pisco, Ica, Chincha, Cañete, and Huancavelica. The site of the RMF clinic is in San Clemente, Pisco. San Clemente is the poorest district of Pisco, and the overwhelming majority of people cannot afford to pay for health services. In addition, outreach programs have been initiated to service the health needs in the very remote and impoverished areas around San Clemente and Pisco.