WIRED: The Afghan Quake’s True Cost Could Come in the Winter

Rubina Mumtaz, Country Director for Pakistan, spoke with WIRED about the earthquake.

"The Afghan Quake’s True Cost Could Come in the Winter"

On Monday, a massive earthquake shook the Hindu Kush mountains. Residents felt its effects across hundreds of miles, but so far reports of any destruction have been minimal relative to the quake’s 7.51 magnitude.

That doesn’t mean the threat is over. Tomorrow, military and aid workers will survey the damage in outlying areas, and probably return with more injured and dead. But not all earthquake damage can be counted in bodies. In the coming months, the aid mission will shift to helping those on the wrong side of earthquake-sundered infrastructure make it through the winter.

In Pakistan, the majority of the earthquake’s damage hit a region called the Khyber Pukhthunkhwa. (Don’t wear yourself out on that pronunciation, locals call it KPK.) “This is on the border of Afghanistan, and those places are out of contact,” says Rubina Mumtaz, country director in Pakistan for the aid group Real Medicine Foundation.

Monday’s earthquake is, in some ways, a throwback to 2005. That year, this month, a 7.3 earthquake struck in almost the same region. However, that quake killed more than 80,000. Casualties reported so far for this quake number just 231, according to Pakistani news station GEO TV. “RMF has a hospital in KPK, and up through the end of the day we didn’t have any casualties,” says Mumtaz. “I think the number of injured is low enough for the local hospitals to handle.”

But response groups to the current quake should really pay attention to the way its predecessor affected people for months after it hit. In 2005, the 7.3 magnitude quake cut off major mountainous regions during a particularly brutal winter. While this year’s quake was nowhere near as calamitous in its initial damage, Mumtaz expects similar problems over the winter months.

As winter creeps in, mountain towns rely on food and supplies from the south. Earthquakes trigger landslides, covering roads and cutting people in these remote areas off from aid. “Already today several landslides happened that have covered sections of road,” says Mumtaz.

Even though this quake’s depth muted its shaking—the epicenter was 130 feet deep—it probably caused some serious structural damage in poor areas. “Houses that are makeshift shelters will crumble at the tiniest of tremors,” says Mumtaz.

Once winter weather sets in, the lack of shelter will lead to issues like respiratory problems, exposure, and skin disease. (Without homes, people stay bundled up in the same sets of clothes, and often share beds.)

This isn’t a problem Mumtaz is preparing for at some point in the future. The first snows in the Hindu Kush mountains began weeks ago.

1 This magnitude ranking is according to the USGS. Pakistan’s national geological service is calling it an 8.1, while other international reports say 7.7. 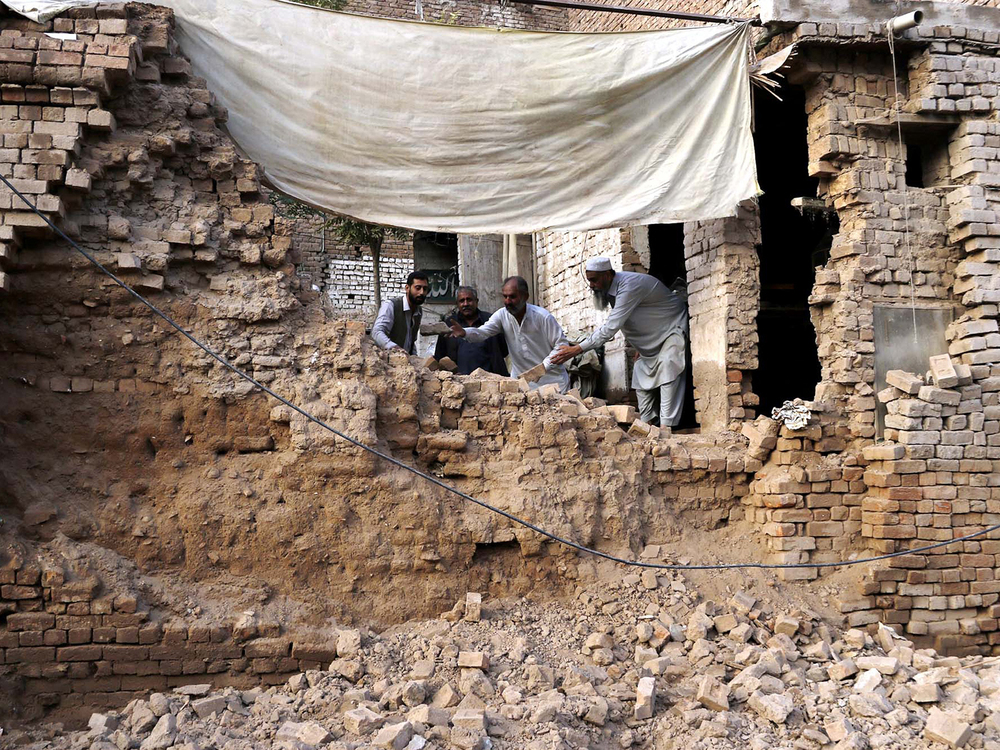