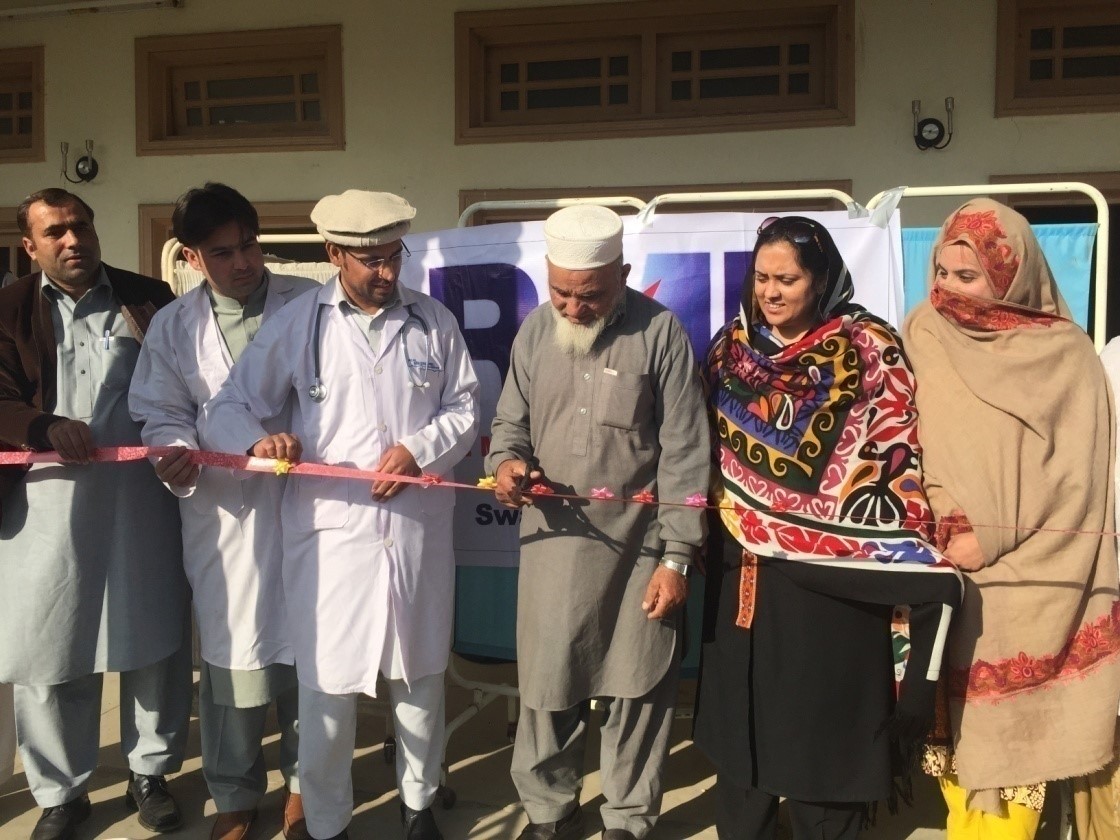 On October 26, 2015, an earthquake of magnitude 7.7 hit the Hindu Kush region of Afghanistan. Sustained tremors were felt all the way down to Islamabad, Lahore and New Delhi in India. Emergency responses by the National Disaster Management Emergency Response teams and Pakistani Army Rapid Response units were the initial face of the rescue operations. Mortality and morbidity figures rose to nearly 300 dead and over 2,000 injured in KPK’s key affected areas of Districts Dir, Chitral, Buner, Swat, Shangla and Malakand.

Due to the depth of the earthquake, the damage impact of this otherwise powerful earthquake was controlled, but the main quake was followed by 87 aftershocks, which along with the winter rains and snowfall triggered off a series of landslides in the mountainous regions causing weakly structured houses build on hill slopes to collapse. Approximately 59,000 houses have been destroyed rendering nearly 600,000 people homeless or living in makeshift shelters.

Although no formal request was made by the Government for international assistance, a fact attributable to the security concerns related to these previously Taliban infested areas, local NGOs and CSOs along with the Government and the Pakistan Army provided rescue and immediate relief services to victims. Relief efforts included supply of winterized tents, plastic matting, food packages and bottled water. According to OCHA, a total of 4,876 households were served by several local CSOs. Medical care services were provided by augmenting the Government health facilities with nearly 5 tons of medical supplies. Volunteers registered with the government health facilities assisted in easing the burden on the health facilities.

Detailed data of affected populations in terms of shelter, food and health needs was lacking in the immediate aftermath of the disaster when people were in most dire need. So, Real Medicine Foundation Pakistan carried out a needs assessment survey from 29th Oct to 2nd November 2015. A total of 100 households were identified and registered with RMF, using the National Identification Card number (NIC) of the head of the household. Their demographics and needs, both short-term and long-term, were collected using survey forms.

We identified 30 households in Mohalla Bhakharawan in Union Council Kabal, Tehsil Matta, and 70 households in Mohalla Akhonbaba, Union Council Shagai, Tehsil Saidu Shariff.  The average household size is composed of 7-11 family members with an average income of USD 100 per month. The occupations of these people range from daily laborers, carpenters, farmhands and sweepers. Most of their houses were weak structures made from a mixture of baked mud, stones and brick houses, often built with their own hands that collapsed at the first tremors. Some people lost their livestock which was being kept indoors to protect them from the cold. Their hand-to-mouth existence (average income is 100 USD per month for an average of 7-9 member families) meant that their entire existence collapsed with the rubble. The needs assessment report identified the following needs:

Collaboration between RMF and LDS

A MOU was signed between RMF USA and Latter-day Saint Charities, Inc. (LDS), a not-for-profit organization organized under the laws of Utah, USA on 1st December 2015 for a relief project for earthquake affectees in District Swat. LDS is the funding partner and RMF Pakistan is the implementing partner.  The project is taking place in two sites, mainly Mohalla Bhakharawan, Union Council Kabal, Tehsil Matta and Mohalla Akhonbaba, Union Council Shagai, Tehsil Saidu Shariff, District Swat. The project goals and objectives are:

The project was launched within ten days of MOU signing on 10th December 2015 with initiation of Objectives I and II that were implemented in Mohalla Akhonbaba, UC Shagai. Objective I of distribution of winterized tents and blankets was conducted in this site. Tents left over on the distribution day were handed over to the local army brigade to distribute to needy families in the more remote regions of UC Shagai which are accessed only by the Army, due to security reasons as well as the geography of steep mountain areas. Blankets left over will be distributed from the RMF Clinic site over the months of December 2015 and January 2016.

Objective II of providing food rations is being conducted over both sites over the entire project period of 3 months. 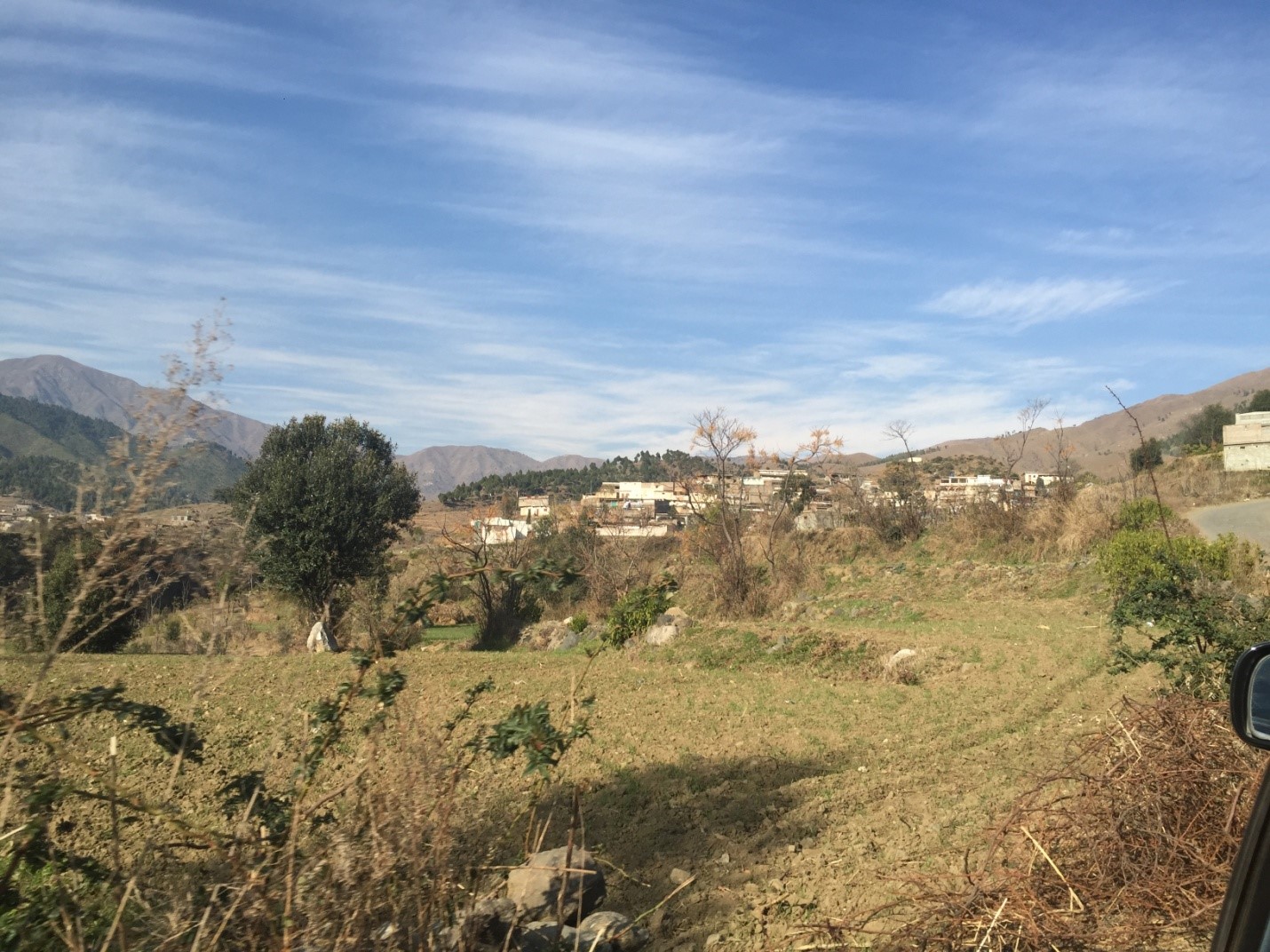 For selection of a clinic site, RMF’s policy is to choose a site that is located outside a minimum of 20 km radius of the nearest health facility. Once on ground, we evaluated the initially selected Mohallas for a clinic site.

Mohalla Akhonbaba of UC Shagai, Tehsil Saidu Shariff revealed that the government based Akhonbaba BHU was closely situated to the mohalla (village). In addition the tertiary care teaching hospital was within a distance of 8 km from the mohalla. Our interviews with the women of the area revealed that they were relatively satisfied with the health services and 6 out of 8 of the women interviewed had had hospital based births.

Mohalla Bhakharawan of UC Kabal, Tehsil Matta was re-evaluated and we came up with a similar result. A local NGO was already providing free healthcare services to the people and to their satisfaction. This meant that we then moved on further inwards towards the more remote regions of Tehsil Matta. After several days of snowballing technique of identification, we finalized our site in Mohalla Laloo Bandee of the same UC and Tehsil where the nearest health facility is beyond a radius of nearly 20 km.

Our initial proposal had envisioned a large tent to house the clinic. However, the reality on ground was quite different and the option to take up a permanent structure was possible. We took up, on rent, a local house centrally located in the mohalla for our clinic site. Technically this is not a complete house, but a part of a larger house that was being used for storage purposes. The clinic portion has a separate entrance from the back and is composed of two rooms and a shared compound. Intensive cleaning over two days made the space habitable for a clinic setting. The compound is divided by a curtain into two gender segregated waiting areas. One room is for the female patients, and the other room is the male doctor as well as the pharmacy stand.

The RMF team travelled from Islamabad to Swat for two days to interview candidates for the doctor, LHV and medical technician posts.  The call for interviews had been made in the local media on the 1st of December and interviews conducted on a first come first served basis. A selection criterion was based naturally first on qualifications but with a strong emphasis on a compassionate and empathetic nature of the incumbent.

We selected a husband and wife doctors’ team since the couple not only belonged to Tehsil Matta but had decided to give up lucrative careers in the main cities to come back to their hometown to serve their people. So instead of a LHV, we have a fully qualified female doctor in her place.
Since the clinic site was now not a tent service, we hired a cleaning lady for the sanitation of the place and a security guard for the night.

The bare minimum clinic furnishings were procured from Mingora city and transported to the clinic. The doctors set up the clinic as to their requirements. At this stage, we limited purchased procurement of furnishing to a bare minimum and took up several items from our existing inventory of the Nowshera Health Clinic that were not in use. The same approach was applied for medical equipment; medical supplies were procured from our Peshawar based vendor who has been supplying us with medicine for our Nowshera Health Clinic since the last two years. He happily agreed to transport the monthly medical supplies directly to the clinic. For details on the furnishings, medical equipment and medical supplies, please refer to annexures 1, 2 and 3, respectively.

We were ready to begin operations on 21st December 2015. 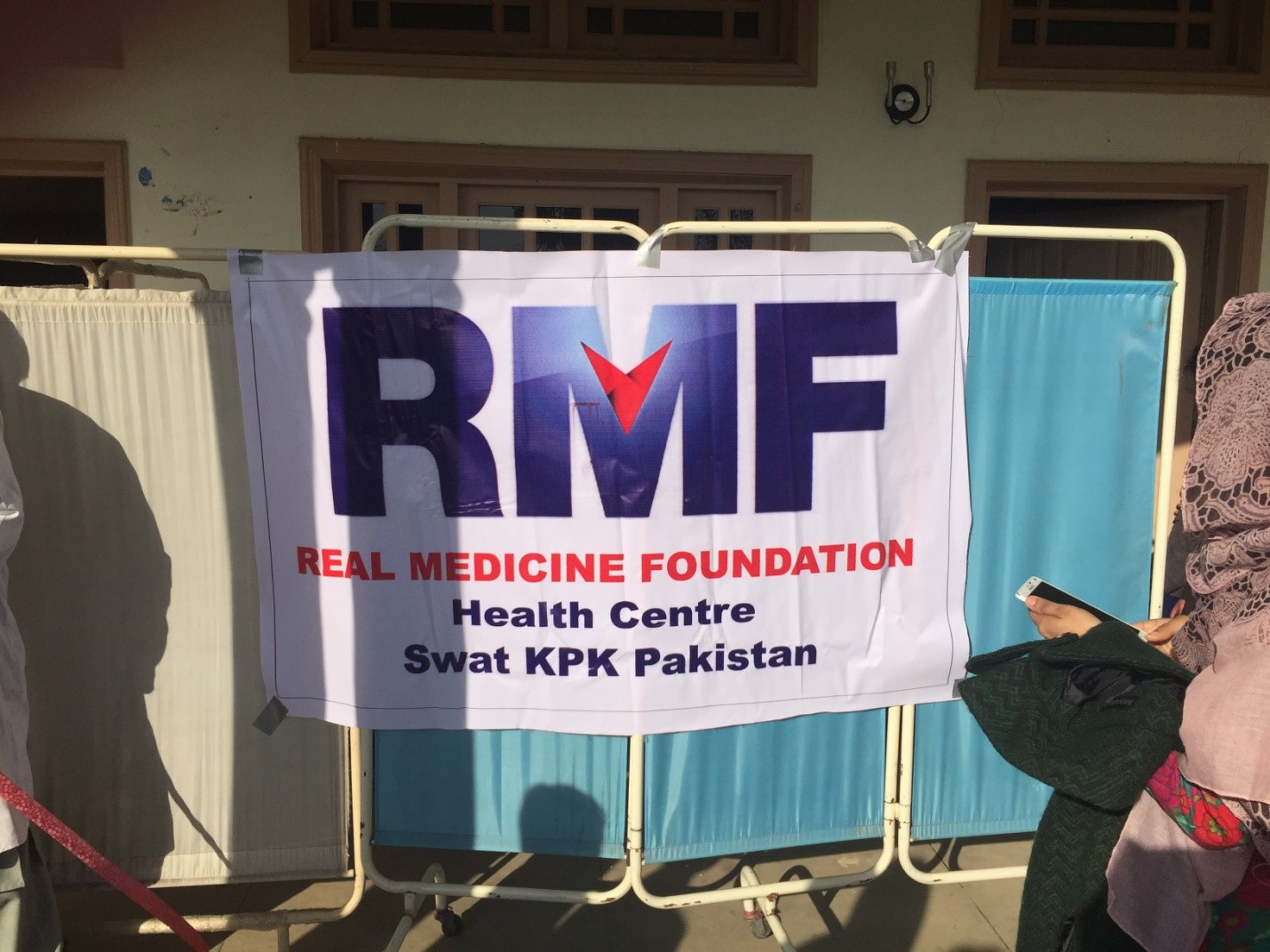 The formal inauguration took place at 10:00 AM with the following guest of honor and participants:

Mr. Lajbar Khan thanked RMF for the initiative and said, “We are very grateful to RMF as we always needed such a service and after the earthquake the need has increased. People of this area are extremely poor and have no means to travel to the nearest facilities, which are very far away.” Mr. Lajbar Khan also ensured his cooperation and said that he looks forward to the extension of this Medical Centre.

Ms. Bhatti thanked Mr. Lajbar Khan and the local people for taking the initiative so positively. She also thanked the RMF staff and volunteers who worked really hard to establish the center. Ms. Bhatti introduced the staff of the Medical Centre to the local community and requested the staff to work hard and reach to the poorest of the poor population.

Finally Mr. Mujeeb-ur-Rehman thanked everyone and closed the ceremony.

After the ceremony the Medical Officers formally started seeing patients. 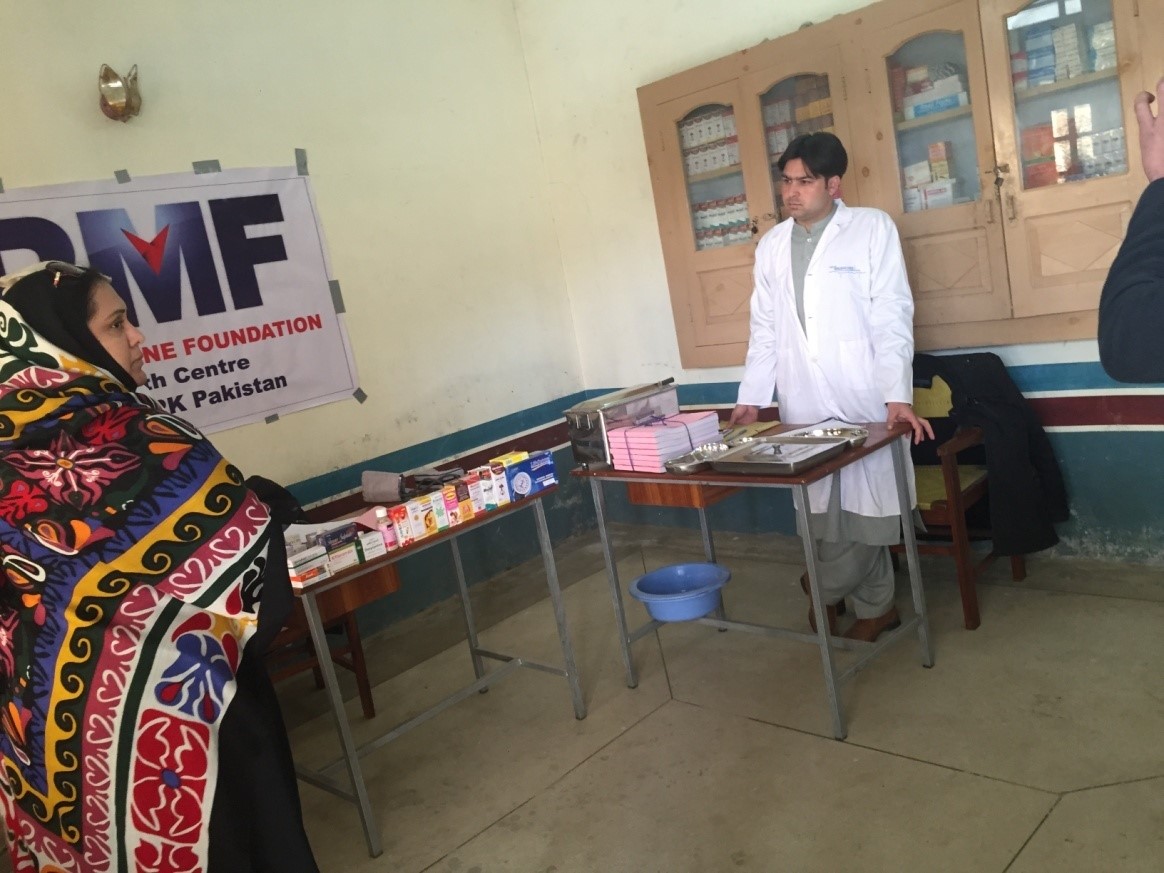 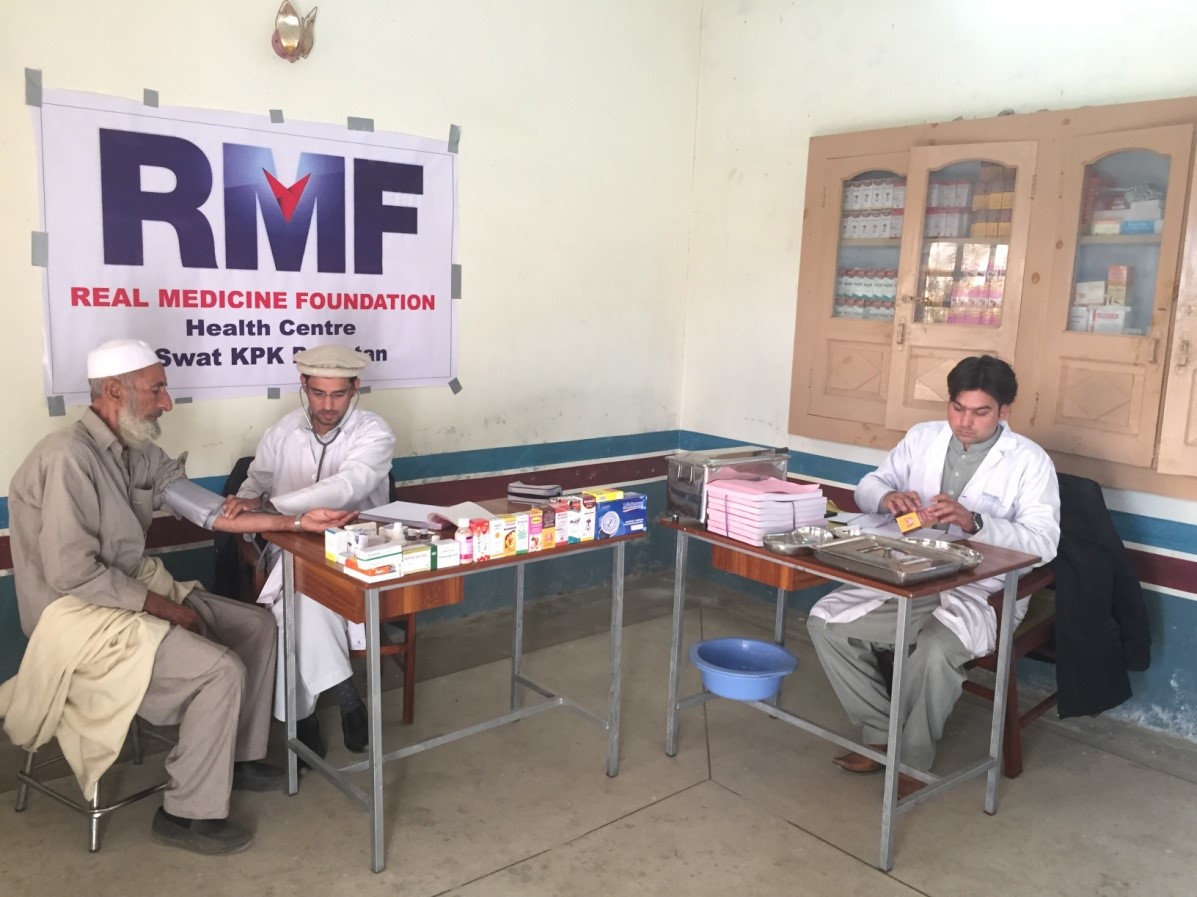 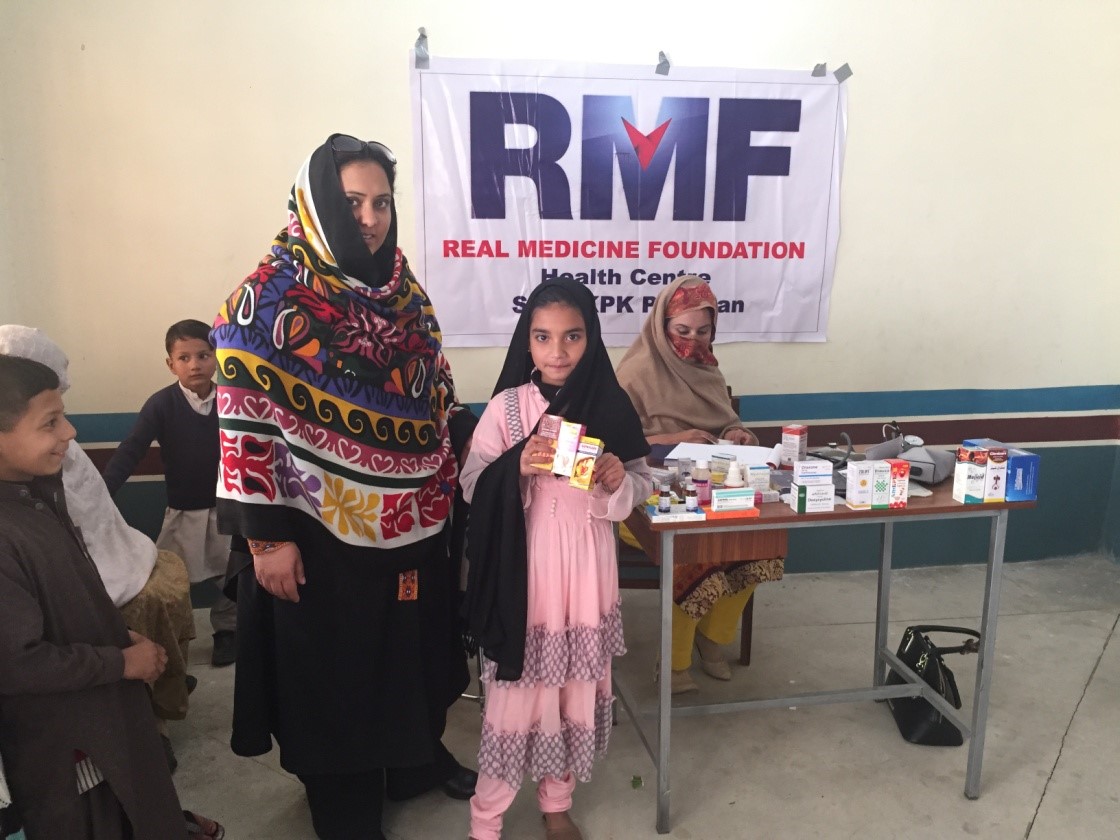 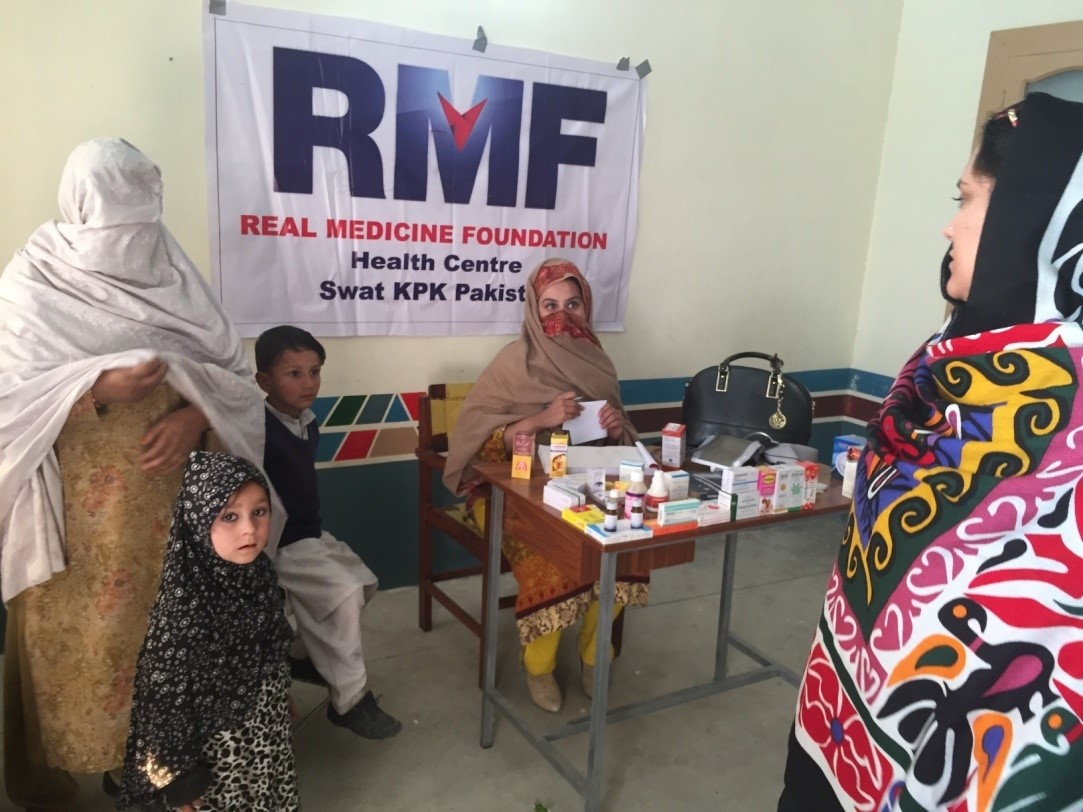 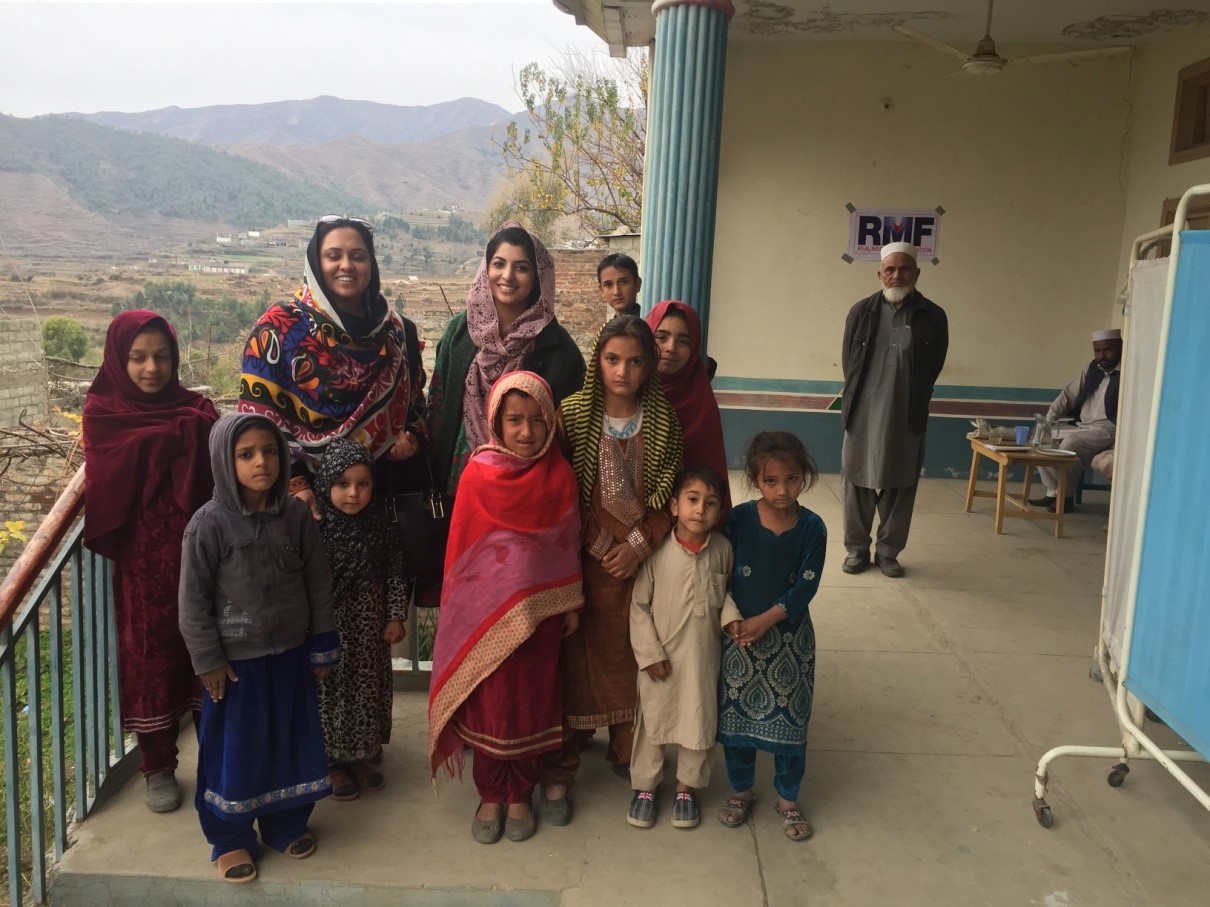