Background
District Nowshera has a population of 310,899 IDPs housed in host communities and Jalozai Camp which is the largest IDP camp in Pakistan with a population of 75,595 (Jalozai Camp Profile September 2013). Nowshera (also locally known as "Naw" "khaar") is one of the most historical and important districts of KPK.  It is bordered to the west by Peshawar, to the northwest by Charsadda and Mardan, to the east by Swabi, and to the southeast by Attock Districts. With a total area of 1,748 square km, it is divided into two Tehsils (Pabbi and Nowshera) and 47 Union Councils. 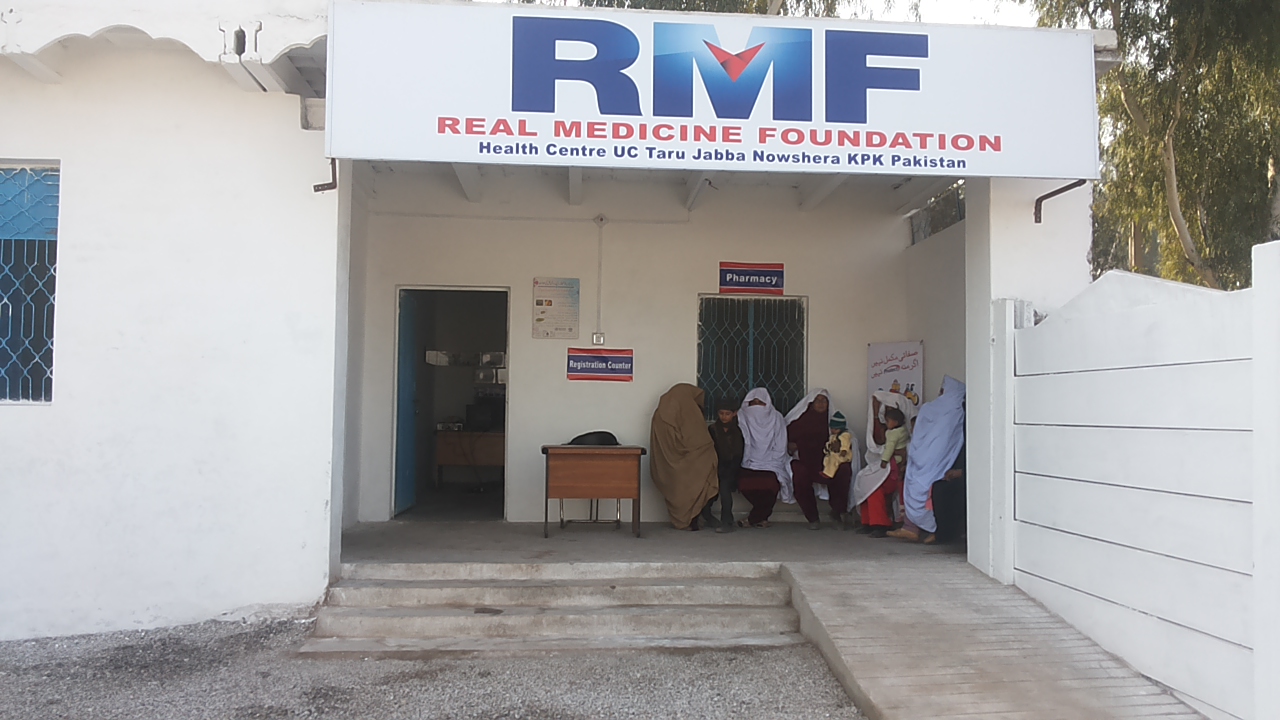 The health department of District Nowshera which has an infrastructure designed to serve a population of 1.4 million, is now overwhelmed with an increased population of nearly 1.9 million. This added pressure has been eased by a cluster of NGOs under the umbrella of the WHO. Having successfully provided primary healthcare services in District Charsadda for three years from 2010 to 2013 in the Union Councils of Gulbella and Agra that provided quality healthcare to 41,529 disaster affected poor and vulnerable men, women and children, RMF was invited by the WHO cluster to join hands in addressing the health needs of internally displaced persons in the refugee camps and host communities in any of the above mentioned host districts of KPK. RMF is now a member of this cluster and plays a role in addressing the gap in MCH care for the women and children of the IDP community.

Program Structure
On October 1st, 2013, Real Medicine Foundation leased a site in Union Council Taru Jabba. The space available proved to be insufficient for the proposed MCH center. With funds from generous philanthropists from London the existing building was expanded to increase the rooms and utility area. With the construction complete within 5 weeks, the center opened its doors in the last week of November 2013.

Project Goal:   To improve the health of the IDP women and children, living in Union Council Taru Jabba as well as the surrounding areas, thereby contributing to the KPK Government’s mandate to address the immediate needs of this vulnerable group with their repatriation to their homes being the ultimate goal. 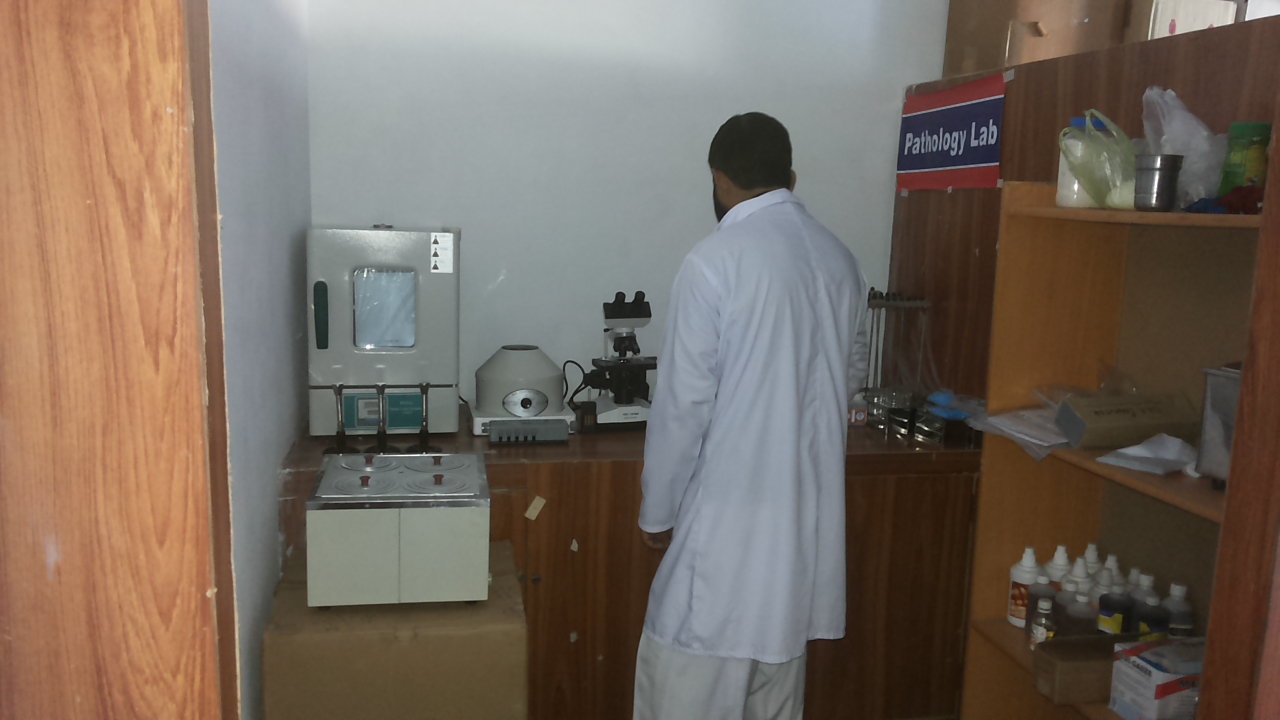 Target Population:
The project covers 45,000 IDPs and local populations in Union Council Taru Jabba; however, as per our previous experience in similar projects in other parts of the country, it is expected that communities from surrounding Union Councils will also access this health center.

The MCH component of the PHC addresses the unmet needs of the women and children of the IDP communities living in UC Taru Jabba and neighbouring Union Councils. At an average, 29% of the female population is in childbearing age and 18% is pregnant or lactating.  These women of childbearing age and children under 5 will be the direct target population of our MCH Centre.

Health related facilities in the area
Health related facilities are inadequately available in the region. Serving a population of 1.4 million, the health department of District Nowshera has 5 secondary and tertiary level Government Hospitals, 7 Rural Health Centers (RHC), and 32 Basic Health Units. In 2010, a large number of these health facilities, mainly BHUs and RHCs were destroyed in the floods. To address this loss, People's Primary Healthcare Initiative(PPHI), a public-private organization signed a MOU with the KPK Government with a focus to revitalize all BHUs in District Nowshera up to a standard level of functionality, a process that is currently underway.  Given that revitalization of BHUs is an on-going process mostly dictated by resources and political will, the added pressure of IDPs burdens the existing health facilities which have led to the need for additional primary healthcare and basic MCH services to be undertaken by non-governmental health partners.
The IDPs in the Jalazoi camp are provided healthcare via 8 BHUs and MCH centers operated mainly by Save-the-Children/Merlin, CAMP and CERD augmented by UNICEF for the nutritional aspect.  The IDPs in the surrounding host communities are served by only 4 BHUs mainly  BHU Jaghbesud, BHU Jalozai , BHU Wazir Ghari and BHU Taru, all manned by PPHI, in collaboration with Merlin and IRC. These organizations in addition to other NGOs inclusive of Islamic Relief, Johanniter Int and HHRD also augment the government health facilities in the rest of Nowshera District. The scope of primary health care services offered includes basic general physician and MCH services, nutrition, hygiene promotion activities, psycho-social support interventions and ambulance/referral services.

The BHU in UC Taru Jabba has been identified as partially functional and with Islamic Relief providing primary health care as an augmenting partner. This is insufficient especially in the arena of mother and child health; an insufficiency further exaggerated by the lack of culturally sensitive service provision as the majority of the IDP women come from the tribal areas of Pakistan that are highly patriarchal and extremely conservative in their socio-cultural practices. Displacement has made this tribal custom vulnerable to change, a fact that is bitterly resisted by these populations and this resistance often manifests in restricting the women’s health needs to a lower priority thus subjecting them to turn to untrained birth attendants for their reproductive and maternal needs.

RMF’s MCH Centre is operated by female staff and the model implemented is modified to be culturally sensitive to our target population’s sensibilities. We have an in-house pathology lab to carry out all routine investigations. A common trend we have observed in our previous facilities, many patients, mostly uneducated and unaware, tend to ignore requests for blood tests as this means either travelling long distances to government hospitals for their tests or their inability to afford the costs of tests from private facilities. In this manner, we tend to lose these patients as they do not return to the center making them vulnerable to unexpected morbidity or mortality. Offering this facility and ensuring that the tests are carried out within the hour facilitates their participation and eases an effective service delivery. In addition to MCH services, in response to local demand, minor primary health problems presented by women, children and accompanying men are also addressed.

In this reporting period, 354 and 202 women came for antenatal and postnatal visits respectively. About 146 women sought family planning services and 19 women came seeking treatment for infertility. These women were referred to the Lady Reading Hospital in Peshawar for tertiary level treatment. A total of 1,266 women visited the center for gynecological problems. The breakdown of the variety of these gynecological problems presented is summarized in the table below.

A total of 1,700 persons, including men, women and children presented a variety of primary health problems; most were the result of poor living conditions of the patients living in this community. They include:

By virtue of the location on the main road, 20 victims of road traffic accidents were also brought to the health centerfor immediate emergency care. Most were referred to secondary and tertiary care hospitals in Nowshera and Peshawar for additional treatment. The total number of referrals made during these four months was 97 patients.

The pathology lab became operational in January 2014 and so far has conducted a total of 499 routine investigative tests. The table below shows the breakdown.

This project significantly improved the access for women and children of the IDP community to quality primary level healthcare. The RMF Health Centre is slowly but surely building a good will in the community and as a sign of the health center’s engagement with the local communities, it often received volunteers from the surrounding villages to help with its services and outreach activities which are currently limited to health education on hygienic living condition focused mostly on scabies free environment and clean water/food to avoid diarrhoea.

The RMF Health Centre also interacts and coordinates with local health authorities at the district and provincial levels. We are currently in the process of obtaining collaboration from the KPK EPI program to set up an EPI desk and technician in the center. However, for this to materialize we are in need of a refrigerator to maintain the cold chain.