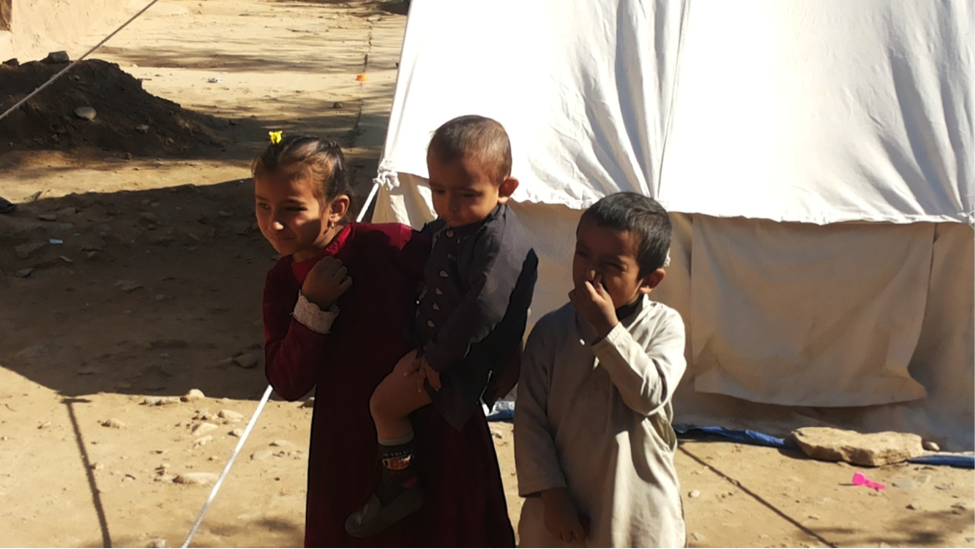 BACKGROUND
On October 26, 2015, at 14.09 hrs, an earthquake of magnitude 7.7 hit the Hindu Kush region of Afghanistan. The epicenter was centered in Badakhsan Province of Afghanistan, 76 Km north of the Chitral border of Pakistan. The earthquake has been calculated to have occurred due to reverse faulting at approximately 213 Km (132 miles) below the earth’s surface where  the Indian tectonic plate moves northward and collides with the Eurasian plate at a velocity of about 37 mm/yr. This convergence collision has produced the highest mountain peaks in the world including the Himalayan, the Karakoram, the Pamir and the Hindu Kush ranges. The U.S. Geological Survey initially measured the magnitude at 7.7, then revised it down to 7.5.

Forty minutes after the first earthquake, an aftershock of 4.8 magnitude was reported in the same area. Aftershocks continued over the next few days in the affected areas. Sustained tremors were felt all the way down to Islamabad, Lahore and New Delhi in India.  Due to the depth of the earthquake the damage impact of this otherwise powerful earthquake was controlled. 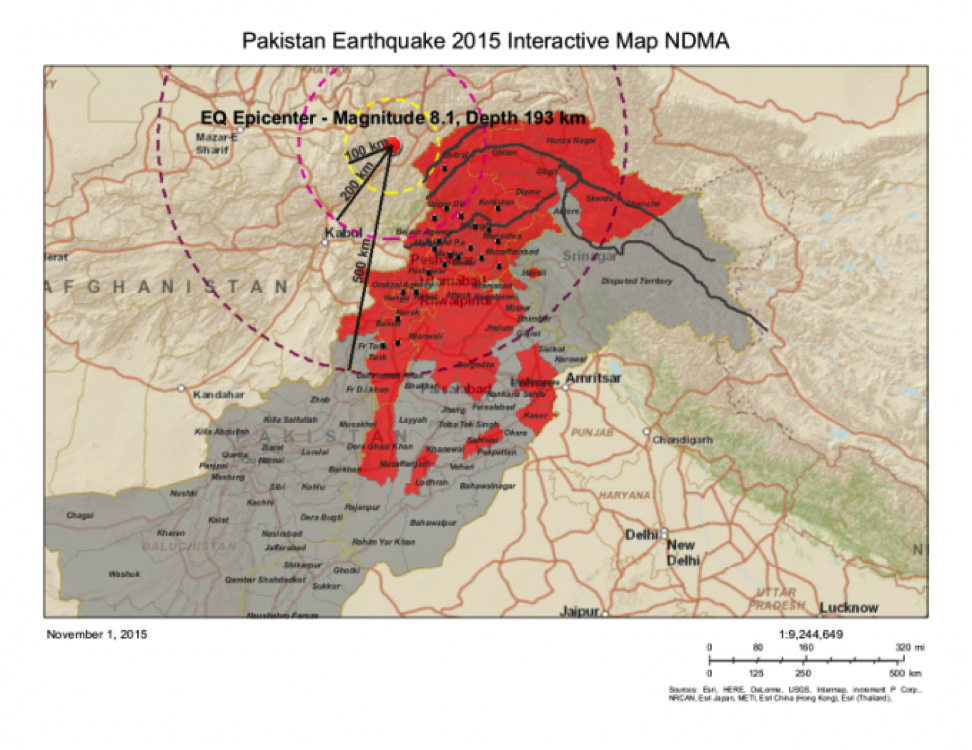 Emergency response by the National Disaster Management Emergency Response teams and Pakistani Army Rapid Response units was the initial face of the rescue operations. Information only trickled down from the remote areas of the northern border of Pakistan because communication had broken down. The northern province of Pakistan, Khyber Pakhtunkhwa (KPK) was most affected and over the next few days, the mortality and morbidity figures rose to nearly 272 dead and over 2,000 injured in KPK’s key affected areas of District Dir, Chitral, Buner, Swat, Shangla and Malakand.

The earthquake luckily has spared extreme damage to infrastructure of the affected areas, hence the low rate of mortality and morbidity but remote villages tucked deep in the folds of the mountains composed of mud and wood have succumbed to the quake tremors rendering whole villages shelter less. Also the event triggered off a series of landslides in the mountainous regions that, in the face of the impending winter where it has been raining and snowing in some regions, led to power outages in many places and road blocks, isolating large tracts of areas where people are in need. The main quake has been followed by 87 aftershocks, which damaged already weakened structures and landslides that are contributing to loss of homes build on hill slopes. Houses are being destroyed days after the earthquake. So far 59,000 houses have been destroyed rendering this number of households homeless. Rain and snowfall are also predicted over the next couple of weeks as winter sets in. The extreme weather places the lives of those who are living in the open or temporary shelters at risk. Temperatures in Swat are already below freezing at night and are expected to fall as low as –12C.

GOVERNMENT AND CIVIL RESPSONSE
The response to this earthquake by the nation is one of panic and frenzy, triggered by the memories of the devastating 2005 earthquake memories where tens of thousands died, hundreds of thousands were injured and rendered homeless. The Post Traumatic Stress effect has lingered on and surfaced with this incident.

The Government had formed National Disaster Management Programs in the 2005 earthquake and their preparedness has led the immediate rescue and relief efforts of the road accessible areas of the affected districts. The Pakistan Army, already based in these areas for their on-going operation against the Taliban in the KPK province, also assisted in the rescue and relief operations. Together, they have supplied to all districts of KPK, FATA and Pakistan Administered Kashmir. Their relief efforts supply so far consists of nearly 29,000 tents with 15,300 plastic mats for in-tent flooring, 490 tons of food packages, 32,555 blankets. Along with this food, 14 tons of bottled water and 40 filter plants have been set up to provide clean drinking water. Medical care services are being provided by augmenting the Government health facilities with nearly 5 tons of medical supplies. Volunteers registered with the government health facilities are assisting in easing the burden on the health facilities.

Although no formal request has been made by the Government for international assistance, a fact attributable to the security concerns related to these previously Taliban infested areas, local NGOs and CSOs have lined up and are already providing rescue and immediate relief services to victims. According to OCHA, a total of 4,876 households from the above affected districts have been provided for by several local NGOs. The data of affected populations in terms of shelter, food and health needs is still lacking which has created a gap for needs assessment. Currently 7 INGOs are conducting needs assessment in 10 districts namely Chitral, Shangla, Upper and lower Dir, Kohistan, Buner, Malakand and Torgarh in KPK and Bajaur Agency in FATA.

Given that time is of the essence here and we cannot wait for needs assessment reports to be published while real people are homeless, hungry and cold with winter around the corner, Real Medicine Foundation Pakistan decided to carry out its own needs assessment. A team of two RMF staff members visited three affected districts, namely Shangla, Dir and Swat over a period of 5 days from 29th October to 2nd November 2015.

RMF NEEDS ASSESSMENT REPORT
A two member RMF team visited the Districts Swat, Shangla and Dir of Province KPK from 29th October to 2nd November. The team decided to select District Swat because local feedback was that remote pockets of villages that already have very poor road accessibility are badly affected and hence are not being accessed by the Government and Army response teams. With our experience with the 2005 earthquake, we have seen that whole villages can be destroyed and they remain unidentified having fallen through the cracks of the relief services by the active players in the field at that time. The other two districts have good road access and hence relief operations are already underway. Following this lead, the RMF team zoned into District Swat.

On the ground, our team found that despite a lot of relief efforts by the authorities, there are areas that are still blocked and to date remain inaccessible. We decided to base ourselves at the periphery of one of such areas and went out into the surrounding areas to identify the poorest of the poor who have been dealt with the worst hand. A total of 100 households were identified and registered with RMF. Their demographics and needs, both short-term and long-term, have been collected using survey forms.

Hence we have identified 30 households in Mohalla Bhakharawan in Union Council Kabal, Tehsil Matta and 70 households from Mohalla Akhonbaba, Union Council Shagai, Tehsil Saidu Shariff.  The average household size is composed of 7-11 family members with an average income of USD 100 per month. The occupations of these people range from daily labourers, carpenters, farmhands and sweepers.  While all of their houses have been destroyed, some people lost their livestock which was being kept indoors to protect them from the cold.

These households are located in the poorest sections of the community and most lived in weak makeshift structures, often built by their own hands that collapsed into heaps at the first tremors. Their hand-to-mouth existence (average income is 100 USD per month for an average of 7-9 member families) means that their entire existence has collapsed with the rubble. Their needs are in the short term, relief services and in the long term, rehabilitation of their homes.

The target population is 100 households (1,106 men, women and children), all residents of the above two Mohallas (villages).

RMF Pakistan is based in Islamabad and has been in operation for the past 10 years. Registered as a Welfare Trust with the Government of Pakistan under the Welfare Trust Act 1882, RMF Pakistan has two wings of operation, a service delivery wing and a research wing.  The first wing of Service Delivery that has provided healthcare services to over 200,000 victims of disasters, e.g. 2005 earthquake, 2010 floods and 2011-15 IDP crisis via six operations of static/mobile health clinics and free outreach medical camps in KPK, Kashmir and Sindh.

Currently RMF Pakistan has a field office in District Nowshera in KPK which will be used as our base camp as the storage and staging area where we can import and distribute supplies efficiently and effectively to the target areas of need.

The proposed RMF intervention is composed of two phases
Phase 1: This is the short-term provision of relief services. The time period for this phase will be 3 months and activities of Phase 1 include the following steps:

Phase 2: This is the long-term rehabilitation of the destroyed homes. At this point, 100 destroyed homes are registered with RMF.  Phase 2 will be carried out when the snow thaws at the end of winter. 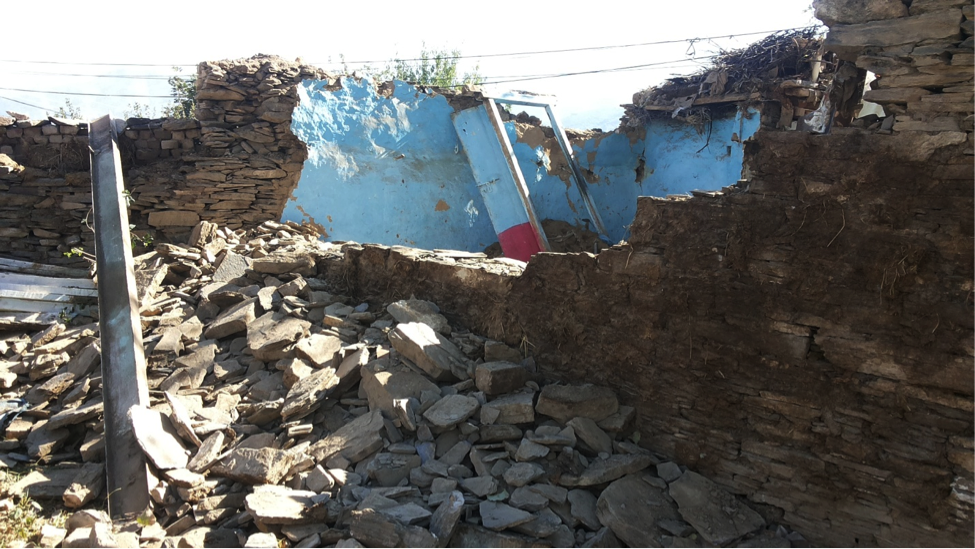 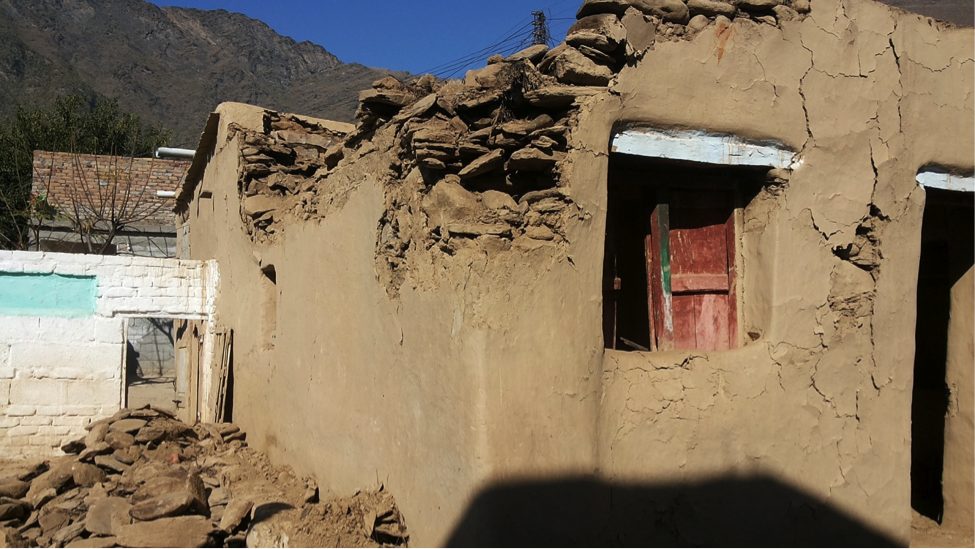 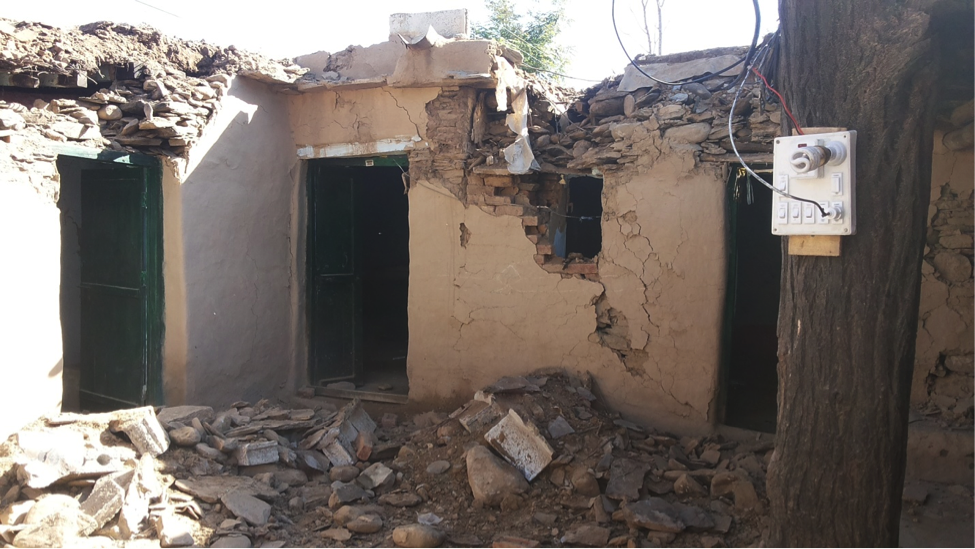 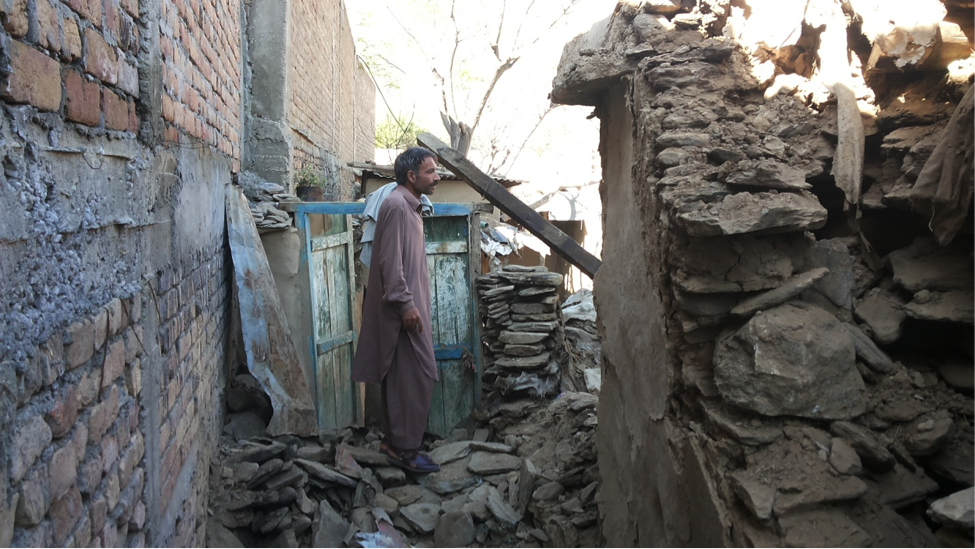