First 10 days of Food Initiative for IDPs in Bannu, Pakistan 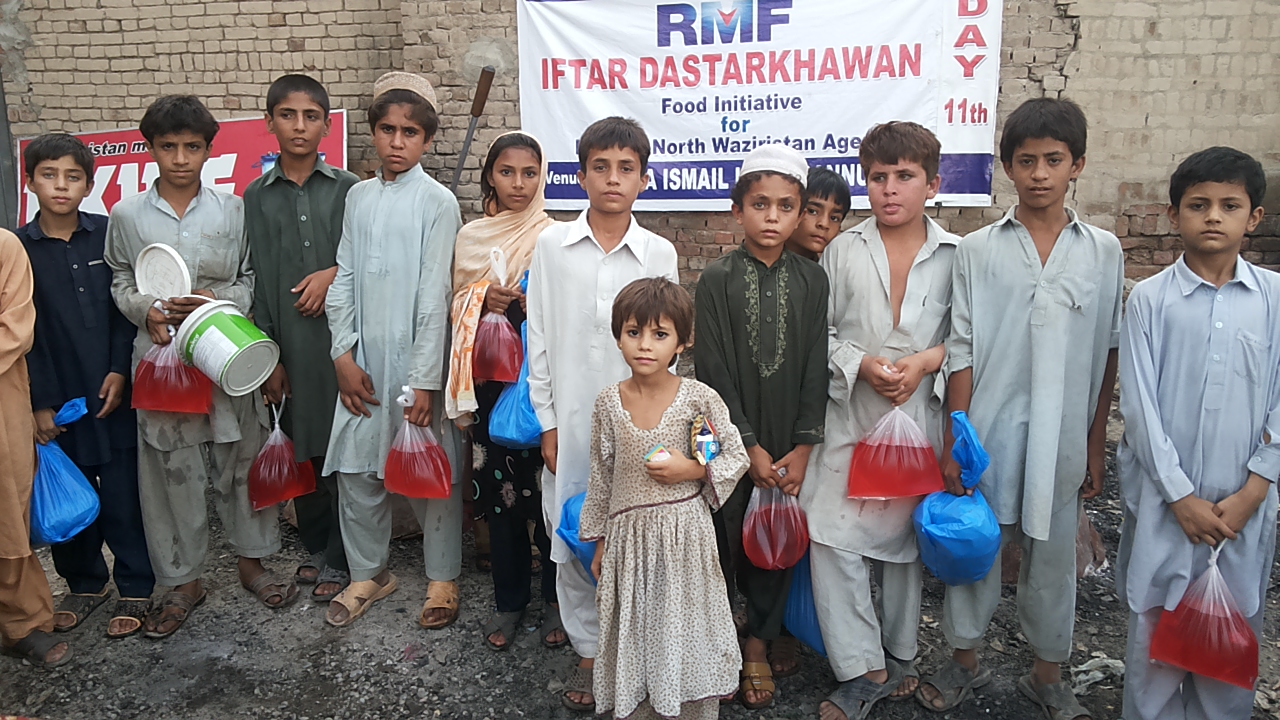 Waziristan, a mountainous region of northeast Pakistan is one of the thirteen semi-autonomous Federally Administered Tribal Areas (FATA) governed by Pakistan's Federal Government through a special set of laws. It is divided into North and South Waziristan. Geographically, Waziristan’s southern border lies with District Bannu, Tank, Lakki Marwat and Dera Ismail Khan in KPK while its northern border is the porous line of boundary with Afghanistan. For the past decade or so, Waziristan has been in the global focus for Taliban militant activities and targeted drone attacks. South Waziristan was rid of Taliban by a military operation in 2009 leading to North Waziristan becoming the cloistered seat of the Taliban. See more here: http://newsweekpakistan.com/north-waziristan-before-and-after-the-taliban/

After months of unsuccessful peace talks, the Pakistan Army launched an offensive in North Waziristan titled Zarb-e-Azb on June 15th 2014 that has led to the displacement of 92,702 families (over 800,000 persons) in just one month. According to the FATA Disaster Management Authority (FDMA), nearly 74% of these IDPs are women and children and the majority of these families are residing in Bannu district with some moving to Dera Ismail Khan and Tank and Kohat Districts.

According to OCHA, most the IDPs are living with friends and families, many having opened their ‘hujra’ doors to these families. This also means that the cost of renting homes has shot up further adding to the woes of the IDPs. The government established a refugee camp in Bannu that has attracted only 28 families due to its inadequate facilities and security. Our own needs assessment as well the 1st July PHC (Pakistan Health Cluster) meeting identified food crisis as the most critical issue since the displacement took place with the advent of Ramadhan and its inherent price hikes. Although the Pakistan Army, armed with food rations supplied by the UAE government have begun to distribute food on ground, the FDMA has requested humanitarian organizations for assistance in support in provision of food packages, non-emergency health kits and non-food items.

Phase 1:  Our needs assessment team determined that although food rations were welcome, many IDPs had no cooking utensils and heating/cooking arrangements as most had to flee for their lives without their possessions. In the month of Ramadan, their immediate need was cooked food for the two times of eating, i.e. Sehri and Iftari. With generous zakat donations by Muslim brethren in Pakistan and the UK, RMF launched the “RMF Iftar Dastarkhawan” on the 10th of July 2014. A local philanthropist, Mr Ismail Khan generously opened his residence (called Hujra in local language) as the premises of this food initiative.