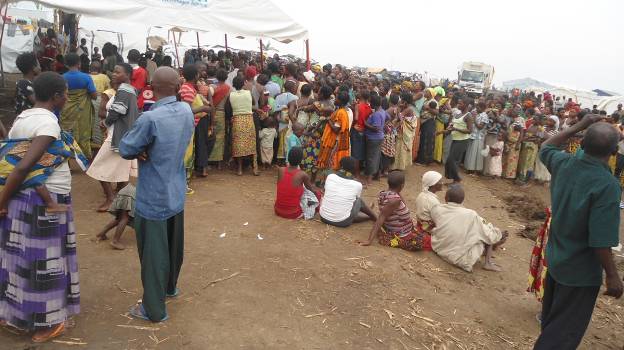 Congolese Refugee Camp (near Kiryandongo/Panyadoli), many of these refugees are expected to be

transferred to Kiryandongo and utilize the Panyadoli Health Center.

The Congolese Refugee Crisis in Uganda

The recent fighting has driven an influx of more than 65,000 refugees from DRC into Uganda and the situation is abysmal. There is no water, sanitation, healthcare, shelter, or roads to support these people and all repatriation processes have been halted. The establishment of additional shelters, water sources, communal kitchens, start-up vaccination for under-five-year-olds and support to existing health centers have been ranked as urgent priorities. The refugees are currently camping at the Bundibugyo and Kyangwali Refugee Settlement areas at Bubandi sub-county headquarter land.   We have been asked by the medical officer at the camp to start supplying urgent medicine needed that isn’t currently being provided by other NGOs. In addition a large number of these refugees are likely to be relocated to the Kiryandongo Refugee Settlement, and specifically need the support we provide in the Panyadoli Health Center.

RMF anticipates a surge in the need for medicine and supplies for TB, Malaria and HIV/AIDS.

Our field staff has assessed the main camp at Bundibugyo for health crisis issues and determined the following update (as of August 18th, 2013):

Doctors Without Borders (MSF), which was the lead medical partner at the Bundibugyo, will be pulling out by the middle of September to concentrate on Kyangwali because of funding shortage leaving the main clinic with a large gap in medical supplies.

These Congolese are as a whole, generally not immunized, either because they were living at the extreme end of Congo where Government health facilities are not located, or the majority of people are too poor to afford the private sector clinics. They also have little to no knowledge of TB, Malaria or HIV/AIDS. Most refugees interviewed still treat themselves with traditional herb treatments.  Currently every child below 5 years is being immunized at the camp. The current camp is erected near the Bubukwang Health Centre III and this is where any donated drugs go and treatment is carried out.  Since the health centre buildings are few compared to the number of patients, tents have been erected to act as wards and medicine stores as you can see below:

Photos of Congolese Refugee Camp from August and RMF field staff consulting with other NGOs and Medical Officers: 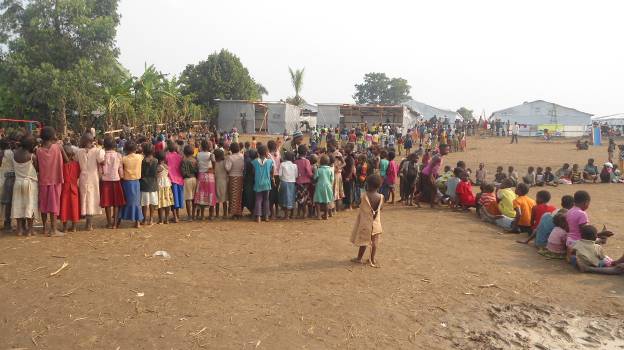 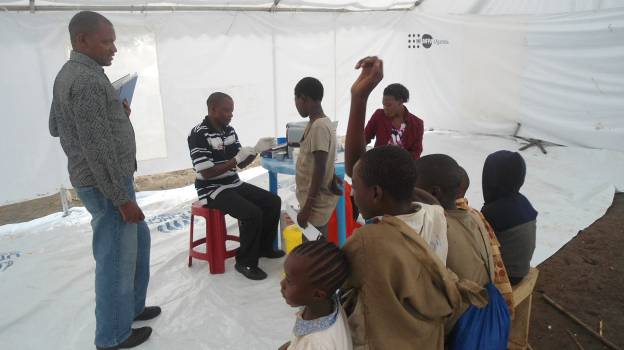 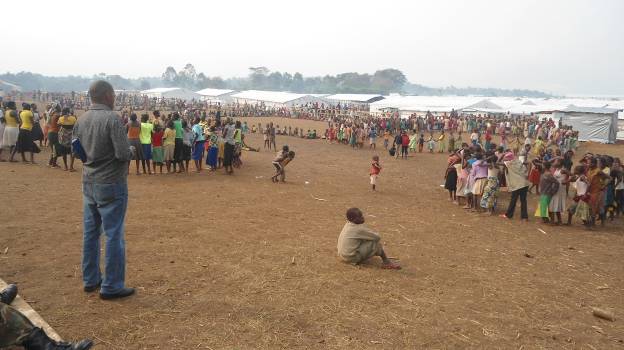 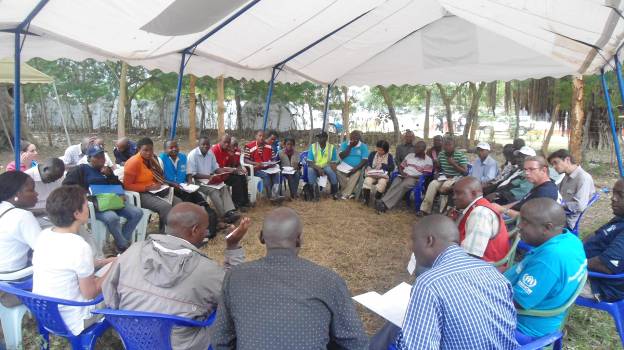 Brenda Lakareber is 17 years old and from Bweyale. She was diagnosed with malaria and admitted to Panyadoli Health Center. She was treated with both IV and oral medication and after three days was recovered enough to be discharged home.

Brenda explained to the clinic staff that she is trying to save money to go to university so she travels long distances between several markets each day in order to sell second-hand clothing. Because she works every day, she has little time to come for screening and medical exams so her malaria was quite severe by the time she came for treatment. She is grateful for the care she received at Panyadoli, “I thank the supporters and donors of this health center that has made life in our community safe in terms of health.” 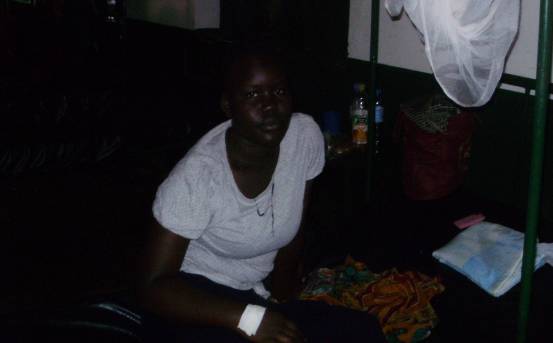 Brenda after completing her treatment

Faridah Lamunu is 22 years old and was displaced by a landslide in Bududa district. She is now living in Panyadoli Hill, a home for IDPs and was brought to Panyadoli Health Center with a snake bite that required a 4-day IV and oral treatment. 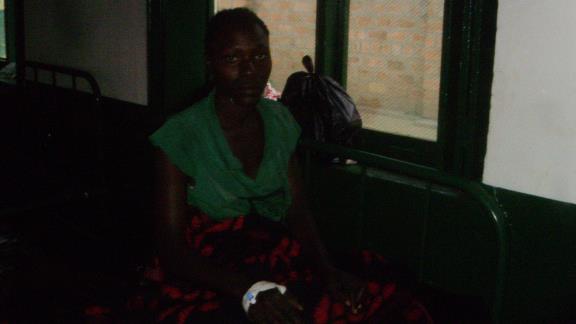 Despite a nearby government-run health center closer to where she lives, Faridah was brought to Panyadoli Health Center because of the consistent availability of the necessary medication.

She told clinic staff, “I love this health center simply because of the health workers, lab equipment, and available treatments.”

Mukimba Alaisha is 24 years old and another victim of the landslide in Bududa. She was diagnosed with pharyngitis, allergic conjunctivitis and severe malaria. After four days in Panyadoli Health Center, she was discharged in excellent condition.

Mukimba told staff at Panyadoli, “I am the only survivor in our family after the landslide occurred in Bududa. I had just gone to school the day before and heard that my parents and the young ones at home were all buried by a mudslide from the nearby mountain. I am now staying with relatives in Panyadoli since I was displaced. However, I had to stop going to school since there is no secondary schools for me here. I am happy because I was treated well at the health center here and soon I will go to my new home in Panyadoli, thanks to those who helped me with these medical issues.”

Alimocan Filbert is a 19 year old refugee that was diagnosed with severe malaria and admitted to the female ward for three days. 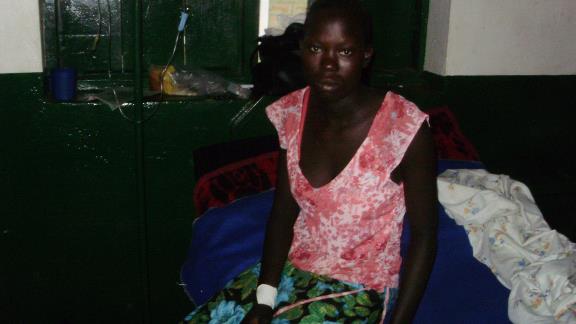 Wasonga Michael is 18 years old and was also treated for severe malaria as well as enteritis. After four days in the male ward on both IV and oral medication, he was well enough to go home. 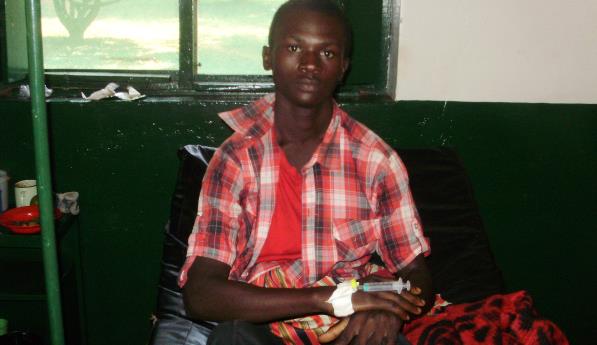 Awoki Emmanuel is 43 years old and an IDP from northern Uganda who is now living in Karungui.  He was diagnosed with bronchitis and otitis media and admitted for six days of IV antibiotic treatment. 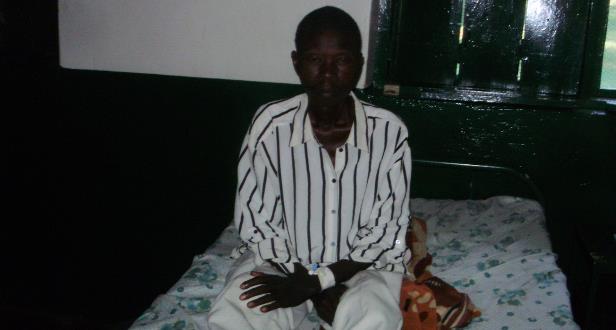