On the Road – Our Clinic in Depth 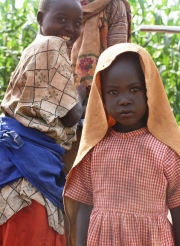 After the rousing and heart warming welcome to Kiryandongo, the next two days were spent immersed in our projects and meeting everyone who spoke at the community meetings one on one – partly to make personal connections with those who manage our projects, and partly to gauge the effectiveness of our funding and prioritize the rest of our year.

The majority of our year’s funding was already committed to the operating costs of our primary clinic (staffing, medicine, and other supplies) and the school fees for the students we support, with a small amount left over for the many other needs of the community. This is, of course, the hardest part of working in the non-profit sector: no matter how much funding you gather, there will always be something or someone you have to turn down.

Even so RMF’s impact is enormous here, though we are much smaller than people here think—the phrase “punching above our weight” definitely comes to mind. Looking through the eyes of the community, our projects touch almost every area of life in this settlement, from providing health care, to fixing boreholes, to supporting their children and schools. They imagine we are an organization with hundreds of people running our operation back in the US.

Though we may not be as large as some might imagine, successfully “punching above our weight” has helped foster continued support in these tight economic times. The impact of the world’s economic recession is felt triply in developing countries, as even the loss of $25,000 in funding can mean the end of a project. As I have been seeing and hearing again and again this past week, many foreign funded development projects don’t wind down slowly, they pull out all at once and with little warning, with devastating impacts on the community.

While NGO’s across Africa have been forced to shut down due to the sudden loss of donor support, The World Children’s Fund will continue to fund our operations here through March 2011, providing a powerful and priceless sense of stability from which the people of Kiryandongo can move forward with confidence. 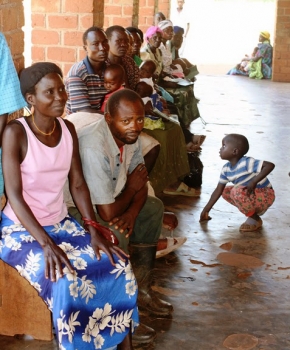 Our centrally located clinic, about three miles into the settlement, is a bustling hive of activity, and despite the illness and pain of the waiting patients, it is a peaceful, clean and orderly place, where the patients know that they will eventually be seen and the medicine they need will be in place.

This clinic used to be known as the “half dose” clinic a couple of years ago, as the medicine supply was never adequate to the demand, though doctors did the best they could with the meager supply. Keeping up the medicine supply is an enormous challenge, especially with the ongoing treatment of illnesses like malaria.

With the money invested in upgrading the clinic however, we have made great improvements over the course of this past year, including: repainting the clinic, repairing of the community bore hole for water supply, providing new mattresses, mosquito nets/screens, continuing maintenance of grounds, keeping medical supplies stocked up, and providing two additional restocks of medicine. The constant flow of people using the clinic’s newly repaired bore hole in particular, filling their bright yellow water cans one after the other, made one wonder how on earth they managed without it before it was repaired. 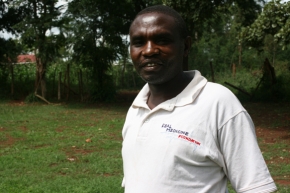 In a meeting with Dr. Simon, the head doctor running the clinic, a list of concerns and areas where they could use some help for the year was presented and discussed.

The first thing mentioned was that, while his medical staff was grateful for the opportunity to work in such a valuable and well stocked clinic, they were also working unbelievably long stressful days, much more than any normal clinic. This wasn’t hard to believe with the long line of patients waiting outside as we spoke. He mentioned that it might be nice to give them a little bonus to keep their morale and spirits high, even something simple like some sugar at the end of the each month or some supplementary training. 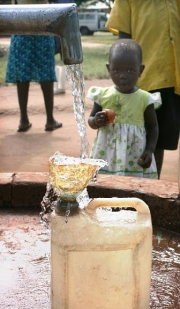 Funny to think about all the divisive arguments/debates we all heard about health care reform in the US over the past months, and then look at a group of unbelievably hard working doctors and nurses just asking for more training or a small gift of some sugar. Sounds obvious, but one’s perspective is forever altered in a place like this.

Dr. Simon also mentioned that they were in desperate need of a resupply of emergency treatment formula for severely malnourished babies called Nan-1, and supplemental food supplies for their HIV positive patients. Our current budgeted funds weren’t allowing him to buy these once he has bought all the basic drugs and supplies needed every couple of months.

Other projects suggested included creating a proper cooking area for the patients’ families as they often lived too far from the clinic to go home for each meal, upgrading his staff’s accommodation to also include a kitchen area, and repairing the fence surrounding the perimeter. 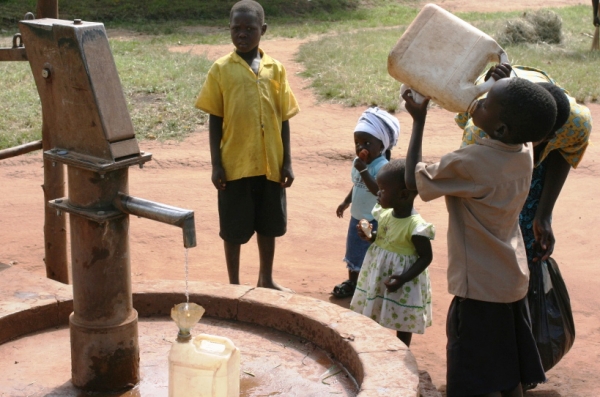 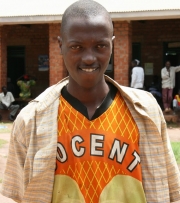 After reviewing all of this with Dr. Simon, he found a couple of patients recently treated successfully that were still on the clinic grounds. The first was a very shy 4 year old Kenyan girl named Kamayoni, whose mother had brought her to the clinic three days earlier, unconscious and with severe malaria complications, fever and hallucinations. Dressed in a frilly white dress, and initially frightened, she bravely stood with her mother and allowed the story of her successful treatment with IV treatment of Chloroquine to be caught on camera (video to come). Here she was three days later, looking healthy and energetic again, and ready to go back home to her family.

The next patient met was a friendly and towering Kenyan teenager named Victor, proudly wearing a 50 Cent (the rapper) t-shirt and a huge smile, who was getting ready to walk home. He had been feeling ill for a couple of weeks and had arrived at the clinic a week earlier with a severely infected wound on his leg and a swollen groin as a result of infection. After 5 days of treatment with penicillin and a careful cleaning and monitoring of his wound, he was healthy again, smiling happily and ready to return home to get ready for school’s second term. 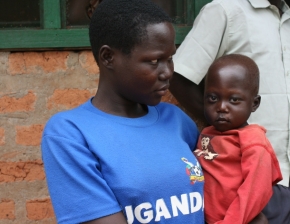 From there we met some of the mothers with malnourished babies at the Malnourishment ward—these were the same ones that needed the Nan-1 formula. They were making do with a mixture of milk and rice but it was not nearly as effective as the expensive formula. Advanced cases are pretty rare in this camp, but Dr. Simon said he might see one a month that needs emergency treatment.

At end of the day’s tour Dr. Simon was immediately given permission to order more medicine, and was assured that we would do everything we could to find a way to address some of the issues he had so thoughtfully laid out.

If you’d like to donate to this or any of Real Medicine’s causes, here are some Clinic funding ideas: 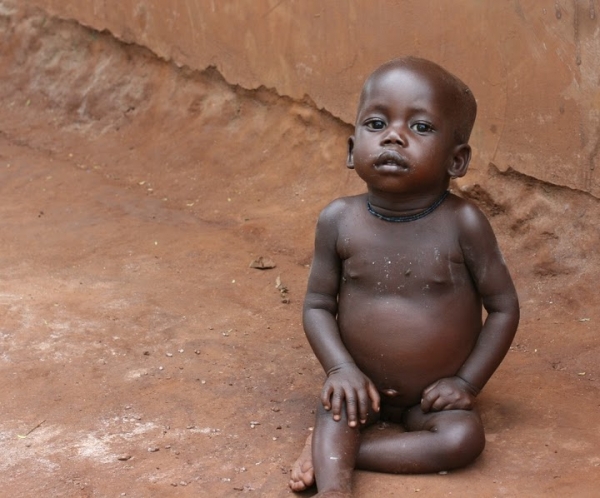