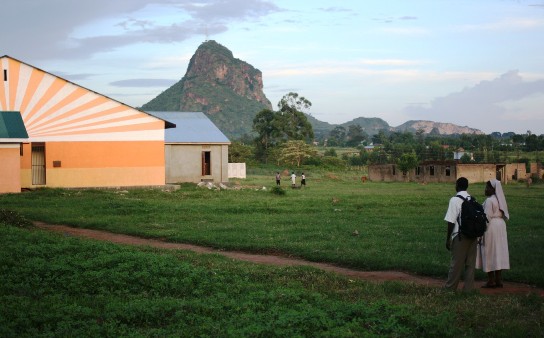 Project Goals:
• Alleviate post-traumatic stress for the students at Mama Kevina Comprehensive Secondary School, local youth in the surrounding slums, as well as the general population of Tororo, and Malaba at the Uganda/Kenya border, and Lira Nursing School in northern Uganda, and rounding villages to the college.
• Decrease cases of malaria among school staff and students.

Mama Kevina Comprehensive was sponsored with food supplies, and RMF/WCF helped clearing its accumulative debts. This brought many smiles to the students’ faces and lessened Sr. Clare’s worries.

John Ochwo and his brother Dominic were assisted in acquiring passports and visa to India. John Ochwo had successful surgery, came back to Uganda well; he is being facilitated with medication and funds for nutritious food, given to him monthly.

The RMF trained Acupuncture and Yoga team continued to serve those in the community.

Faith Karakacha continued to serve those along the Uganda/Kenya border and at Lira Nursing School.

John Ochwo, our rheumatic heart disease patient, was sponsored by Mending Kids International (MKI) to go to India with his brother Dominic Basege for a successful operation. John receives medications and attends his monthly examination at National Referral Hospital Mulago, Kampala, both services of which are provided by RMF/WCF. RMF/WCF still sponsors John Ochwo with food support as he came back from India and was told to have proper nutrition which John’s family could not afford.

During the last reporting period:

• 119 residents in the Mama Kevina neighborhood and in Tororo were treated by Charles with the NADA protocol of which 57 were male and 62 were female.
• 200 Mama Kevina students continued practicing yoga.
• 77 NADA treatments were provided by Faith; 33 male and 44 female patients,
• 757 Body Point treatments were provided by Faith to patients at the Malaba Uganda/Kenya border, the community of Tororo, and Lira Nursing School in northern Uganda; 388 female and 369 male patients.
• 79 persons received beading treatment at Mama Kevina from Sr. Clare.

• School Funding Crisis: A major change of administration and ownership of Mama Kevina Comprehensive Secondary School has caused the main source of funding for operating costs and expansion of the school to end. The school was owned by Sr. Margaret Awor who had been receiving donations from Germany and other well wishers to fund its operations. She asked to go for a one year sabbatical retreat to Nairobi, Kenya and the school ownership was transferred to the hands of the Little Sisters of Saint Francis. This caused the previous donors to withdraw from supporting the school. The donors’ withdrawal affected the school greatly because the Little Sisters have very little funds to run the school.

• Teaching Staff costs: Many children have left the school due to the funding crisis, the number of students has dropped from 300 to 200. Many teachers have left the school, and the few teachers still there are on half to no salary paid by Sister Clare. The school cannot sustain payment of teachers, and feeding of the children for much longer. The bakery which was running to support the school also stopped working in October 2009. Funding a full teaching staff for the school would cost approximately $3,000 a month.
• Medicine costs for School Nurse: The school cannot manage the cost of treating sick students. When students fall ill, and it is beyond affordable treatment by the school nurse, then the student is sent back to the parents. This has angered the few parents who are paying, who feel it should be the school’s responsibility to treat students. In this regard, the school is appealing to RMF to support them with some medicine as they already have a school nurse to treat children. The school is also appealing for mosquito nets to prevent students from contracting malaria, and will reduce on the cost spent on treatment. The cost of medicine per term is approximately US $900. (See Appendix B for Funding Proposal)
• The administration of Mama Kevina is very stressed because of the amount of funding that is needed for the school to stay open. Uncompleted classrooms and latrines at the school have slowed the rapid growth of the school. I always ask the staff too at Mama Kevina to attend my acupuncture treatment, and some teachers who have attended it appreciate the service because it lessens their stress.

Owere James, 31 years old, reported having bad dreams and general pain in all joints, especially on days he has taken alcohol. When he started treatment, he made up his mind to stop consuming alcohol to see the response to his treatment. From the time he started treatment to now he does not feel like drinking alcohol anymore. He has never again experienced the bad dreams neither the pain. He decided never to drink again. 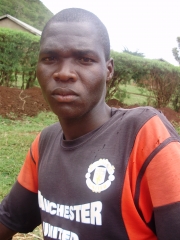 Odongkara Paul, 41 years old, was feeling pain, stress, general weakness, tightness through his neck and shoulders, pain in his arms and backache which he thought might be coming from malaria. The day after treatment started he reported feeling lighter and much less stress and pain. His right arm was no longer painful. He could not believe how much better he felt.

Apio Scovia, 24 years old, was feeling feverish, especially in the morning and again in the evening. She already improved in the first week of treatment. Treatment was continued for one month and she feels healthy and cured. 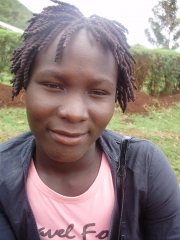 Jalia Nalubanga is 11 years old. She suffers with bedwetting; she was treated for 3 weeks and the problem has never returned. Thanks are to RMF/WCF that cured this girl with her shame of bedwetting.