Our Acupuncture Treatment program at the Mama Kevina School and surrounding areas in Tororo continues successfully although the school is now struggling to stay open due to the loss of its operational financial support from its primary donor. During the first week of May, RMF Director of International Relations, Jonathan White, visited the Mama Kevina campus and met with the principal of the school, Sister Clare. Sister Clare presented the school’s urgent financial situation and has since presented several different appeals for funding that are included later in this report. 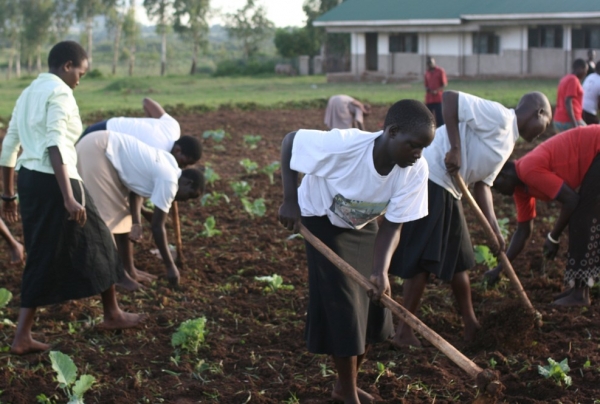 NADA (National Acupuncture Detoxification Association) and body point acupuncture treatments continue to be provided by RMF staff for Post Traumatic Stress Disorder (PTSD) and common health conditions for the people of the town of Tororo, as well as Malaba at the Uganda/Kenyan border, and Lira Nursing School in northern Uganda. Charles Naku, RMF’s Project Coordinator remained active, treating students and taxi drivers as well as community members living in the Tororo slums.  Students continued to practice yoga at the school.  Faith Karakacha continued to serve those along the border and at Lira Nursing School.

John Ochwo, our rheumatic heart disease patient, has recently found out that through the partnership with Mending Kids International, he will receive heart surgery in India.

During this reporting period: 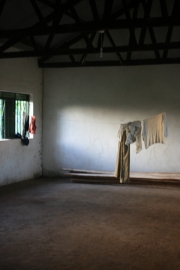 School Funding Crisis: A major change of administration and ownership of Mama Kevina Comprehensive Secondary School has caused the main source of funding for operating costs and expansion of school to end.  The school was owned by Sr. Margaret Awor who had been receiving donations from Germany and well wishers to fund its operations. She left for one year sabbatical retreat to Nairobi, Kenya and the school ownership was transferred to the hands of the Little Sisters of Saint Francis. This caused the previous donors to withdraw from supporting the school. Donors’ withdrawal affected the school greatly because the Little Sisters have very little funds to run the school.

Teaching Staff costs: Many children have left the school due to the funding crisis, the number of students has dropped from 300 to 200. Many teachers have left the school, and the few teachers that are left are on half to no salary paid by Sister Clare. The school cannot sustain payment of teachers, and feeding of the children for much longer. The bakery which was running to support the school also stopped working in October 2009. Funding a full teaching staff for the school would cost approximately $3,000 a month.

Medicine costs for School Nurse: The school cannot manage the cost of treating sick students.  When students fall ill, and it is beyond affordable treatment by the school nurse, then the student is sent back to the parents. This has angered the few parents who are paying, who feel this should be the school responsibility to treat students. In this regard, the school is appealing to RMF to support them with medicines as they already have a school nurse to treat the children. The school is also appealing for mosquito nets to prevent students from contracting malaria which will reduce the cost spent on treatment. Cost of medicine per term is approximately US$900.

Here are some of our success stories for NADA:

Awor Patricia at Mama Kevina is an orphan and is being educated for free.  She lacks concentration due to lack of scholastic materials like pens, pencils, and books which her guardians cannot provide. This stresses her when a teacher sends her out of class and she does not have anything to write on. I have counseled her and encouraged her to do casual jobs when she goes for her holidays. On top of this I have been treating her with acupuncture. For this second term, she has reported with scholastic materials which she got from her casual labor following my advice, and she appreciates acupuncture treatment because it relaxes her each time she receives the treatment.

Aditi Sandra at Mama Kevina is an orphan from Lira who is studying for free, but her guardians have the obligation to raise funds for her transport to go home for the holidays. This holiday, her guardians did not send her transport; the sisters did not have the budget to feed the children during the holidays. Sandra lived in tears and distress. I could not talk to her the way I found her in her tears, so I first asked her to accept acupuncture treatment. After treatment, I asked her to relax and talk to her later in the day. When I talked to her later she was a little bit relaxed though her problem had not been solved. She needed to borrow the money to take her back to her guardians and refund later as she comes for second term. I gave her the transport; she prepared herself and went. She said if she had not received the treatment, she would have not listened to me, she would continue with her cry and grumbling.

Biso, a bodaboda driver, has entered into a marriage relationship.  His in-laws came to collect the dowry but he did not have even a single cow. The in-laws left with their daughter.  This greatly frustrated him and he ended turning to the local brew commonly known as “MALWA” in Uganda. I was directed to where he always drinks. Before I could search for him, he was told that Charles was aware of his frustration. After a few days, Biso reported to RMF’s office and shared with me his frustrations. I treated him, and I encouraged him to keep visiting me in the office, and as I treat him, I also talk to him. He has agreed to stop drinking and be committed to acupuncture treatment to be able to think soberly and handle his situation. Either to look for bride wealth to pay for his wife or get another woman who will not demand bride wealth.

The Success of Body Point Acupuncture:

Mze Zevirio traveled all the way from Nebbi. Nebbi is in West Nile, which borders Congo DRC, and he came to meet with Faith. Last year Zevirio had a problem with dizziness and sleeping all the time. It was suspected that this disorder was sleeping sickness. There was no response to medical treatment. After he was treated with acupuncture, the dizziness and over-sleepiness ceased, and he was able to return to Nebbi. When he visited Faith, again he was treated with both NADA and Body point for two days and left for Nebbi; he lives to praise Faith and RMF for making a difference in his life.

PROJECT 2: Beds for Boys and Girls

100 triple bunk beds are needed for the boys’ and girls’ dormitories to be able to attract more paying students to the school. At the moment, the school has very few beds and the majority of the children sleep on the floor which makes it very hard to recruit new paying boarding students. These 100 triple bunk beds will cover 300 students. The cost of these beds is 250,000 Shillings (US$109) each, or 100 beds for 2,500,000 or US$1,090.

Drugs are needed for the School Nurse to be able to treat students. Currently students are sent back home to parents if they are unable to be treated at the school. Drugs needed are i.e., anti-malarials and pain killers. The cost of these drugs per term would be approximately 2,000,000 Shillings (US$877). The Nurse is also making an appeal for simple testing kits like thermometers, malaria testing kits, and a microscope.

Approximately 300 mosquito nets are needed for the student dormitories. This will help greatly in the prevention of malaria amongst students and lower the cost of purchasing malaria treatment drugs. 300 treated nets would cost approximately 4,500,000 Shillings (US$2,000).

The boys’ dormitory is lacking a door, ceiling, electric wiring, and painting. 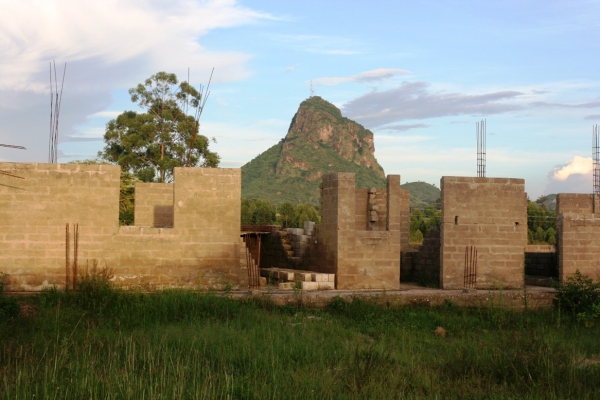