Students, bodabodas (taxi drivers), youths, and children of Mama Kevina and the surrounding slums have had continued treatment of beading, and needling for PTSD because of the high efficacy of these simple treatments.

Even some of the locally trained staff has made changes to make their services more accessible. Patrick Ojuman has been practicing yoga with the students of Mama Kevina for some time and now sleeps at the school to wake up early to teach the children yoga.

RMF has also been assisting John Ochwo, a rheumatic heart disease patient with severe mitral regurgitation. Through RMF’s efforts he was placed in the top 20 on the waiting list for surgery. RMF was recently informed that MKI would find a host family for John in Los Angeles.

During the last reporting period:

John, an alcoholic boda boda driver, fought with his wife, and destroyed his own property. His wife was away for a week, when she returned she found a piece of condom in his trousers. When John’s wife blamed him, he broke his two radios and beat his wife terribly. The other boda boda drivers reported this to Charles and asked how John could be helped. Following two weeks of NADA treatment John’s behavior changed; he is calm and drinks only on Sunday to accompany his friends. John says that he does not allow himself to get drunk; he is extra conscious while drinking on Sundays. He feels like withdrawing from alcohol completely. 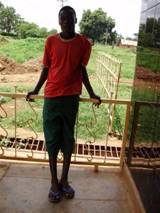 David is a 25 year-old boda boda driver. His major problem is acting too quickly and forgetfulness. If he is sent to buy several things he will always forget at least one thing. With NADA treatment within in one week he had reported good results. He is composed and his memory has improved. 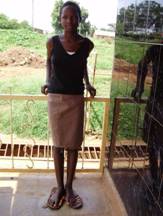 Albaker, a 15-year-old house girl, was absent-minded, falling when climbing stairs, sliding and breaking utensils in the house. She almost lost her job. With counseling and NADA treatment, she is improving and her boss has recognized a change in her performance.