Awarding us a grant for our relief work in Sri Lanka and entering into a tsunami-relief partnership with RMF, Direct Relief International procured a Matachana High Pressure Steam Sterilizer, Model 1006 E-1 (valued at $70,000.00), from Premium International (Pvt) Ltd, Sri Lanka. This equipment was procured directly and delivered to the Operating Theater at the Tangalle Hospital. 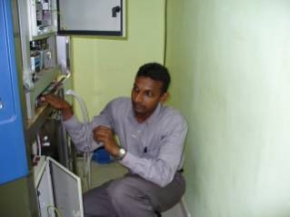 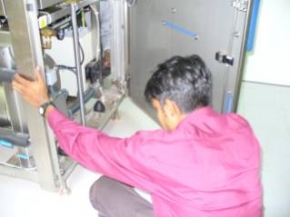 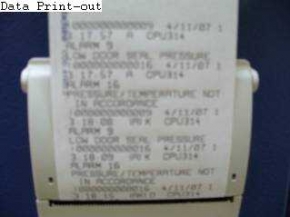 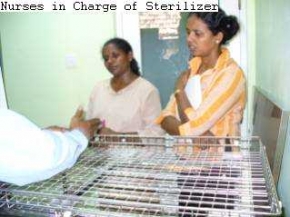 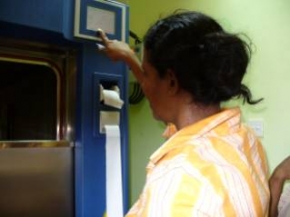 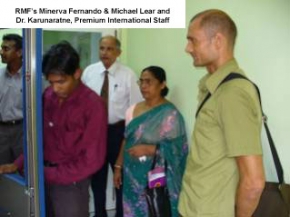 Since April 2007, this sterilizer has been used in the Operating Theater at the Tangalle District Hospital to ensure that quality health services are available for the long-term. We are immensely grateful to Direct Relief International for making this possible. The autoclave, the essential equipment and heart of the hospital, allows the whole hospital to function on an unprecedented level, seeing record numbers of patients, and saving innumerable lives. The impact this donation has now already and will have for the future is immeasurable.

Tangalle is a medium-sized town in the district of Hambantota, in the south of Sri Lanka, one of the areas worst affected by the December 2004 tsunami. Over one-third of the 533,000-strong population lives below the poverty line. The district records one of the country's highest suicide rates, mainly due to endemic poverty. The average monthly income is less than $30 for more than 75% of the families.

Tangalle Hospital – due to lack of funds – was a facility in extremely poor condition and severely under-equipped, even before the tsunami. The dilapidated buildings and structures suffered a further blow with the arrival of the tsunami, which destroyed what was remaining. As this hospital, starting in January 2005 and due to a private initiative, was completely renovated and upgraded, a fully equipped Operating Theater and a 3-bed-ICU were donated by NGOs. But the heart of the whole hospital, a high-pressure sterilizer, was not available at that time. Without it, performance of any surgeries was impossible, and patients needing such surgeries had to be transferred to hospitals about 50km away. Patients needing emergency care had to be transferred as well, and many of them succumbed to their injuries during this transfer.

With the autoclave completing the upgrade of the brand-new operating theater in April 2007, the medical staff is now able to attend to all emergencies as well as perform surgeries, routine and emergency, under sterile conditions – thereby saving the patients and preventing infections of the surgical wounds as well as cross infections. This also helps to reduce the unnecessary usage of antibiotics and thus to avoid drug resistance. The patients don't get their surgical wounds infected, and thus their hospital stay is minimized. All wound dressings and the instruments used are now autoclaved.

Dr. K.H.R. Karunaratne, FRCS, the former Head Surgeon of the Base Hospital at Diyatalawa, was assigned as the Head Surgeon of the Tangalle Base Hospital in June 2006. Under his guidance, the new Operating Theater was completed and opened in October 2006. The autoclave was fully installed by the beginning of April 2007. A demonstration of its functions for the surgical and nursing staff took place at Tangalle Hospital on April 18th by Premium personnel. 17 test runs were completed, every run was recorded. The demonstration was supervised by Dr. Karunaratne and his second in staff, Dr. Chamal Sanjeewa, who is also the Medical Consultant of RMF's clinic in Yayawatta, Seenimodara.

For the month of April 2007, OPD attendance was 8,626. Admissions to the wards were 1,733. 20 major surgeries were performed, 98 minor surgeries; 44 major OB/Gyn surgeries (including all LSCS); 43 OB/Gyn minor surgeries; 178 deliveries. 400 to 600 patients are treated daily by various medical consultants, i.e. Internal Medicine, Surgery, Pediatrics, Neonatal, Gynecology, Dental; the numbers increase daily. The number of in-patients varies from 100 to 150 per day on different wards. 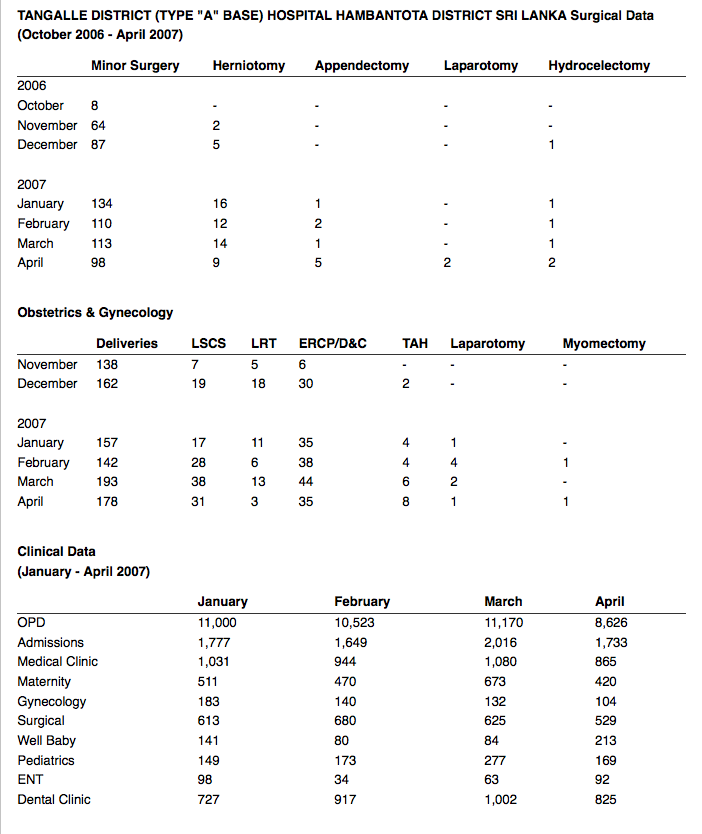 Tangalle Base Hospital not only serves the city of Tangalle, but also drains patients from the adjoining villages such as Walasmulla, Beliatta, Runna, and Weeracatiya. There are six MOH divisions around Tangalle. 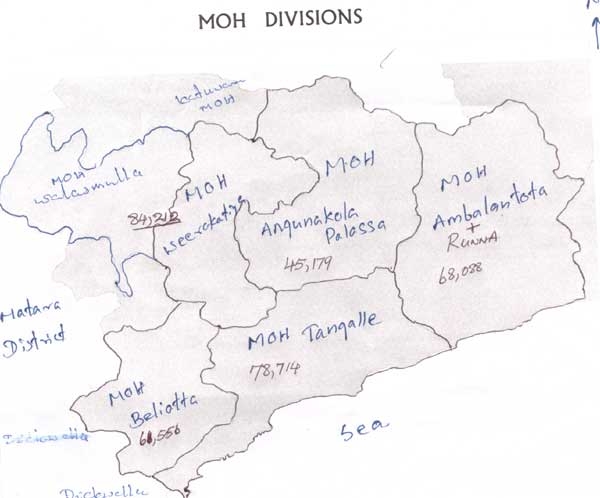 The population of those divisions is as follows: Tangalle (78,714), Ambalantota & Runna (68,088), Angunakola Palassa (45,179), Beliatta (61,556), Weerakatiya & Walasmulla (84,212), and Katuwana (66,269). Patients from the rural hospitals in Walasmulla, Beliatta and Ambalantota are now referred to the Base Hospital Tangalle for better and advanced care. Referrals to other base hospitals in Matara and Hambantota have significantly decreased.

We expect to see a further substantial increase in patients, admissions and surgical procedures. Plans to train new nurses, especially ICU and ER nurses are underway. A residents' program is also being discussed.