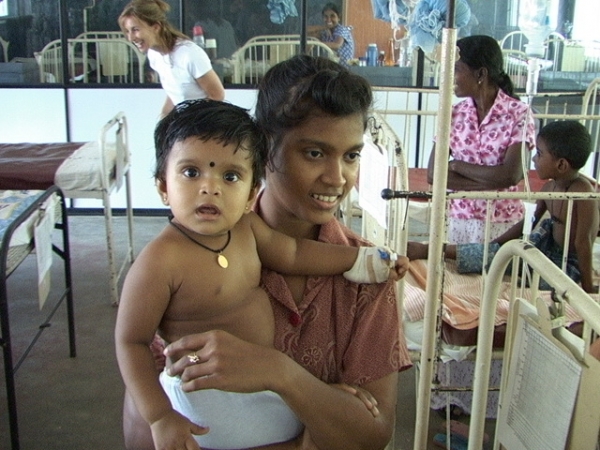 Dr. Karunaratne: "My main aim is to consolidate what we already have. With what we have at present, we can serve almost 90-95% of the population needs. The sustainability is what is necessary. This is mainly human resources and commitment." 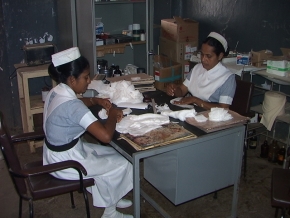 "Our Minister of Health visited the hospital last month to discuss the hospital’s main shortcomings. He promised to provide additional nurses and doctors in the upcoming months. In addition to the 10 nurses we could add 3 months ago, 20 new nurses have arrived. We also have 6 additional doctors. They work in the OPD and on the wards. We have a permanent Physician (for 4 years) and a visiting Physician (for 6 months) now. The number of consultants remains the same as before."

For the month of May 2007, OPD attendance was 10,979 – more than 350 patients/day. The number of admissions to the wards for May was 2,248. Most of the admissions were referrals from the rural hospitals. In June, OPD attendance was 11,482, the number of admissions 1,623. For the months of May and June, about 570 patients have been treated at Tangalle Hospital per day. A Medical Superintendent has replaced the DMO (District Medical Officer). He will be at the hospital for the next 4 years. Since April, there has been a significant increase in staff: The number of Nursing Officers is now 83 (compared to 53 in March), 3 of them Senior Nursing Officers. 54 Medical Officers are now working at the hospital, and 6 Medical Consultants – 2 of them Visiting Physicians, 1 Pediatrician, 1 Consultant Surgeon, 1 Gynecologist and 1 Consultant Psychiatrist. There are 3 Anesthesiologists working in shifts making it possible to conduct emergency surgeries around the clock. 3 Medical Officers are currently doing an internship.

The number of referrals to Tangalle Hospital has significantly increased, creating a surge in OPD attendance and 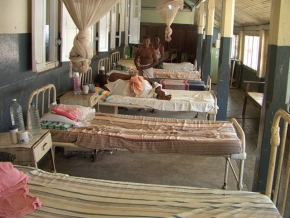 admissions. Most of these cases are referred by the surrounding medical facilities and the general practitioners in the area. The cases are seen by the OPD doctors and directed to specialized care at the hospital as needed. The adjacent villages have very limited medical facilities. These facilities are usually manned by one doctor, MBBS and one or two nurses, expected to treat minor ailments only. The outward referrals from Tangalle Hospital have significantly decreased since more and more specialized care is available at the hospital itself. There were only 4 outward referrals for the month of May, 5 for June. These outbound cases were referred for specialized treatment or for investigations. We expect to see a further substantial increase in patients, admissions and surgical procedures. An ER is implemented right now. New nurses, especially ICU and ER nurses are trained.

Success Stories: Dr. Karunaratne: "We had a case of a blunt injury to the abdomen. Conducting a laparotomy, we encountered a ruptured spleen with 2.6L of blood in the cavity. A splenectomy was performed. The patient had no complications at all at discharge. He was then managed on the ward. There was also a case of ileocecal intussusception which presented late. The patient had 35cm of gangrenous bowel which was resected and anastamosed (not with staplers). He, too, was managed on the ward and made an uneventful recovery.

A 10-year-old child was brought to us with an injury to the skull. A tile from a third floor roof had fallen on her head. She showed profuse bleeding from the wound. She was successfully resuscitated and sent to the neurosurgical unit at Karapitiya which is about 75km from Tangalle. She made a recovery but was left with a weakness of the right leg and paralysis of the right arm. At present she is undergoing physiotherapy.

On June 27, 2007, the life of a 36-year-old severely hemorrhaging mother of 3 young boys was saved by an emergency TAH (total abdominal hysterectomy). Without the operating theatre and autoclave at Tangalle Hospital, she would have died.

All of the above mentioned patients went home without any infections. This is solely due to the sterile equipment and the sterile dressings that were made available to us thanks to the autoclave provided by DRI. The number of surgeries carried out in the months of May and June 2007 will speak for itself."