Supporting a Healthy Community in Yayawatta

Sri Lanka marks the birthplace of Real Medicine Foundation, the place where the first promise was made and the concept of “Friends Helping Friends Helping Friends” was born. Almost seven years after the tsunami of December 2004, rural villages in Southern Sri Lanka still face challenges of coping with psychological trauma, poverty, and infectious disease outbreaks. 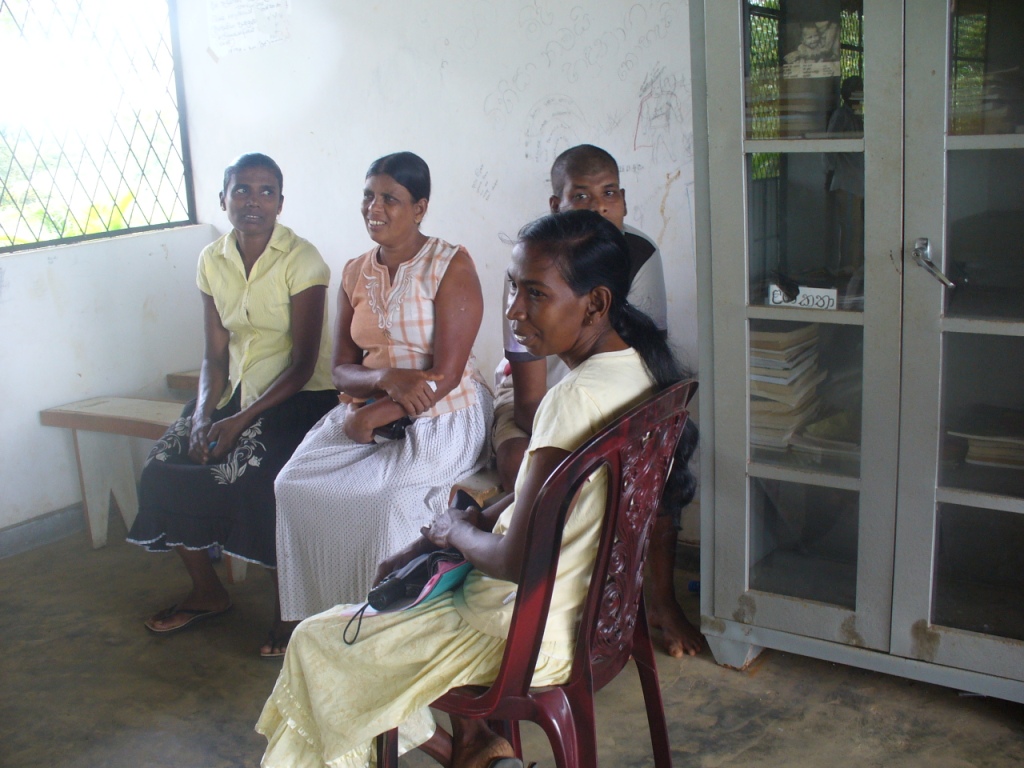 After completing Real Medicine’s immediate tsunami relief efforts at the Mawella Camp Clinic, a second clinic was opened in Yayawatta in October 2006. Now in its fifth year, this clinic remains fully active and continues to grow. Initially established to serve one community of 400 that had been displaced through the tsunami, the Real Medicine Clinic now provides free health care access to over 4,000 people in five impoverished villages in the Hambantota District of Southern Sri Lanka.

Summary of RMF-sponsored activities carried out during the reporting period under project objective:

The clinic was opened 10 days per month to provide free healthcare services to the community of Yayawattaat Seenimodara in Tangalle, Sri Lanka, and its surrounding villages and communities of Palapotha, Kadurupokuna & Seenimodara.

The clinic was opened for 10 days each month and for the Third Quarter of 2012, we saw an average of 20 patients per day with a total of 623 Patients treated.

A total of 623 patients were treated at the clinic during this reporting period.

Baby Apsara is 3 years old, from Yayawatta, and was brought to the clinic by her mother Mrs. Piyaseeli because of Apsara’s difficulty walking for a period of 3 weeks. The baby did not have any previous history of difficulty walking and had been frequently falling to the ground.  After observation of her walking problems the clinic referred Apsara to the Base Hospital in Tangalle for further testing. The medical consultants in the Children’s Ward took X-Rays to investigate, where they had found an abnormality of the hip. The patient is still warded for further investigations and for the treatment and we will be following up further to follow her progress. 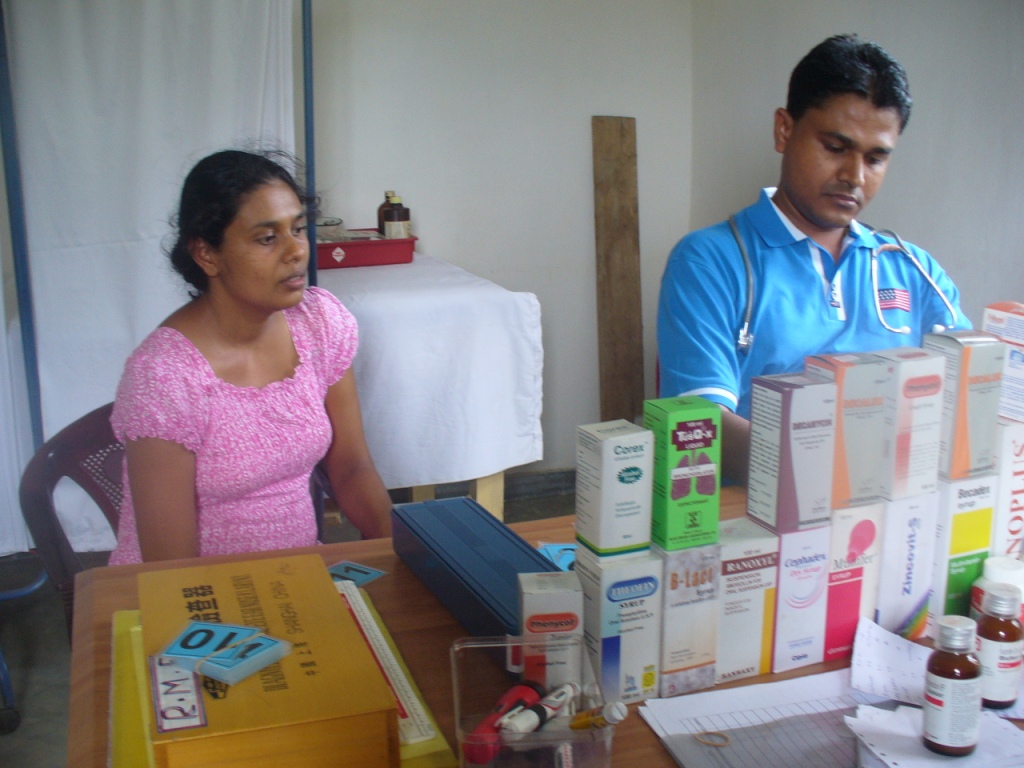 Mrs. Siriyawathi is from Palapotha and had come to the clinic with abdominal and stomach pain, diarrhea and a history of passing blood in her urine. She was directed to get an X-RAY at the hospital in Galle where it was revealed she had kidney stones and she is under further investigation for treatment.  We will continue to keep an eye on her progress.

Mrs. Yasawathie is a new patient from  Palapotha who came for treatment with Viral Gastroenteritis. 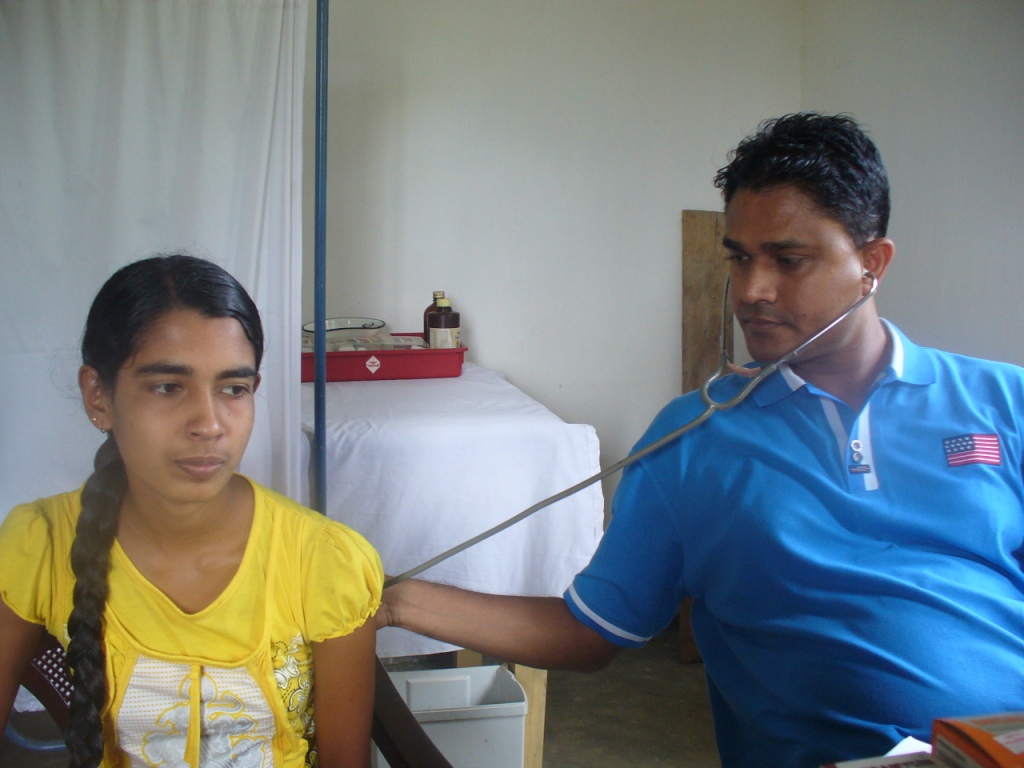 Mr. Premachandra is a new patient from Seenimodara who had come to take the treatment for skin condition. 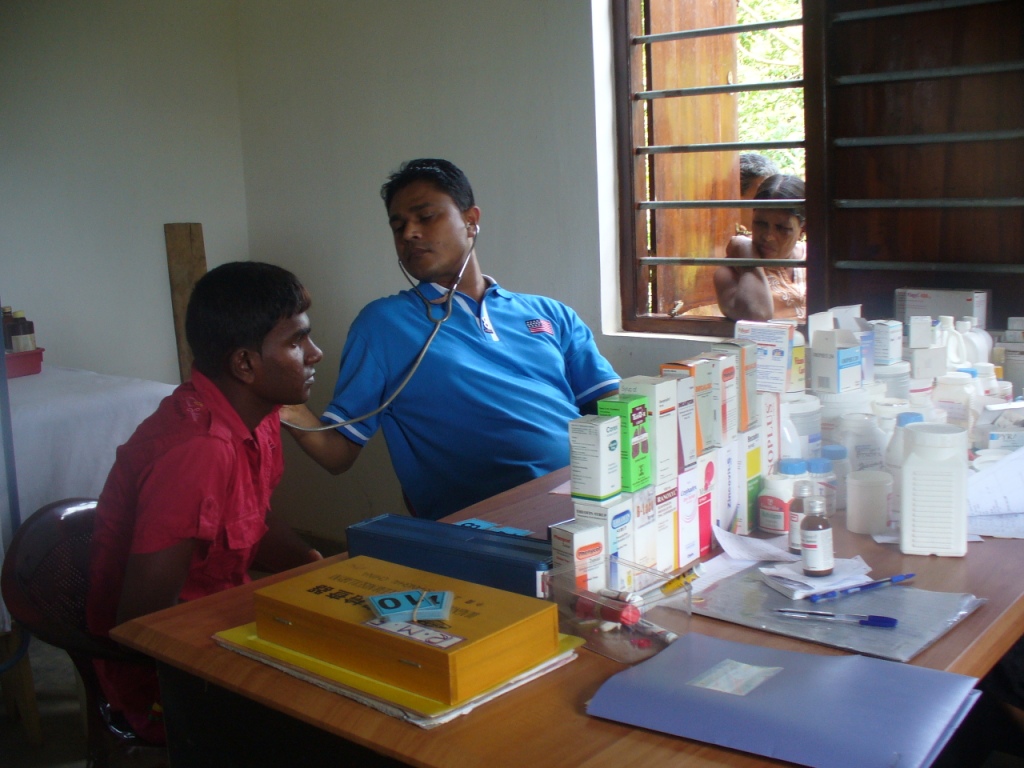 Mrs. Dimuthu Shiromani is the assistant to the Medical Consultant of R.M.F., Dr. Chamal Sanjeewa. She is 30 years and had complained to Dr. Chamal of a painful lump on her right index finger. It had lasted for more than 2 weeks and Dr. Chamal referred her to the Tangalle Base Hospital where a surgeon had taken the X-Ray and shown nothing inside. The Surgeon had suspected a foreign antibody had caused this, but it seemed to just be an infected cut and Dimuthu continued with the antibiotics which were prescribed. 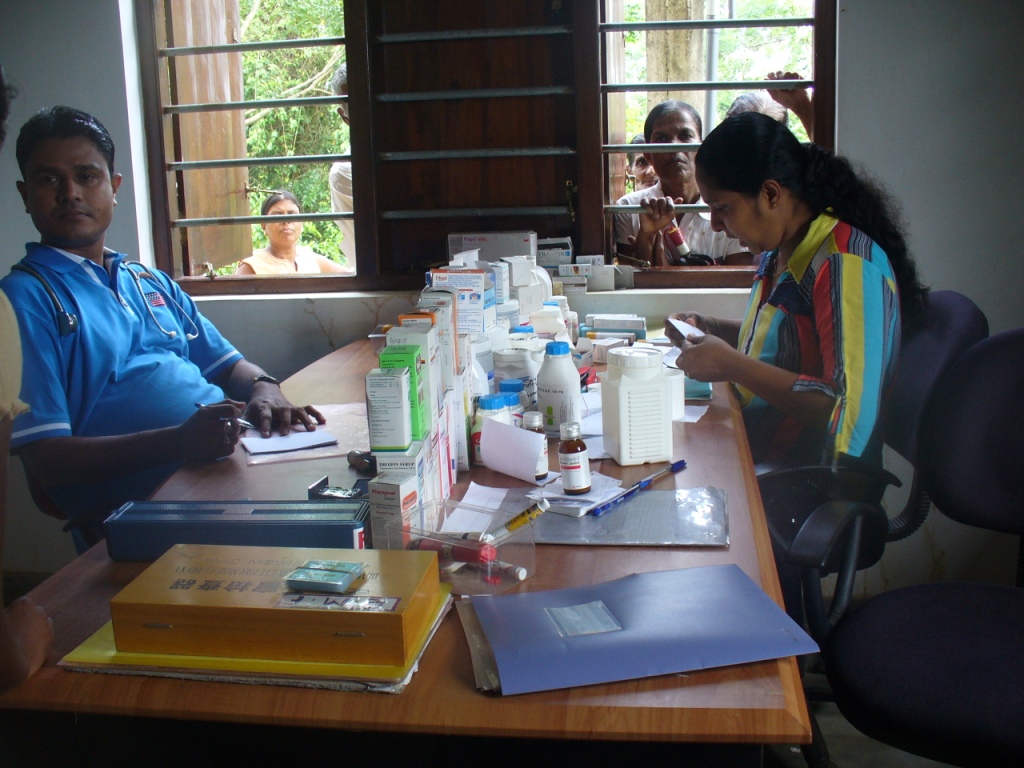 Mrs. Sumanawathie, 48 years old and from Yayawatta, had come to the clinic with fever, chest pain and burning epigastria. After examination at the clinic she was immediately referred to the Base Hospital of Tangalle with a suspected heart condition. An Electro Cardiograph was given at the hospital and it was revealed that there were some Ischemic changes with her heart.  She was admitted to the ward and started taking Heparin. She was very fortunate because she had got the correct treatment at the right time.