Creating a Healthy Community in Yayawatta

Sri Lanka marks the birthplace of Real Medicine Foundation, the place where the first promise was made and the concept of “Friends Helping Friends Helping Friends” was born. Almost seven years after the tsunami of December 2004, rural villages in Southern Sri Lanka still face challenges of coping with psychological trauma, poverty, and infectious disease outbreaks. 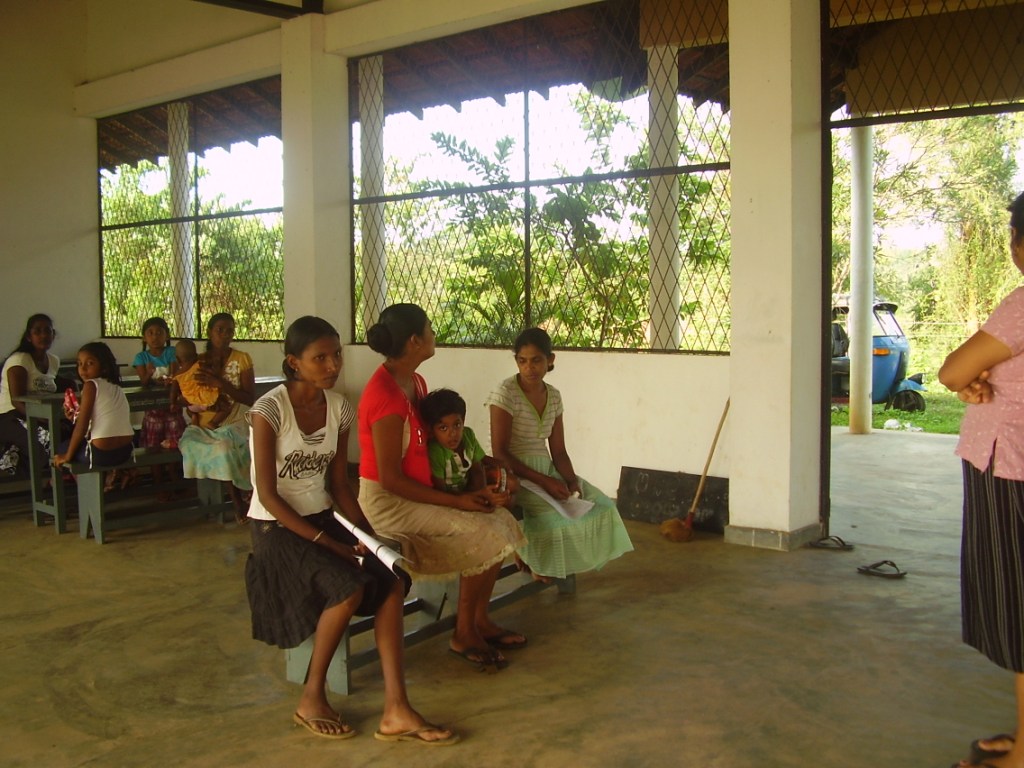 Photo: Families waiting patiently to be seen by Dr. Chamal

After completing Real Medicine’s immediate tsunami relief efforts at the Mawella Camp Clinic, a second clinic was opened in Yayawatta in October 2006. Now in its fifth year, this clinic remains fully active and continues to grow. Initially established to serve one community of 400 that had been displaced through the tsunami, the Real Medicine Clinic now provides free health care access to over 4,000 people in five impoverished villages in the Hambantota District of Southern Sri Lanka.

The RMF clinic was open for 10 days each month during the Second Quarter of 2012, and we saw an average of 20 patients per clinic day with a total of 622 patients treated.

A total of 622 patients were treated at the clinic during this reporting period. 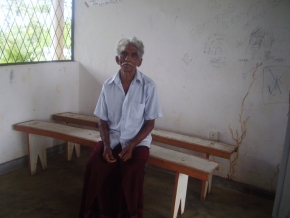 Mr. Ekanayaka is 70 years old and from Kadurupokuna Village. He is a regular patient at the Real Medicine Clinic and on his last visit had complained of severe burning epigastric pain and abdominal discomfort and was referred to the Tangalle Base Hospital Surgical Clinic.  At the hospital he underwent an esophagogastroduodenoscopywhich verified the presence of gastric ulcers. He was an inpatient of the surgical ward at the hospital for two weeks, and he is now getting much better. 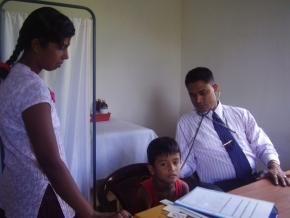 Manjula is 5 year old boy from Yayawatta and goes to Pre-School in Tangalle. He presented at the clinic with intermittent fever, cough and body swelling over the duration of one month.  On examination, facial puffiness and bilateral ankle swelling were found.  Routine blood investigations and urine checkups were done and the results showed protein in the urine. The diagnosis was Nephritic Syndrome and Manjula was referred to Karapitiya Teaching Hospital in Galle for the treatment.  We will continue to track the progress of Manjula.

Mr. Somadasa is a 46 year old fisherman and lives in Yayawatta. He came to our clinic complaining of severe backache. On examination of him we found tenderness on the side of his back chest. Mr. Somadasa had a history of heavy work so I had advised him to rest and treatment was given. A few days later he had come to the clinic again with no recovery. On further examination, I found a straight spine and referred him to the Physiotherapy Unit at the Base Hospital Tangalle. He is now much better after Infra-Red Ray Therapy treatment at the Outpatient Clinic.

Mrs. Diyamanthie is 28 years old and lives in Seenimodara. This patient complained of joint pains and when I had examined her, there was swelling of joints present. I immediately gave her the medication for arthritis.  The next clinic day Mrs. Diyamanthie returned to the clinic with the same symptoms and in much pain. An ESR (ErythrocyteSedimentation Rate) was done and it was very high. I then directly referred her to the Rheumatology Clinic at the Base Hospital in Tangalle where she has been warded & is receiving treatment.

The first surgery was for Mrs. Rajika, 35 years old, and from Yayawatta.  The surgery was for an abscess on the middle finger of her right hand. It was opened under local anesthesia and the pus which was inside the finger was drained. The patient was started on antibiotics and pain relief. The dressing of the wound was changed every other day and Mrs. Rajika is doing much better.

The second surgery was for a farmer at Palapotha named Suraj who is 39 years old. He had complained of a very painful abscess on his left foot. I made a clean cut and drained the pus, and after the cleaning of the abscess I found a small piece of a stick that was lodged inside and I removed it carefully.  His condition has much improved with surgery and antibiotic treatment.