In 2005 Real Medicine’s Dr. Martina Fuchs initiated a growth hormone program to support Madumekala, a young girl of the age of 10 suffering from Panhypopituitarism. The success of this program has not only meant dramatic changes for Madumekala, below, whose growth now is more in line with her age, but also for many other children across the country who have been identified with similar conditions and are receiving treatment. For more information on this program or to sponsor a child, please visit our Ruhuna Medical College Growth Hormone Program Summary by clicking here. 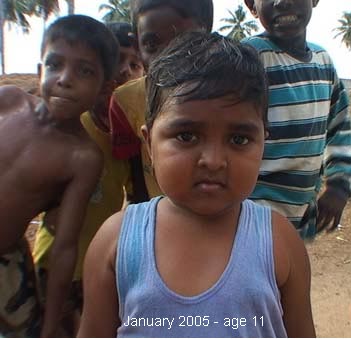 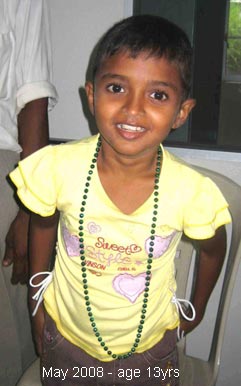 In January 2005, Madumekala Udayawanthi was an 11-year-old girl with the height of a 3-year-old (100cm = 39.37 inches) when she was first introduced to us in February 2005 at the Children’s clinic in the Mawella camp in Sri Lanka. At the age of three years, she had been hit by a bus and was in a coma for a long time. Her pituitary gland ended up being severely damaged because of this trauma. At the age of eight years, Madumekala was diagnosed with panhypopituitarism.

Panhypopituitarism is a condition of inadequate or absent production of the anterior pituitary hormones. The signs and symptoms are diverse. Manifestations of anterior hypopituitarism include hypoglycemia and poor growth. 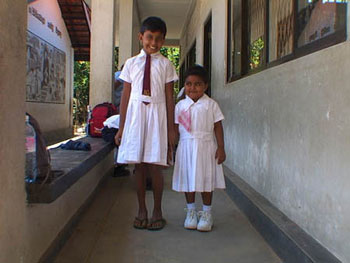 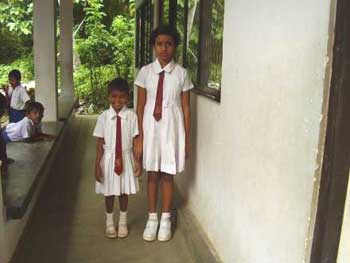