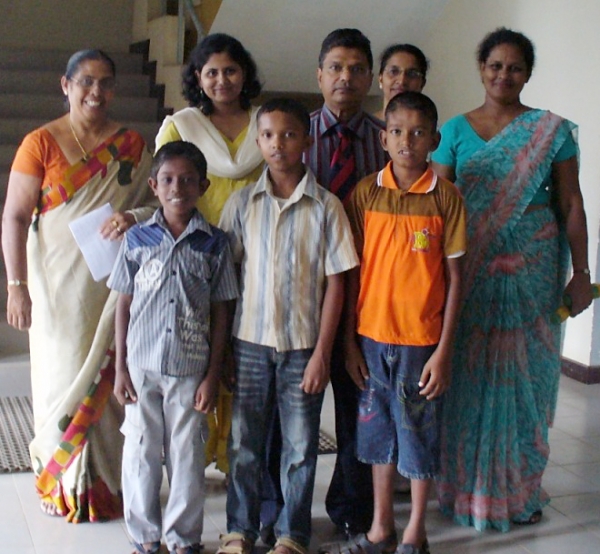 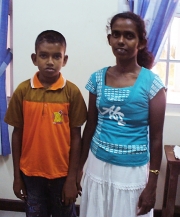 Gayan suffers from Hypopituitarism following surgery and cranial eradiation for craniopharyngioma at the age of 5 years old. He was eleven when he began his growth hormone therapy in 2007 and had the bone age of a six year old. He stood 125cm tall. He is now 14 years old and his height is 138cm and he weighs a 27.4 kg.

Despite being enthusiasm about his growth, his mother explained that he is not that interested in school. Presently he attends the 5th grade. Professor Sujeewa advised that Gayan meet the education officers to request tutor support for Gayan and to arrange for him to attend specialized classes that.

During the last treatment period, Gayan’s auto injector malfunctioned and he was unable to follow his treatment schedule. Real Medicine Foundation coordinated with A. Baur Company in Columbo to provide him with a replacement injector. Below is Mrs. Shanuki of A. Baurs handing over his new device. At approximately $150 each, the device costs the equivalent to almost three times the average monthly salary. 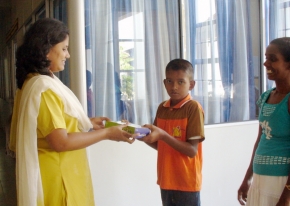