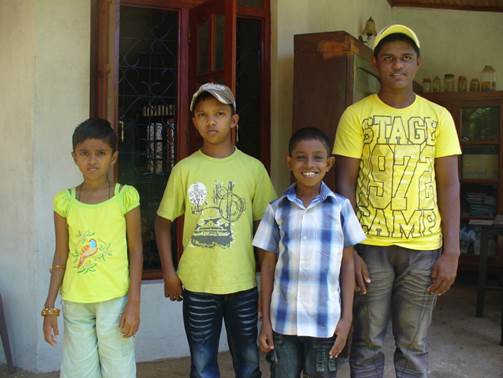 Photo: Fazeer, second from left, and the other kids. 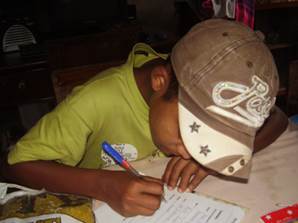 Fazeer is now age 14 years and is in the eight grade at the International School in Dickwella. He began receiving Growth Hormone Therapy funded by RMF at the age of 11 in the 2007 for a partial deficiency in growth hormone. At the time, he started he was 106cm and had a bone age of 3.5 years.

He has since grown to 133.7 cm tall and now weighs 29. 5 kilos. Both he and his mother are pleased with his progress, as he has grown as tall as the other boys his age.