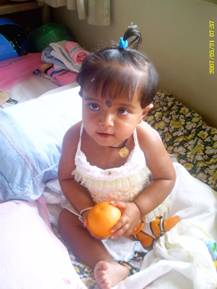 On April 7, 2007, Anjali Mendis has undergone a successful Total Correction of Tetralogy of Fallot at Sri Jayawardenepura General Hospital in Nugegoda, Sri Lanka. Performing cardiothoracic surgeon was Dr. Aruna Kapuruge. Postoperatively, Anjali went into low output failure of the heart, requiring high inotropic support. She later also had to undergo peritoneal dialysis due to capillary leak syndrome and renal impairment. She had a lengthy stay at the ICU, but completely recovered from her surgery and was discharged on June 6, 2007.