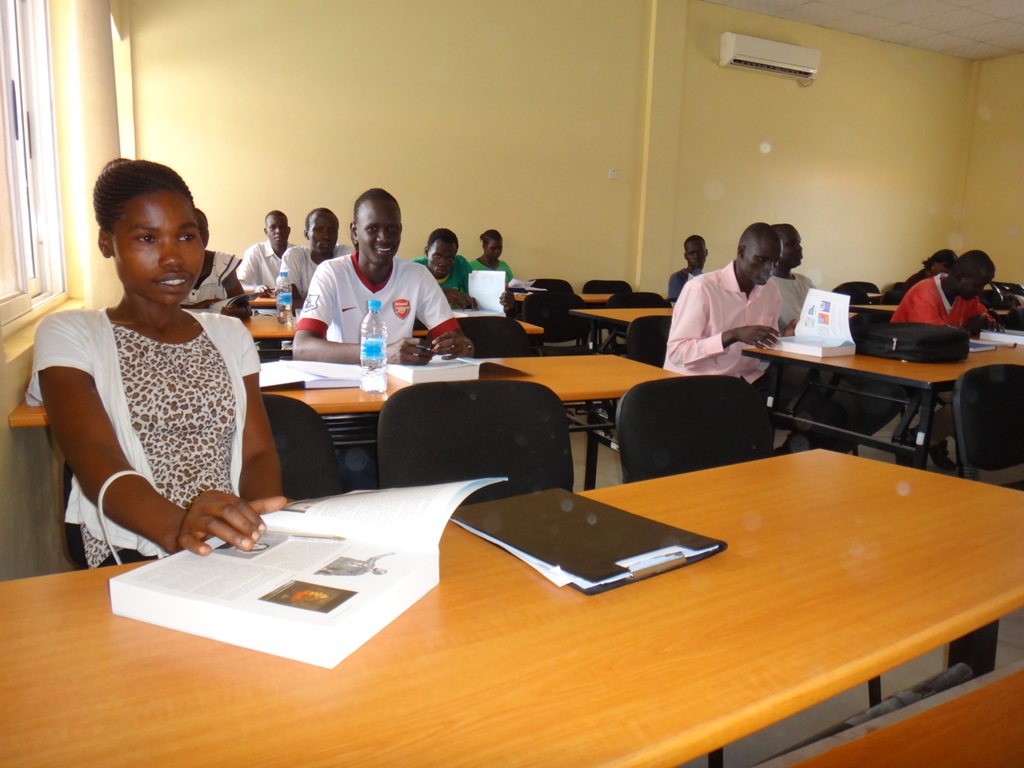 Provide a sustainable solution to South Sudan’s Maternal and Infant Mortality Rate, the former, which is the highest in the world at 2,054/100,000 as per the 2006 South Sudan Household Survey.  Approximately 200,000 women die each year giving birth. 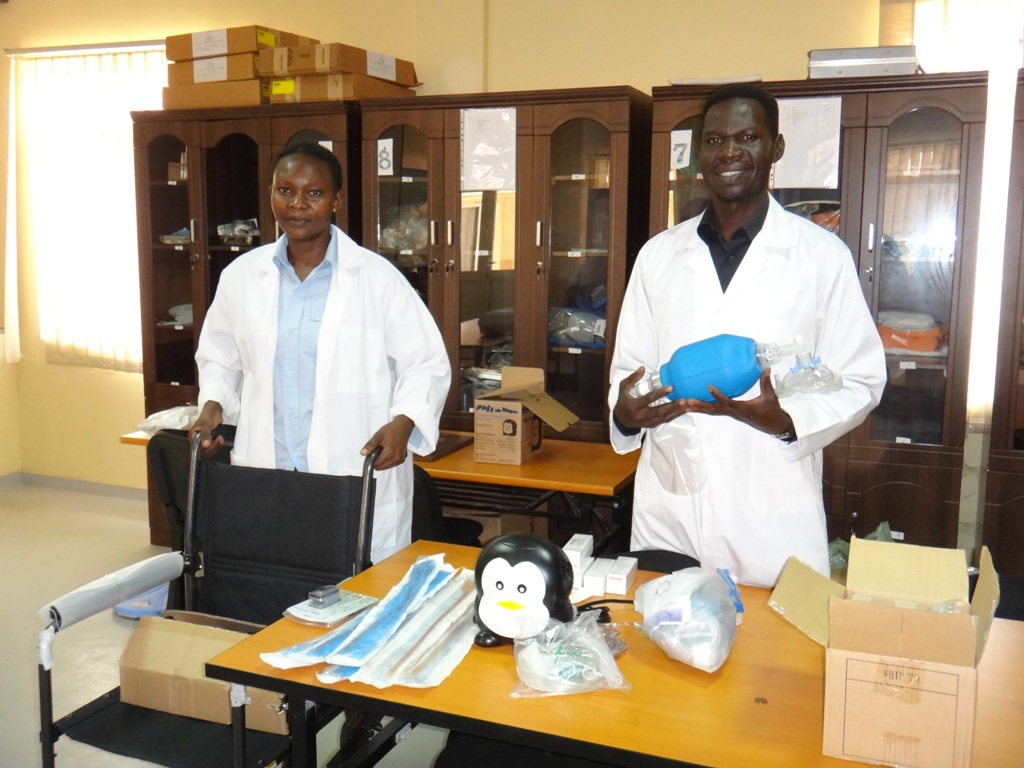 Summary of RMF/WCF-sponsored activities carried out during the reporting period undereach project objective (note any changes from original plans):

Sponsorship of second and third year nursing and midwifery students at the Juba College of Nursing and Midwifery through provision of uniforms, skills laboratory equipment, books, stationery and Information Technology (IT) equipment.

Coordination of RMF activities with other organizations and UN agencies supporting the Juba College of Nursing and Midwifery by participating in meetings and conferences. 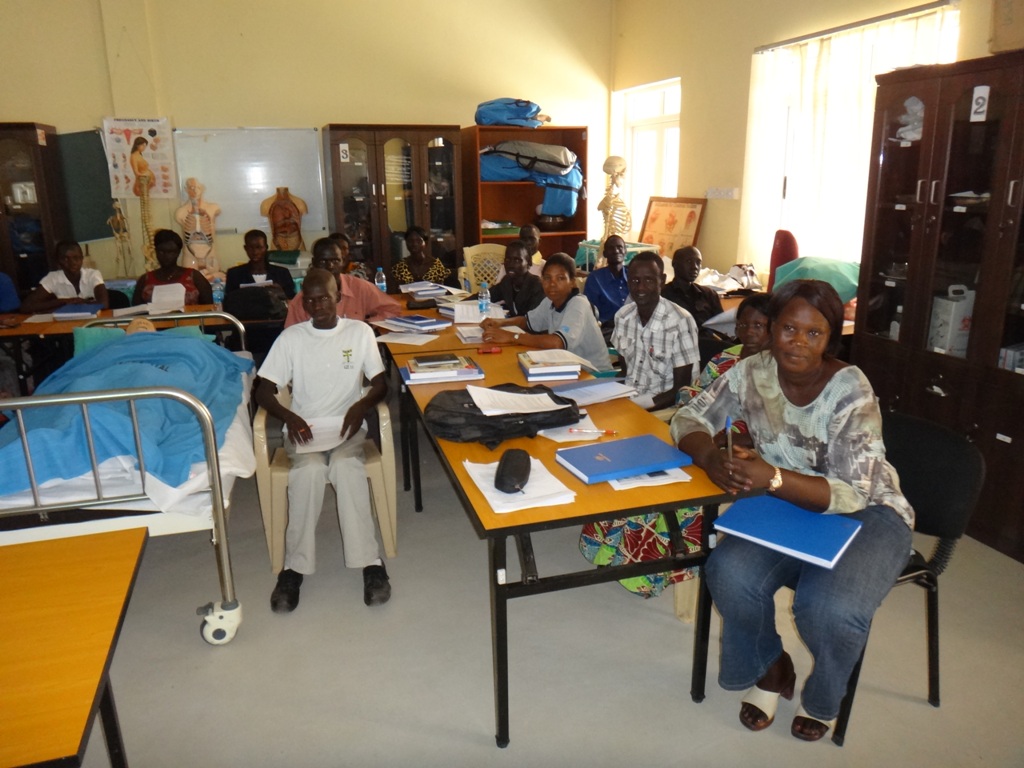 The Juba College of Nursing and Midwifery has achieved many notable milestones in 2012 through the committed leadership of the Ministry of Health-Directorate of Training and Professional Development, Real Medicine Foundation, other NGO partners, and the teaching staff and college management:

This last year saw the 2012 incoming class increase to sixty one (30 nursing students and 31 midwifery students) versus the 30 admitted in 2011. Due to the limited number of institutes training nurses and midwives in South Sudan and in light of JCONAM’s progressive establishment, growth and capacities, the Ministry of Health increased the college’s annual intake to increase the number of students graduating after the three year course.  As far as the few students that left the program: three of the second year students were dropped from their course due to poor academic performance, one first year student was deferred for one year as she was pregnant, one first year student was discontinued due to poor performance, and sadly there was an unexpected loss of one first year student as she succumbed to an illness. On a positive note, three new students were admitted from Upper Nile University and one community midwife took a study leave from the Juba Teaching Hospital to study diploma at the college. During 2012 the second year students advanced successfully to the third year and the first year students will advance to their second year in January of 2013. At the end of the fourth quarter, the total student population stands at ninety with the following breakdown: seventeen midwifery students and thirteen nursing students in their third year, thirty midwifery students and thirty nursing students in their second year, and sixty new students are expected to join in January 2013.

A “Master Rotation Plan” was developed that guides the implementation of curricula through both theoretical and clinical lessons until 2016. Both second and third year students were rotated within the Juba Teaching Hospital’s; medical, surgical, gynecology and pediatrics units. The students were able to practice their clinical skills under the supervision of their tutors, clinical instructors and hospital staff. JCONAM expects to recruit two recently graduated national tutors in 2013 trained in Arusha-Tanzania.

The consortium of partners supporting JCONAM made several contributions to the project throughout the year based on their comparative advantage; RMF supported the transportation of students to and from their homes during the holidays, procurement of stationery, skills laboratory equipment, books, repair and maintenance of college structures. During the second quarter, RMF funded the installation of wireless Internet services at JCONAM to increase access to information and resources to the teachers and students. In March JICA finalized the construction of two new classrooms and renovation of two additional classrooms at the college compound. JCONAM now has the capacity to effectively educate second and third years. Throughout the year, In June UNDP finalized construction of the 62-bed capacity students’ hostel for both male and female students. Additionally they procured beds, mattresses, reading tables and chairs. Through a four-year funding commitment by CIDA, UNFPA procured lockable shelves, skills laboratory equipment, books and stationery. UNFPA also funded the review and approval of the midwifery diploma curriculum and contracted a local security company to provide 24-hour security for the students, tutors and valuable items donated by the different partners. UNICEF which is new entrant to the project donated a seven-seater van to the college and has committed to initiate a short-term, comprehensive and integrated training program for the students, tutors and hospital staff on ‘Effective Interpersonal Communication’ in 2013. If approved, the training module would be adopted into both curricula.

Through increased awareness and interest by the international community in JCONAM, the college received a much appreciated donation of nursing books from two retired nurses based in, Los Angeles California. The two nurses; Marianne Holtz and Myrna Coheman travelled to South Sudan to personally hand over the books to the Principal-Petronella Wawa.

In the fourth quarter, RMF extended its support to the Juba Teaching Hospital (JTH) by funding the installation of wireless Internet services at the hospital’s resource center. This much needed services will be of great benefit to the hospital doctors, nurses and midwives among other staffs.

Technical contributions, reviews and endorsement of the midwifery diploma curriculum prompted the Ministry of Health to initiate and solicit support from various stakeholders in the development of the following documents; Standards and Guidelines in the Training of Nurses and Midwives in South Sudan, Bridging Curriculum to Enrolled Midwifery Training and In-service Training Manual for Nurses and Midwives in South Sudan. Some of these draft documents are undergoing review while others have been approved for use.

The Ministry of Health received approximately 1,500 applications during the 2011/2012-student recruitment process for all of the schools across South Sudan. During the fourth quarter of 2012, the number of applicants increased to 4,000 for the 2013 classes, with a higher number of students applying for admission into the various midwifery and midwifery institutes across South Sudan. These numbers reflected an increased awareness of the South Sudan health situation, increased interest in making an individual and collective contribution and a perspective on how nursing and midwifery is now considered as attractive as compared to other professions.

Through the support of the consortium of partners, currently 90 students are fully sponsored for the three-year education program. This includes; the provision of school uniforms, books, stationery, tutors and monthly allowances.

The project provides employment opportunities for both the teaching and non-teaching staff. This provides economic sustainability for the staffs and their families.

Upon graduation after the three-year course, the registered nurses and registered midwives will provide a much-needed service within the states and counties at facilities level. The services offered by this cadre of graduates are also expected to extend into the community through health education, community mobilization and home care, among others.

With the inclusion of the second year midwifery students into the maternity ward delivery roster, the 16 students are able to conduct/participate in 10-20 supervised delivers per day. These numbers are however meant to increase as the college looks into expanding the number of practice sites in the near future. 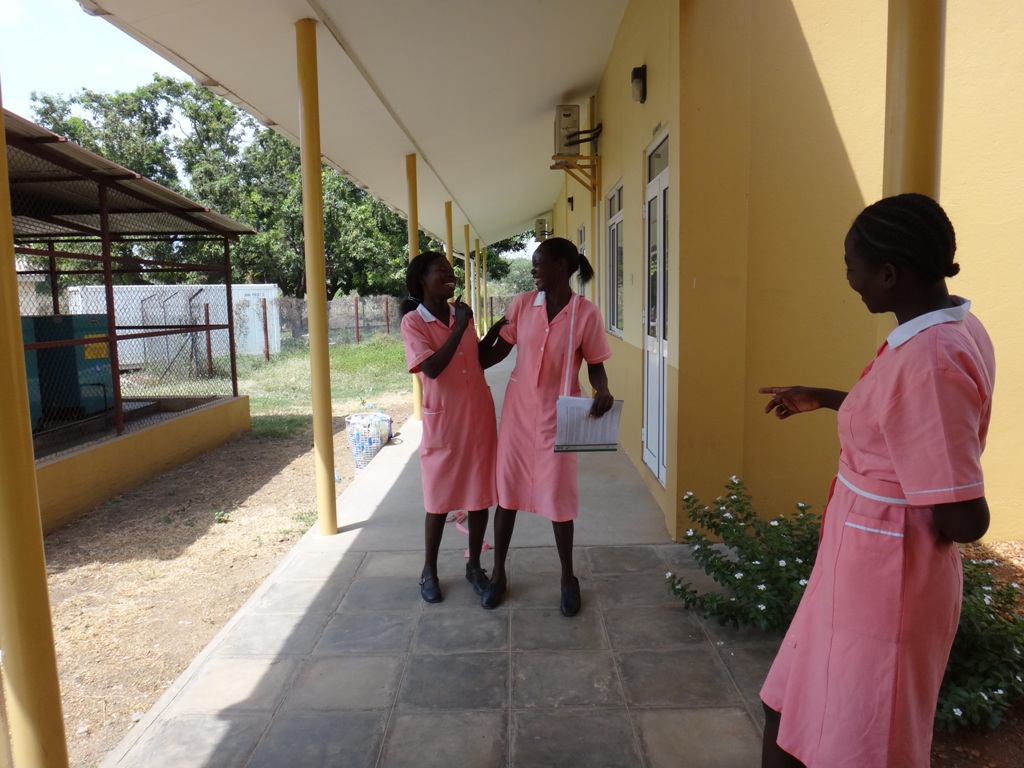 In 2012, JCONAM saw the return of two female students deferred at the end of 2010 due to pregnancy. In most training institutes throughout the 10 states, female student deferred for one academic year rarely return to complete their education programs. This is a result of several factors including; lack of close familial systems within Juba to assist in taking care of the infants when in class, the stigma imposed by society and attached to leaving one’s child to pursue an education or a career, marital consequences with regards to the roles of the mother and wife among other reasons. This situation has recently shifted due to increased awareness and the need to reduce illiteracy levels among females in South Sudan. Each of these students therefore count themselves as one amongst few in South Sudan who were given an opportunity and will in turn give more mothers and children an opportunity to thrive through her skills.

Through the student’s exposure and experiences since 2012, a few of them recently approached the college management on several welfare issues, which they requested to be addressed in addition to the three-year education program. Several consultative meetings lead to the formation of a student governing body that comprised; student president, health care, disciplinary, social welfare, housing, religious and sports representatives duly elected by the students and endorsed by the college management in the fourth quarter. The selected students would begin official duties in 2013 and would work closely in establishing a link between the students, tutors and college management. These positions will also provide the elected students a platform to share their leadership skills, a quality which will be useful when deployed after graduation.

Installation of wireless Internet services at JCONAM has led to an increase in demand for access and exchange of information by the students with the rest world. Initially when the Internet service was installed by RMF, very few students took interest due to lack of IT skills by the majority. This is now a thing of the past; students with IT experience volunteered themselves during their free time to teach other fellow students on basic IT skills. This was a good show of teamwork and unity among the students. The overwhelming traffic in the college’s computer laboratory and the 60 new admissions in January has increased the college’s management intensity to seek the support form the partners for; increase in the number of desktop computers, increase in the number of internet access points and recruitment of a full time IT Instructor in 2013. The students would be trained in basic computer packages and how the health workforce can use them.