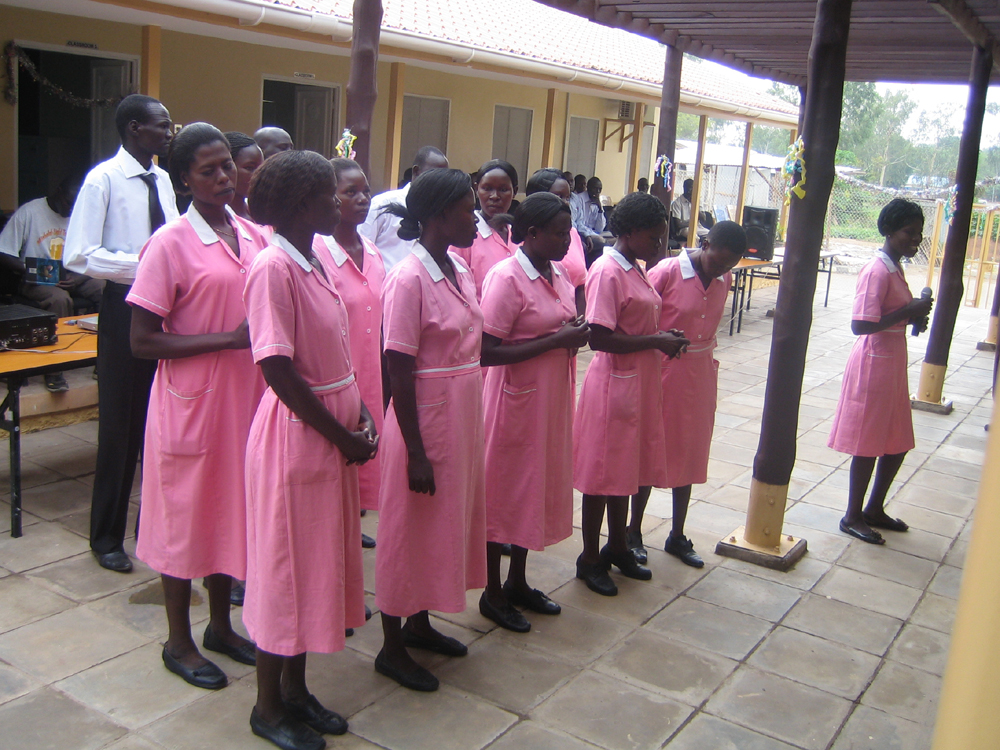 Photo: The first class of Midwifery students starting off the second year of training.

To improve the quality of and access to professional health care services by imparting the necessary skills through a three-year diploma program in either nursing or midwifery at the first College of Nursing and Midwifery in South Sudan accredited by the Ministry of Higher Education and Juba University that offers a diploma of Registered Nursing and Midwifery Status. 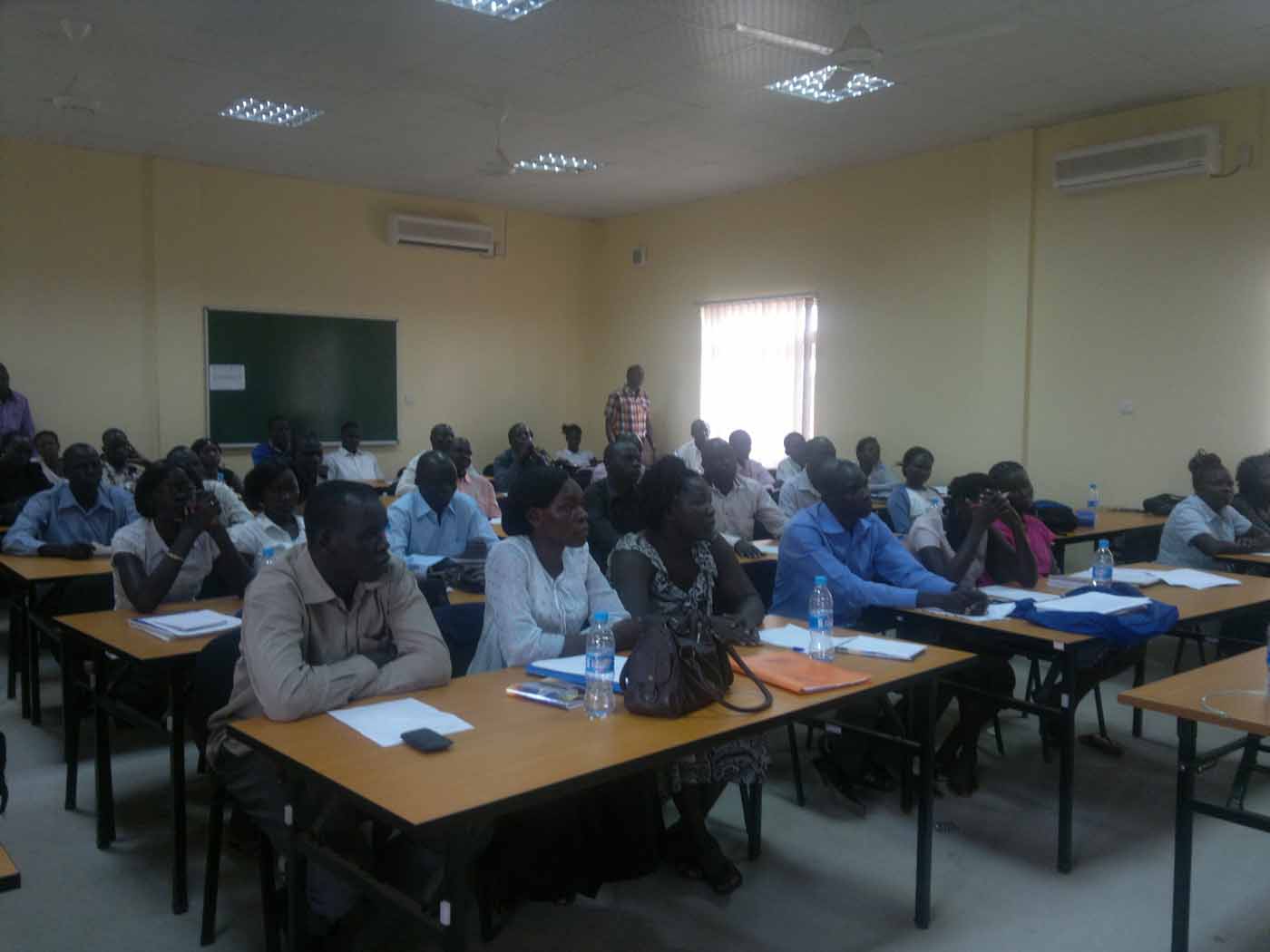 Provide a sustainable solution to South Sudan’s Maternal and Infant Mortality Rate, the former, which is the highest in the world at 2,054/100,000 as per the 2006 South Sudan Household Survey.  Approximately 200,000 women die each year giving birth.

Summary of RMF/WCF-sponsored activities carried out during the reporting period undereach project objective):

Support to the Ministry of Health, Republic of South Sudan and project partners in the coordination and implementation of project activities over the reporting period. Also in line with the approved college annual work plan.

Continued facilitation of inter-linkages with UNFPA, MOH and other stakeholders in ensuring quality assurance in the implementation of both nursing and midwifery curricula in the diploma programme.

Contribution of essential content by college tutors in the review of the draft diploma midwifery curriculum which will be later finalized and endorsed by the Ministry of Health for use by all Diploma National Health Institutes.

Continued education and assessment of nursing and midwifery students 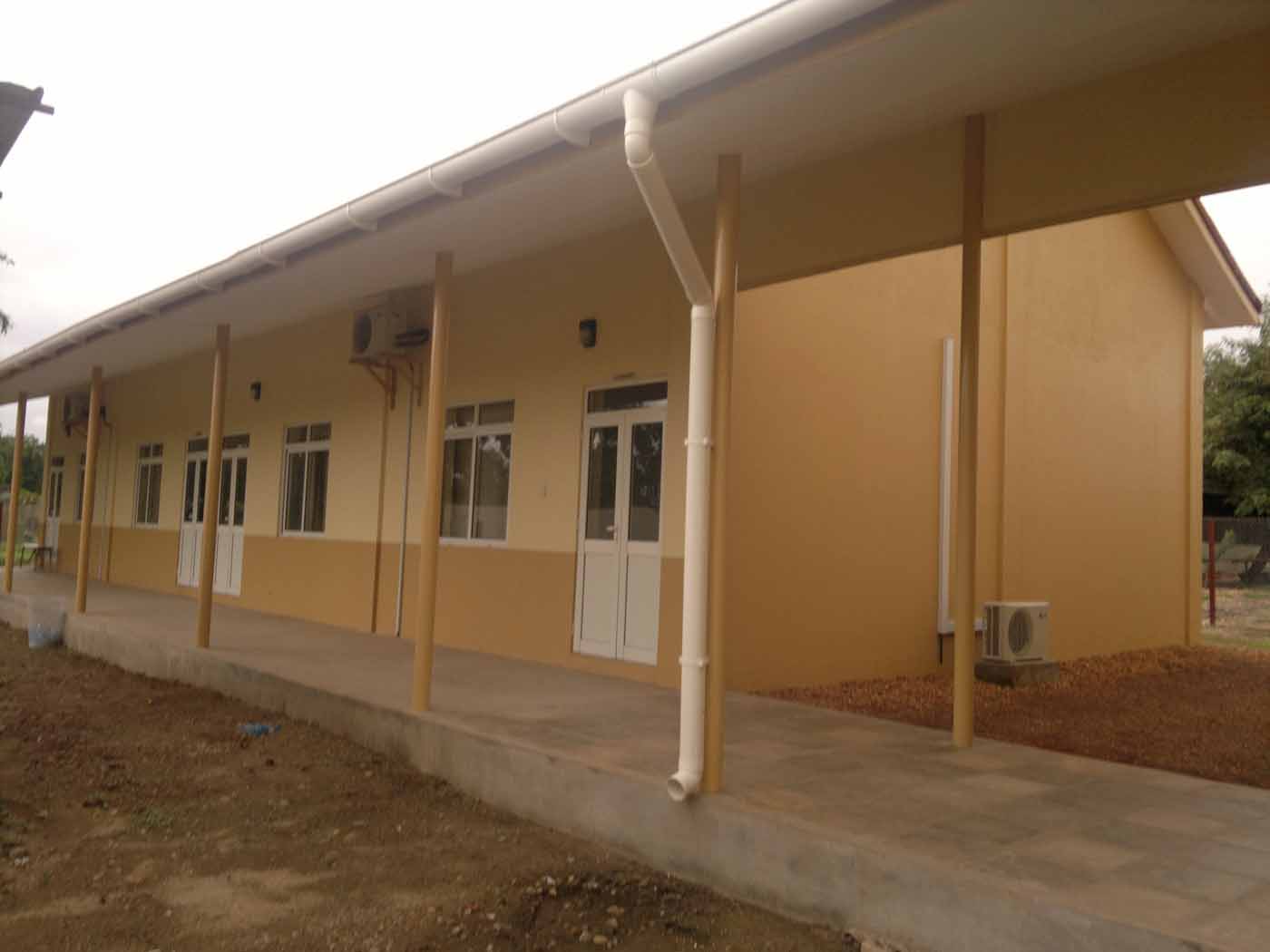 JCONAM resumed academic functions on the 15th of January 2012 after closing for the December holidays. The second year nursing and midwifery students started their first semester during this quarter upon return from their respective states with most students reporting in by the last week of January. Unfortunately due to failure by one nursing and one midwifery student to pass their end of year examinations and consequent supplementary examinations, the college administration discontinued the two students from their courses and JCONAM. They were however admitted into other public health institutes at enrolled level.

Second year midwifery students were posted to the main hospital soon after reporting for the first semester. They were rotated within the previously allocated maternity wards, which included: the antenatal clinic, antenatal ward and the gynecology ward. The second year nursing students remained in class to continue with theoretical learning.

The November 2011 to January 2012 interviews culminated in at least 450 students being admitted into various national health training institutes across the 10 states. More than 1,000 candidates applied for admission into the various institutes undergoing a rigorous interview process led by the Ministry of Health-Directorate of Training and Professional Development and assisted by tutors within these institutes and other stakeholders. During the first week of February 2012, JCONAM admitted a new class of 30 nursing and 31 midwifery students into their first year. The first two weeks of their admissions were characterized by; changes in courses (from registered nursing to registered midwifery and vice versa), changes in education program (from diploma in either Nursing and Midwifery to enrolled level, lab technicians etc. and vice versa). These changes were mainly due to errors in registration after the interview process. By the end of the month, all students had settled into their respective courses and institutes.

The college recruited an additional international tutor for the midwifery program. The tutor was contracted under the International United Nations Volunteer Program (IUNV). Rosemary Mugabe joined the project in early January 2012 and will be working closely with the other Midwifery tutors-Judith Apondo and Fekadu Alemu to train the first and second year students. The Nursing department comprises of: Repent Khamis and Justina Mkoma. The principal doubles up on both courses when either department is shorthanded.

VSO-South Sudan (A UK based non-profit) sponsored one clinical instructor to JCONAM to provide hands on support to the college tutors in both nursing and midwifery education programs.

Construction and renovation by both UNDP and JICA was completed during this quarter. The MOH carried out an overall inspection of the new hostel facility alongside UNDP. Minor adjustments were suggested on the structures with particular focus on the kitchen and mess hall. After the improvements were made, UNDP purchased mattresses, beds, reading tables and chairs, which were fitted into all 62 rooms. The first year students have already occupied some of the rooms with the second year students scheduled to move in during the second quarter. Construction and renovation of the classroom blocks by JICA was completed in February. On the 7th of March, JICA officially handed over the facility to the MOH in a colorful ceremony at the college facility. JICA’s contribution towards JCONAM was attributed to the lack of functional units in which students could be taught. Both educational programs were taught in what are now the practical room/skills laboratory and the conference room. On this day, JICA handed over a rehabilitated block with 2 new classrooms and a newly constructed block with 2 additional classrooms. Both the first and second year students now have their own designated areas of learning. JCONAM however still faces the challenge of financial resources that will facilitate the construction of another classroom block for the third intake.

During this quarter, JCONAM also received additional furniture in the form of lockable cupboards from UNFPA. These cupboards were to be placed in: the skills laboratory, library, tutor’s lounge and principal’s office.

RMF is now recognized as a registered international non-governmental organization (INGO) in South Sudan. Prior to its registration RMF worked with UNFPA guided by a co-funding agreement for the direct financial support of JCONAM. As of 28th January 2012, the South Sudan Ministry of Justice and Legal Affairs registered RMF as an independent organization. RMF South Sudan will thus seek to enter into agreements with several/different government department to establish other developmental projects/programs.

With the latest 2012 admissions into JCONAM, the current population stands at a combined number of 95 nursing and midwifery students. The continued support of the MOH and its developmental partners has thus facilitated the sponsorship of all students in their respective diploma courses.

Upon graduation after the three-year course, the registered nurses and registered midwives will provide a much-needed service within the states and counties at facilities level. The services offered by this cadre of graduates are also expected to extend into the community through health education, community mobilization and home care among others. 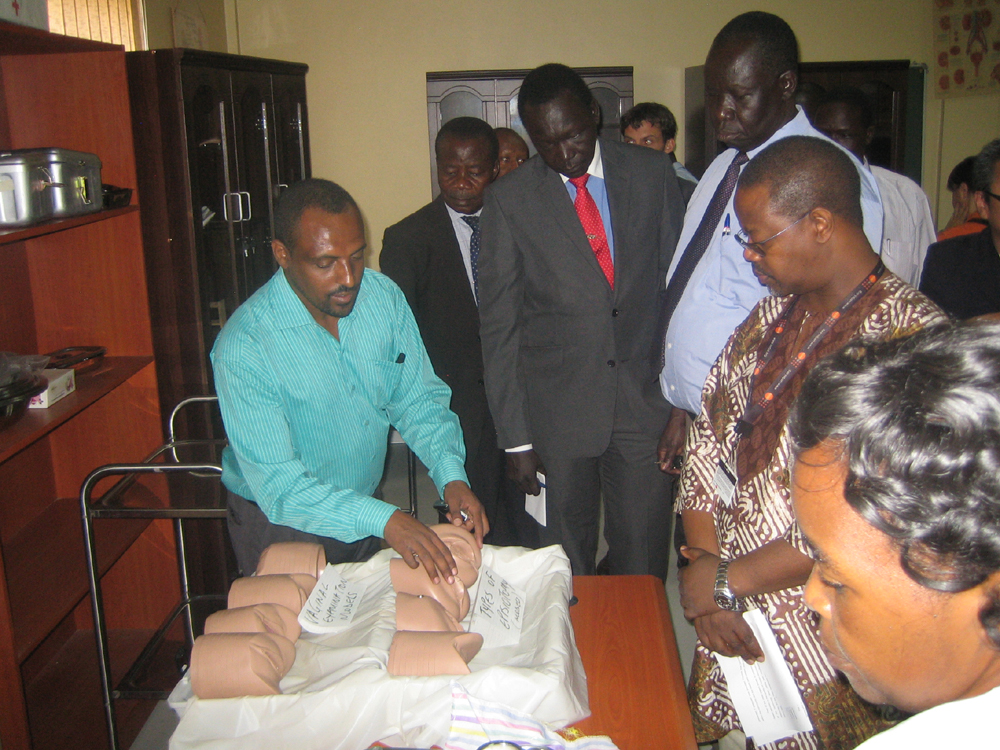 Plans for next reporting period:

Support in the recruitment payment of additional college staff such as clinical instructors, librarian, finance and administration officer, cleaners and security guards.

Two female midwife students were discontinued from their courses in 2010 and early 2011 due to pregnancy cases. The MOH had earlier agreed to allow for these students to continue with normal learning despite being pregnant however, it negatively affected their academic progress and they opted to defer. Both students were re-admitted into the first year in early January 2012 and allowed to resume into the midwifery program. When asked, the students said that they had been chosen among thousands of applicants in 2010 to make a difference in South Sudan and would not let anything deter them.