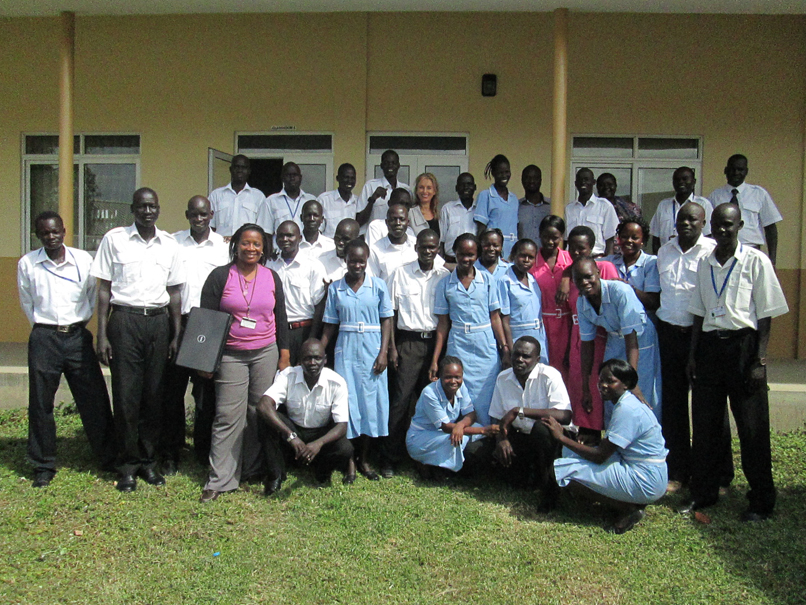 Photo: Dr. Martina Fuchs and the staff and students at JCONAM

Provide a sustainable solution to South Sudan’s Maternal and Infant Mortality Rate, the former, which is the highest in the world at 2,054/100,000 as per the 2006 South Sudan Household Survey. Approximately 200,000 women die each year giving birth. 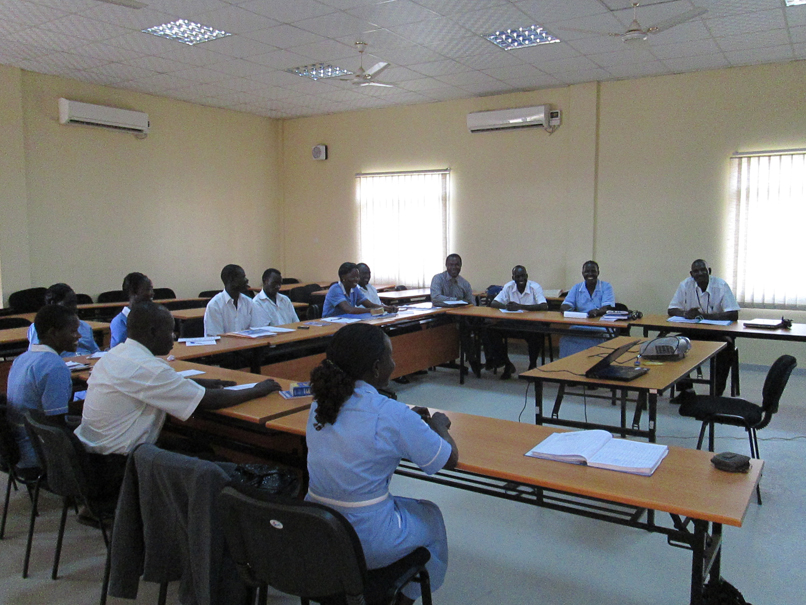 Summary of RMF/WCF-sponsored activities carried out during the reporting period undereach project objective:

Support to the Ministry of Health, Republic of South Sudan and project partners in the coordination and implementation of project activities over the reporting period. Also in line with the approved college annual work plan.

Continued facilitation of inter-linkages with UNFPA, MOH and other stakeholders in ensuring quality assurance in the implementation of both nursing and midwifery curricula in the diploma programme.

Initiate the procurement and installation of internet services at the Juba Teaching Hospital.

Coordination of RMF activities with other organizations and UN agencies within the health sector in South Sudan.

Procurement of academic and laboratory skills equipment for the college. 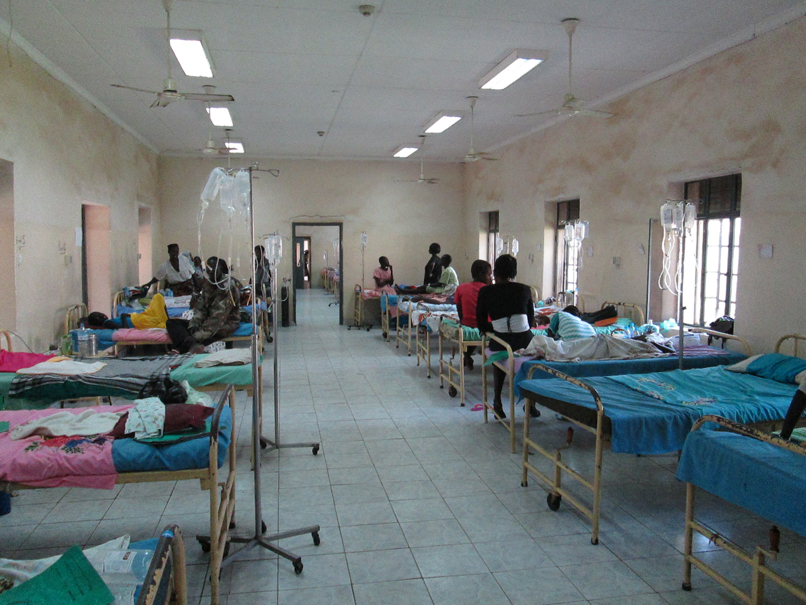 During this quarter, JCONAM tutors successfully managed to initiate weekly coordination meetings that helped to improve the teaching staff’s efficiency. Additionally, the tutors divided themselves into two departments; Nursing department and Midwifery department with each department headed by a tutor. Both programs are managed by the head of academics who in turn reports to the college Principal.

Both Nursing and Midwifery departments developed a master rotation plan, approved by the MOH, that outlines which theoretical and practical lessons students and tutors will be engaged in until the end of 2016.

During the reporting period, the second year Nurses and Midwives were in the wards for their first rotation until mid-September The second year nurses returned to their classes while the midwives will remain in the wards until the 17th of October. The second year midwives will be in class until the 15th of December. The nursing students break off from theoretical learning on the 25th of November and will be rotated among the following wards: Maternal and Child Health/Family Planning, Pediatrics, Medical and Surgical until the 15th of December. The third year Midwifery students had practical lessons and were rotated among the Newborn Unit, the Maternity ward and the Postnatal wards. They are expected to sit for 2 assessments (Newborn Resuscitation and Care of a Postnatal Mother) before they leave for the December holidays. The third year Nursing students were placed in the Medical, Family Planning, Pediatrics and Surgical wards until the 23rd of September and will be in classes until the 15th of December.

In September, JCONAM nursing and midwifery students in both second and third year moved to their furnished accommodation facility built by the UNDP.

JCONAM received a donation of nursing books from two American nurses previously working in South Sudan but now based in Los Angeles, California who visited the college.

During the third quarter, UNFPA supported JCONAM to boost its security through appointing 24-hr security guards who provide surveillance to the tuition and hostel facilities.

JOCNAM received several visitors during the reporting period, including RMF CEO Dr. Martina Fuchs during the last week of August.

RMF will be supporting the Ministry of Health in the 2012/2013 recruitment and selection process of students to the different health institutes across South Sudan.

RMF procured a number of academic and laboratory equipment for the college to be used during the third and fourth quarter.

Photo: Newborns at the Maternirty Ward at Juba Teaching Hospital

With the current 2012 admissions into JCONAM, the current population stands at a combined number of 95 nursing and midwifery students. The continued support of the MOH and its developmental partners has thus facilitated the sponsorship of all students in their respective diploma courses.

Upon graduation after the three-year course, the registered nurses and registered midwives will provide a much-needed service within the states and counties at facilities level. The services offered by this cadre of graduates are also expected to extend into the community through health education, community mobilization and home care, among others.

With the inclusion of the second year midwifery students into the maternity ward delivery roster, the 16 students are able to conduct/participate in 10-20 supervised delivers per day. These numbers are however meant to increase as the college looks into expanding the number of practice sites in the near future. 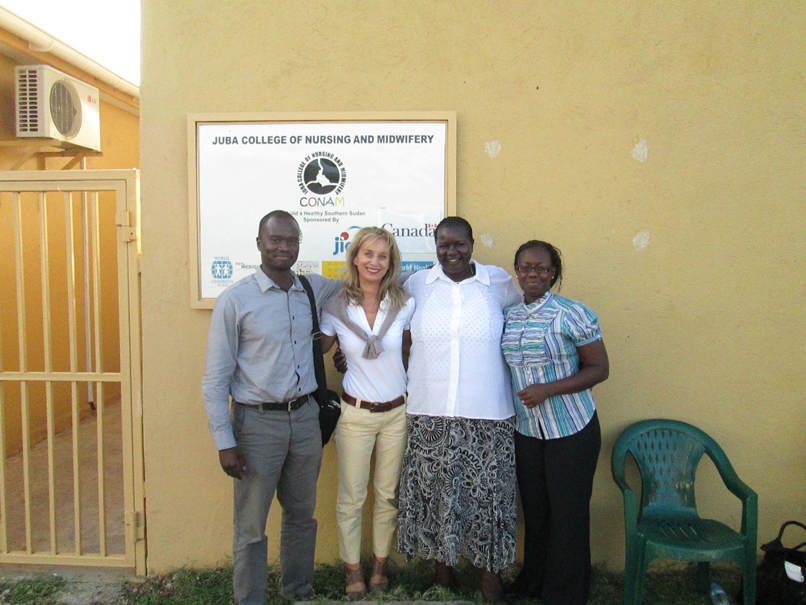 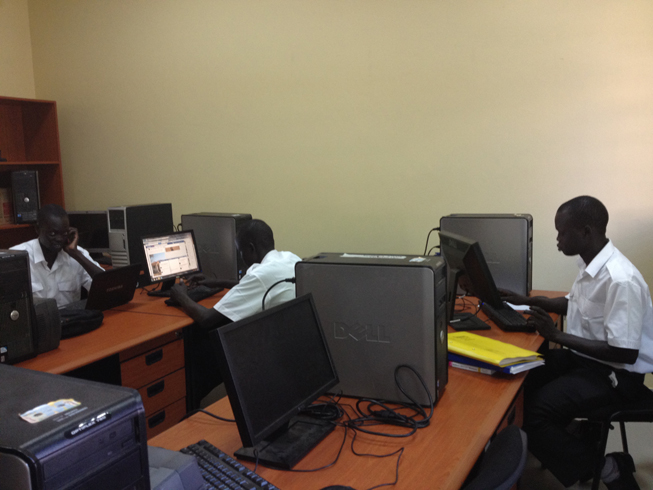