Upon arrival in Juba, and by way of interviewing the UNFPA’s Dr. Alexander Dimiti, the National Program 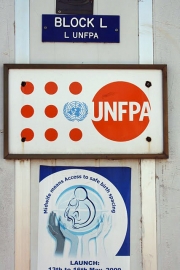 officer for Reproductive Health, we were given a great summary of the troubled history of Sudan since the mid 1950’s as background to why programs such as the new Juba College of Nursing and Midwifery we are supporting are so necessary. The first war between north and south lasted from 1955-1972, with a 10 year period of peace and an autonomous government for Southern Sudan, and then another war which lasted from 1983 to 2005. As you can imagine this did not leave the country of Southern Sudan with anything resembling an infrastructure or functioning health care and education system. Additionally, up until the 1950s the British colonial powers had placed missionaries in charge of the school system, and because of this there was only schooling up to primary school, with no secondary schools or colleges. To oversimplify the issue it is basically an educated wealthy north and a poor, uneducated South. There has been a great deal of relief effort over the years in the South but very little in the way of capacity building or development. 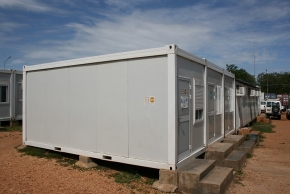 Of the estimated total 4,600 healthcare providers in Sudan according to the MOH preliminary analysis, only 8 are actual registered licensed midwives, and 2/3rd’s of the bulk of workers being “community health care workers” or “traditional birth attendants” with little to no formal training. The community health workers or birth attendants are fine if a delivery is normal, but if there are any complications then they don’t have the appropriate training. Approximately 15 to 20% of deliveries in Sudan develop complications and require emergency obstetric services such as a Cesarean section that these health care workers are not trained for.
The new constitution of Southern Sudan specifically highlights women’s health as a priority for the country’s well being and future success. Other, shorter, Nursing and Midwifery programs (18 months) have been tried but they are still not up to the task of tackling the most prevalent health care issues. A key challenge in the development of the capacity building has been that the Ministry of Health doesn’t yet have enough staff to be implementing programs of this type. This is also out of the typical purview of the MOH and they will have to find separate and additional funding to support the project. The key to the long term success of the school is the continued and increased involvement of the MOH and the Government to aim for self sustainability in a 3 to 5 year span. 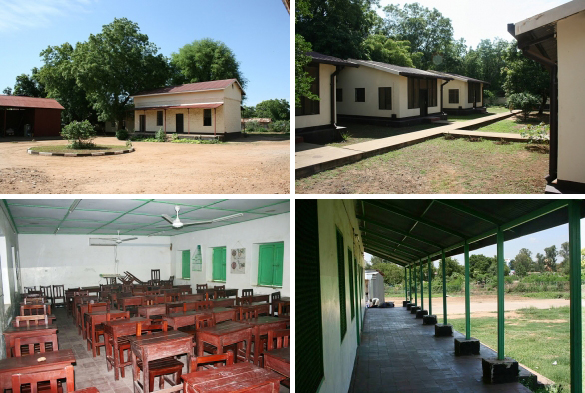 Upper photos: Grounds of Public Health Training Institute, Lower photos (L to R): One of the classrooms to be renovated, outside of the future location for JCONAM on the grounds of the Juba Teaching Hospital

As far as the new Juba College of Nursing and Midwifery that we are supporting, each initial incoming class is supposed to have 2 students from each state, with a total of 10 states putting the classes at 20 each. As of the first week of orientation 25 students had arrived with an additional 5 expected by the end of the second week. The foundation level pre-requisite courses of Mathematics, English and Biology will be held over the next three months in the temporary classroom facilities of the old Public Health Training Institute campus that is not being used by anyone else. These courses are being taught by lecturers from the Juba University. While the students get started on their studies, renovation and building work will commence by the Japanese government aid group, JICA, at the future location of the school on the grounds of the Juba Teaching Hospital.

From L to R: Hospital buildings, cafeteria building, outside of classroom and lab buildings to be renovated and expanded

We are also greatly pleased to announce that the UNDP fund and their implementing partner Global Health Group are in the process of finalizing a grant for $1Million to the construction of accommodation buildings for the students and tutors. Plans detail support to the project in terms of construction of 4 additional classrooms, dining room, kitchen and store room, recreational room and facilities, dormitories for 120 students, accommodation for 8 tutors. This greatly helps the viability of this project and ensures the success of the College as a whole. In addition, GF/UNDP will procure teaching aids and equipment worth $98,000. 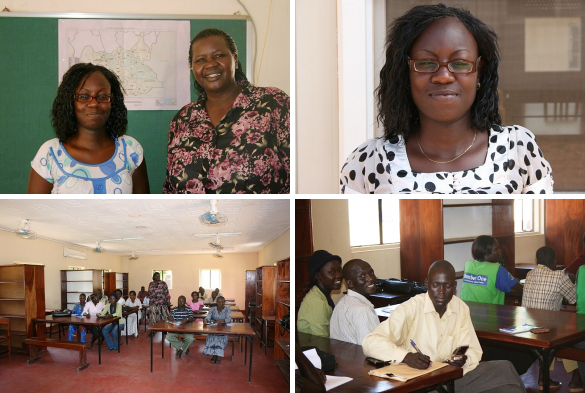 Overall, we are very pleased to see that the classes have begun with a classroom full of eager new Nursing and Midwifery students. There is still much work to be done to renovate and build the future campus, finalize the curriculum and staffing for these students, but with the hard work and focus of our partners JICA, UNFPA, UNDP, WHO, MOH, GOSS, WCF and the St. Mary’s Hospital Isle of Wight, Juba Link, we will make this a reality. 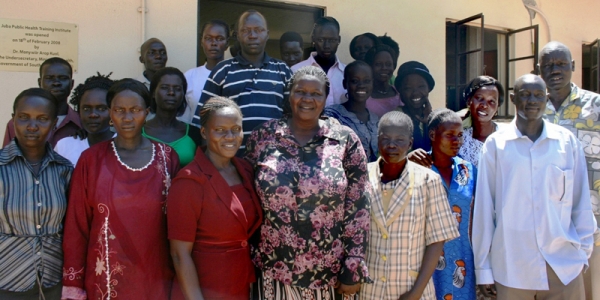 Petronella and the first incoming Nursing and Midwifery class