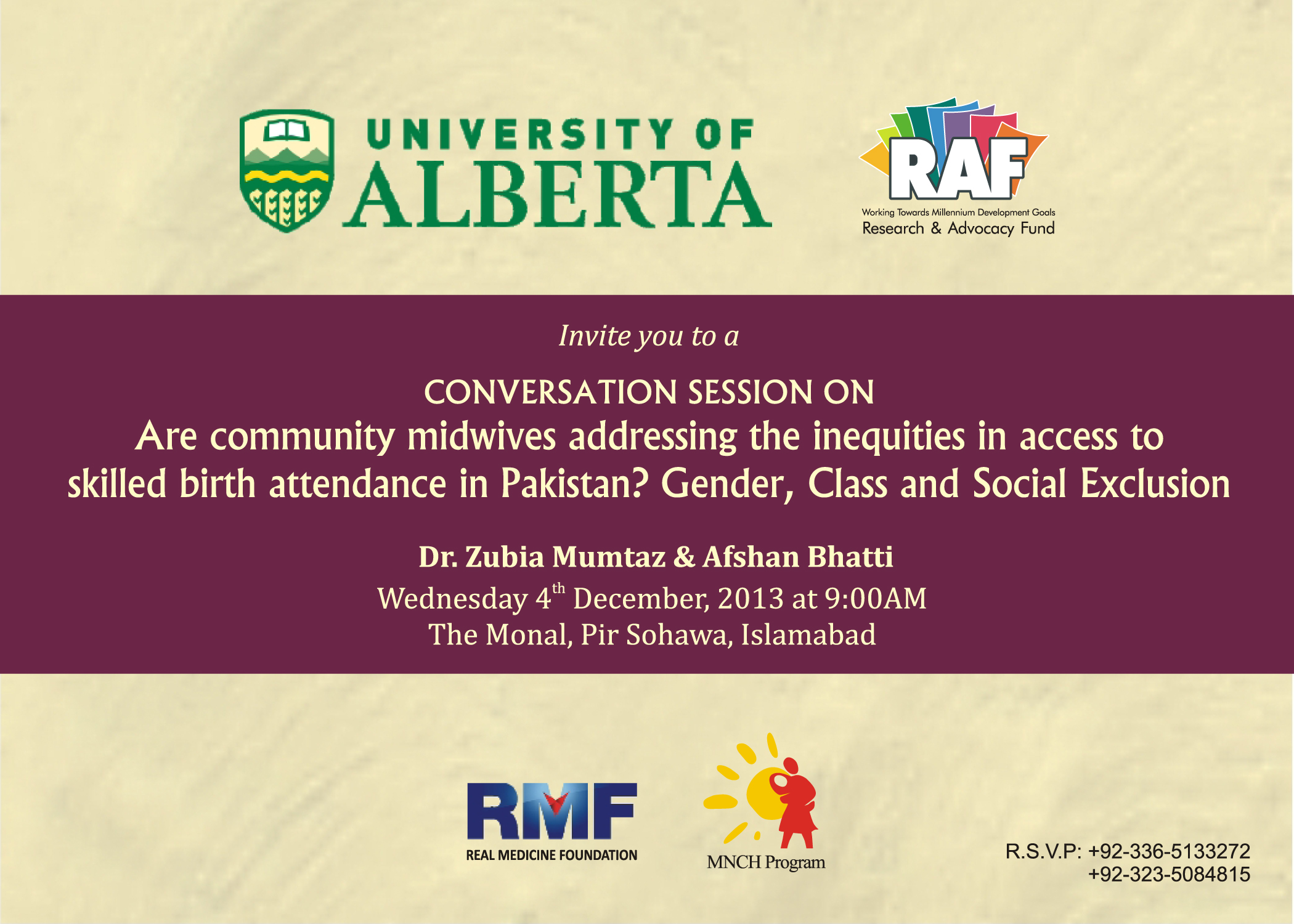 The research study titled ‘Are Community Midwives addressing the inequities in access to skilled birth attendance in Pakistan? Gender, Class and Social Exclusion” by University of Alberta and Real Medicine Foundation, funded by RAF (Research & Advocacy Fund) has come to a close. Findings for this study are to be shared with funders (DFID), policy makers, parliamentarians and other key stakeholders from a range of international and national organizations e.g. UNICEF, USAID, AusAID, CIDA and health officials from the Punjab Health Department and the MNCH Program of Punjab.

Findings from this research have identified key challenges facing the CMW program in providing care to poor, socially excluded groups and several recommendations have been made. A pre-dissemination meeting for preliminary sharing of the findings with key stakeholders in Punjab Province was held in Lahore PC Hotel on 2nd December 2013. The key participants were the DG Health, Punjeba representatives of UNFPA, USAID, key officials of the MNCH Program and the Punjab Health Departments. The findings were concluded with suggested recommendations that were subject to detailed discussion until consensus was achieved.

The one-day knowledge dissemination seminar, now catering for a national audience, is scheduled on 4th December in Islamabad and we are pleased to announce the event will be inaugurated by Senator Begum Najma Hameed who has kindly agreed to grace the occasion. Member of National Assembly, Mr Chaudhry Khadim Hussein, who is parliamentarian elect from Jehkum, our field study site, will conclude the session.