The unprecedented monsoon rains of 2010 caused devastating floods that affected up to 20 million people in Pakistan in what is now officially recognized as one of the country’s worst natural disasters in scale. Continuous, relentless rains led to repeated surges of flood water along the Indus River and its tributaries from the mountains and valleys of the North to the agricultural plains of Central and South Pakistan affecting an estimated 70 districts in the provinces of Khyber Pakhtunkhwa (KPK), Punjab, Sindh, Baluchistan, Gilgit-Baltistan (GB), and Azad Jammu Kashmir (AJK). 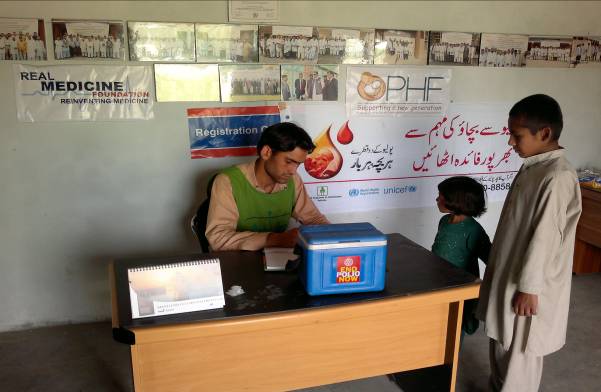 The inundation caused devastation and damage to communities, homes (estimates of 1.2 million households), infrastructure (roads, bridges, railway networks, and dams), communications, health and education facilities, livestock, agricultural crops, shops and workplaces, and livelihoods in general. An estimated 8 million people were in need of assistance and around 800,000 became internally displaced persons (IDPs) as they shifted to higher plains to seek refuge in tent camps set up by the government.  According to the United Nations the scale of Pakistan's flood disaster was worse than the 2004 Asian tsunami and the 2010 Haiti earthquake combined.

The province of KPK was the most severely affected in terms of destruction where massive damage to infrastructure and property was sustained. Against a backdrop of recurrent natural and man-made calamities in this province – including the protracted fighting and mass displacement witnessed in 2009 due to the Taliban invasion of Swat – the long term effects of the floods threaten to entrench food insecurity and poverty in KPK. Within KPK, District Charsadda is one of the worst affected because of its close proximity to the Kabul and Indus Rivers; some Union Councils remained inundated with water for several weeks after the rains stopped.

Post floods, the most pressing needs were clean water, food, shelter, healthcare and sanitation. Given that many healthcare services outlets have themselves been destroyed or affected by the floods, the need for medicines and health care was immense. The main causes of morbidity from the floods were outbreaks of water-borne diseases including acute diarrhea, gastroenteritis, skin infections, acute respiratory tract infections, typhoid fever, malaria, and viral conjunctivitis. Particularly vulnerable were children, pregnant women, elderly and other vulnerable populations whose immune systems are compromised. 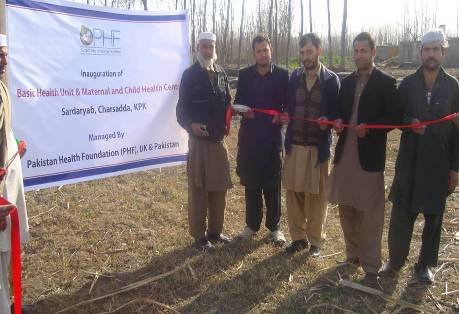 To improve the health of the people, especially women and children, living in Union Council Agra which is one of the worst floods affected Union Councils of District Charsadda, thereby contributing to the achievement of the Millennium Development Goals of reducing maternal and infant mortality in Pakistan. 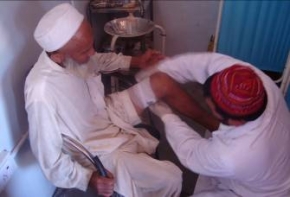 Health related facilities in the area

The few existing BHUs in Charsadda have hardly any medical equipment.  The local population has always complained about the shortage of medicines, and other equipment and facilities in the health centers of this area.  The recent flooding of all three rivers in this region submerged the entire district. The waves of water destroyed everything that came in their way. Alongside the other infrastructure of the area, the few existing health facilities have also fallen prey to these deadly floods, which created an alarming health situation in the region.  In this critical situation the establishment of the RMF-PHF Hospital is a necessity for the people of the community. 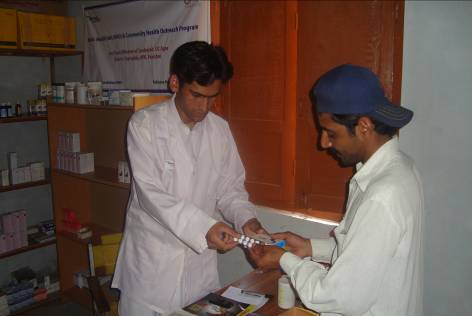 From June 1stto August 31st, 2012, 4,578 patients were diagnosed and treated at the RMF-PHF Hospital Agra for a variety of medical conditions.

Acute Respiratory Tract Infections (ARI) once again remained on top of the list of conditions for which consultations were sought. June and July seeing 29.8% and 30.7% respectively, and further down to 26.1% of OPD in August 2012.

In this reporting period, 309 women came for antenatal visits, 268 women visited the hospital for gynecological problems and 122 women visited to discuss family planning demonstrating the local demand for MCH services and the rapport the hospital has already established with the local community.

Most of the diseases diagnosed and treated resulted from poor living conditions of the patients living in this community which is still recovering from the floods:

This project significantly improved the access for women and children to primary healthcare in this remote region. The hospital is handling cases of common prevailing diseases, gynaecologic and obstetric cases, and refers cases needing advanced care to the secondary and tertiary care centers in Peshawar in a timely manner.

89 cases were seen and subsequently referred to secondary and tertiary care hospitals like Lady Reading Hospital (LRH) and Khyber Teaching Hospital (KTH) in Peshawar for further treatment. The PHF-RMF Hospital has not only served the patients of Union Council Agra but also serves the poor patients from non-flood affected areas of other adjacent Union Councils of District Charsadda.

The RMF-PHF Hospital also interacts and coordinates with local health authorities at the district and provincial levels.  Recognizing the strength of our Hospital, local authorities have selected the facility as a provider for polio vaccinations.  396 children were vaccinated against polio during this quarter; see box on page 2.

The polio campaign is run every month by the Government and partner organizations like Rotary International. The hospital is usually helped by the Rotary Polio teams.

The hospital also aims to provide women and children in the area access to vaccinations against infectious diseases including polio, tuberculosis, MMR, Hib, tetanus, diphtheria, measles, and hepatitis B.

The PHF-RMF Hospital truly acted on the slogan “End Polio Now/Make Pakistan Polio Free” with intensive campaigns against polio and vaccinated 396 children during June, July and August 2012 in the RMF-PHF Hospital. The hospital provided space and access to children for the Government/Rotary polio teams. The local community showed great satisfaction on provision of these preventive services.  . 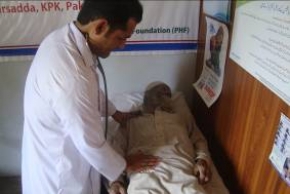 Wali Shah, 53 presented with severe diarrhea, high-grade fever and vomiting at RMF-PHF Hospital. The doctor successfully treated him for his dehydration and infection. He was given IV fluids and antibiotics and retained in hospital for several hours. He recovered from his illness.

His family was very thankful to the hospital staff for timely life intervention to save his life.