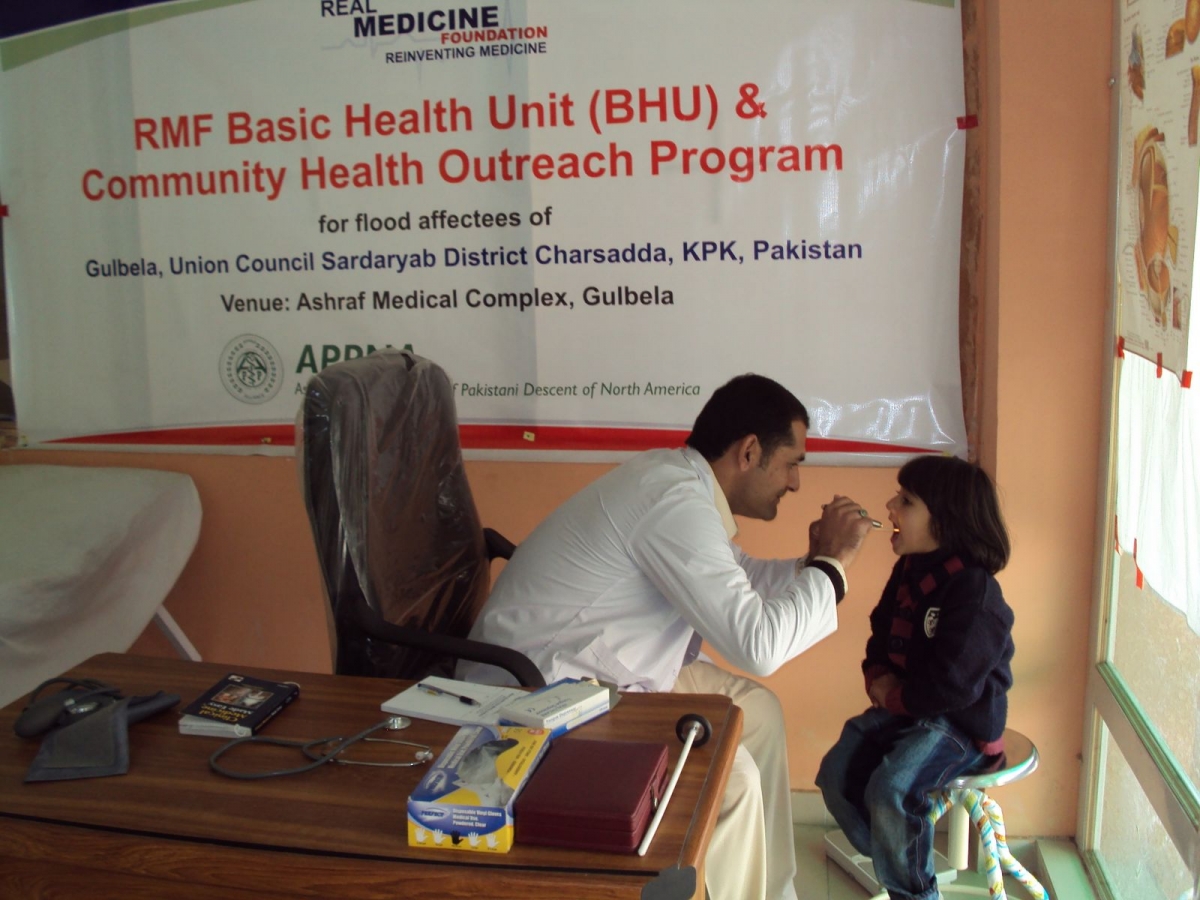 Because of its strategic location, Gulbella plays the role of a hub for Union Council Gulbella and three additional Union Councils, Naguman, Sardaryab and Agra, in the District of Charsadda. It is located on the bank of the Kabul River on the road from Peshawar to Charsadda.
District Charsadda itself is an important district of Khyber Pakhtoonkhwa Province. There are three rivers flowing in the territory, Jindi, Swat and Kabul. Currently the population of the district is more than a million. Livestock is one of the most important and the main source of income of the inhabitants of the region. Generally, the people of the region are poor, hardly making ends meet. The literacy rate is low.

The unusual and torrential rains during the monsoon season in August 2010 resulted in the flooding of all three rivers, which created havoc in the country in general and Charsadda in particular. Charsadda was the most severely affected district of Khyber Pakhtoonkhwa Province – all three rivers in the territory flooded and washed away everything that came in their way. Hundreds of houses and buildings were demolished, schools destroyed, and bridges damaged. 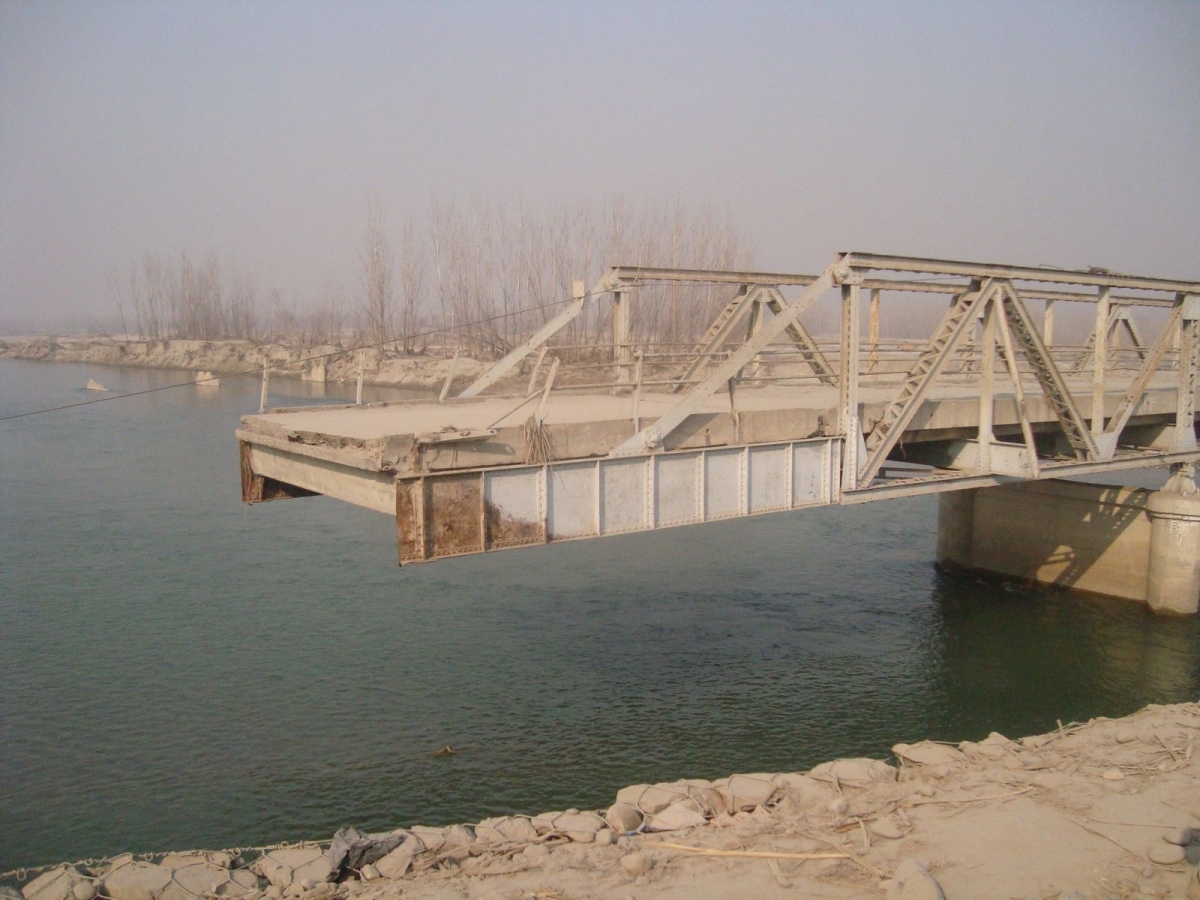 Health Facilities in the area
There are very few health facilities available in the district – the District Headquarter (DHQ) Hospital Charsadda, a THQ Hospital and some BHUs. The recent flooding of all three rivers submerged the whole district. Alongside other infrastructure in the area, the few existing health facilities have also fallen prey to these fatal waves, which created an alarming healthcare situation in the region.

Provision of a Health Facility by RMF in collaboration with APPNA
In light of the critical situation in the district, Real Medicine Foundation in collaboration with the Association of Physicians of Pakistani Descent of North America (APPNA) established a Basic Health Unit (BHU) in Union Council Gulbella, Sardaryab, District Charsadda of Khyber Pakhtoonkhwa, aiming to provide free health services at the unit for the flood affectees. This BHU was established in a very short period of time – 7 days – and was formally inaugurated by Dr. Rubina Mumtaz, Country Director, RMF Pakistan, on December 19, 2010. People of the area consider the establishment of the BHU a noble act on the part of the RMF/APPNA since health has always been one of the basic and the most important issues of the region. The facility treats around 50 patients a day. 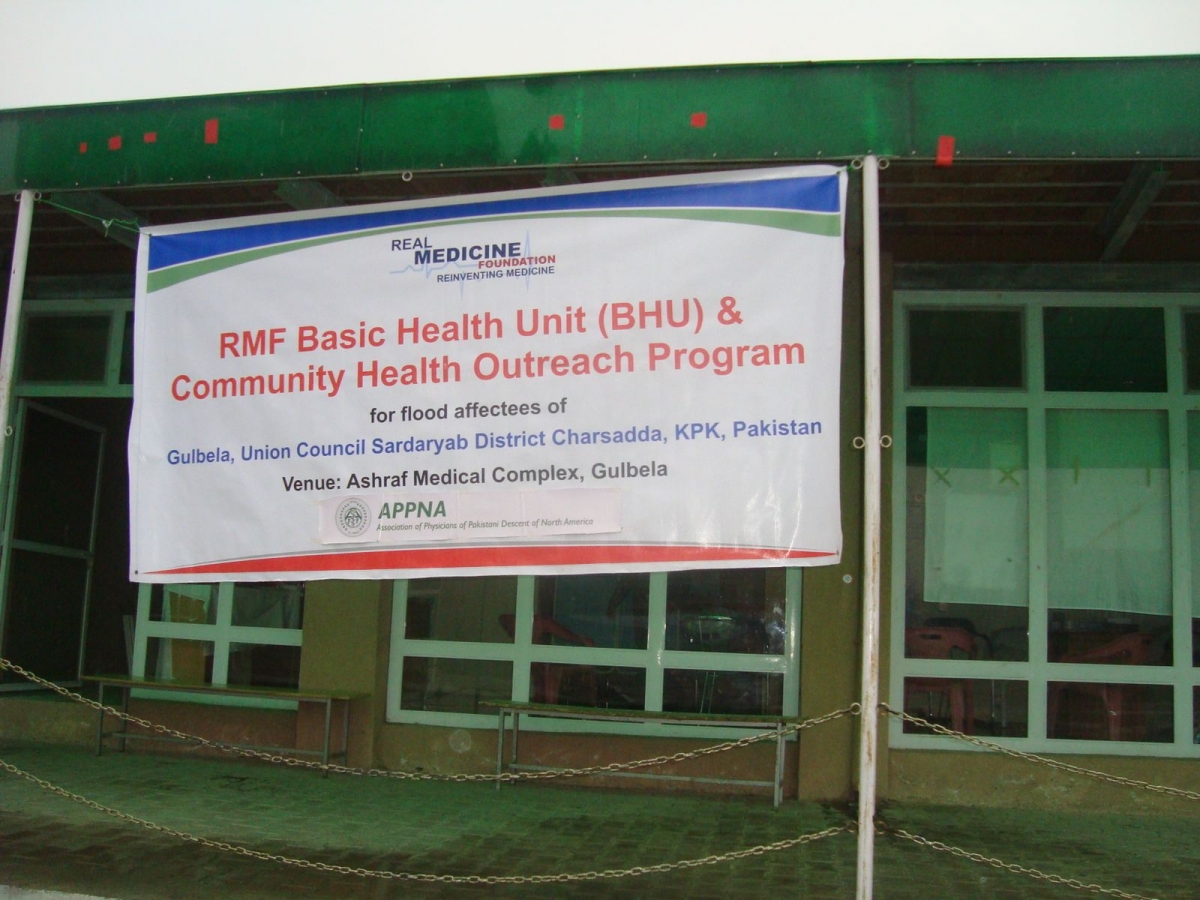 Most of the diseases diagnosed and treated result from the weather and living conditions of the patients:

63 patients were subsequently referred to secondary and tertiary care hospitals for further treatment.

Constraints
The hurdles created by the local community often stand in the way of the proper implementation of a project. But it is gratifying and encouraging to note that the community in Gulbella has been very helpful and cooperative. No constraints have been faced by the BHU employees during the implementation of the project so far.

Success stories
Iqbal Hussein S/O Mohammad Hussein is a 65 year old resident of Gulbella. He is a poor man and does day labor work. For more than a year, Hussein was having difficulty in passing urine. He told the medical officer that he was in a ‘Retention of Urine’ state since the night before he visited the BHU and experiencing a lot of pain. The Medical Officer at the BHU examined the patient, immediately catheterized the patient, and gave him emergency treatment. He also evaluated the patient and found an enlarged prostrate. The patient was referred to Lady Reading Hospital (LRH), Peshawar for further (ultrasound) diagnostics. The result of the ultrasound revealed that he was suffering from significant prostate enlargement – 70 gram (normal is 18 gram). The patient was advised to undergo a Trans Urethral Resection of the Prostrate (TURP) procedure. The procedure was completed successfully. Iqbal Hussein was declared to have fully recovered from the ailment and discharged from the hospital.

As soon as he was discharged from the LRH Peshawar, Iqbal Hussein visited the RMF-APPNA BHU and thanked the Medical Officer and the other staff of the BHU for helping him heal a long term ailment that had made his life miserable. Hussein was now very happy and said that he can now work easily to help his family, which is still fully dependent on him.

Nauman Khan s/o Bashir Jan is a resident of Agra in District Charsadda and was brought to the BHU in Gulbella after falling unconscious. The patient was in critical condition. Upon inquiries of the Medical Officer, the attendant told us that Nauman had taken medicines of some kind. Our Medical Officer immediately passed a naso-gastric tube to remove the unabsorbed poison. The Medical Officer with the help of a Medical Technician also washed out the stomach of the patient with several drips of normal saline and eventually managed to drain out the medicines which he had taken. The BHU team kept the patient under observation for about 90 minutes and kept monitoring his vitals meanwhile, i.e. BP, temperature, pulse, and respiratory rate. He was also given i.v. fluids and antibiotics to prevent any secondary infection. When the staff found him stable, the patient was allowed to go home after ensuring his full recovery.

Nauman’s brother and a cousin who brought him to the BHU were really thankful to the RMF- APPNA team, as they were very much frightened after the incident and said that they really did not know what to do.

Community Feedback
The response of the community has been very positive. They appreciate the presence of a doctor and Lady Health Visitor (LHV) who handles female related diseases (maternal cases). There were few medical facilities available in the region only far from their homes. 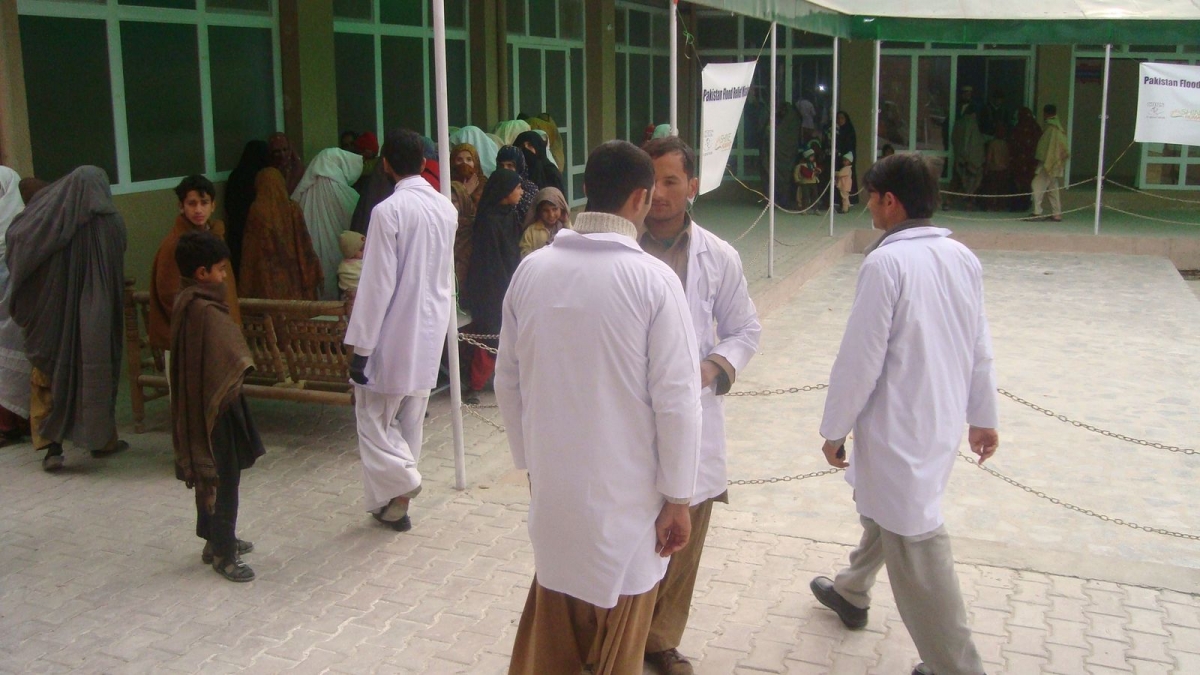