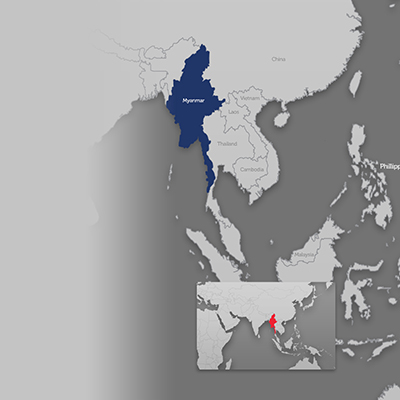 From the afternoon of Friday May 2nd until Saturday May 3rd 2008, Tropical Cyclone Nargis slammed along the coast of Myanmar (Burma) devastating large parts of the low-lying delta region of the Irrawaddy River before ripping through Myanmar’s largest city Yangon (estimated population 6 million) for over ten hours. It cut a path 50 miles wide by 200 miles long, killing an estimated 200,000 people and thousands of animals. Almost 95 per cent of all homes in the rural areas have been destroyed. Entire villages were washed away by 12 foot waves and winds up to 192 miles per hour. Families lost many members, especially small children and the elderly who could not cling to trees for survival. Over a million people are estimated to be homeless. These numbers of deaths and homeless are preliminary estimates and may go much higher.

The effects of the disaster are only now emerging as reports come in from remote areas of the Delta as thousands of refugees seek shelter in towns further north. A week after the cyclone hit, a mere trickle of aid is getting to the affected areas. Disease, hunger and thirst are claiming more victims as the days go by.

The cyclone has hit against a backdrop of growing and entrenched vulnerability and food insecurity among hundreds of thousands of rural families in Myanmar. Farming has been the most important means of livelihood for over 70 percent of Myanmar’s population. Many of the rural poor are also landless families who work as casual laborers on farms; they earn less than $1 a day and their employment is only seasonal. The Irrawaddy Delta, with its high population density is considered the “rice bowl” of the country. But now that crop has been destroyed.

May is the start of monsoon season in Myanmar. The constancy of rain and mud amidst this destruction have reduced the hopes of survival for those who remain, waiting for the aid organizations to arrive. Survivors are without shelter, food, and clean water, without means of disposing of the thousands of corpses, without medicine or medical care for their injuries and without defenses against imminent outbreaks of killers like cholera, dysentery, pneumonia, dengue fever and malaria that thrive in such decrepid conditions.

Real Medicine is partnering with non-governmental organizations in Myanmar, which are responding to the cyclone crisis by mobilizing staff into thousands of villages serving over 3,000,000 people of the Irrawaddy Delta. These workers are actively providing immediate relief by installing clean water systems, temporary shelter from the rains, and food and basic medical necessities for the refugees.

Every penny donated is immediately going straight to the refugee aid effort. Materials are available in Yangon and teams of aid workers are getting them into the villages. 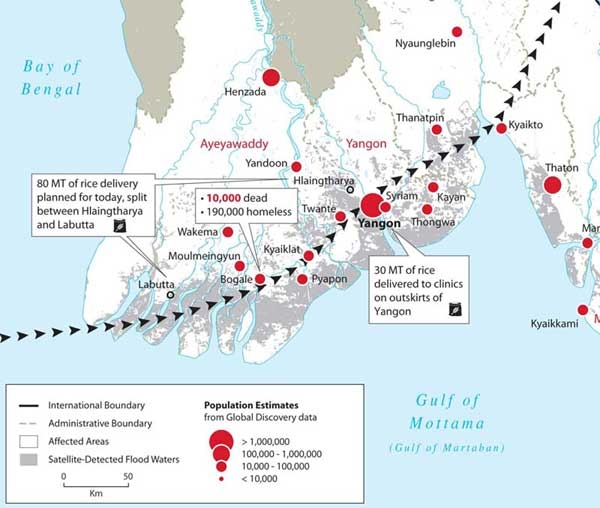