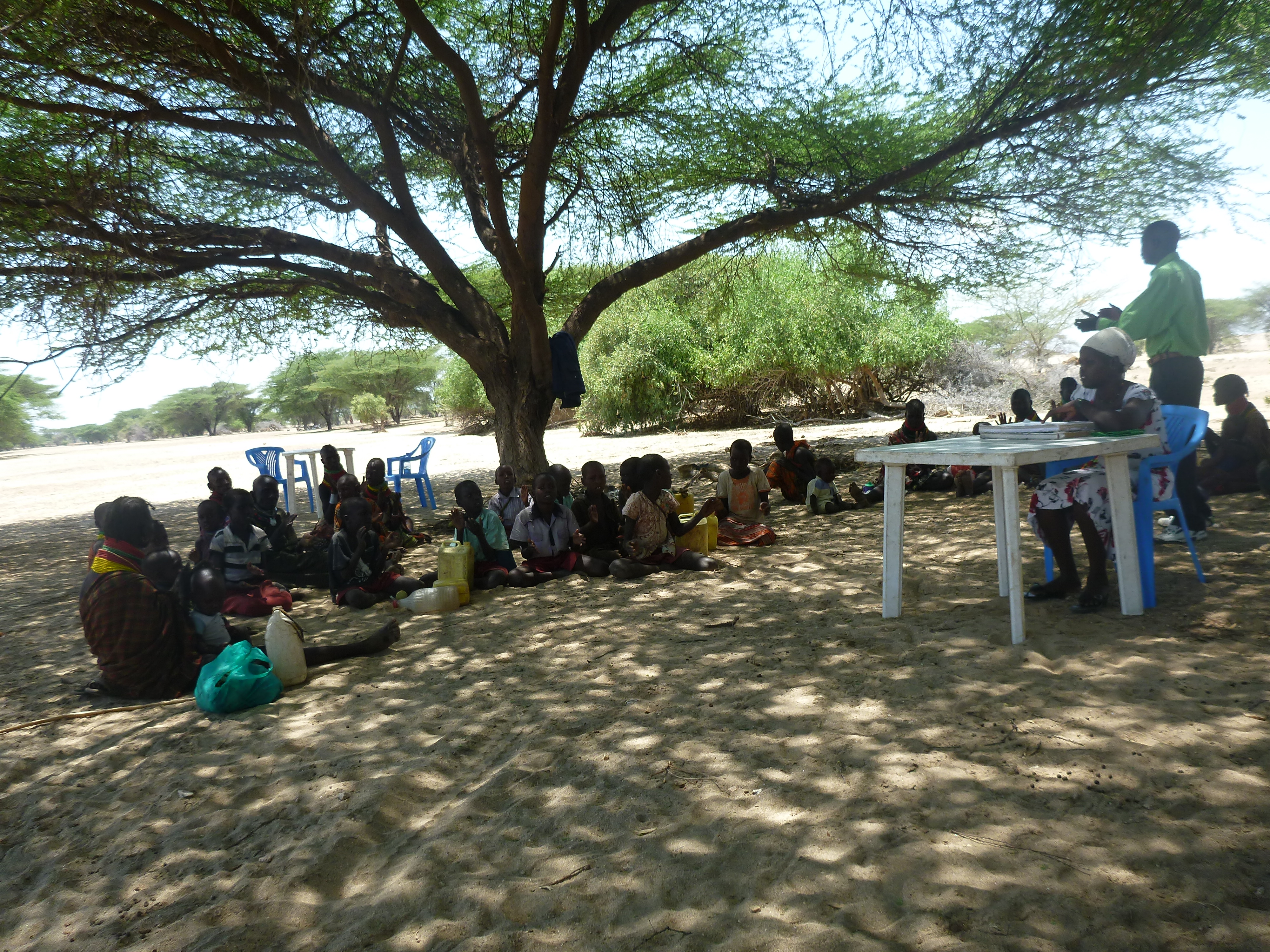 In addition to RMF’s long term support of the Lodwar Clinic, we expanded our medical outreach programs and the frequency of our mobile clinics this past year, and are now reaching 33 villages and a target population of 79,800. An average of 1,300 patients is seen by the mobile clinic teams every month, and over 300 patients per month at the permanent clinic in Lodwar. 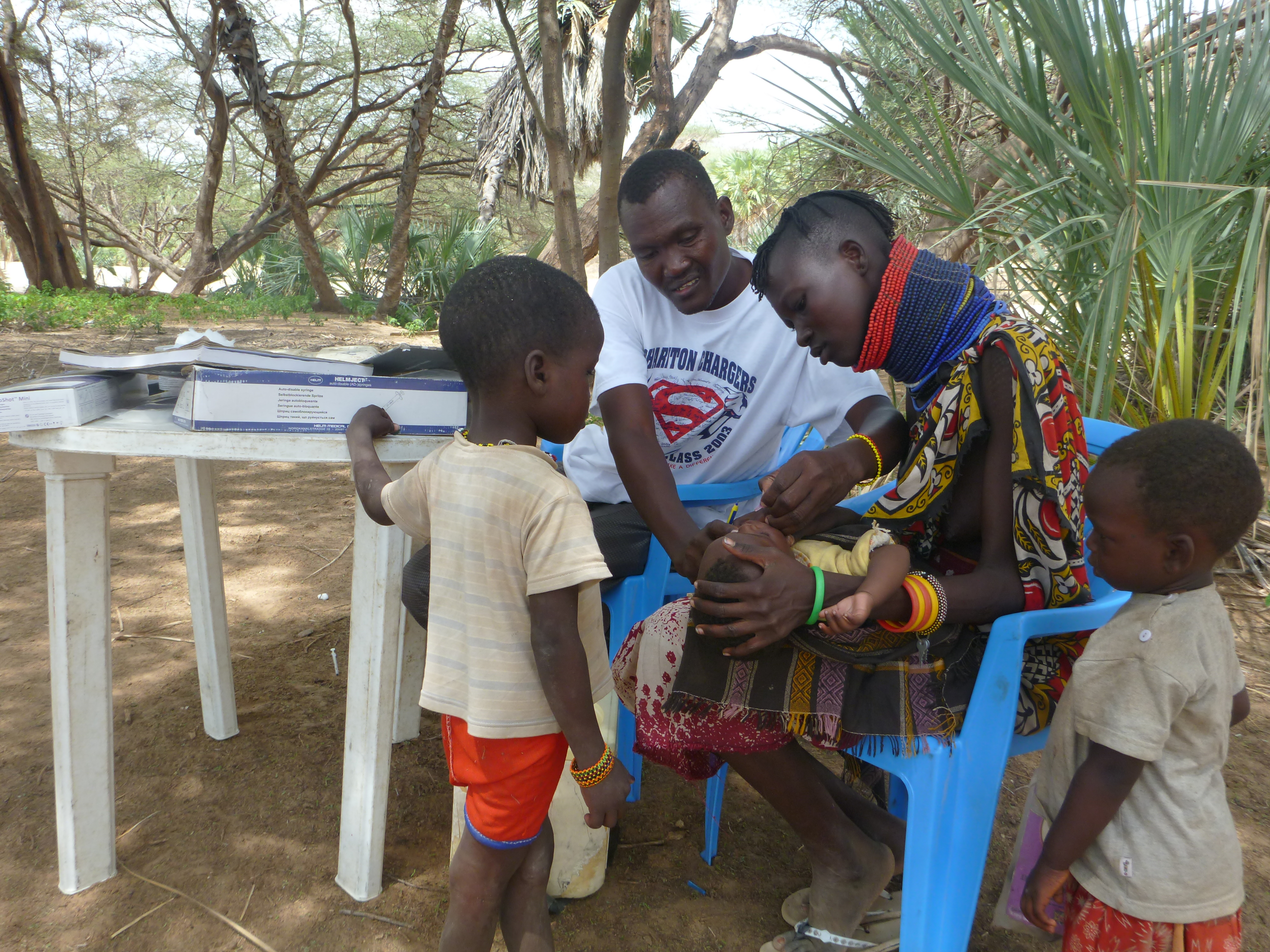 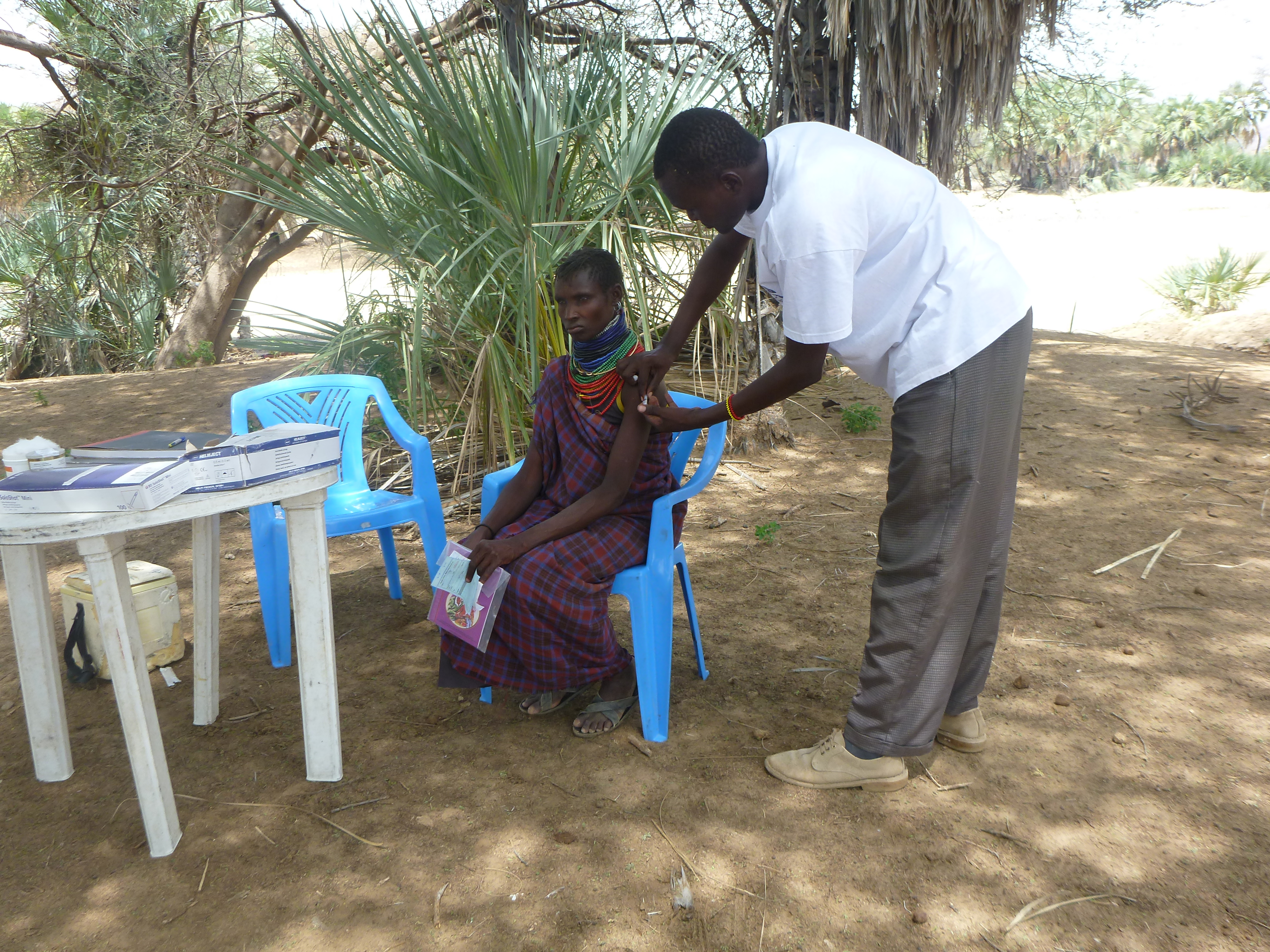 Mr. Ewoi (below) suffered a snake bite 30 miles west of Lodwar Town. A snake bit Mr. Ewoi at night while he was searching for his lost goats and he does not live in an area that has access to hospital services. Fortunately, a Good Samaritan who was heading to Lodwar Town encountered Mr. Ewoi lying in the bush and called his relative who was living in Lodwar Town to look for people who could help the patient. 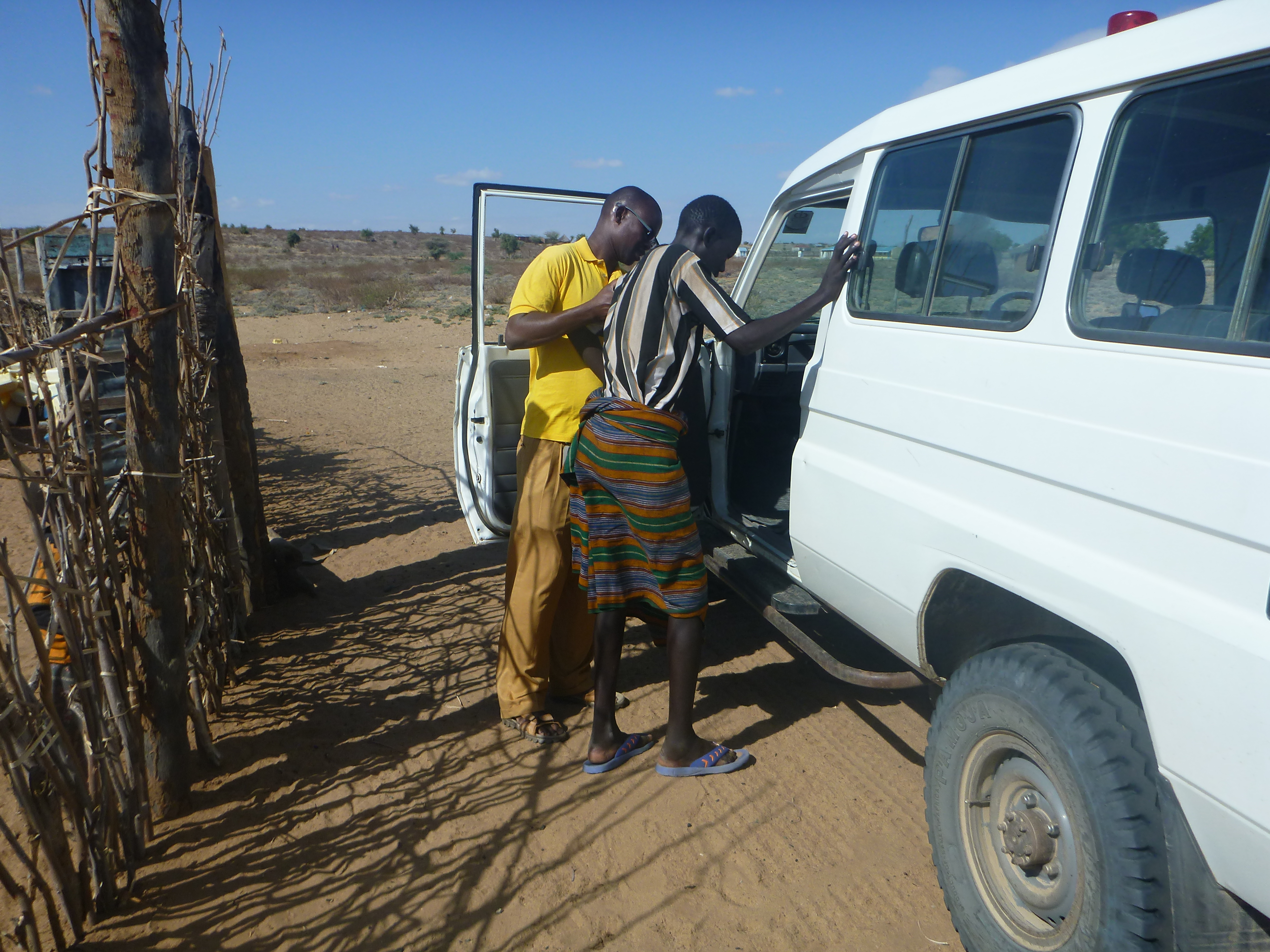 Early the next morning, Mr. Ewoi came to our Clinic just as we were about to leave to conduct a mobile clinic in another village. Having learned the urgency of his situation, we arranged for vehicle and staff to go and collect Mr. Ewoi. An hour passed and he was brought to Lodwar District Hospital for further management. After, four days, Mr. Ewoi was discharged in a fair state. He thanked us a lot that we saved his life. 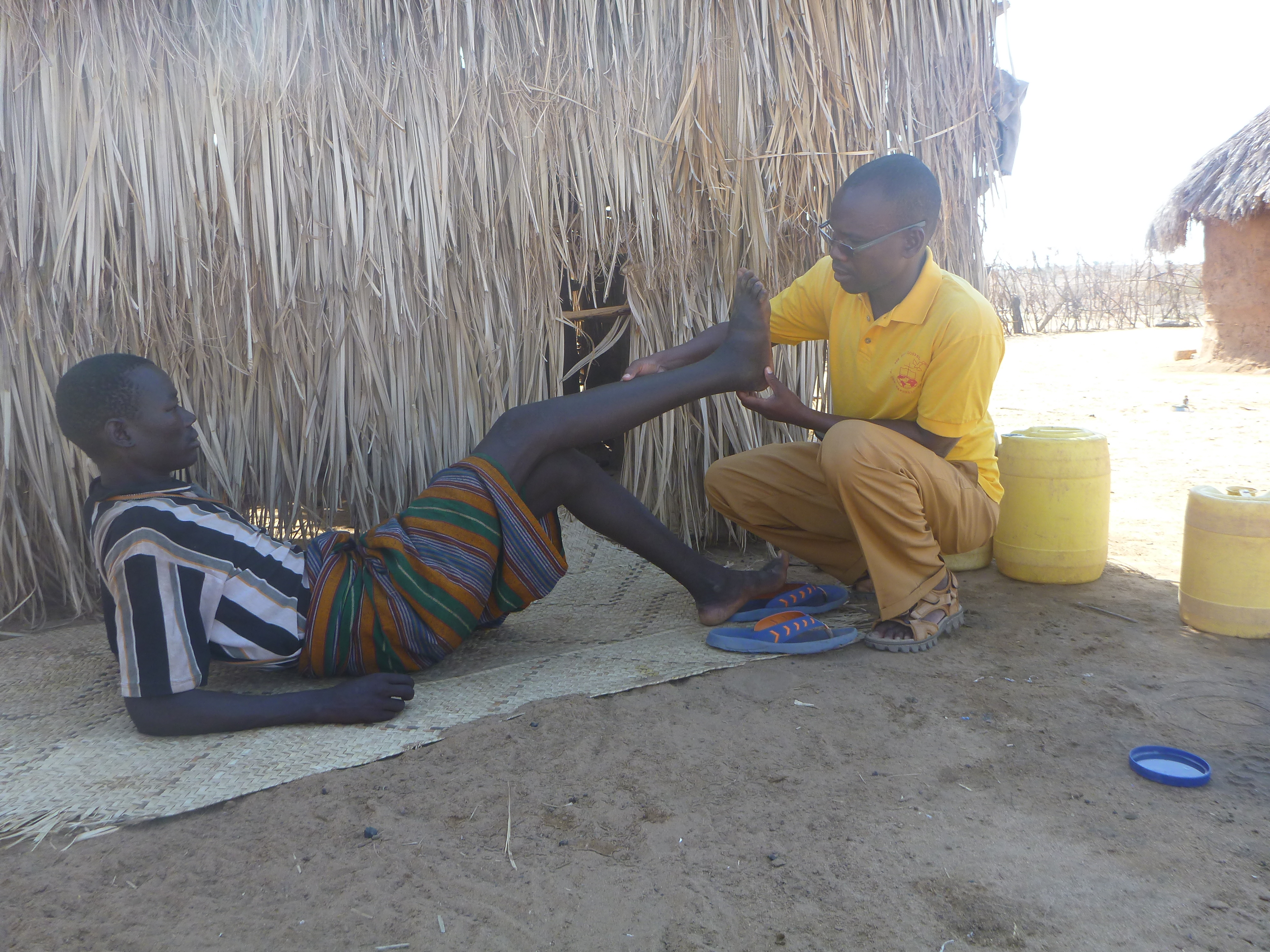 Mr. Peter Ewoi examined by a health worker at his home before referral to Lodwar District Hospital.

Health education plays a key role in Turkanaland. Many diseases occur due to lack of knowledge about prevention. Lack of education in the community about various diseases and illnesses has allowed their rampant occurrence in this community. So far, our program in this quarter has managed to conduct extensive public health education outreaches on various common conditions in the community. Management of malnutrition, which is common in Turkanaland, was emphasized to all villages as well as numerous other conditions. Malnutrition in children is common here and cases are seen in almost all villages. Most people manage their daily budget on less than one dollar a day. Our emphasis is on the management of malnutrition utilizing locally available food. Additionally, we provide education for the people of Turkana on prevention of malnutrition and on nutritious food.

We usually buy food in limited amounts for patients with malnutrition for distribution during our mobile clinic outreaches in rural villages. This enables us to have some impact though there is still more to be done. 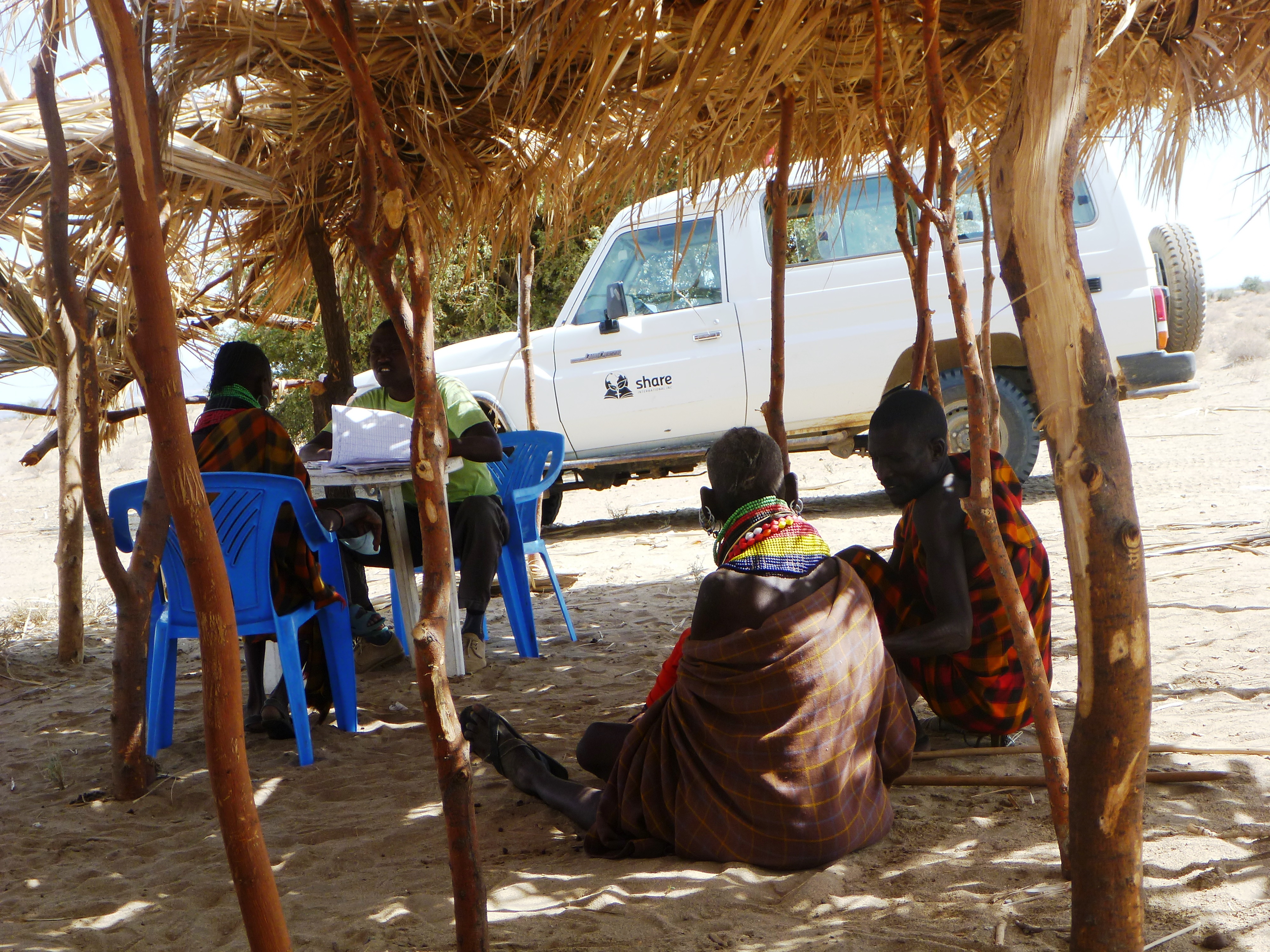 Maternal-Child Health services are critical services among communities living in the rural villages. Health facilities are few and as a result, mothers and children rarely receive this much-needed service. We fill this gap by providing maternal and child health services in selected rural villages. Financial constraints have hindered the availability and adequate number of staff that can offer these services to all of the villages that need it.  Additionally, there are many more very remote villages that urgently need these services.