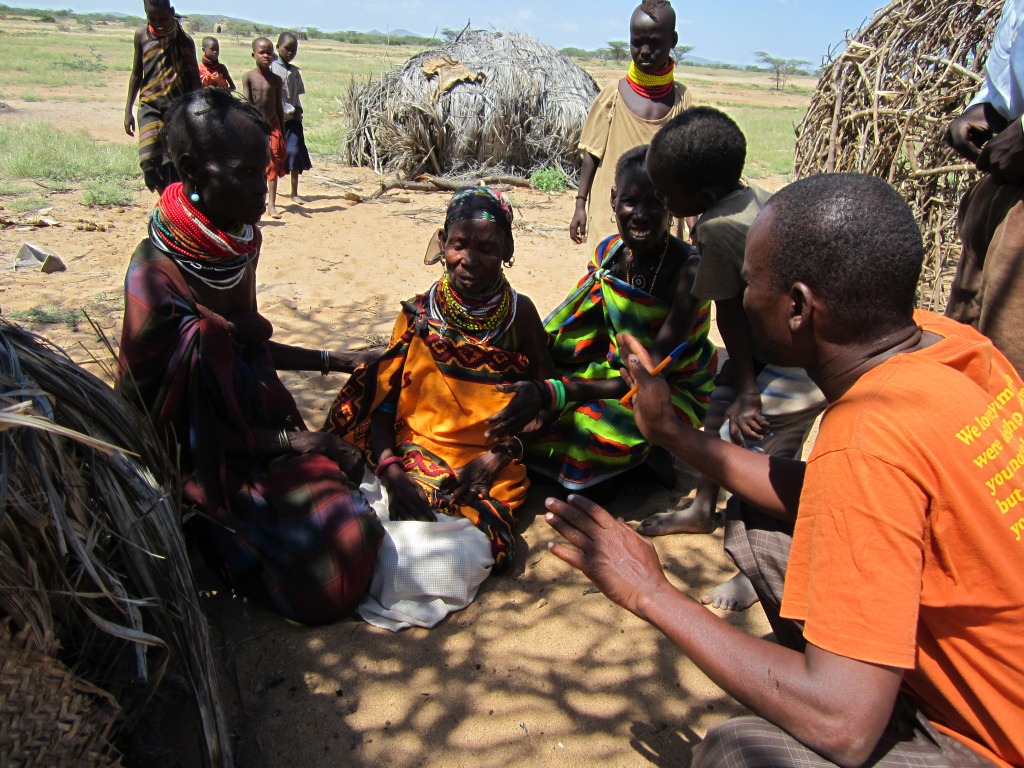 Photo: A patient requiring referral from mobile outreach to the Lodwar Hospital

A total of 5,113 patients were treated and 7,504 cases treated during this third quarter.

1. In the month of November, our health care team of four plus support staff crossed into the Kerio zone, an area far from our base clinic in Lodwar.  We travelled to the far end of it, 79 miles from Lodwar and visited three large villages where the people were displaced by hostile communities of the Pokot and Samburu tribes. The villagers had been robbed of all their animals, more than sixty people had been killed and displaced from their usual residences. Having received a report from a local civic leader of the need for emergency medical care, we headed to the villages with medicine and food and a team from the Ministry of Health. 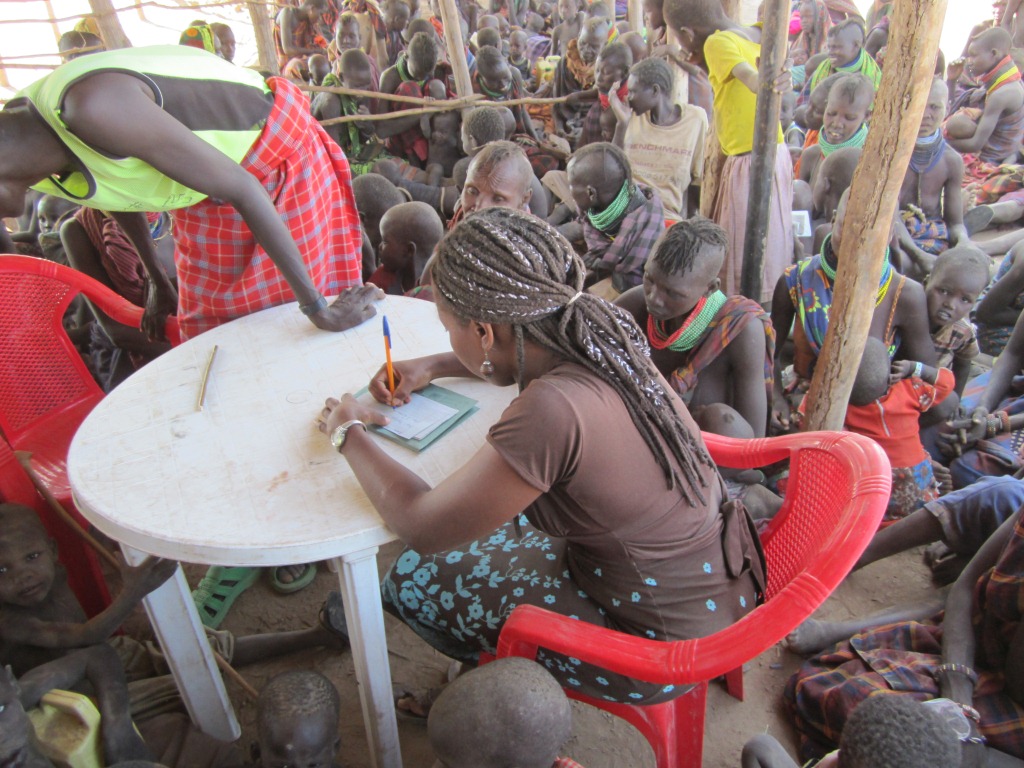 When we reached the villages, the situation was very worrisome. The villagers were really suffering, many with both adults and children suffering from malnutrition, and a number of them suffering from other illnesses. We also found acute cases of pneumonia due to recent rains, finding the villagers without decent clothing and shelter. By the time we visited the villages, more than forty people had lost their lives one old man had just died at the time of our arrival due to starvation.

On that particular day, we had much to do including prescribing medication, feeding severely malnourished children, giving public health teaching on hygiene and nutrition, and giving hope with prayer and counseling. Back in Lodwar we were able to visit with other organizations to organize more help for that community. Red Cross Kenya has since taken more food, tents and medicines to them.

2. During the month of October a fatal accident involving a bus occurred 26 miles outside of Lodwar Town. Many people died and many had serious injuries and fractures. In the aftermath, a lot of help was needed to save the victims of the accident. Fortunately, we were led to the scene of the accident and to a female victim and her son who had multiple fractures. The initial evaluation from the hospital indicated that the patients needed urgent referral to other big hospitals in the country for further management, but they had no way of getting there. While strategizing, a lady who lives nearby came in to help the same victim and to pay for the fuel for our mobile clinic vehicle to transport the patient to the Moi Teaching and Referral Hospital for further management. This patient and others reached the hospital in time and are undergoing treatment.

3. Mr. Joseph Lowoi, a 72-year-old man from Turkwel Village, 32 miles outside of Lodwar, had acute urine retention for 24 hours.  He lacked the means to reach the hospital in Lodwar and would have had to walk 32 miles to reach it. Luckily, his relatives met their area pastor who called us to help the patient. Having been briefed on the situation, we left for the village immediately and found the patient in a lot of pain because of a full bladder. Derrick catheterized the patient then gave treatment before taking him to Lodwar Hospital for further management. While in the hospital we visited him twice daily to check the situation. Three days later the patient showed great improvement and the abdominal ultrasound showed no abnormality, such as damage to the kidneys.  On the fourth day he was discharged in good health. He greatly appreciated the help he received while in a critical situation.