Kenya: Overcoming barriers to health with our Mobile Clinics 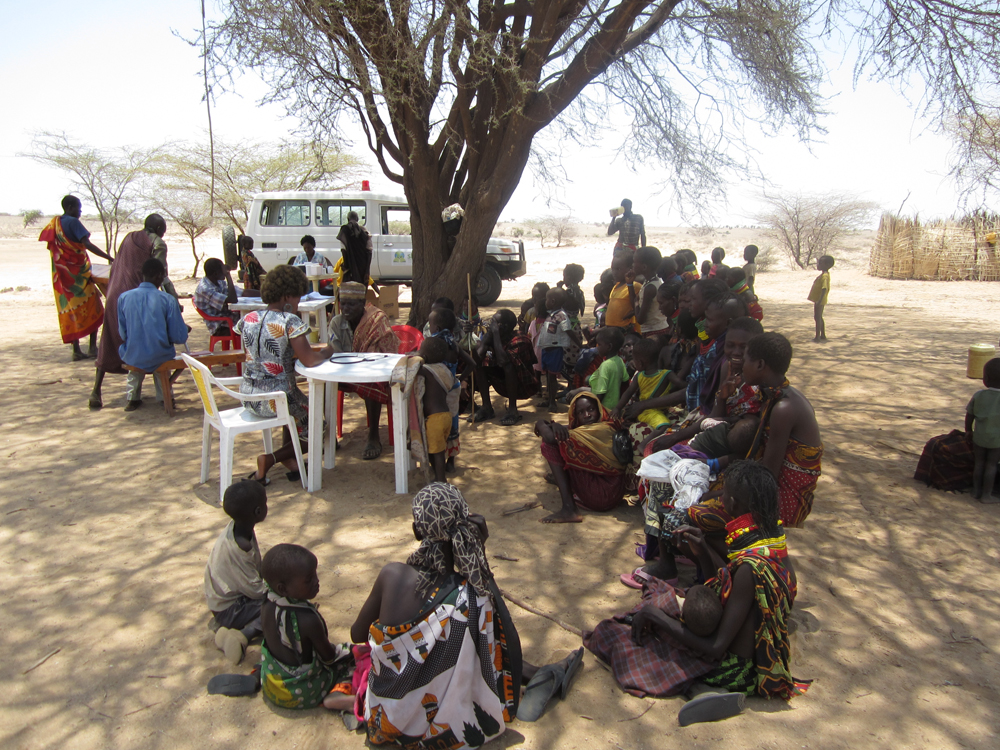 Photo: (left) Explaining medication use to patient, (right) and Eliud, our pharmacy technician, gives a public health talk on safe use of medicine. 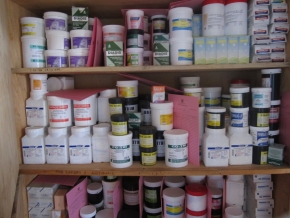 A total of 5,555 patients were treated and 7,054 cases treated during this quarter.

Mr. Jonah Mojong is an elder from Lomopus, one of the villages we go to for regular outreaches. He is a witch doctor who has always been against any modernization in his village.  He is an important figure, and the people in his village honor him highly. He has been against any development such as schools, medical clinics, churches etc. and his words seem final to most people living in that village  However, in spite of his opposition, the government and churches have been continuing development in the area and we have continued our medical outreach in order to help the community.

Unfortunately, Mr. Mojong became sick last July (2012). He was bitten by a snake while at home. It happened that the following day, we went to his village for our regular mobile clinic. After reaching the village, we were told that he had been bitten by a snake the previous night and seemed near death. We decided to go and check his condition and found him in a poor state. His whole body was swollen, bleeding in most orifices and he had labored breathing. We then made a decision to refer him to Lodwar Hospital for further treatment but unfortunately, his relatives refused this assistance. We decided to offer him treatment right there since we had the medicine to save his life.

After the initial treatment at his home that day, he improved quickly.  We gave the relatives more medicines to continue treatment and continued on our way. After one week, the witch doctor sent his son to bring a word of appreciation to us (medical team) having helped him in the critical hour of his life.  He further encouraged us to bring medicines to his village twice a month for he now sees the importance of our outreach.

We (health team) told his son to report to him that all development projects coming to his village are essential and he should welcome all for the sake of his family and the community at large.

In the month of August, we were able to reach a new village called Nakechichok Village. This village is poorly reached by health services and its inhabitants have multiple health problems and no access to health care.

A week earlier, one of our staff who was visiting the village, observed the poor state of health in the village and he called me (Derrick Lowoto) to explain what he saw. The following week, we travelled to the village with medicine and food.  The village was so remote that there was not even a road to reach it, merely a foot path.  After two hours we reached the village.  We found people gathered under all the trees waiting for our medical team. Almost everybody was sick and most children under five years and pregnant mothers had never had maternal-child health services. Almost all the children have grown without being immunized against childhood illnesses.

The clinic went on for over six hours straight without rest and we were able to treat everybody. The villagers were very grateful for the help we brought to them at the time they had health crisis. We then promised them another mobile clinic in September.

In the month of September we encountered an expectant mother from Naotin Village. She was at term and having difficulty in delivery. Fortunately her relatives called us for help.  Her relatives waited beside the road to guide us to the home, so we were able to reach her within a half hour.  There, we assessed the patient’s condition and found that it was not safe to deliver at home. So we took her to Lodwar Hospital where she later delivered a healthy male baby.

After one day the mother was discharged with her baby in good condition and we took her back home.