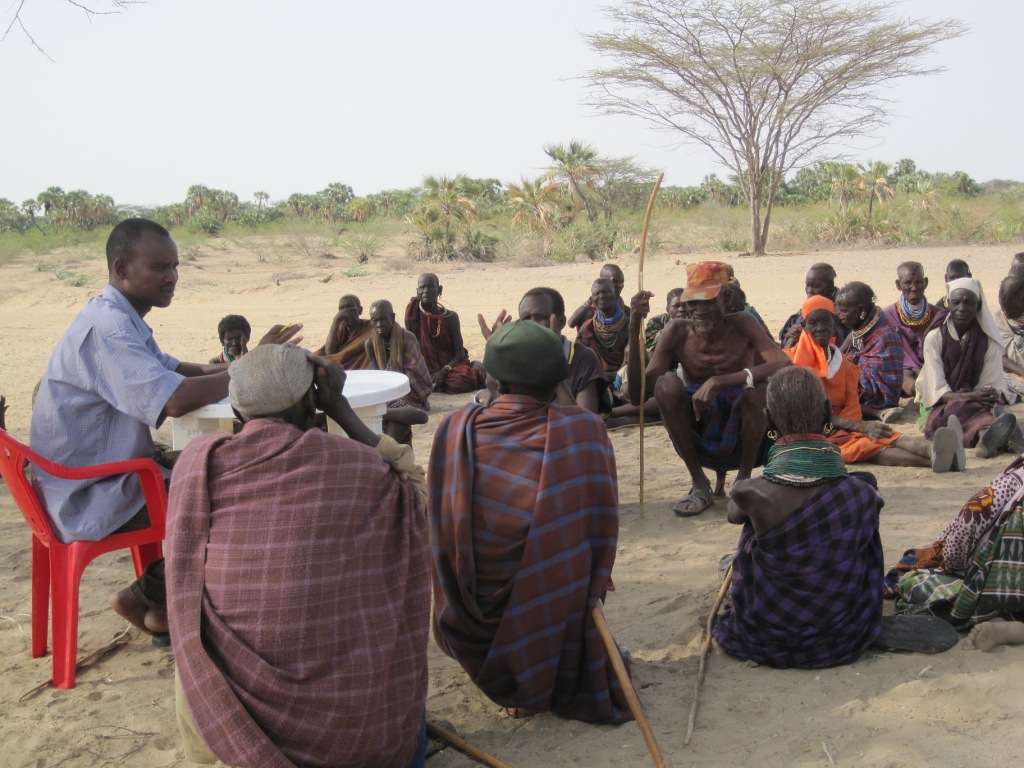 • 41 clinic days were held in the clinic in Lodwar town, with a total of 955 patients treated.
• 26 mobile clinic days were held with a total of 3,887 patients treated.
• 14 home visits (hospice visits) were done in this quarter.
• 16 referrals were made to hospitals or tertiary care centers during the quarter.
• Public health teaching done at the beginning of every clinic day for the patients who arrive early and individual teaching for specific cases in the course of treatment.
•Extra food and water was supplied to the villages affected by the famine.
• Purchased medicine from MEDS, a company supplying medications in Nairobi, Kenya.
• Incinerator to burn medical waste was built during this quarter. This allows the proper disposal of syringes and other equipment.

The target Impact this project has on the community (who is benefiting and how):

Having adequate medical personnel and medicine stores has enabled us to treat more patients and combat a wider range of diseases on a regular basis, especially in the remote villages. An additional five villages are being served since the first quarter of 2011, bringing the target population of this project to now 55,300.

The villages served (see also under #6) do not have access to other regular medical care. We are able to provide predictable clinic coverage on a monthly basis, as well as follow up if patients can travel to the Lodwar Clinic. The nomadic nature of the Turkana tribe causes the population of these villages to migrate about every 4 months. The improved quality and regularity of medication purchase from MEDS in Nairobi through RMF/MMI funding has allowed the clinics to be conducted regularly and improved the quality of the service. Previous to RMF/MMI involvement, medication was scarce and depended on availability of specific donations each month.

The clinic staff serves all villagers who come for treatment, but they see an especially high number of children and pregnant women. Prior to the funding provided through RMF/MMI, there were an average of one to two clinics per month, based on variable funding availability through private donors to Share Intl; now there are an average of 8 clinics per month. There often was not enough medicine in stock to treat; now the proper medication is always available.
Population of this project remains at 55,300.

1. Musa, a middle aged man living with terminal disease is among the patients who are grateful for the services we offer. Since he was diagnosed with HIV/AIDS, he has been getting free treatment in our clinic. Considering his poor state, he is happy and thankful for services that have prolonged his life more than he expected.

3. During the month of June, we were able to reach four villages 95km north of Lodwar. Having received information from a Share International missionary about the state of these villages, we had to plan immediately to combat an outbreak of malaria. These villages had never had medical services since the independence of Kenya in 1963, but they do walk 40km to get services from Kalokol along Lake Turkana. This is a very long distance to walk in the hot desert weather. On the first day we drove the mobile medical vehicle to the furthest village. After reaching the village, I tried to ask the villagers whether they had ever received medical services. One 88 year old man who came for treatment told me that since he was born in that village (Lokalalio) he had never seen a medical clinic. The presence of the mobile medical clinic on that particular day was a miracle to him and could be the end of the village’s suffering. He told me that they have been using herbs to treat various ailments.

4. Famine is currently threatening Turkanaland. During our medical clinic to the villages north of Lodwar, I encountered a child who had gone hungry for four days without food. Her parents had migrated towards Ethiopia, a country that borders Turkanaland. The ten-year-old girl was not in a position to support herself. On our arrival to the village for the clinic, we found her grandmother giving her water. When I tried to inquire whether the girl is sick, the grandmother cried; then she told me the girl has gone hungry for four days.

Immediately without hesitation I removed food from the vehicle meant for the patients. Half an hour later and eating some food, the young girl was in a position to sit and even walk. After the clinic, I gave the girl more food to take last her for five days. I also encouraged the pastor in the village to include the girl in his household daily meals until the girl’s parents return, during the rainy season.