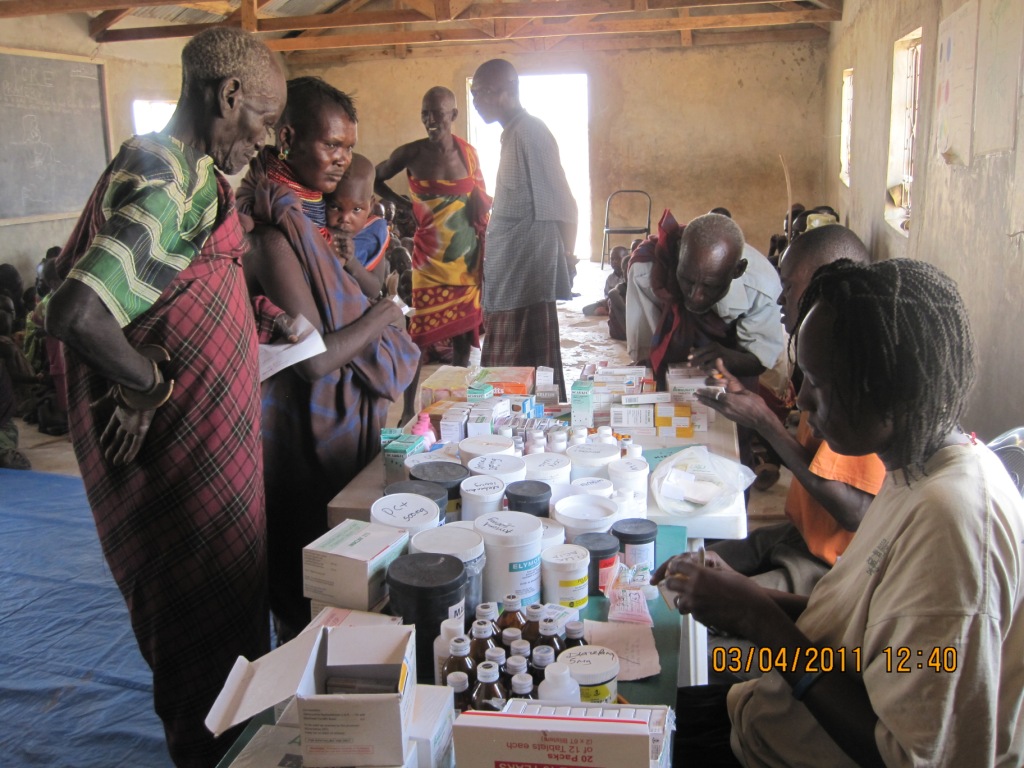 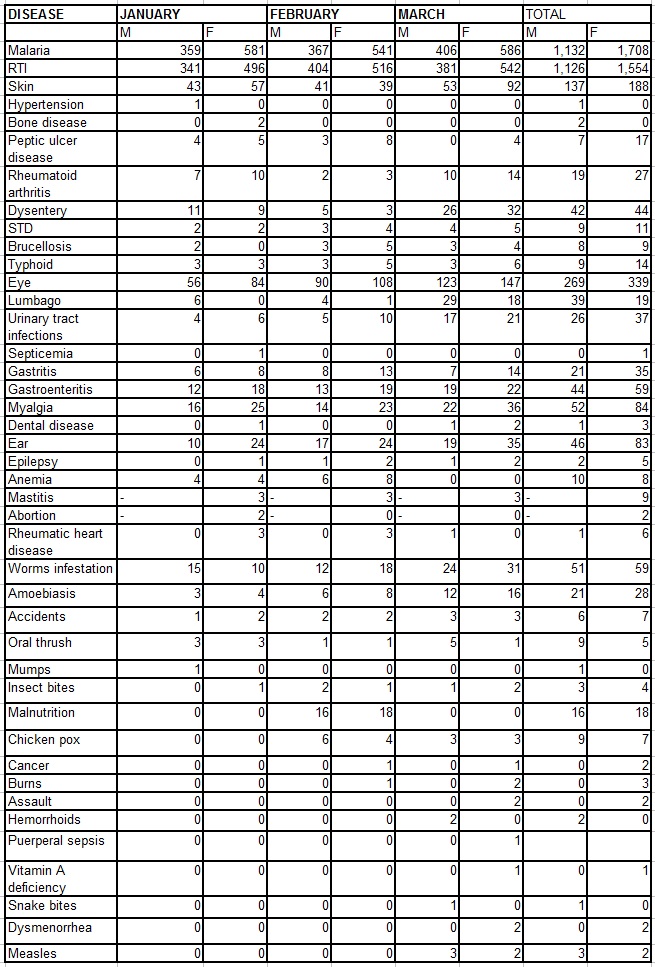 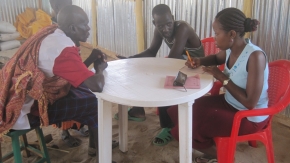 1) Mrs. Teresa Akai, aged 96 years, had severe broncho-pneumonia and rheumatoid arthritis. One evening the adult teacher from Nakabaran Village called our facility in Lodwar to save a sick patient in the remote village. After inquiring as to the state of the patient, we travelled to the village and found Mrs. Akai very ill. However, after initial medication administration, we decided to refer the patient to Lodwar Hospital for further management. After one week the patient was well and she was discharged home.

2) Grace Akai, aged 1½ years, had a debilitating illness two months after she was born. The mother of the baby had a long record of various treatments that her daughter had gone through, unsuccessfully. So, during her visit to our Lodwar Clinic we decided to take her to the chest and skin clinic in Lodwar Hospital to see the specialist. Fortunately, Grace was seen and after lab testing, the patient was diagnosed with tuberculosis and put on anti-tuberculosis medicines. Besides the treatment we also supplied the patient with nutritious food supplied by UNICEF. At this time, little Grace is doing well under treatment.

3) Mrs. Ekuam was happy when I went to Lodwar Hospital to see her with her child whom we referred to the hospital with severe malaria. Not just she herself but her son, too, was happy. Mrs. Ekuam had run into the Lodwar Clinic with a child who was convulsing. After initial treatment we referred the patient to Lodwar Hospital for further management.
In the hospital, her young son received good management and he was doing well with the treatment just the second day. After three days the patient was discharged home in a good state.

4) Ebei Etiir, aged 2½ years, had a perforated umbilical hernia that made part or his intestines push out through the abdominal wall. Parts of the intestine had decomposed and thus the fecal matter was oozing out. Our team found this patient in the course of our distribution of famine food in the Kerio zone 80 km east of Lodwar.

Fortunately, the Lodwar Hospital to which we referred the case was ready to take the case as an emergency. Little Ebei had an operation and it was successful. After one week he was discharged home in good condition.