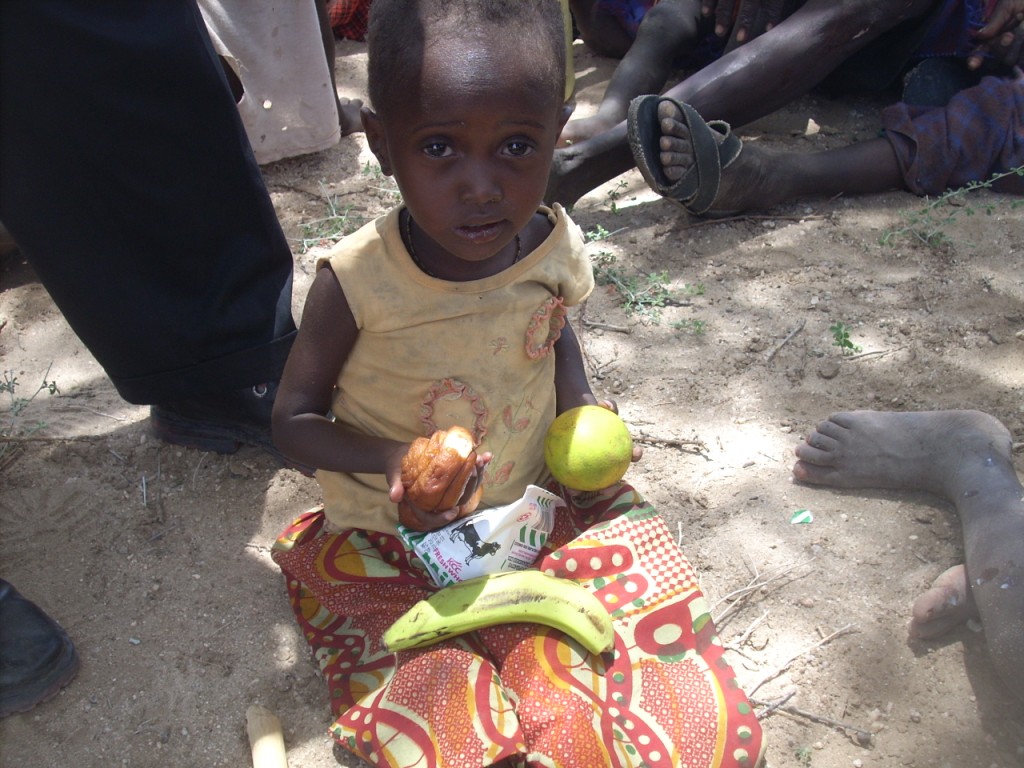 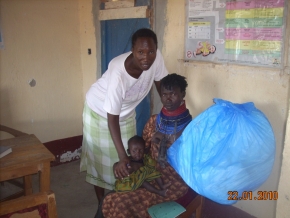 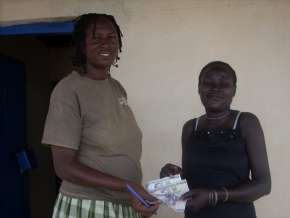 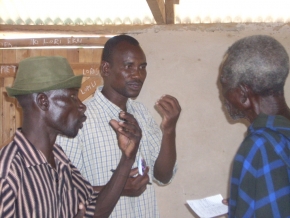 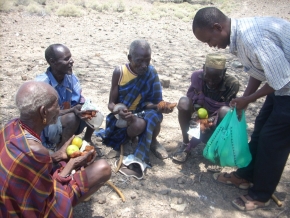 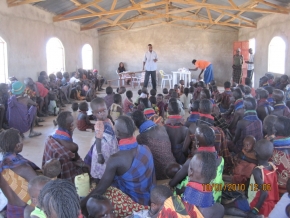 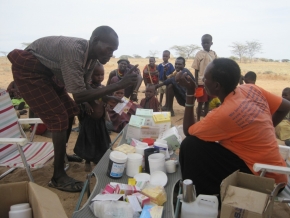 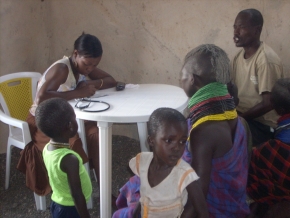 1) Ms. Jemima Lomodo, a 32-year-old lady from Nawoitorong Village who lives with HIV is grateful for what RMF/MMI has done for her. Last year she developed opportunistic infections that included diarrhea, respiratory diseases and skin diseases. Due to these, we counseled her about her HIV status so she would start treatment. When we took her for VCT (Voluntary counseling and testing), she was HIV positive. After the test, she was started on treatment. On 9/22/2010 I visited the lady in her home to know how she was doing. After the discussion I decided to allocate KSH 500(USD $7) for her from the hospice allocation fund in order to improve her vegetable business. Jemima was happy and set plans to improve her business in order to generate money to care for her children and herself. Jemima received the money and has improved her business.

2) Mr. Joseph Eregae, aged 42 years from Nayuu Village developed severe pneumonia while looking after his goats far from the village. Fortunately, a good Samaritan who was heading to Lodwar town encountered the man under a tree unable to breathe well. The good Samaritan called his relative in Lodwar to get the vehicle to save the life of the patient. This relative came to us and told us of the sick patient in Nayuu Village. It was then that the health team travelled to the site to rescue the sick patient. We treated the sick man at our facility since we had good medications for that case. One week later, Mr. Eregae travelled from Nayuu Village to our facility in Lodwar to give thanks for the good we did to save his life.

3) Mr. Joshua Nangitoi, a 57-year-old man from Nayuu Village, lacked adequate words to explain the good we did for him. This man had acute diarrhea that he caught while looking after his goats in the bush. It was on that fateful afternoon that his wife got worried because he was missing and decided to search him in the bush. Fortunately she found him, but he was already worn out due to diarrhea and vomiting. It was at this point that Joshua’s wife thought of help from the health team in Lodwar. The lady ran over 20 km to our facility in Lodwar for help. When we learned of the news, we packed the necessary medications and left with the mobile clinic vehicle.
The patient was in poor condition when the health team reached him. Treatment started immediately there before transfer to Lodwar for further management. At our clinic in Lodwar, we kept the patient for observation since we had good medications to treat the patient. After four hours, the patient was able to talk and even identify people, which he had not been able to do before. Overnight, the patient and caretaker stayed near our clinic where his relative lives. The following day, the patient was stable and we discharged him to go home on treatment. He was taken home the long distance to his village with the mobile clinic vehicle. One week later, Mr. Joshua visited us in the Lodwar clinic just to give thanks for the good we did to save his life. He narrated to us the cause of his diarrhea as being the meat he was given by a stranger who was travelling to Lodwar Town.

4) Mrs. Miriam Lochede, a 16-year-old young mother from Kanamkemer Village had difficulty in passing urine after giving birth. The first two days after delivery with a full bladder were the worst days in her life. However, her mother came to our clinic in Lodwar for help. After explaining the problem, we packed the necessary supplies and went to see the patient. When we reached her house, we found the patient in pain with elevated body temperature. We started treatment immediately. The patient required a bladder catheter for three days besides other treatment. Fortunately, after five days the patient was stable and free from any danger.