The September 7th NY Times article by Jeffrey Gettleman, which highlighted the life threatening impact of the drought in Northern Kenya, called to action Real Medicine Foundation to coordinate a supply chain for water and food aid and medical support to the region. 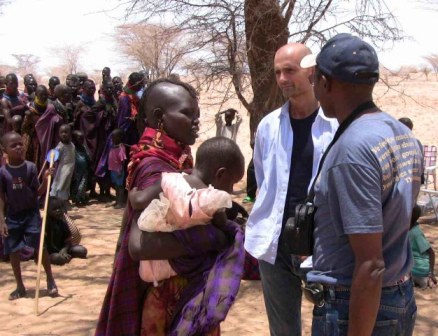 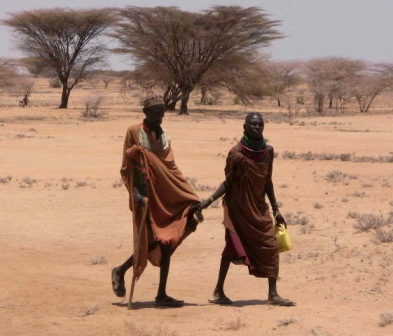 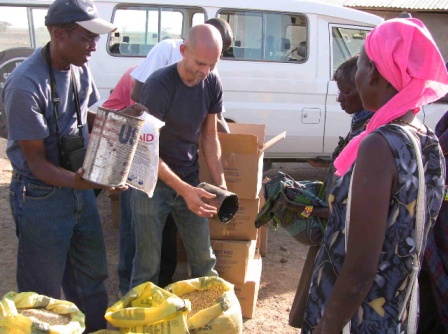 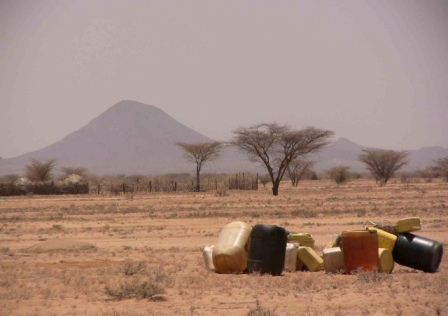 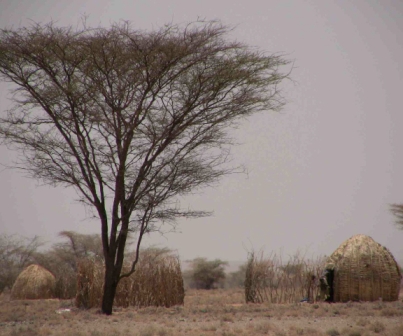 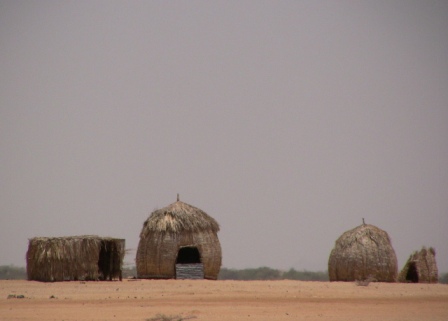 I then traveled to Lodwar in the Turkana region with Share International Founder, Sammy Murimi, pictured with me above, whose organization has been actively supporting the people of Turkanaland since 1997. The terrain was unimaginably arid, rocky and hot, void of almost all live save the people of local tribes awaiting support under the shade of the dying mature trees. 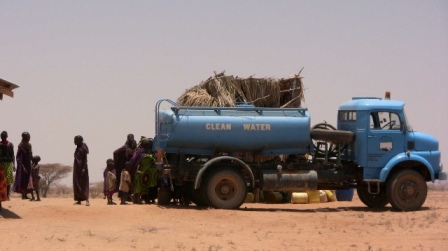 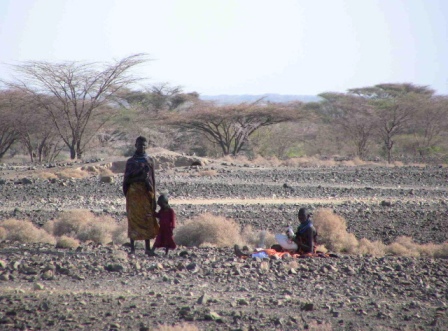 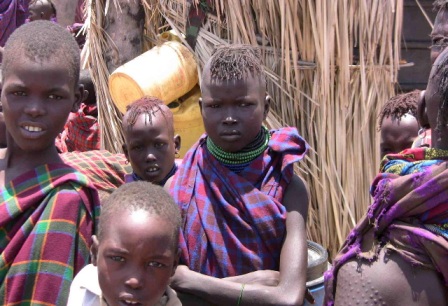 People also walked from great distances in the open sun for assistance, including woman and children.

In the afternoon we traveled to another outlying community in desperate need of food where we distributed about 100 kgs. of corn. “To arrive on the at the distribution sites and hear the Turkana people singing, brought me to tears.” The only consolation was knowing that Dr. Fuchs would be arriving the following week to distribute $5000 worth of emergency food aid and provide medical support and water to move communities in the region. Longer term strategies for sustained support are also being discussed. 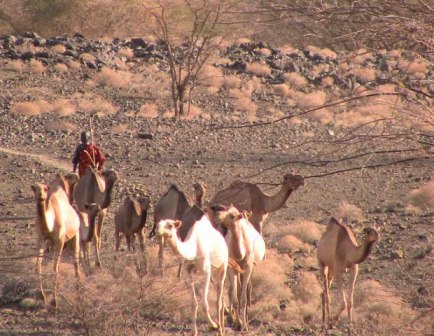 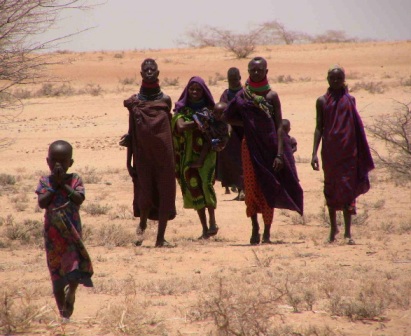 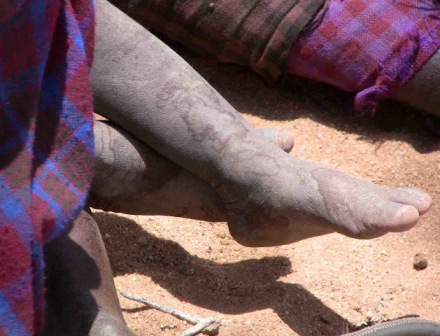 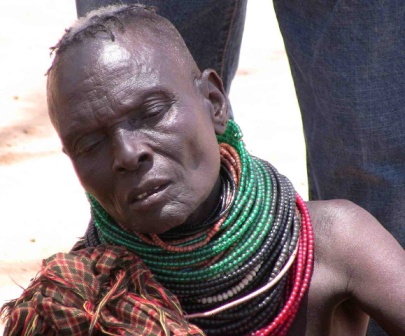 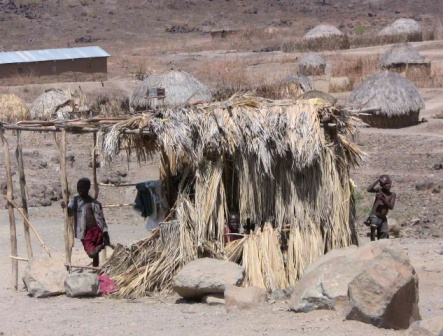 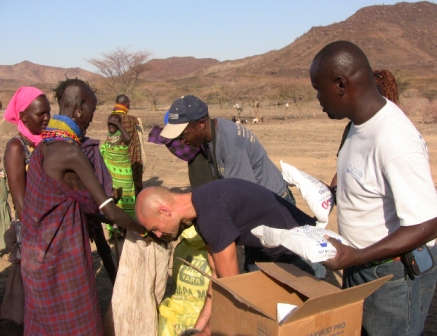 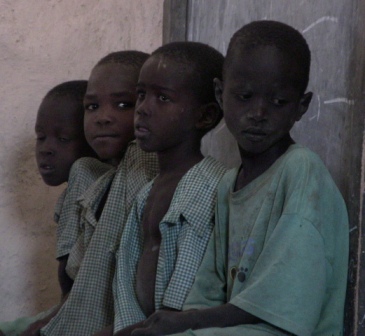 Despite these efforts, much remains to be done to establish sustainability for these people, in particular access to available water to grow food. We had an opportunity to visit a small solar irrigation system that helps 10 families produce food for them. In addition to facilitating larger scale water and distribution efforts, RMF is exploring how to leverage the remaining natural resources to empower the Turkana to sustain under such harsh conditions. 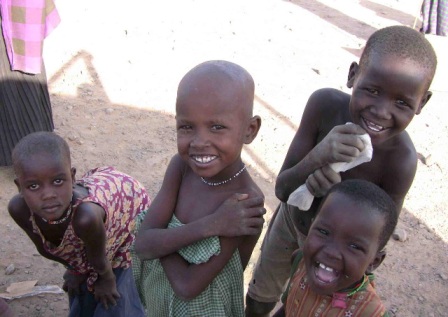 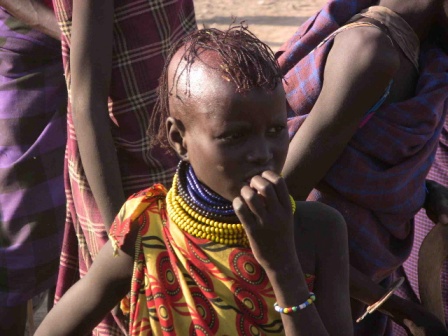 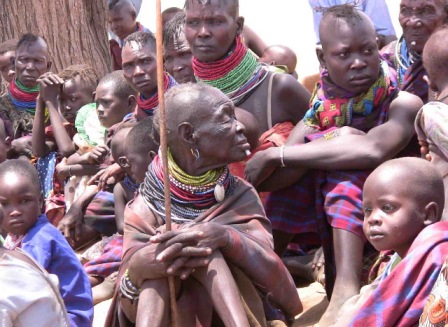 Despite their circumstances the children remain hopeful and shared some smiles. 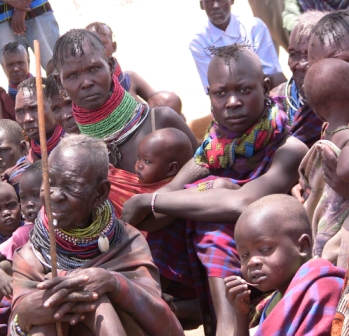 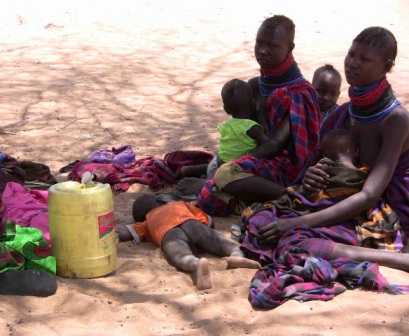