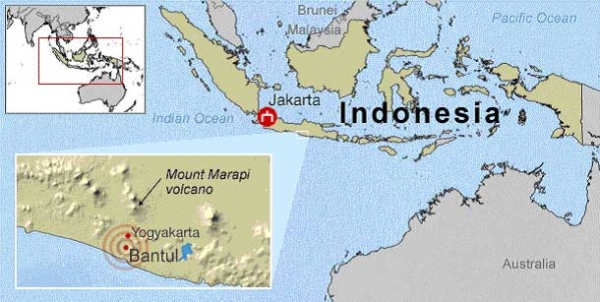 A magnitude-6.3 earthquake struck at 5:54 a.m. on May 27 near the ancient city of Yogyakarta, 250 miles east of Indonesia's capital, Jakarta. The massive earthquake has so far killed almost 5,700 people, seriously wounded more than 20,000 and left 200,000 homeless. Many of the homeless people remained near their damaged residences in makeshift shelters. Since the quake struck, there have been several hundred aftershocks. The earthquake's epicenter was close to the rumbling Mount Merapi volcano, and activity increased soon after the temblor.

Thousands of the survivors are in urgent need of medical assistance. Many areas are still struggling to see aid deliveries, and hospitals in the region have been overwhelmed by the injured as the death toll keeps climbing and hopes of finding more survivors fades. In the hardest-hit district of Bantul, rescuers tried to pull bodies from the rubble as residents started digging mass graves. A local official reports that 600,000 of the 800,000 people in the district needed assistance. Medical teams are struggling to care for the injured, hundreds of who are lying on plastic sheets, straw mats and even newspapers outside the overcrowded hospitals, some hooked to intravenous drips dangling from trees. "We need help here," said Kusmarwanto of Bantul Muhammadiyah Hospital, the closest hospital to the quake's epicenter, adding that his hospital alone had 39 bodies.

The Real Medicine Foundation is preparing to send medical teams and much needed medicines into the disaster area. We are also accepting donations for water purification supplies, blankets, tents, clothing, and food.

Your help to get the support and supplies to the victims of this disaster is urgently needed and highly appreciated. To make a donation to Real Medicine's relief efforts for the Indonesia Earthquake disaster, please click here. 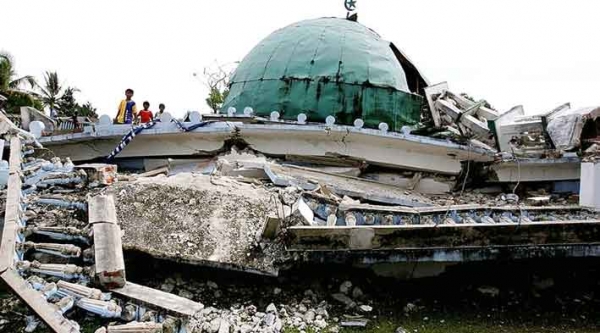 The earthquake of May 27, 2006 is the worst disaster in Indonesia since the December 26, 2004, magnitude-9.1 earthquake that triggered a tsunami, killing at least 131,029 people in Indonesia alone. Another earthquake on March 28, 2005, killed about 900 people off the western coast of Sumatra.

Indonesia, the world's largest archipelago, is prone to seismic upheaval due to its location on the so-called Pacific "Ring of Fire," an arc of volcanoes and fault lines encircling the Pacific Basin, marked by heavy volcanic and tectonic activity. Scientists are worried about the impact of the quake on Mount Merapi, which experts and villagers have watched closely in the past few weeks. The nearby volcano has been rumbling for weeks, spewing out lava and hot gases.