On the road-Migration and HIV/AIDS

Far from Jack Kerouac’s spontaneous journeys of self-discovery across the United States, here in Jhabua migration is a fact of life, with an average of 60% of the population migrating seasonally for work. Our calendars revolve around crop cycles, and all holidays and planned family events coincide with the comings and goings of relatives and members of the village. 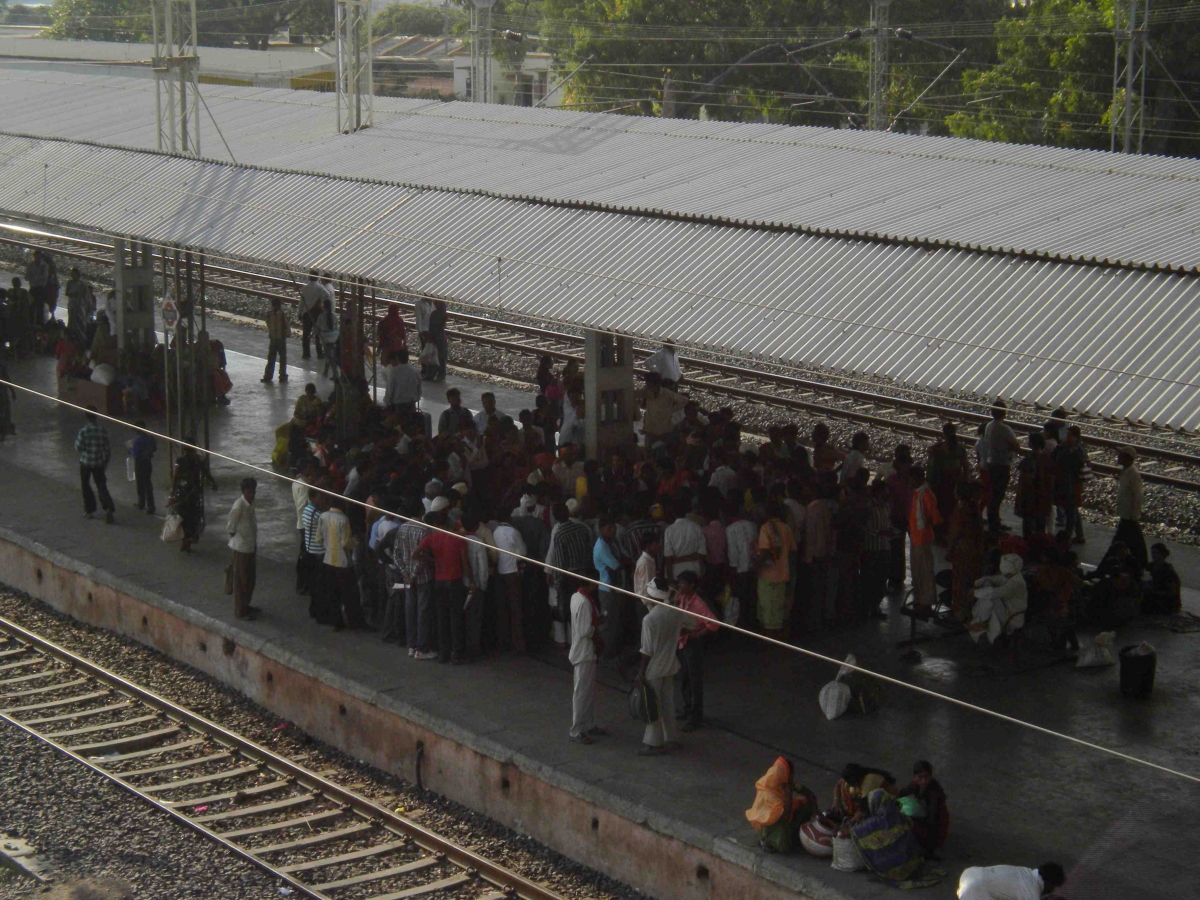 The locals know the bus and train schedules by heart, and special migrant buses are scheduled to carry the farmers away for work in other parts of the state, or other states in the country. As the rains diminish at the end of monsoon season, communities prepare for a sequence of migration that lasts until the next monsoon. The children and wives that stay behind are supported by the village, and the children and wives that leave prepare for life on the road—although little preparation is required as this is routine and material possessions are few. 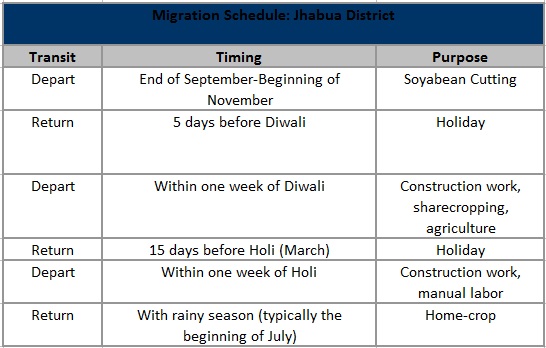 However, life on the road comes with its share of risk. Women and children are affected, going and staying, experiencing heightened levels of vulnerability and malnutrition. And then of course there’s HIV/AIDS. Globally, migrant men are considered a bridge population for HIV/AIDS, due to access to higher prevalence zones and increased participation in risky behaviors. The scariest factor of all of this is the lack of awareness of the risk: according to our baseline data, 99.4% of men migrating in Jhabua have never heard of HIV.

In October 2010, MPSACS enlisted RMF-India to roll out a pilot program addressing HIV/AIDS with migrant populations in Jhabua. The goal of the pilot is to increase HIV/AIDS awareness among migrants, targeting the points of transit (bus and jeep stands, railroad stations) with street plays, videos, handouts, and condoms.

On November 9, 2010, RMF launched the pilot to reduce the number of people who have never heard of HIV and bring awareness to this bridge population of HIV/AIDS signs and symptoms, method of transmission, and prevention. Targeting the post-Diwali migrant crowd, program staff set up programs at two bus and jeep stands and one train station. A local theater troupe (including a staff member from the NRC) created a play focusing on stigma and transmission, and a good friend in New York, Ramon Rodriguez, created a ‘Stop AIDS’ illustration to develop new awareness materials with. In the first week of the program, 1815 people were reached and 1070 condoms were handed out. 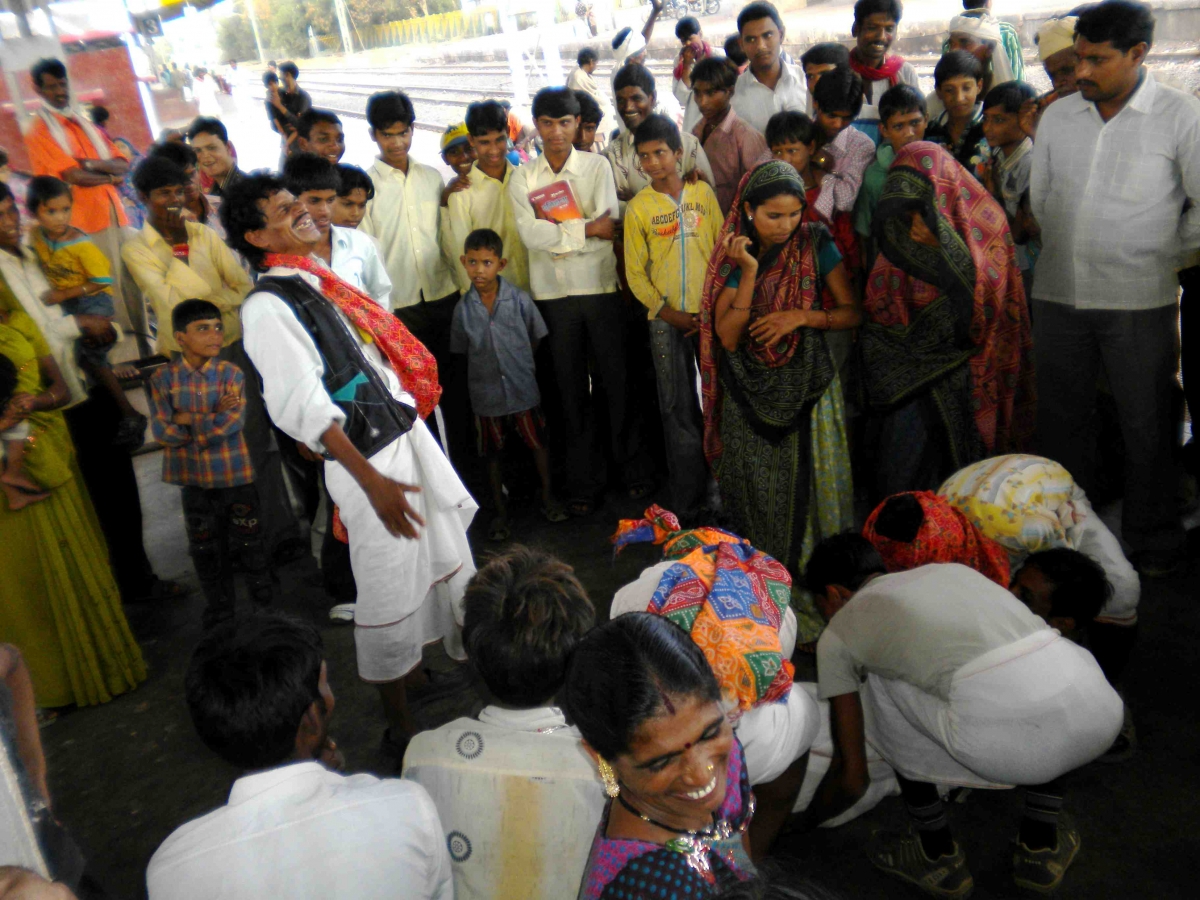 The global battle against HIV/AIDS is multifaceted and we’re all still trying to figure out the best way to reduce transmission, increase awareness, and empower the global community to take a stand against HIV/AIDS. As climate changes force people from their homes in search of livelihood, migration will become an ever-increasing factor in the fight. This pilot is a first step in the creation of awareness and prevention messages for all migrants, present and future. This is a great first step on behalf of the Indian government and RMF to stop HIV/AIDS at the source. Through collaboration and partnerships, we are able to create the most effective tools to bring awareness to large populations and take a stand to stop HIV/AIDS.